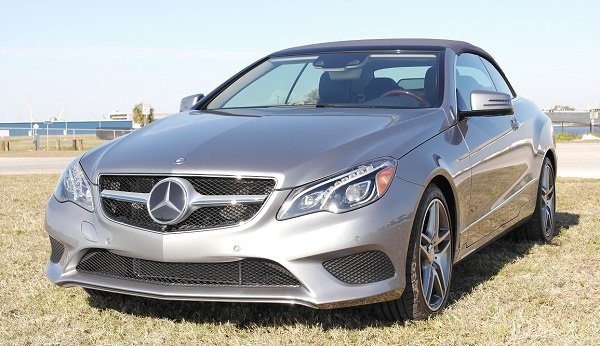 As an enormous fan of the original 2010 W212 generation E-class, I was more than a little worried when the introduction of a 2014 facelift was first announced during last year’s Detroit auto show. After all, the W212 was considered, by many in addition to me, to be perhaps the best-looking Benz sedan of the modern era. Why mess with success? As it turns out, I needn’t have worried. Because while the rectangular quad headlights and the sedan’s throwback ponton-style rear fender flares are now gone, an extremely cohesive and simply handsome car remains in place. 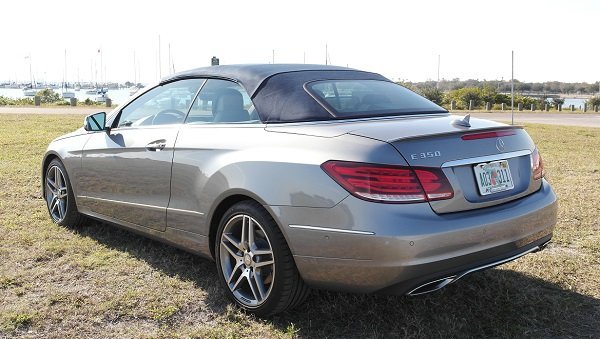 I’ve had a bit of seat time in the E-class before now. I’d driven the E350 sedan in both W212 and W211 guise courtesy of a few family members, as well as this 2014 refresh in E550 Cabriolet form. The E550 was stonking – possessing a spread of 440 lb-ft of torque available from just 1600 rpm, thrust is shall we say ample. Strapping two turbochargers to a V8 will do that. The E350 sampled here features no such forced induction, but that doesn’t keep it from being a pleasurable powertrain – while the 7-speed auto’s programming lacks the shift immediacy of rivals, the E’s character supports a more laid-back driving style, anyway. The 3.5-liter V6 still produces class-competitive power and torque, as well as a nice induction growl under sharp throttle inputs.

It’s honestly refreshing to drive an upscale car these days that hasn’t had an unnecessary amount of “sportiness” thrown at it – while this car featured the so-called Sport package, it was thankfully limited to 18” AMG wheels, drilled pedals and butt-hugging multi contour seats. No harsh suspension or gloopy adjustable steering here, thank you, and this E350 is a better car for it. It goes down the road with precision yet manages to provide the requisite layer of isolation that is the mark of a good luxury car. It’s quieter with the roof up than any fabric-hooded droptop has a right to be, and with it down, it is mercifully free of heavy drafts. The ride is comfortable, and the chassis exhibits virtually zero scuttle shake or rattles over broken pavement.

That solitude extends to the cabin, which lacks some of the whiz-bang componentry of the upper echelon six-figure cabriolets but feels constructed on a par with those pricier rivals. Against something like a loaded BMW 4-series convertible, which can crest $70,000 if you get careless with the options, the larger E acquits itself extremely well. Benz’s COMAND infotainment suite is my current industry favorite in the luxury strata thanks to its crisp looks and ease of use. It avoids the labyrinth of submenus that can distract in some rival systems, instead placing all major options across the four to five levels of the screen’s horizontal plane. The column-mounted gear shifter will have its detractors, but in a car with the E350 Cab’s intentions, I thought it worked just fine. You’ve still got wheel-mounted paddles to rely on for manual changes if the need arises. The rest of the interior feels made of nice stuff and is handsomely designed, on a par with our tester’s fully loaded price tag of just under $75,000. For someone that wants an unruffled ride and doesn’t care about someone else’s definition of sportiness, the E350 fits the bill nicely. 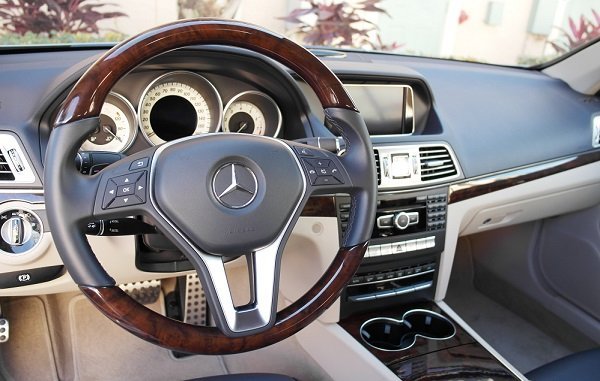 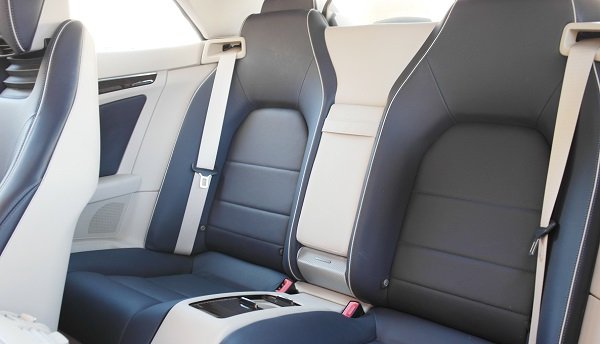 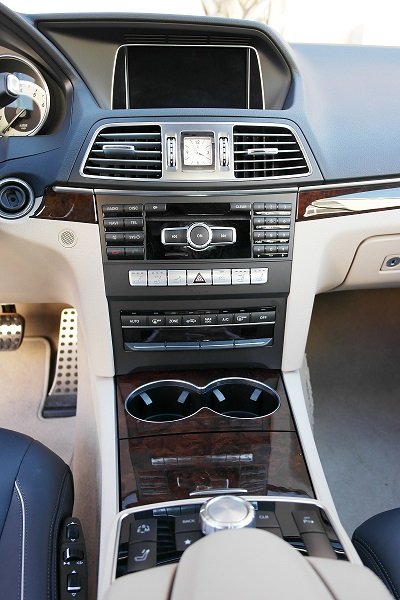