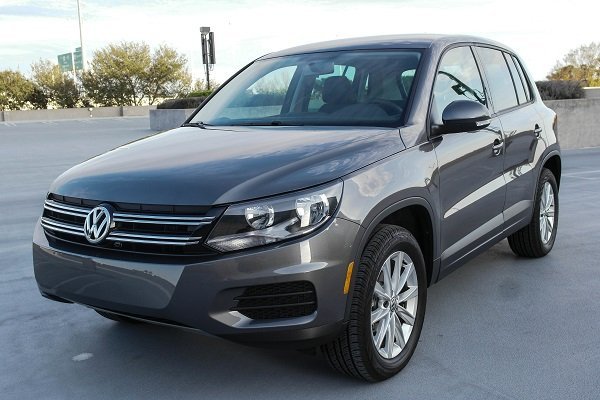 VW’s first major foray into the US’s highly competitive (and highly important) small SUV marketplace was with the Tiguan back in 2008. The SE model pictured here is now six model years old, but largely unchanged. Has the Tiguan blossomed for the brand, or been left to wither on the vine? 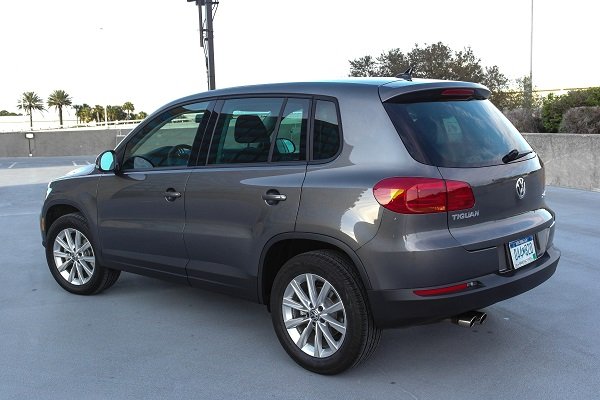 The fact that the Tiguan sells in largely the same format as it did when first introduced says more about the basic goodness of this “GTI on stilts” than any negligence on VW’s part. In fact, the car still feels fresh and competitive in 2014. Much of that is down to the level of construction and fit and finish in the cabin – a VW hallmark, but worth noting just the same. Despite having all the color variety of a coal bin, the Tiguan’s interior is airy and impeccably screwed together, feeling like something Audi could have sold to an unwitting customer who didn’t notice the VW badge on the grille. 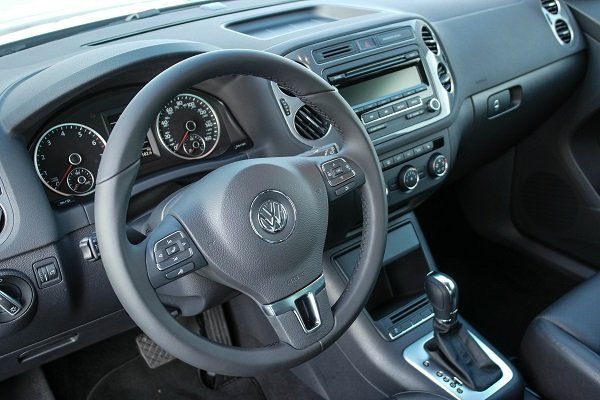 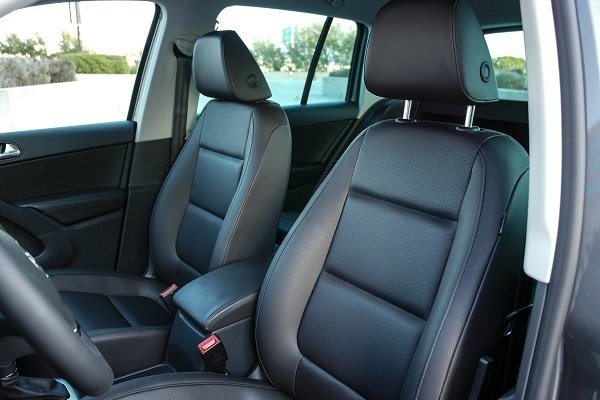 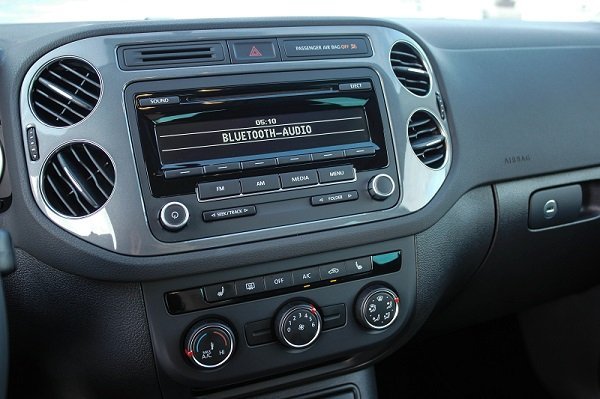 That solidity extends to the chassis and powertrain matchup; the 2.0 TSI engine from the GTI is pinned for duty here, matched up to a traditional 6-speed automatic instead of that car’s DSG gearbox. Throttle tip-in and midrange response are both well-judged, though the Tiguan’s extra few pounds do somewhat diminish the playfulness of this engine when installed in the GTI. Nevertheless, the 2.0T never feels out of breath and totes the Tiguan around with more than enough vigor. The 6-speed auto is smooth but tends to seek out the highest gear and stay there unless you’re really prodding the throttle, but that helped net an encouraging 25.3 miles per gallon overall out of the cute-ute during its time with me. At least you can call on the turbo four’s torque to pull you around slower traffic without necessitating a downshift, a feat few naturally aspirated competitors can accomplish. 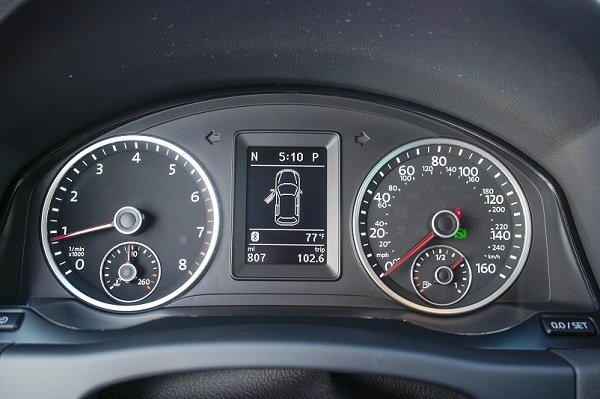 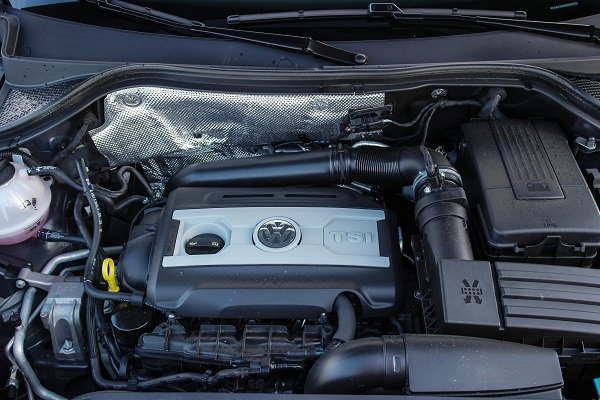 Handling isn’t quite GTI tight, but it’s nip-and-tuck: the Tiguan is extremely agile for a compact SUV. The ride-and-handling tradeoff is well-judged; larger impacts are more heard than felt and all the rough edges are polished off the smaller divots in the road surface. 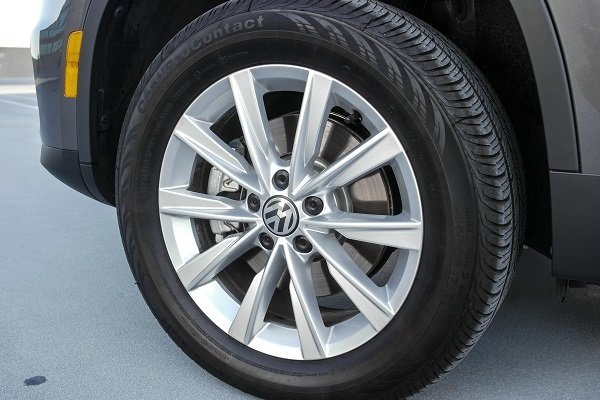 The Tiguan’s really only been dinged in the past for its lack of cargo space compared with competitors, though honestly, the size and shape of the cargo bay, especially with the back seats folded flat, provides a meaningful argument in the Tiguan’s favor over other practical family mates like the GTI 5-door or Jetta Sportwagen. It’s also handier to park and a fair bit more nimble than its larger competition. To accommodate larger parcels, the front passenger seat folds flat – a trick not always included in this class. 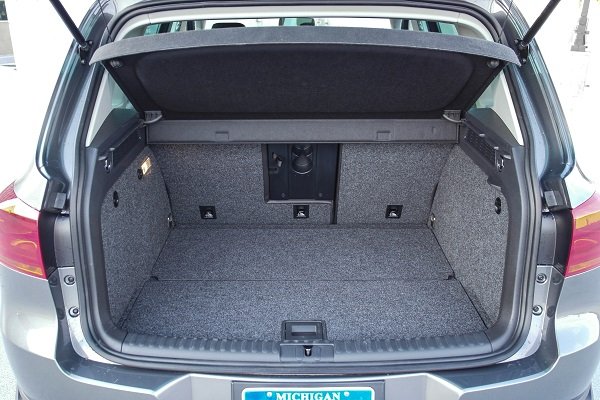 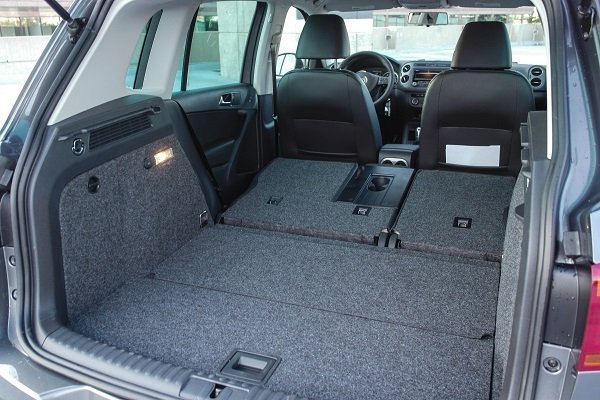 The Tiguan proves good things from Germany usually come in small packages, and with a redesign looming on the horizon, let’s hope VW doesn’t engineer any of that GTI DNA and build quality out of the current Tiguan’s successor. 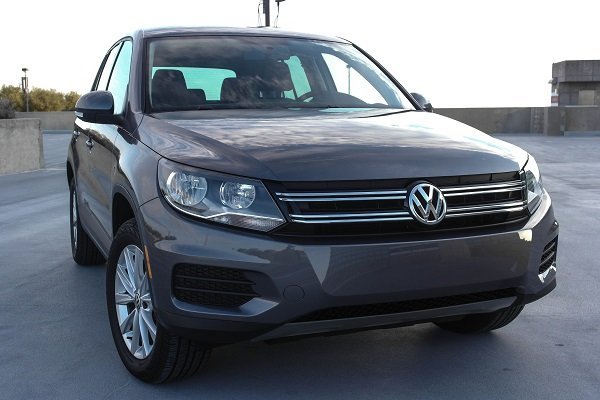