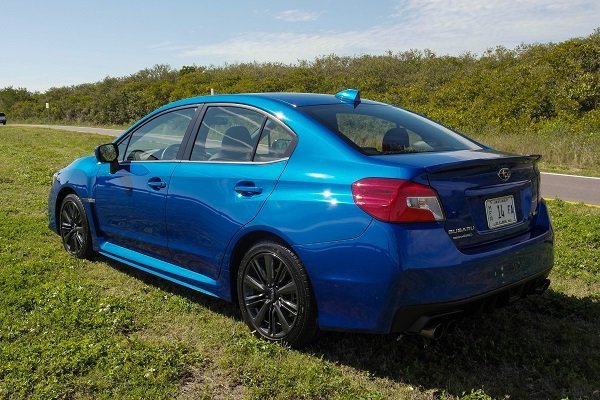 They’ve got a point – this WRX really handles. The predominant characteristic is still understeer – it is all-wheel-drive, after all – but there’s a thick layer of grip to make your way through before understeer sets in, and even then, it’s easily balanced by a trailing throttle and a little less sawing at the wheel. Sticky Dunlop SP Sport Maxx summer rubber is partially to thank for the high cornering limits, as well as the far stiffer chassis – despite the hard ride, things never get bouncy, and the interior evinced no squeaks or rattles after the 5,000 miles of journalist abuse endured by our test car. 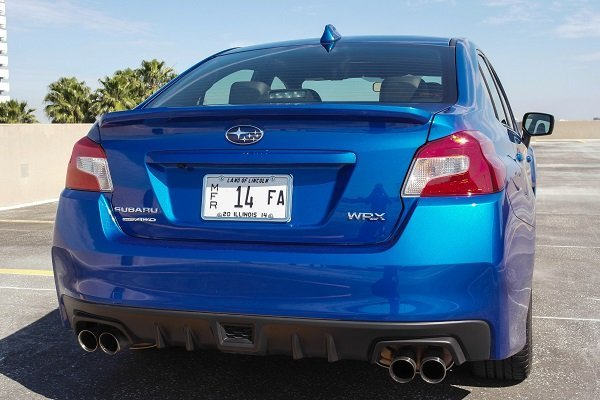 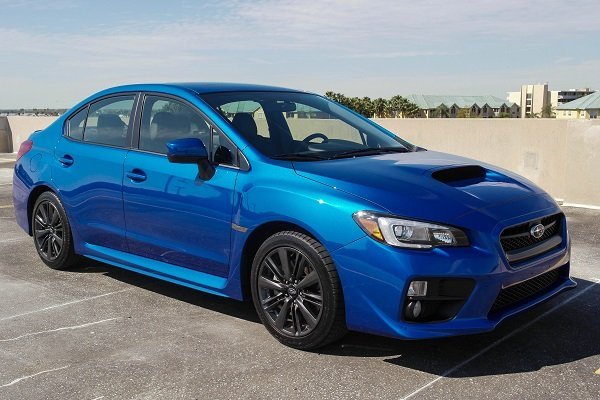 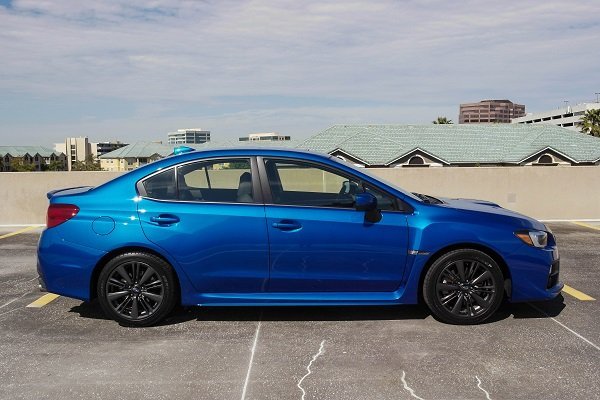 I tend to experience pangs of disappointment whenever I receive a press car that has the option of being equipped with three pedals, but shows up only equipped with two. First world problems, right? Petty, I know – but it’s the car guy in me that begs to row my own, whatever the vehicle. Such was the case with this WRX – for the first time, it’s available in the states with an automatic gearbox in addition to a manual (itself now a 6-speed instead of a 5). And not just any automatic, mind you – a CVT. Before you utter “the horror” in Colonel Kurtz overtones, this isn’t your average CVT. Subaru produces pretty decent CVTs anyway, but the one in the WRX bears little in common with those, at least in execution. In “Drive”, the transmission behaves pretty much as you would expect a variable unit to, although with a lot less of the associated drone experienced when these gearboxes are mated to four-cylinder engines. Some of that’s down to good programming, and the rest to the effervescent new 2.0-liter turbo boxer four, which cranks out more power and torque than the old 2.5-liter without exhibiting a hint of lag. 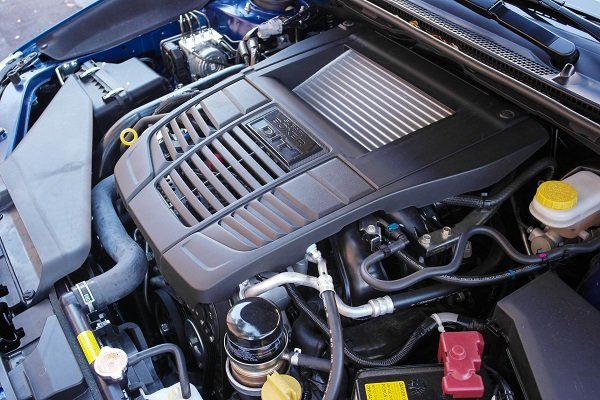 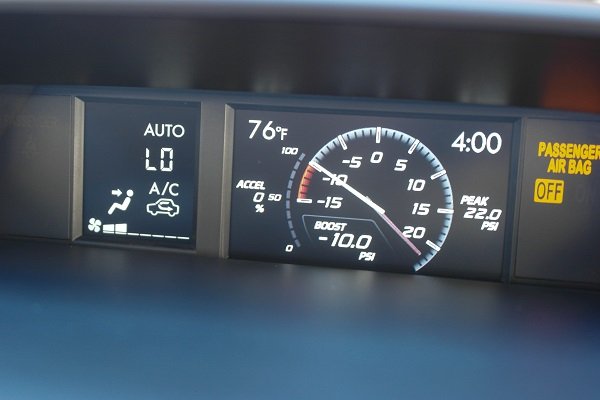 In manual mode, though, everything changes – the CVT takes on the personality of a competent 6-speed auto (8-speeds in the selectable “Sport Sharp” mode), with quick and buttery-smooth upshifts. Downshifts aren’t rev-matched, but that’s no great sin. What makes up for it is a unique characteristic – between “shifts”, where a normal automatic might experience a small hiccup in torque while the transmission shuffles cogs, the CVT in the WRX actually seems to give a small boost in torque while the next ratio is chosen. It’s quite interesting, and given the linearity of the powerband and the availability of torque pretty much everywhere, it endows acceleration with a feeling of smooth, turbine-like forward progress. It’s quick, too – figure low 5’s to 60 and high-thirteen-second quarter miles. I’d still trade it for the proper manual gearbox, of course – but the CVT doesn’t let the car down. It’ll probably succeed in attracting more buyers to the church of WRX. 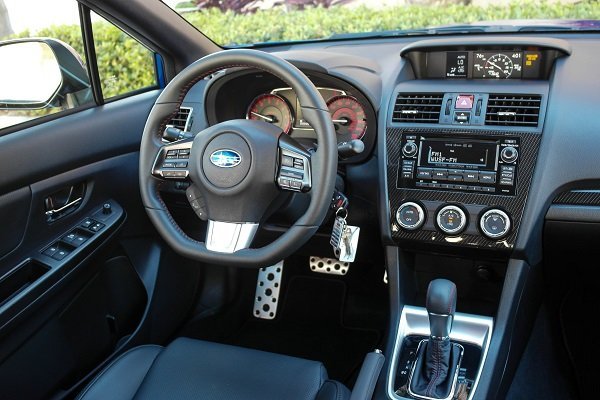 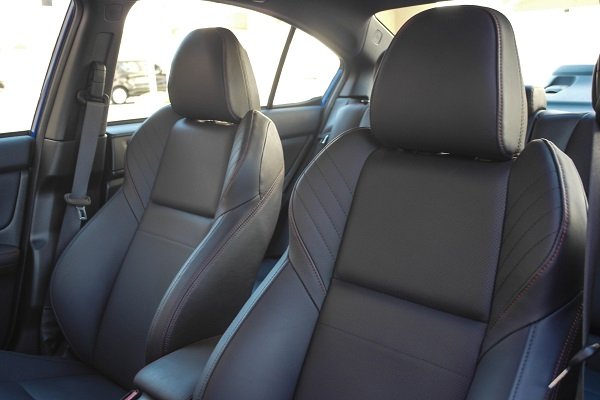 The rest of the new WRX carries forward the theme of improvement over the last generation – inside and out, it’s a more complete, more grown-up car. But not too grown-up. It looks fairly pedestrian in pictures, but in person it’s still pretty aggressive, a “man-boy” racer instead of pure boy racer. Upon first laying eyes on the car, my girlfriend – who is not a car enthusiast – pointed at the exaggerated side sills and asked if it was a “drift car”. “Not exactly”, I told her. Appointments inside are much nicer than before, with our range-topping Limited tester including such luxuries as power leather seats, LED low beam headlights and paddle shifters. But material quality still won’t trouble a GTI, and the interior cacophony at highway speeds should prompt potential buyers to strongly consider the bundled navigation and Harman/Kardon 440-watt stereo upgrade package, as it might be the only way to actually hear the music you’re trying to play. 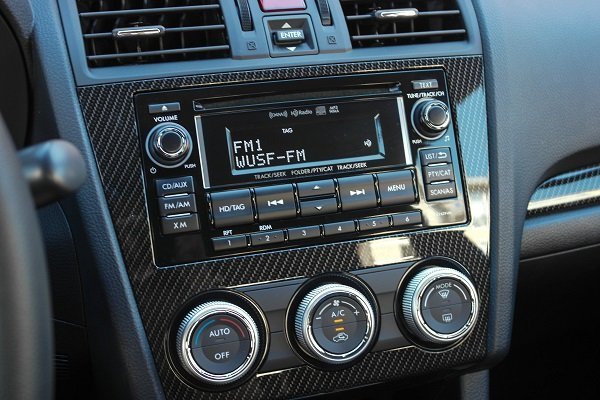 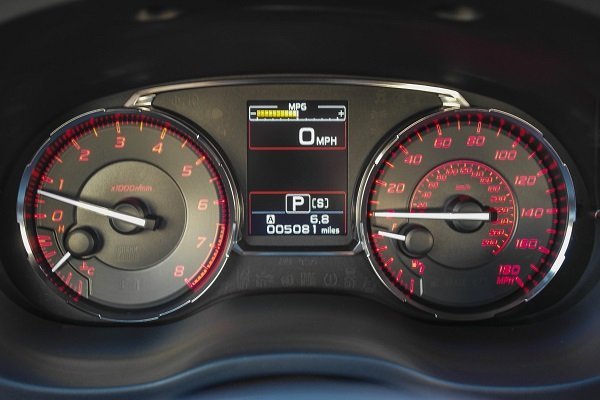 But then that’s just this car’s way – despite a little more tech, a little more weight, and an available automatic transmission, the WRX remains just as true to form as did the 2001 original: a four-wheel-drive rally car for the road that bundles speed, fun and affordability into one highly desirable package. 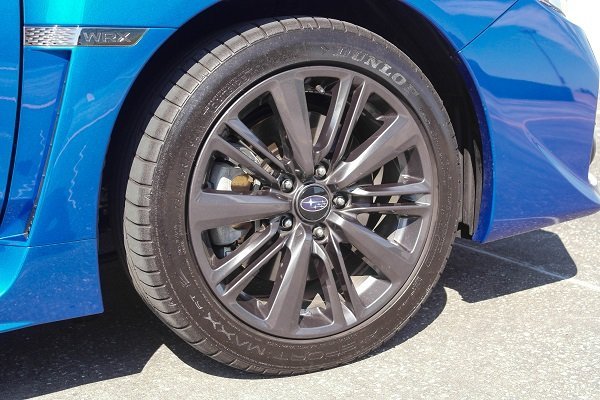 Subaru provided the vehicle for testing and one tank of gas. Photos by the author.