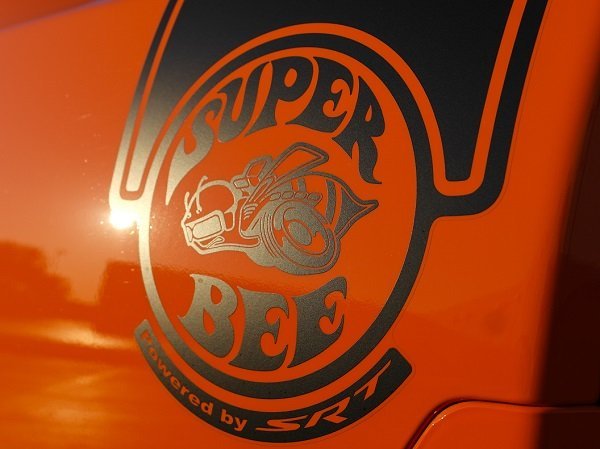 The Charger SRT8 Super Bee, in its General-Lee-aping shade of orange, is a two ton slab of complete un-subtlety. As someone who values fast cars that also fly below the radar, I feel a bit ashamed admitting that I completely love it. 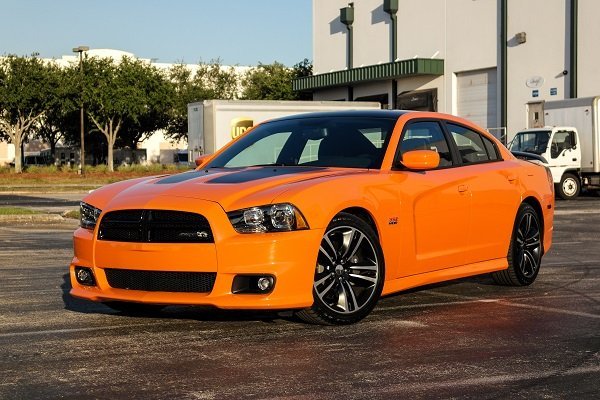 For those who don’t value anonymity, the Charger SRT8 Super Bee might epitomize the modern American muscle car. Our tester and its bright exterior hue (it’s actually Header Orange, not General Lee Orange), flat black rear wing and tape stripes, and coal bin black interior look decidedly throw-back. But its road manners are actually quite composed and modern. Perhaps too composed, in fact. 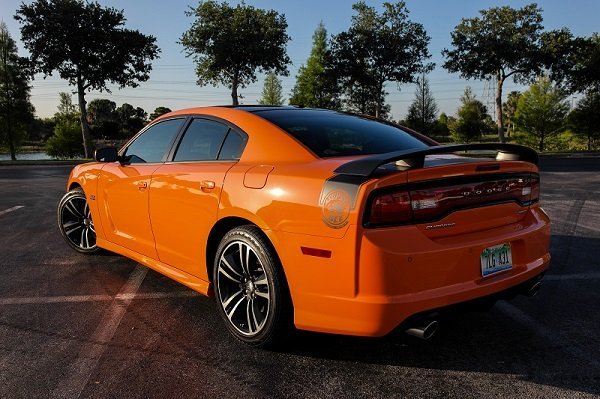 That honking 6.4-liter “392 Hemi” V8 up front makes its 470-horsepower presence clearly felt every time you stomp the right pedal, but in terms of sound, a little more wouldn’t go amiss. The exhaust note from outside the car is heavenly, according to various friends who drove behind me during my week in the car. But from inside the well-insulated cabin, there’s little drama to be heard. 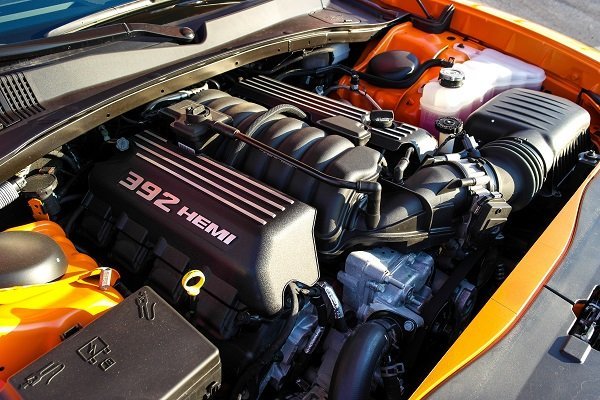 The ride is similarly polished – it’s resolutely firm, but actually manages to be surprisingly composed over rough pavement. Cornering is flat up to about eight-tenths, at which point the Charger’s poundage starts to make itself known and threatens to overwhelm the relatively narrow 245-section Goodyear summer rubber at each end. The rear tires are especially easy to overwhelm, again aided by a less-than-judicious right foot. You know, if you’re into that sort of thing. 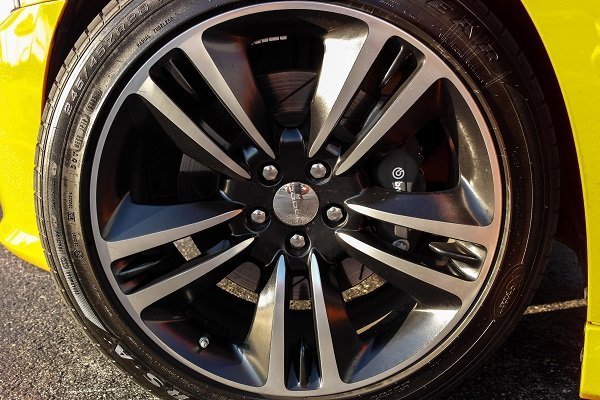 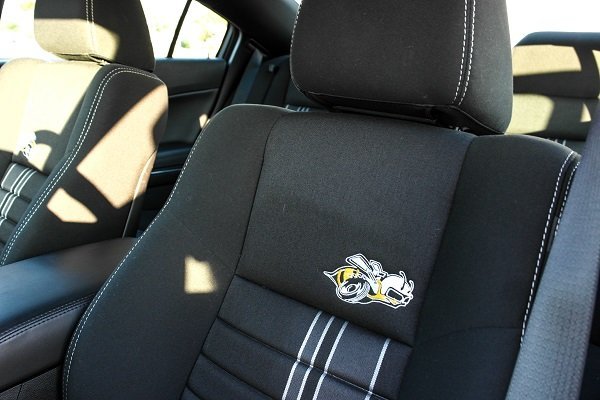 Interior comfort is high, but design and feature content come up short for the $50k price tag. A back-up camera, sunroof, and heated leather seats are all on the long list of items that didn’t make the spec sheet. Of course, that’s simply the trade-off you need to be prepared to make if you crave a four-door that will happily turn mid-12-second quarter mile times, as well as tote five adults out to dinner. And at the very least, you’ve got the 8.4-inch uConnect system, covered on these pages to great acclaim many times before, served with a decently loud stereo and navigation. 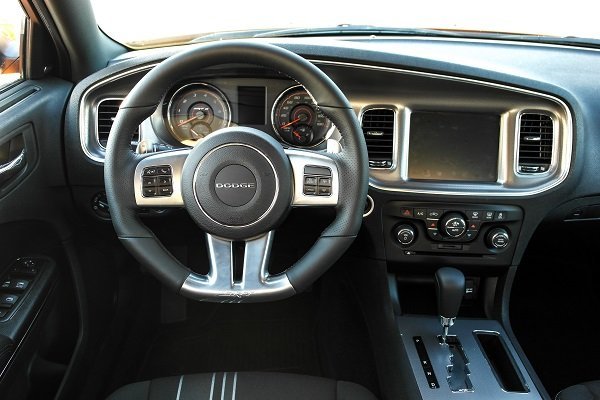 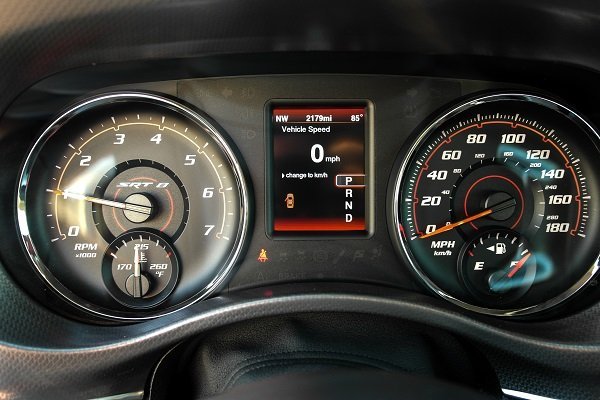 Putting the Charger SRT-8, especially in its lowest-price Super Bee form, into context within the new vehicle marketplace is a bit of a challenge. On paper, its closest competitor is the Chevy SS, what with them both occupying the same sticker price range in the mid-$40s and both offering large pushrod V8s that drive their rear wheels through automatic transmissions. The SS is down on power compared to the Dodge, though, and in terms of visual firepower it comes up short. In the European realm, an Audi S4 or BMW 335i M-sport with a few added options both squeeze under the $50,000 price barrier and provide similar poke, but offer a vastly different driving experience and are about as comparable to the American duo as apples and hand grenades. 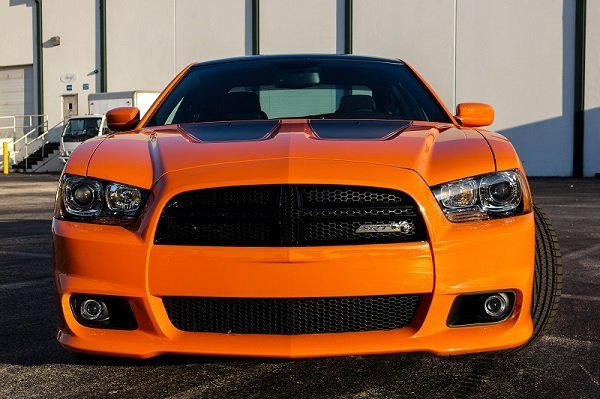 Sheer brute horsepower-per-dollar, as well as styling that rivals a Gallardo’s for attention-grabbing ability, is the Super Bee’s trump card. Play that one every time, and it’ll never let you down.