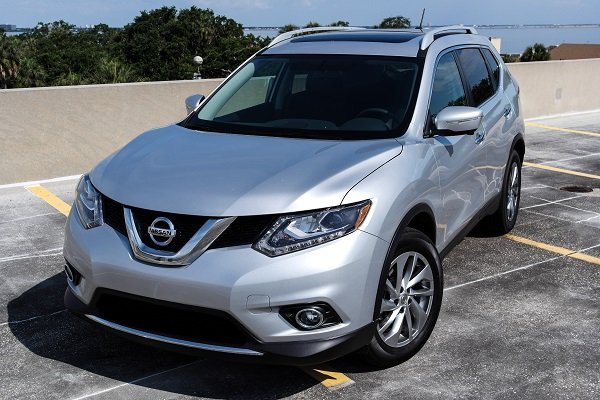 In what was to become the last true model year of its first generation, the 2013 Rogue I sampled last year exhibited all-around competence but little in the way of passion. Now that it’s got a fresh new wrapper, it might finally pack the combination needed to woo buyers from some of the segment’s most popular entrants. 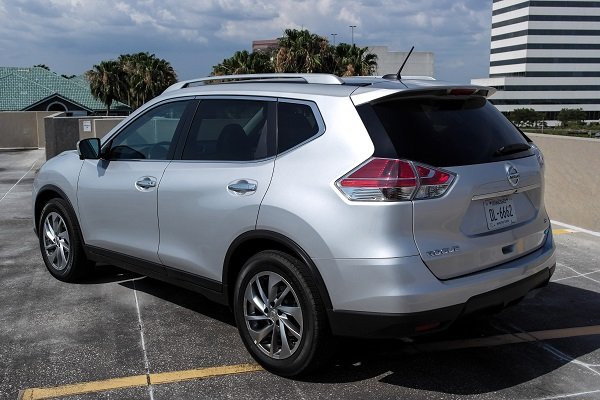 Still, despite all the work they’ve done on the redesigned 2014 model, it seems like the Rogue Nissan really wants to sell you is the leftover previous generation – to wit, when I attempted to build a 2014 Rogue on Nissan’s website, it directed me to build a 2013 instead. Furthermore, Nissan still sells the 2013 model in 2014, renamed the Rogue Select, akin to the way Chevy sold the Malibu Classic alongside the new Malibu for a couple of generations back in GM’s dark days. However, rather than solely being foisted on fleet customers like the Classic, Nissan’s official line is that the Select exists to sell off remaining production stock of the 2013 design. That dream should come to fruition any day now, so if you really want a well-equipped “2014” Rogue for about $20 grand, act fast. We’re not here to talk about that car, though – our subject is the all-new Rogue. 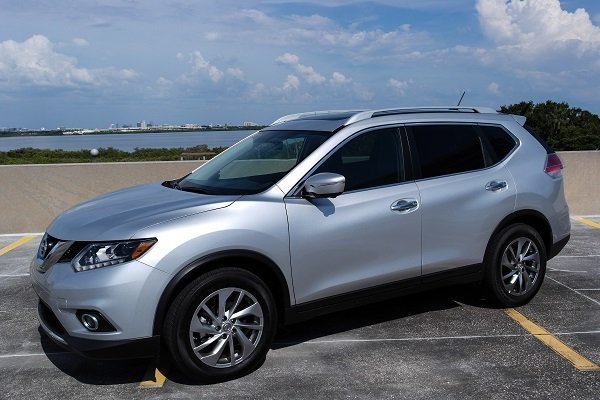 The crossover’s new skin might have a lot to do with any uptick in sales numbers this year – it’s a sharp-looking car, no doubt. Against competitors like the frumpy CR-V and stoic but plain Tiguan, the Rogue wears its Pathfinder-inspired styling arguably better than its bigger brother. The LED headlights and surrounding halo rings of our loaded SL tester are a particularly nice touch, and frame the V-split grille nicely. Around back are a more traditional tailgate design and three-quarter view, albeit one that bears a passing resemblance to what used to be one of the best looking vehicles in the segment, the now-forgotten 2nd-gen Mitsubishi Outlander. I’m not going out on a limb labelling the redesign a success, transforming the formerly blobby Rogue into a genuinely handsome vehicle. 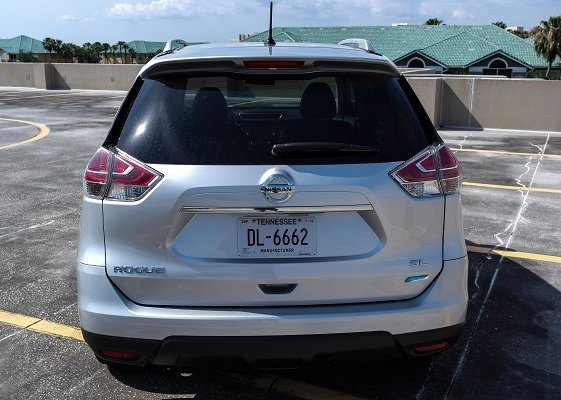 Inside, things are equally fresh compared to the previous Rogue but will look and feel familiar to anyone who’s spent time in a current-generation Altima. The gauge layout and center stack both ape that car’s design, and the “zero-g” front seats are also lifted from the midsizer – a good thing, as they prove comfortable and fatigue-free for hours upon end. These new Nissans are among the few vehicles I can endure for more than a few hours without acute lower back pain, and the so-called “sport seats” in my Caymans and FR-S are not counted among those ranks. The Rogue’s materials aren’t going to blow anyone away, but they are at least on par with anything else in this segment, except maybe the Tiguan. Also, more wind and tire noise makes it through to the cabin than I remember in the Altima. 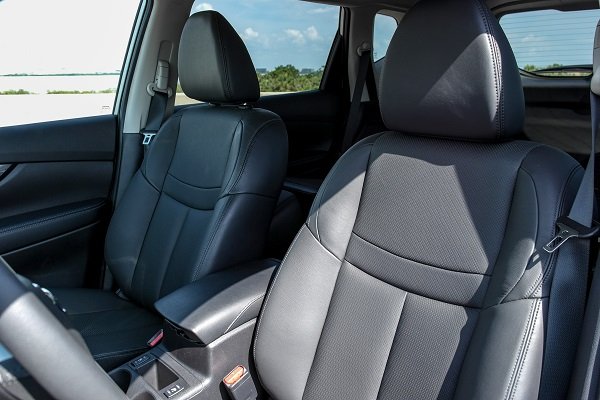 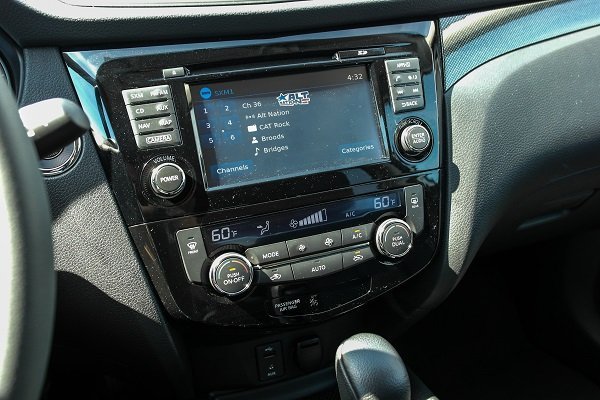 Room up front and in the second row is quite good, as is cargo space. Our tester wasn’t equipped with the newly-available third row seating, but you’ve got to believe that no matter how roomy this compact CUV is behind the second row (and it is class-leading in that respect according to Nissan), any third row chairs are going to be a strictly dogs-or-small-kids affair, for short trips at that. Still, it’s a unique selling point in a compact class full of strictly two-row crossovers. 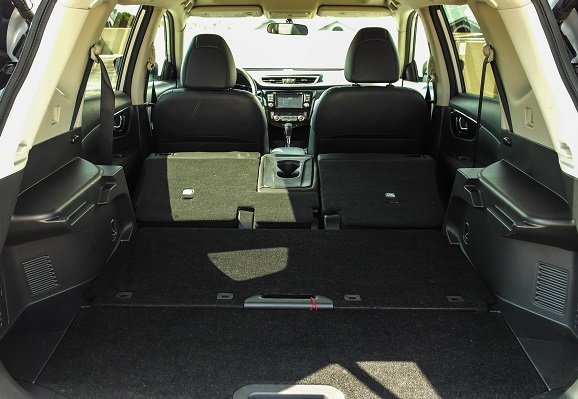 Things are mostly carried over in the powertrain and chassis department, with a 2.5-liter four-cylinder that shuffles power through a continuously variable transmission remaining the only choice, aside from front-wheel drive or all-wheel drive. Horsepower and torque numbers stand pat at 170 and 175, respectively. That CVT has been slightly revised for internal efficiency, and as a result the new Rogue posts up segment-topping EPA fuel economy estimates of 26 mpg city and 33 mpg highway. I saw 27.0 combined, beating not only the first generation Rogue but also my previous averages in the Escape 1.6L EcoBoost and Tiguan, although both of those turbocharged powertrains have this one beat for outright grunt. 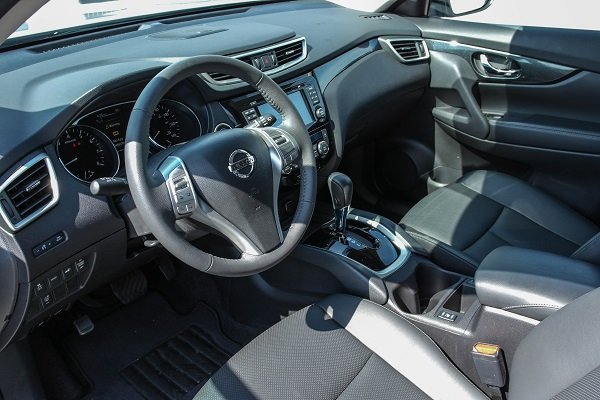 Nissan’s obviously chosen to spend the lion’s share of this generation’s development dollars on tech and feature content, at least initially. Equipment levels are extremely generous in all trims, but noticeably so in our high-end SL tester. Heated leather seats, navigation, keyless entry and drive, nine-speaker Bose audio, Nissan’s around-view backup monitor system, and a power liftgate are all standard fare for the SL’s $29,140 price of entry. Our press car’s bottom line was further bolstered by the $1,990 Premium Package, which includes a panoramic sunroof, excellent full-LED headlights, and a slew of safety apps – forward collision warning, blind spot monitoring, lane departure warning and moving object detection. Both the entry-level S ($23,650) and mid-level SV ($25,350) trims can be had with the third row seat, and standard content levels are high in either. All-wheel-drive adds $1,350 to the bottom line no matter which trim level you choose. 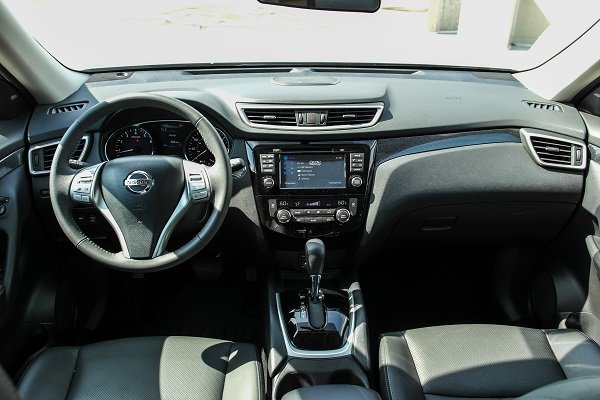 The compact CUV segment is one that’s filled with fickle buyers, and sales are hard-fought regardless of manufacturer. Nissan’s chosen path of feature content, value, styling and space improve the previous Rogue in all aspects, but don’t tug at the heartstrings of buyers looking for an engaging driving experience. Happily for Nissan, the improvements they’ve made should be solid enough to tempt some buyers away that would have otherwise landed in Escapes, CR-Vs or RAV4s.