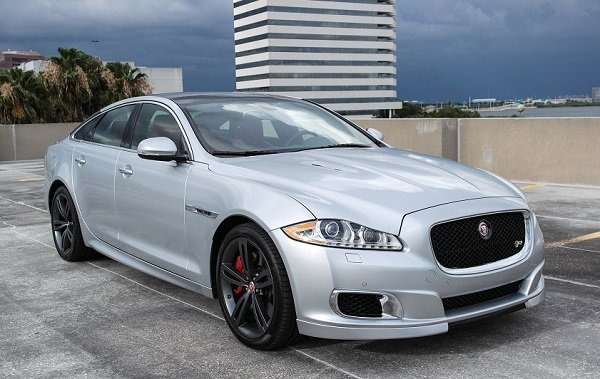 Jaguar, rarely one to build homely cars, has nevertheless been on an unprecedented streak of late, churning out one fast, beautiful, glorious-sounding sports car after another. Whether that has something to do with former Evo magazine founder Harry Metcalfe leaving his editorial post to become Jaguar-Land Rover’s new halo product planner last year (which I am obscenely jealous of) remains to be seen. What does seem apparent is Jaguar’s desire to create a high-performance sub-brand that can compete head on with the likes of Audi’s quattro GmbH (think RS models and the R8), Mercedes AMG and BMW M with their own line of “R” and “R-S” models. The XJR pictured here is one such shot across the Germans’ bow. 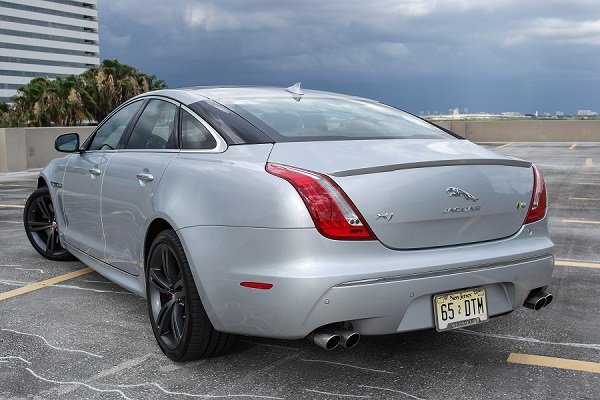 While not technically a range-topping “R-S”, the XJR is the flagship variant of the XJ range and features Jaguar’s most potent supercharged V8 engine, also used in the XKR-S, XFR-S and F-Type R, stuffed into a lightweight aluminum chassis. While it might be easy to chortle at the idea of a 4,120-pound sedan being called “lightweight”, consider this: Jaguar’s XFR-S sedan – which is more a BMW M5 competitor than the 7-series-sized XJ – weighs a full 260 pounds more than the XJR because it lacks said aluminum construction. To put it in perspective, the XJR has a better power-to-weight ratio than even the M5, which should give you some idea of the performance on offer. 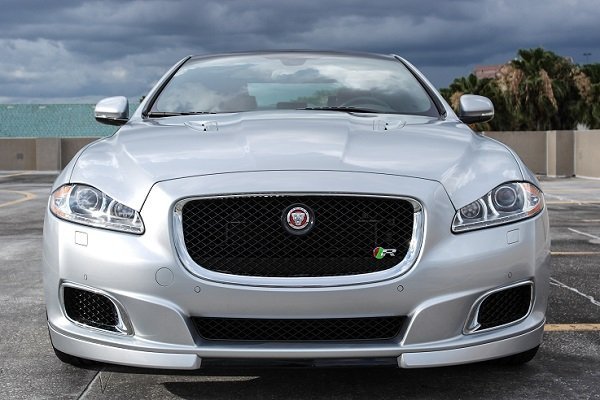 It’s actually hard to square the mind-altering performance of the XJR with the subtle manner in which it’s delivered; a trounce on the throttle will emit gorgeous sounds from the tailpipes, but the noise level inside is muted – passers-by get most of the aural benefits. Similarly, at full chat you’ll reel in traffic ahead at an incredible rate, but wind rush and tire roar are all but nonexistent. The XJR can’t really be called a pure sports sedan, because it tends more toward comfort and luxury than raising your pulse rate, but once you actually hustle the thing it leaves you in awe of its capabilities and poise. Powerful brakes, flat cornering and sharp steering conspire to make challenging roads a pleasure, yet all inputs are beautifully measured in their responses, never overly eager. It even rides well: firm and controlled without clomping over expansion joints or jostling passengers. 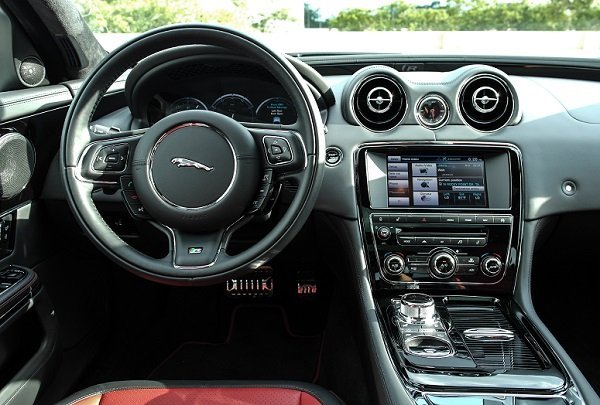 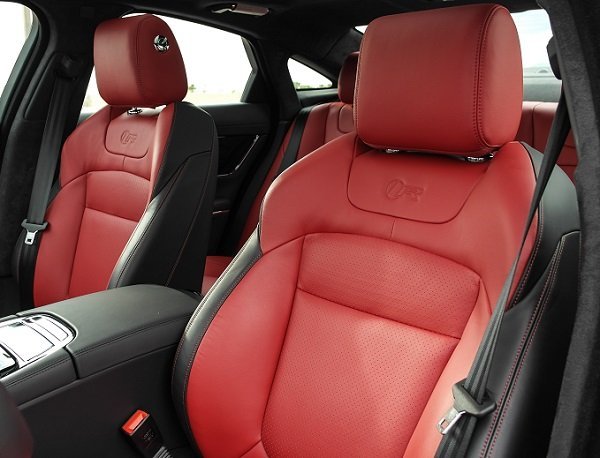 A look around the cabin will confirm that you’re driving a very expensive thing – it feels like a handcrafted piece, with lots of chrome, leather and piano black surfaces, and manages to seem far more special than even the A8, S-class and 7-series. There’s a refreshing lack of clutter in the XJR’s cabin, partly due to a pairing-back of some of the stratospheric equipment levels of modern D-segment sedans – though you’ll never want for anything. Instead, there was attention paid into making the touch points – seats, pedals, steering wheel, armrest, door panels – as finely detailed as an expertly tailored suit. If I had to find one thing to complain about in here – and this is a stretch – I suppose the infotainment system UI looks a bit dated. But functionally, I found no issues. The 825-watt Meridian sound system is excellent, as well. 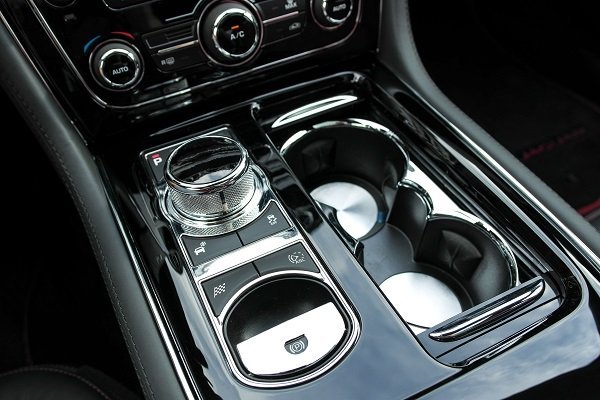 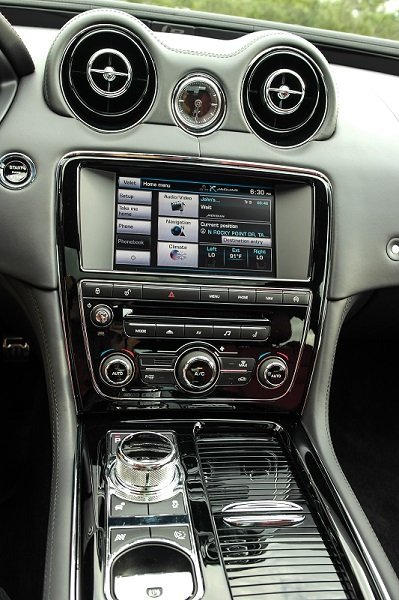 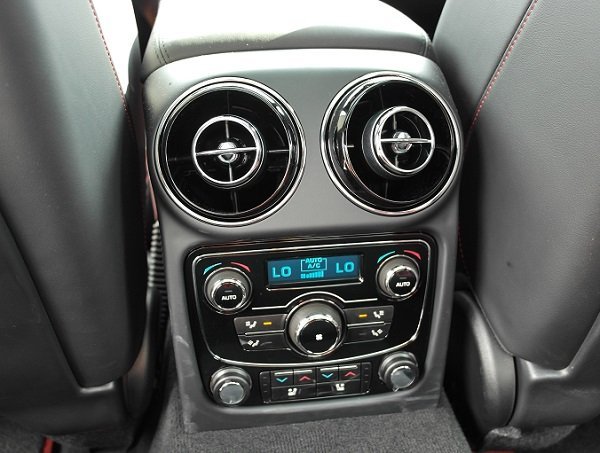 You’ll notice a distinct lack of criticism so far. The praise is well-deserved; Jaguar’s engineers (and perhaps their new product planner) have done their homework. It’s probably also because I love a fast, comfortable, understated sedan like no other. And perhaps the only criticism I can level at the XJR is toward some of the boy-racerish flourishes that adorn its exterior. A sedan of this caliber deserves to fly below the radar, and it’s harder to escape the prying eyes of the paparazzi and police with bright red brake calipers and contrasting dark grey 20” alloys. I doubt many buyers would share my opinion – but if it were my money, a trip to the paint shop to blacken the calipers and brighten the wheels would happen in short order. 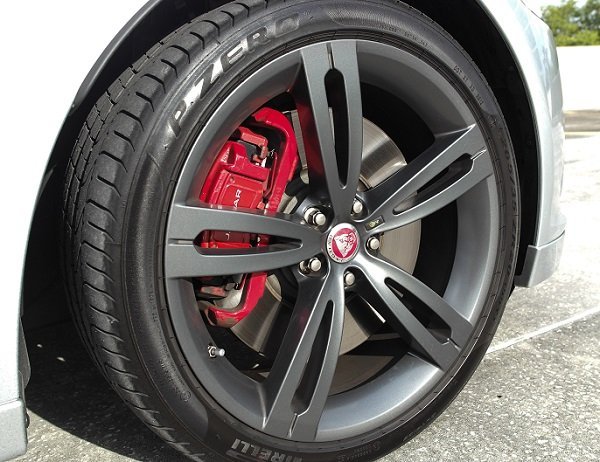 The price is steep – you won’t get much change back from $117 grand. But even in that lofty territory, the XJR manages not to feel overpriced. The equally speedy but less luxurious XFR-S runs a cool $100k anyway, and a properly optioned M5 will push a buck-ten these days. For the rarity factor alone, I might choose the XJR over either, and the added luxury and hand-crafted feel merely solidify the choice – this Jag is the real deal. 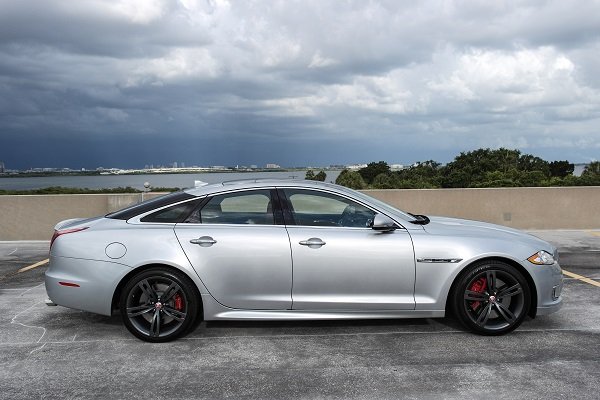 Jaguar provided the vehicle for testing purposes and one tank of gas. Photos by the author.