You could be forgiven for thinking it’s a bit late in the Lexus RX’s model life cycle for us to review it; after all, these pages are usually devoted to freshly restyled or all-new metal. But in fact, though this platform’s basic bones stretch back to the 2010 model year, the RX received a heavy refresh for 2013 that brought it right up to date against others in the entry-level luxury crossover segment. We’ve covered the normal RX350 before on these pages, but never the full-zoot RX450h hybrid version. What makes this CUV a perennial class sales leader? Read on for a look. 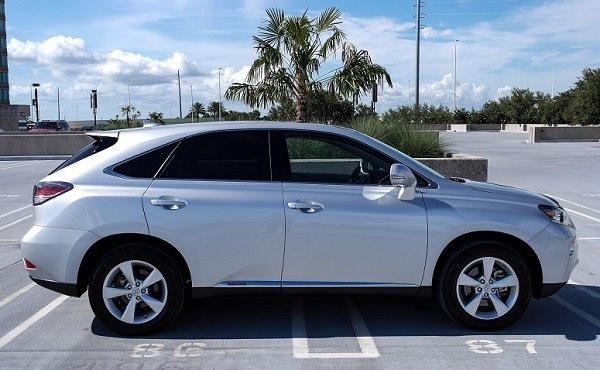 Exterior: The RX was one of the first Lexuses shown with the new corporate Predator® spindle grille design, and while it seemed radical when it debuted, just two short model years in market (and plenty of subsequent real-world sightings) have made the new design almost blase, unassuming. Its styling is certainly tamed by the silver paint, non-F-Sport fascia, and smaller wheels of our tester…but the shape will still be familiar to many and offensive to almost none. 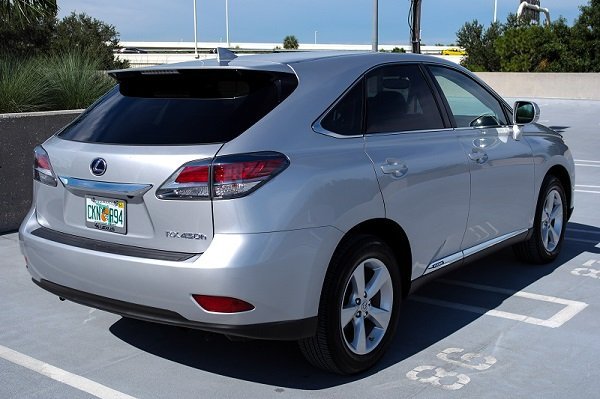 Interior Design/Equipment/Tech: I’ve become quite fond of Lexus’s recent crop of interior designs, and the RX’s is no different. There are subtly upscale materials on offer, a good driving position, ergonomic sensibility and an abundance of room for people and objects alike. The front seats in particular are extremely comfortable, and the cascading center stack and armrest form a cockpit-like environment for the driver, something keen drivers like me probably wouldn’t expect in a vehicle of this type. Ergonomics are good, so everything you use frequently falls easily to hand, and while Lexus’s haptic feedback “mouse” for controlling the infotainment system has hitherto been mostly panned in the press, I’m one of its staunchest supporters – I find it to be leagues better during actual on-road operation than rival systems from BMW and Cadillac. The only thing in here that you might miss is a tachometer, in its place a power/eco/charge gauge familiar to anyone who’s driven a Toyota hybrid product before. Though with a CVT being the only transmission available, you’re not going to need a tach anyway. 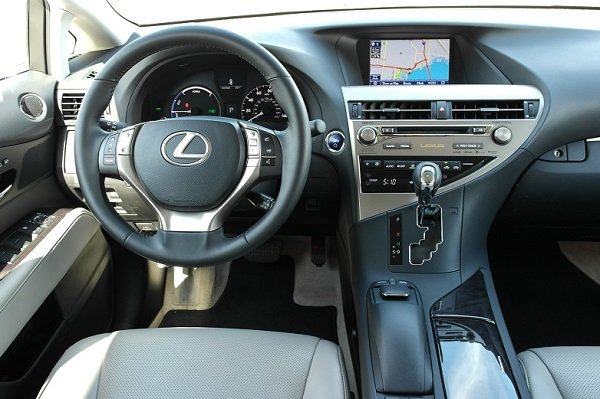 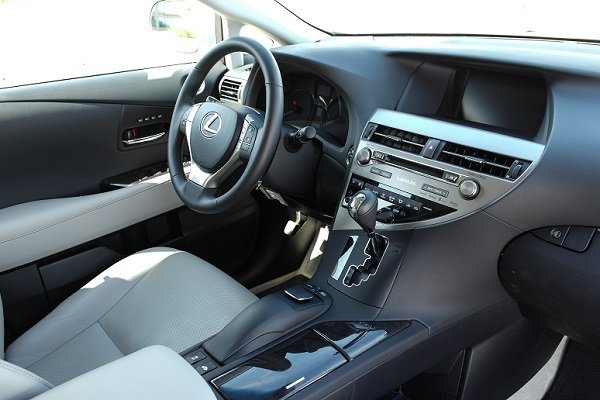 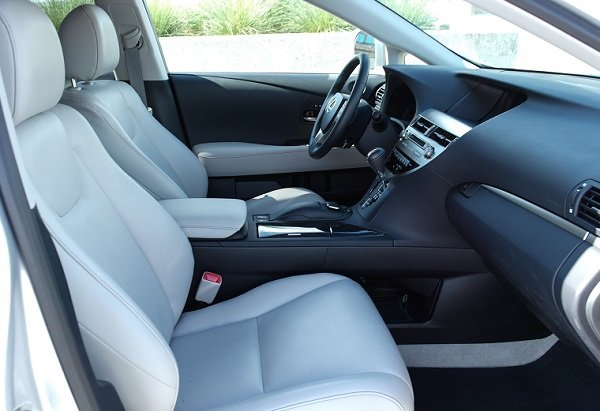 Powertrain: The RX450h is available in both front-wheel and all-wheel-drive variants (ours was front-driven), though both are tugged around by the same combination of Toyota-ubiquitous 3.5-liter 2GR-FE V6, 37kWh battery pack, and electric motors. The combo’s good enough for 295 total horsepower, a bonus of 25 horsepower over the RX350, though with 342 extra pounds to tote around, any accelerative benefits are easily negated. In the real world, the 450h has enough power, but it probably doesn’t feel all of its nearly 300 horsepower because of a soft, eco-minded throttle calibration and the 4,520 pounds it has to carry. Still, after returning 28 mpg over more than 300 miles of mixed city/highway commuting conditions, it’s hard to argue against the hybrid powertrain’s execution. 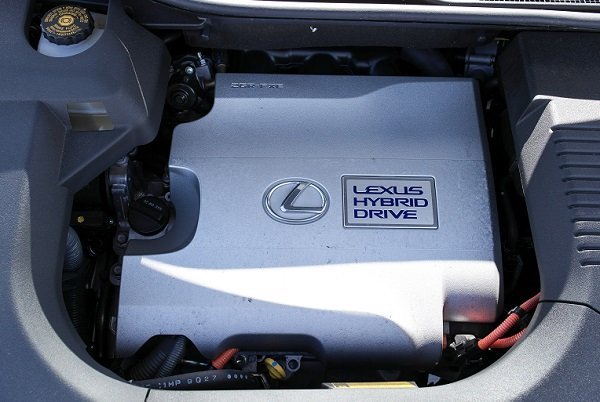 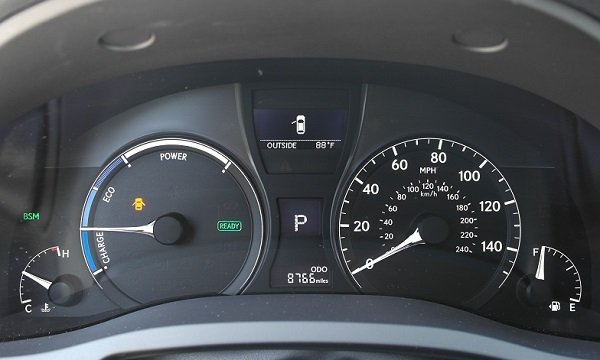 Ride/Handling: The RX isn’t engineered for driving thrills or back road enjoyment, plain and simple. That’s not a ding against it, simply an observation. If you want a relatively more “buttoned-down” feel for the road with your RX, choose the RX350 F-Sport I drove last year. Personally, I’ll trade the F-Sport’s firmer ride for the 450h’s more cosseting, isolated nature – it’s a luxury crossover, after all, not an LF-A. As such, I never felt compelled to push the 450h to its outer grip limits, so I can’t report on handling neutrality or degrees of understeer. I suspect most owners would concur. 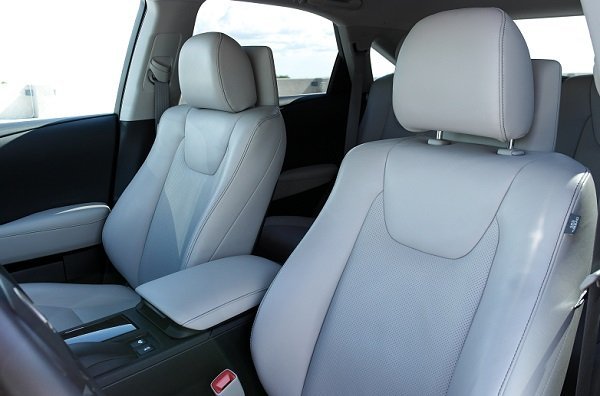 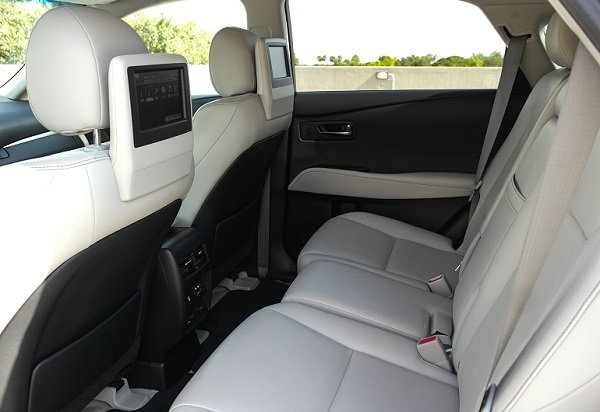 Driving Experience: Aside from a slightly sluggish throttle tip-in, which to its credit does make it fairly easy to keep the RX450h in electric-only mode when under 30 mph, the driving experience is largely positive. The aforementioned ride is smooth and exceedingly quiet, the only noise entering the cabin being that of the V6 when full grunt is summoned. Because of the CVT, revs will sit in the midrange or higher until your desired speed is reached, not mimicking a traditional auto with stepped gear ratios like many CVT manufacturers are now doing. Still, at least what little sound there is happens to be of the “muted V6 growl” variety instead of a strained four-banger. 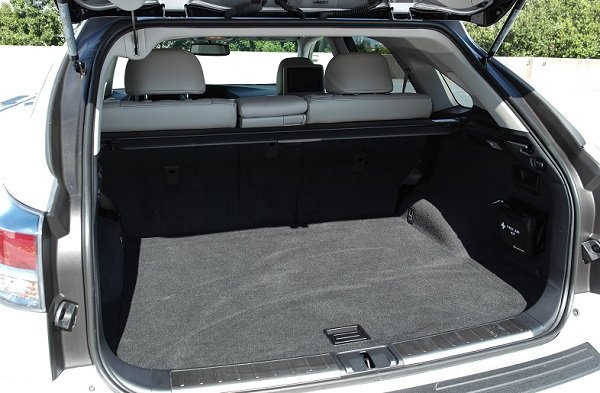 Value: Great fuel economy is a hallmark of Toyota/Lexus hybrid products, and the story’s no different here. Our 28.2 mile-per-gallon average amounted to a significant 7 mpg increase over the standard RX350 I drove previously. A quick run of the numbers shows that you’d still need to drive nearly 150,000 miles before the hybrid’s $6,650 price penalty was recouped through fuel savings alone, though in the current luxury car marketplace, there is also a certain intangible value for anything with a Hybrid badge that rises above mere dollars and sense. Coupled with the fact that many of these cars are leased and not purchased for the long-term, the slight monthly payment increase for a 450h starts to make sense against the fuel cost savings you’ll see around town. Moreover, for the lux crossover shopper that must also have a hybrid, the RX450 exacts no penalty in driving experience for the luxury of visiting the pumps less often. 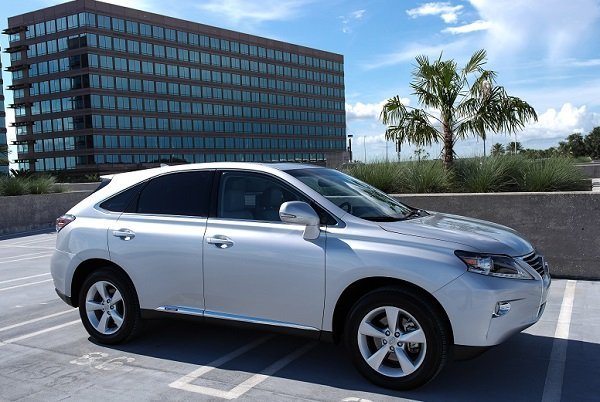