I’ve never been a huge fan of traditional hybrid vehicles. The tradeoffs between driving dynamics and efficiency are usually huge, and require a completely different style of driving than traditional gasoline or diesel vehicles to achieve maximum mileage. In many non-purpose built hybrids, the bump in price over the gasoline versions will never be realized in fuel savings because they simply aren’t that much better economy wise.

Thankfully, there are a few vehicles emerging on the market that eliminate most hybrid shortcomings. One such vehicle is the Ford Fusion Energi plug-in hybrid. 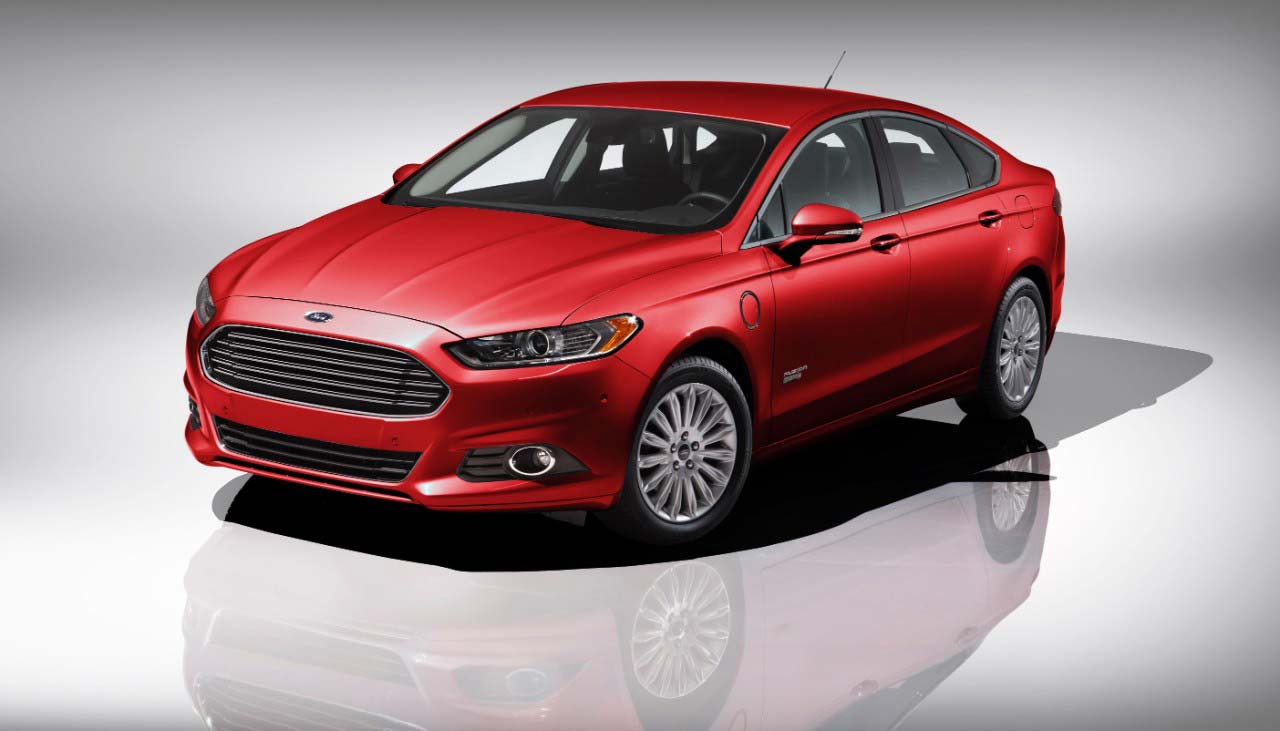 The Ford Fusion Energi is a plug-in hybrid version of the excellent Fusion sedan. The Energi model can be plugged in and charged to give it the capability to operate entirely in electric mode. The Fusion Energi took about 8 hours to achieve a full charge on standard 120v power.

The EPA says the electric range on a full charge is 21 miles, however that will vary greatly based on environmental conditions and the number of in-car accessories being used. In the week that I had the Fusion Energi, temperatures were in the low-90s, so the air conditioner was always working overtime. 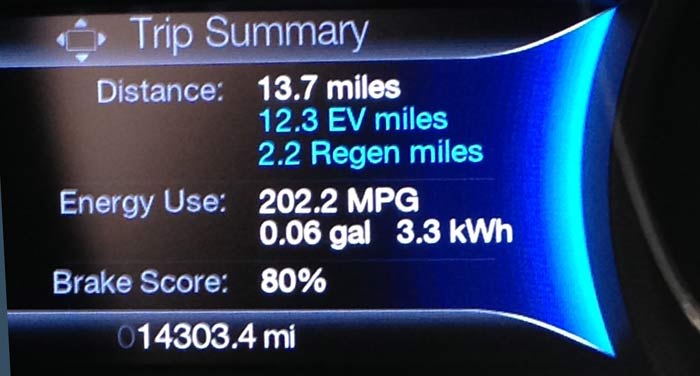 My real world observations showed a pure EV range  between 12-13 miles. Adding in the regen miles yielded an electric only range of about 15.5 miles (mixed street and highway driving) before kicking on the gasoline engine.  That might not seem like a lot at first, but the Fusion Energi real world numbers best the EPA rated 11 mile EV range of the Toyota Prius PHEV.

My commute is a 27 mile drive, split about 50/50 on side roads and 70+ mph highway driving. As mentioned previously, I observed about 15 miles on EV power, with the remaining miles on blended hybrid/gasoline power. The result was an impressive 46 – 50 miles per gallon during my commute, depending on the conditions. The overall week average was 47.9 mpg. 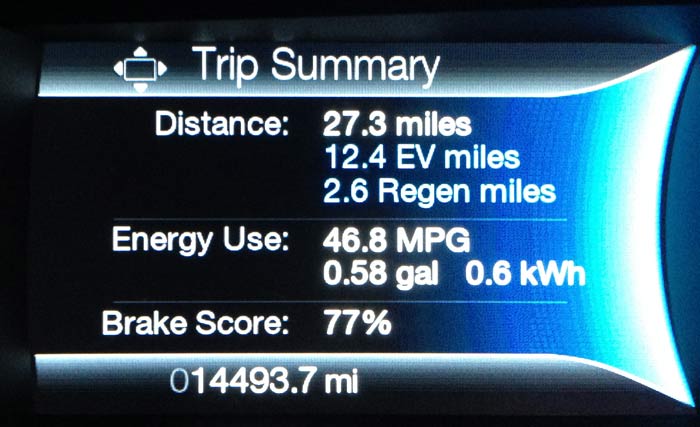 Keeping up with traffic on 70mph highways when running on pure electric power was as effortless. The brakes take a bit of getting used to, as is the case with all hybrids that use regenerative braking. Of course, the harder you drive, the less EV range you’ll end up with. There is a noticeable transition when the gasoline engine kicks in, but only because the Fusion Energi is absolutely silent when running in EV mode.

While the Fusion Energi isn’t as fun to drive as the standard Fusion, it still provides a very comfortable driving experience.The additional heft of the hybrid system can definitely be felt during hard cornering maneuvers, but Fusion Energi owners probably won’t be doing much of that in the real world anyway. 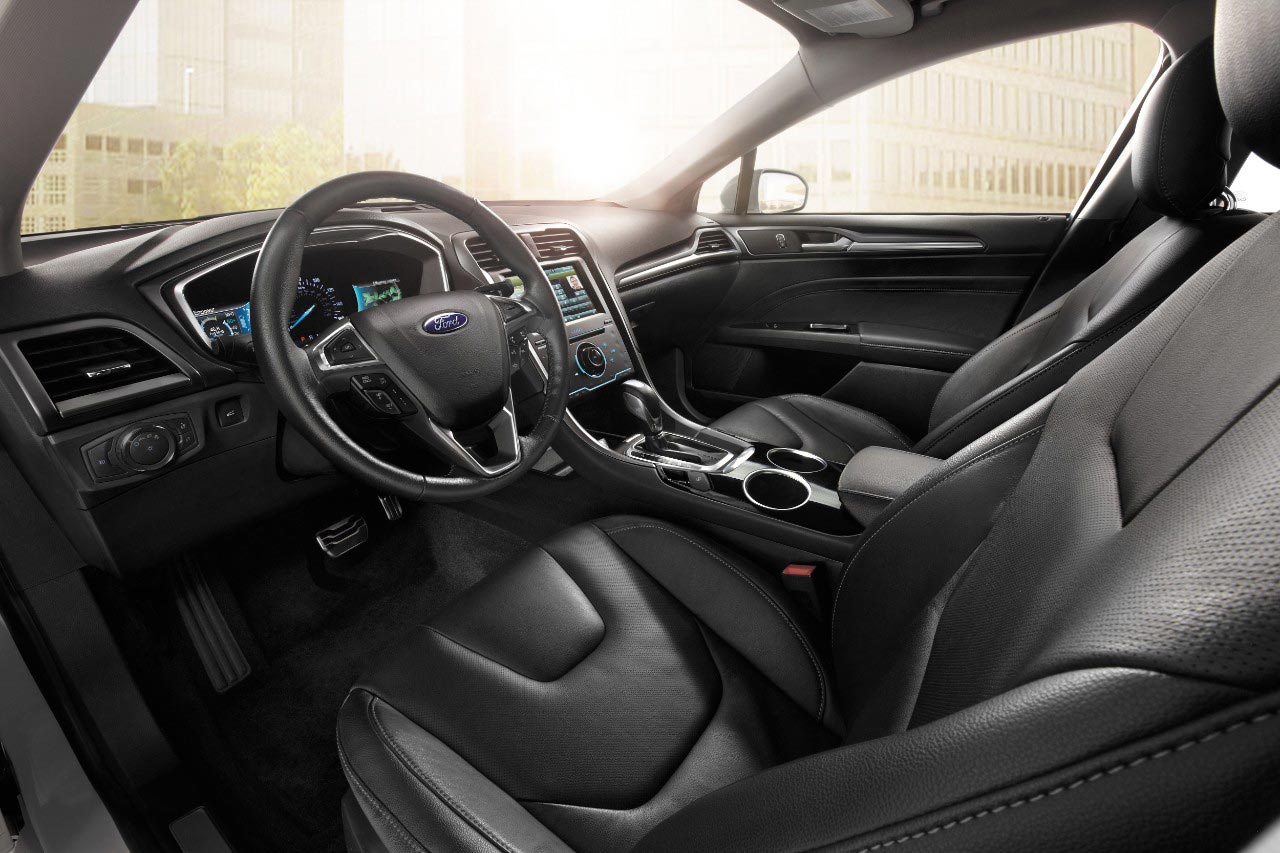 While my experience with the Fusion Energi was largely positive, there are still a couple of issues that need to be addressed. One of the biggest drawbacks of the Fusion Energi is the trunk space. The electric motor and batteries are located in the rear of the vehicle below the trunk floor, resulting in an abysmal and awkwardly shaped 8.2 cubic feet of trunk space. That’s half the size of the standard Fusion.

So, would I buy a Fusion Energi? Well, that’s a simple question with a complicated answer. I absolutely love the entire Ford Fusion lineup. It’s a great car, with a great driving experience throughout the entire line. The Fusion is simply one of the best mid-sized sedans on the market today and I would absolutely recommend it to someone shopping for a new sedan. The complication comes in deciding which Fusion to buy.

If it were me though, I’d pocket the extra money and buy the excellent gasoline powered Ford Fusion. The gasoline powered Fusion SE starts at only $23,935 which is a whopping $10,765 cheaper than the Energi model.

Ed. Note: Ford announced this week that they have taken the #1 spot in PHEV sales for the month of July.

California continues to account for 38 percent of all Ford plug-in hybrid vehicle sales, but plug-ins are strengthening in the midwestern and eastern regions. New York, Boston, Detroit, Chicago, Washington, D.C. and Philadelphia combine to make up 32 percent of the C-MAX Energi market. Those same cities make up 34 percent of the market for Fusion Energi. New York alone comes close to unseating San Francisco as the second most popular market for Fusion Energi.. Plug-in hybrid sales for the industry are up 32 percent year-to-date. The industry sold 39,083 vehicles through October, compared to 29,526 vehicles in 2012. October plug-in hybrid sales came within 40 units of setting an all-time monthly record for the segment.

Ford provided the Ford Fusion Energi and a full tank of gas for the purpose of this review.