For decades, the rational response to any “What compact car should I buy?” question has unequivocally been “Civic or Corolla”. With Honda seemingly in the weeds during the last generation Civic’s development, that leaves the Corolla as the de facto answer when someone asks you for sensible consumer advice. There’s a new one out now, and I’ve driven it. 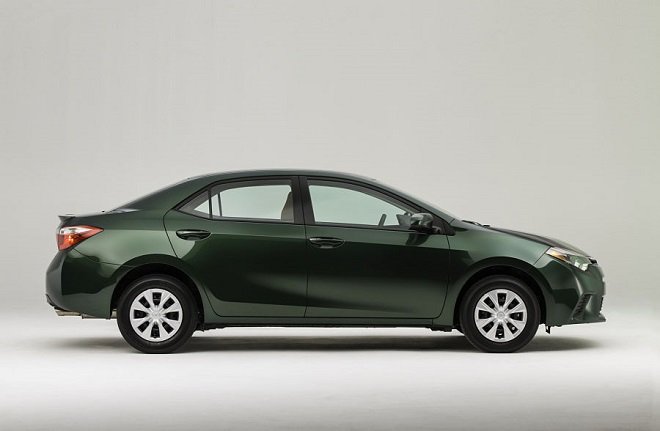 To an automotive journalist, or just a car guy in general, the “which small car?” question gets a bit murkier. The person asking the question will no doubt hold the car expert somewhat responsible if and when their recommended vehicle’s reliability heads south. Still, neither do we car folks want to recommend something boring to our friends and loved ones. The Civic used to be the safe, sensible choice that could also satisfy a keen driver. That’s no longer the case, so we’re really left with three candidates for compact driving enjoyment: Focus, Mazda 3, and Golf.

All three satisfy in terms of driving pleasure, styling, and general engineering “rightness”. But all three have traditionally required a bit of compromise in critical small car areas like long-term value, fuel economy and durability. The Mazda 3 has an inherent balance of handling and steering feel that’s on par with some of the best vehicles in the business – but will your Aunt Millie care about that if her 3’s rear fenders start to rust in 6 years? Do you want to be held liable for her purchase decision when something goes awry? Is it worth it? 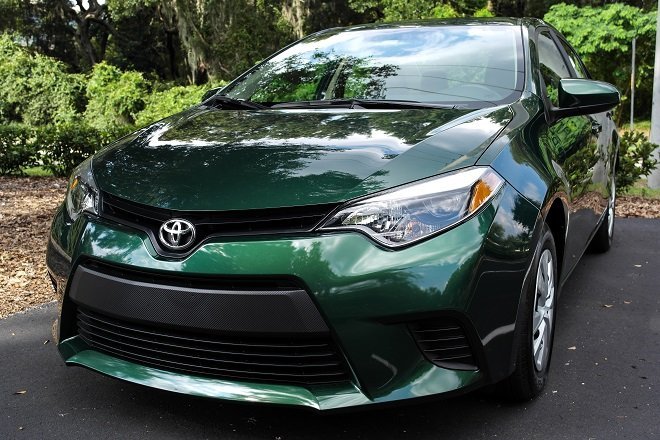 Realistically, the answer is no. I’ve learned to tailor my approach these days toward outlining all possible options, then giving the person the car I would choose with my own money, countering with another that would probably be a better fit for them, and then letting them make up their own mind. Time and time again, the car those folks end up with is a Corolla. And I can’t say I blame them. 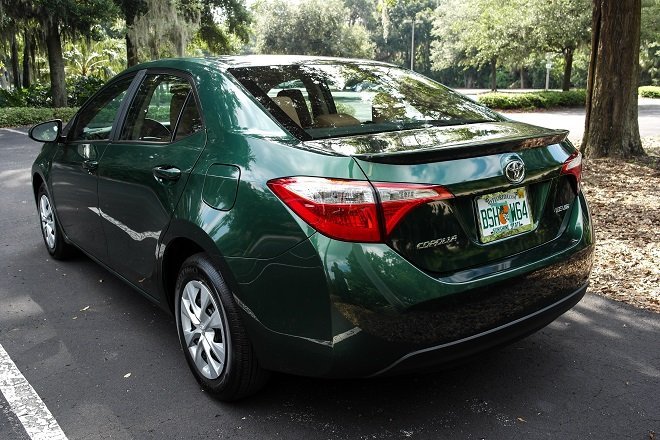 Aside from the very occasional limited edition (see AE86, 2005 XRS), the Corolla has always been an overwhelmingly staid, sensible vehicle. When the Furia concept previewed the new Corolla’s design at Detroit last year, I was skeptical. The show car looked great, but was it really going to translate to production? Actually, it did – sort of. Obviously, most show cars are pretty tamed down by the time they reach the showroom floor – with a few notable exceptions. But the 2014 Corolla’s mini-Lexus styling is certainly a giant leap forward from the previous generation. And if it doesn’t have the Furia’s low-slung stance and 19-inch wheels, at least the S version did a passable-enough impression of “Sport” for the compact sedan segment. 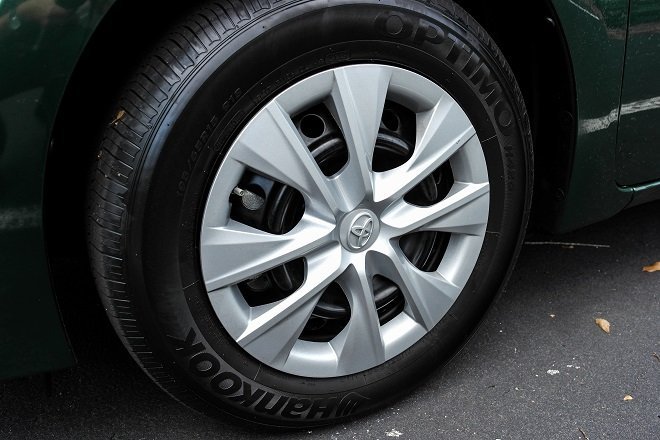 We don’t have an S to test, though – instead we’re focusing on the real-world frugality champ, the LE Eco. The Eco certainly appears less Lexus-like than the S, with its smaller 15-inch plastic hub caps, high-profile tires and considerable wheel gap, but it also features a unique engine from other Corollas. The so-called “Valvematic” cylinder head on the Eco’s 1.8-liter four features continuously variable valve timing that boosts both power (+8 hp over other Corollas) and efficiency (combined mileage rises 3 mpg). A CVT with simulated stepped gear ratios is the only transmission available on the LE Eco, though on other trims a 6-speed manual is also available. On the base model L, a four-speed auto is still offered. 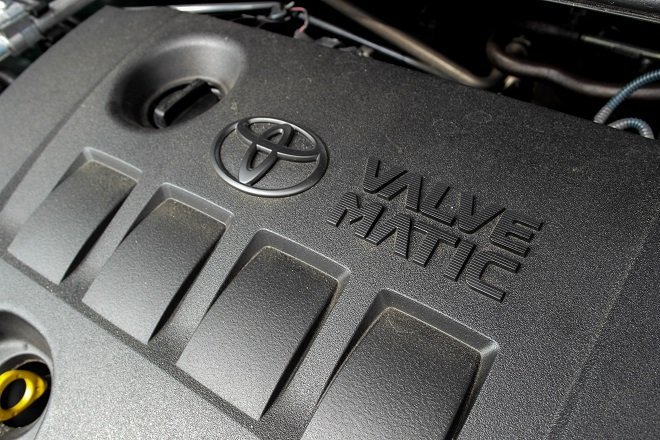 Between the CVT, Valvematic engine, narrow low-rolling-resistance tires and standard flat underbody paneling, the LE Eco (or “Leeko”, as I affectionately named it) is rated at 30 city/42 highway. Impressive numbers by anyone’s measure, and in real-word conditions, it returned a respectable 34 mpg overall in my hands. 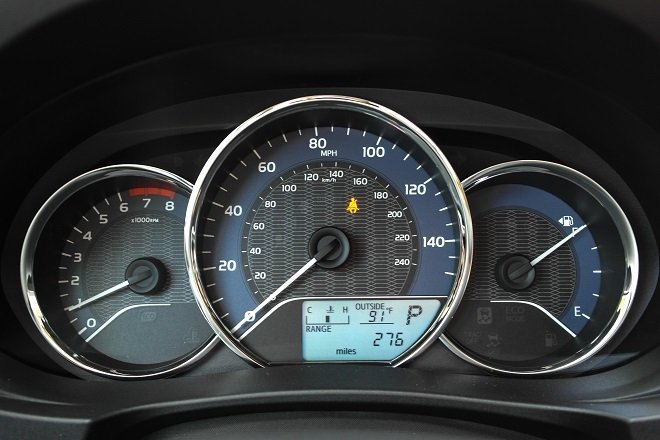 Over the road, the Corolla is fairly pleasant. It doesn’t mimic a sedan from the next size class up like the Golf does – you’ll never mistake the Corolla for a Camry on a long highway stretch. It’s not quite as confident in its responses, busier in its steering around the straight-ahead and in its ride over bumps. Nor does it enthrall with its back road demeanor like a Mazda 3 – this is no corner carver. What it does do is the basic, sensible, reliable transportation thing for those that seek “point-A-to-point-B” transport. And it does that quite well. 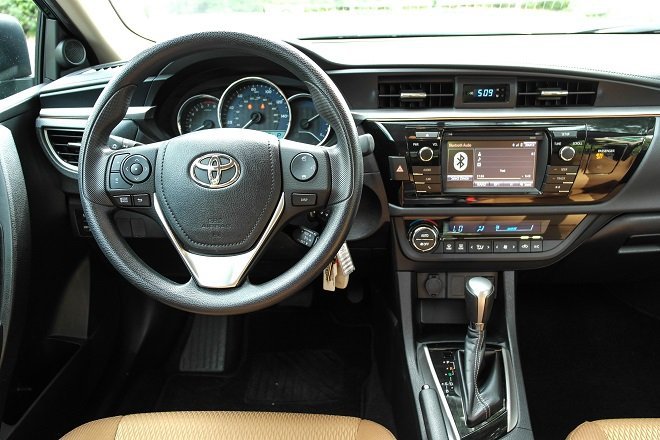 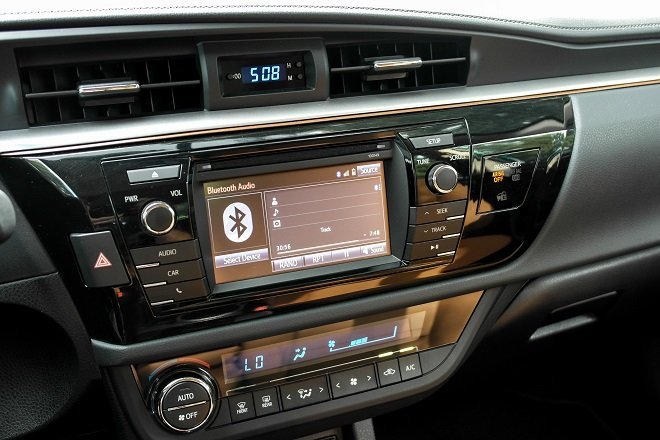 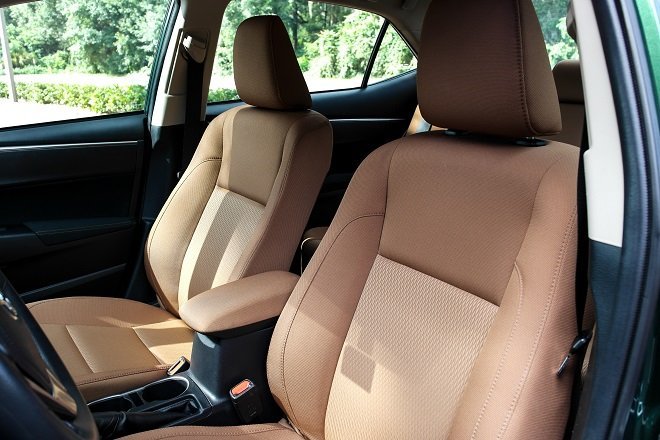 It’s not especially basic, of course. Everything you’d expect in a modern car is present and accounted for – backup camera, touch-screen interface, Bluetooth audio streaming, automatic climate control, variable intermittent wipers, and even standard LED headlights – things BMW would happily charge you thousands of dollars to equip your new M3 with. But other areas of the LE feel decidedly “Eco” – the textured plastic steering wheel, for example. Or the hollow note emitted when the trunk and hood slam home. Or the somewhat flimsy armrest lid. The Corolla doesn’t hide the fact that it’s a compact car built for lightness and efficiency, not luxury. 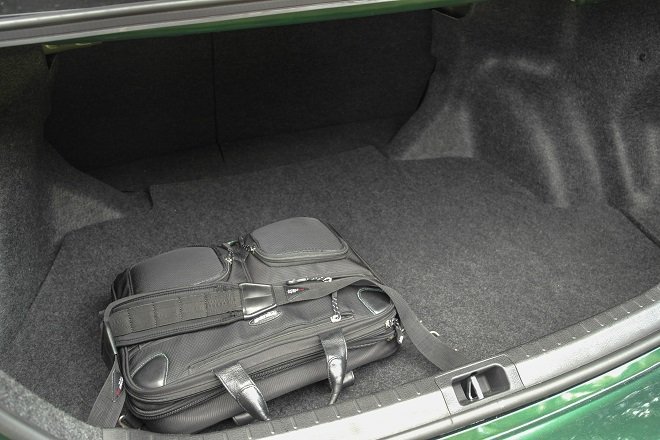 But then the Corolla doesn’t need to act like a luxury sedan, or a sport sedan, to succeed. This compact has done its thing and done it well for the last 50 years, wooing loyal customers the world over in the process. Fads come and go, trendy styling fades, but the values the Corolla built its name on – fuel economy, resale value, and reliability you can set your watch to – never go out of style. Just remember that the next time you’re cornered by a relative asking for new car advice. 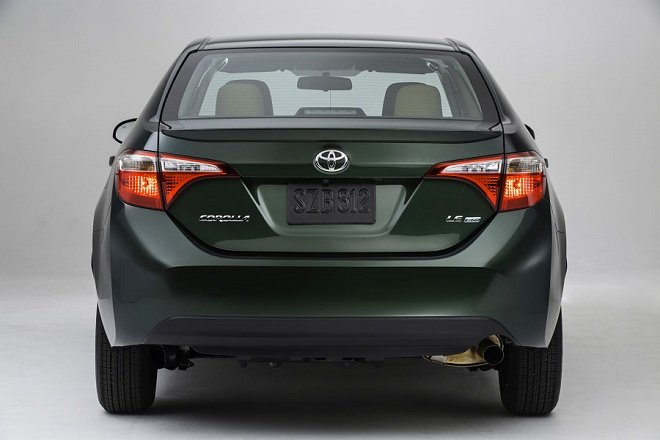 Toyota provided the vehicle for testing purposes and one tank of gas. Photos by the manufacturer (top) and author.