Winning and confidence go hand in hand, but Cadillac’s new 2015 ATS Coupe is missing one of those attributes. Like a perpetual podium finishing runner, Cadillac honed its skill by emulating the perpetual champion, BMW, and produced the wonderful ATS Sedan. Where the ATS Sedan made its mark in stents versus the competition, a champion it is not. The ATS Coupe runs a new race with another year’s worth of refinement. Is the refinement enough to produce a winner? Cadillac invited us to Virginia’s wine and horse country to find out.

Cadillac infallibly says the ATS Coupe is a winner, claiming that it has the lowest weight (3411 lbs), a base engine with the most power (272 hp), and the most technology in the segment (like 4G WiFi). However, Cadillac’s statement has the same substance as a politician’s TV commercial. Remember, the Germans underrate their power outputs, any number of tricks can be done to the standard spec for it to have a brag-worthy weight, and comparing technology is as fickle as the Kardashian family talking about first-world problems on a rainy day.

How much could have changed? The Coupe is made of carryovers from the ATS sedan, and they are basically the same car. Despite this, we discovered many of the important parts of the Coupe have been honed. The Coupe’s base engine is the sedan’s mid-range engine, a 2.0L Turbo inline four and it now has 15% more torque. The Coupe is 1” lower and 1” wider than the Sedan and shares only two body panels: the hood and grill. The steering, suspension, and transmissions have been recalibrated. The interior has a new color combination and a new steering wheel. Cadillac has been responsive, since many of the components the press has criticized have been modified in the Coupe. 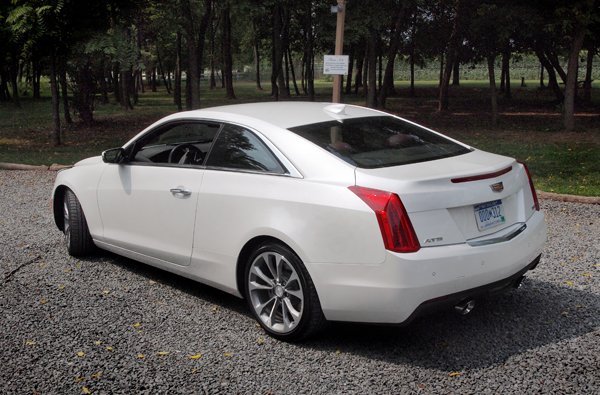 Taking a first walk around the ATS Coupe, it is clearly more squat than its sedan sibling. The raked rear roof and long trunk deck remind me of Infiniti’s old G35 Coupe. Details like the Cadillac-inscribed Brembo brakes match the refinement of the overall shape. The ATS Coupe is a car that neither stands out nor blends in; a car unique enough to make a statement but not flashy enough to turn heads. Subdued has worked well for BMW, so chalk the design decisions up to another instance of Cadillac following the leader.

Sitting down in the driver’s seat, the ATS Coupe is mostly the same as the Sedan. Notably the roof is lower, but it is still roomy enough for your writer’s 6’ 4” height. The same interior still features good design and materials, comfortable seats, and proper driver position. However, out of the two loudest criticisms with the ATS Sedan, a finicky manual transmission and bland gauge cluster, only one has been addressed.

Thankfully, the most important part maligned in the Sedan, the manual transmission, was fixed. The revised manual transmission has a moderate short throw, mechanical and notchy feeling matched to a medium soft, easy to engage clutch pedal. It is not a brilliant transmission, but it no longer distracts from driving engagement. Of the three drivetrain combinations we drove, the 2.0T with manual was the best, not to mention the least expensive. 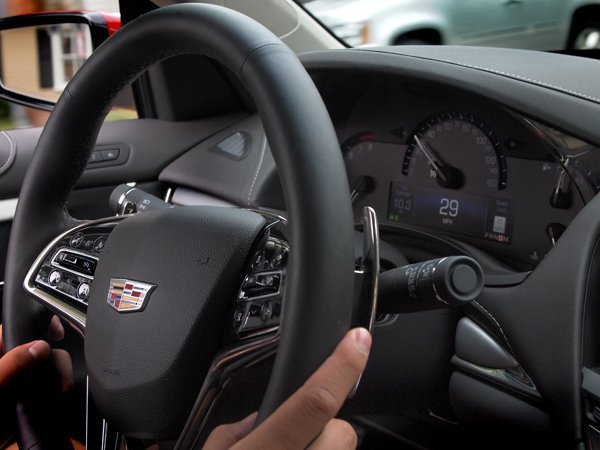 I’ve promised the clowns at The Car Lounge that I’d write about the gauge cluster. I, like so many critics, see the luster that’s lacking in the ATS’s gauges. However, to me, they are adequate. Megan Fox’s thumb or the meme about point elbows adequately describes how I feel about people who do not buy the ATS solely because of the gauges. There is so much good that will be overlooked if only the gauges write the ATS off.

That’s not to say there are not a lot of good reasons to choose the competition in this segment. While the ATS’s V6 has wonderful charm, burbling and popping on shifts, it lacks the thrust of BMW’s masterpiece turbo I6. Meanwhile the ATS’s turbo I4, despite being revised, is still subdued and uncharismatic, with a power band that abruptly ends above 6,000 RPM. Both powertrains leave something to be desired. 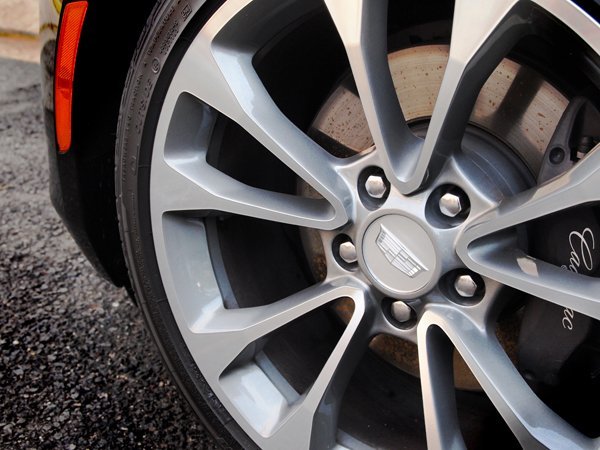 But the unflappable composure of an ATS Coupe driven quickly down winding forest roads won me. The ATS Coupe is an enigma that inspires equal measures of confidence and involvement. It is a gem of a car that is fun driven fast or slow. That is such a rare feat that only a few cars, like BMWs of yore, can claim to perform it. The ATS is lithe to the verge of chauvinism and as charismatic as a movie star, yet quiet and supple enough to keep the driver comfortable after 6 hours of driving. I wanted to keep the keys.

Next to a line of worthy and competent competitors, does the ATS Coupe does stand out? It certainly does. Going back to the race metaphor, it is clear that Cadillac has trained longer and harder than competitors and produced a car that can win. 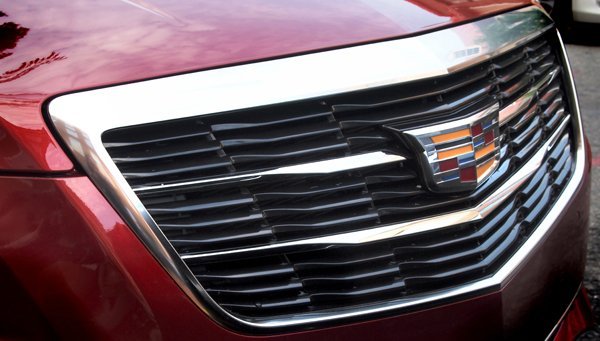 So what attribute does the ATS Coupe lack: winning or confidence? It is the same attribute that most underdogs, like Cadillac, lack. Confidence. While the ATS performs, it does so by using the model of the previous leader. Can the ATS Coupe truly be a champion without confidence to move in an original, risky, and ground-breaking direction like BMW did 30 years ago? Do we remember Steve McQueen because he won every race or because of his confidence and attitude?

The ATS Coupe is not a champion. It is a wonderful car, which many people will enjoy owning, but it lacks fundamental ingredients which would set it clearly apart from the crowd. Try the 2.0T with manual transmission and you’ll be hooked, but you’ll also be reminded of how the car could have been so much better given a healthy dose of the boldness that makes true champions.