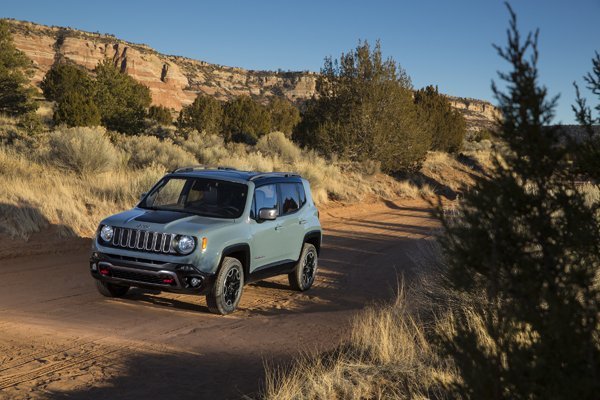 In case you haven’t been paying attention, the auto market is starting to slow down after its post-recession sugar rush. But Jeep ain’t listening. Right now Jeep is like Rocky Balboa. Jeep is jogging up stairs of automotive success that are 50% year-over-year steep. Eye Of The Tiger is playing on every Jeep factory radio. I don’t know what Jeep is doing right, and I’m not sure if Jeep knows either, but Jeep is diligently trying to meet the enormous demand with new products. Jeep invited us to take a first look at their new pocket-sized offering, the 2015 Jeep Renegade, which Jeep bills as the most affordable, most city-friendly Jeep to date.

The 2015 Renegade has a Trailhawk trim that is supposedly “Trail Rated”. That means it is supposed to be a legitimate off-road vehicle, like all Jeeps are supposed to be. Jeep can’t make a car that gets stuck in wet grass without people laughing. Remember the Compass? However, it is possible that this “Trail Rated” business plastered on another hopped-up sub-compact car could be a joke. 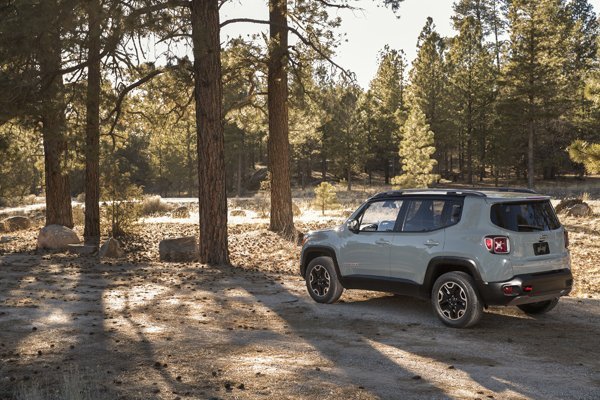 Last year the internet had an all hands meeting when Jeep revealed the Cherokee and concluded that it is impossible to make an offroader out of a unibody vehicle. Fortunately the internet was wrong and the Cherokee Trailhawk is good. So there is a ray of hope that Jeep’s engineers can do it again for the Renegade. 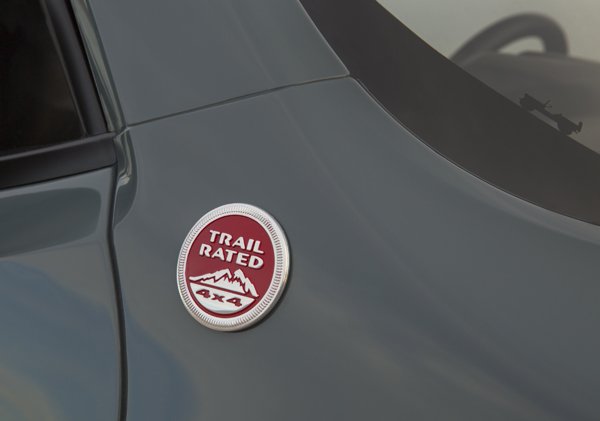 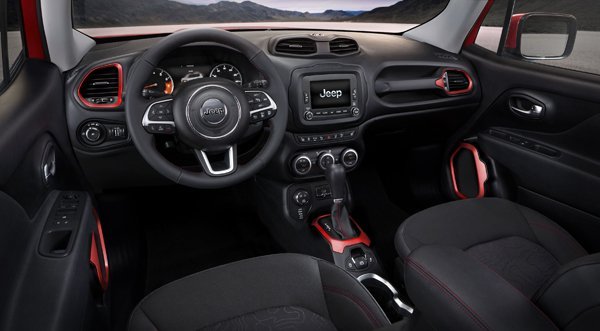 Having a quick look through a Renegade on display for journalists, it is clear that the car has considerable potential. The exterior has a theme for its detailing featuring an “X” pattern that mimics the fuel cans used on World War II jeeps. The interior feels durable and looks useful. The Renegade has a unique two-panel manually-removable roof which can be upgraded to a sliding moonroof that is also manually-removable. The rear storage compartment is large and useful. 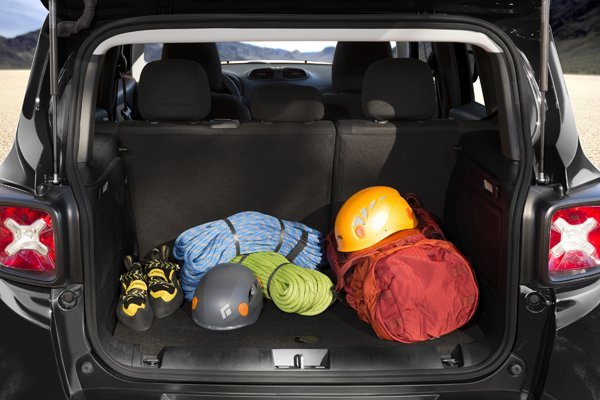 In a sea of boring but very practical small cars, the Renegade looks like it will stand out as a less boring, less practical small car. We’re looking forward to driving the 2015 Jeep Renegade to put its Trail Rated credentials to the test ahead of its availability at dealers later this year.