I know what you’re thinking. Equus vs. K900? What sort of fratricidal silliness is this?

Hyundai and Kia go out of their way to downplay their relationship to the media and consumers. They don’t do joint events (any more so than other automakers would, anyway) and they adamantly refuse to acknowledge or address any product synergies (or anti-synergies) that may or may not exist between the two brands. They each benefit from the arrangement, but neither plays it up. Don’t ask a Hyundai product rep to comment on whether the Veloster’s existence could have ramifications for the development of future sport compacts under the Kia banner. He or she knows, of course, but you’re going to get the brush-off.

Fine. But turn-about is fair play, and all, and I think it’s only reasonable that we make the very comparisons that you won’t hear from either camp. So, rather than seeing how either stacks up against the Japanese and European competition, let’s see how each compares to the other.

Both the Equus and the K900 are wonderful places to be. Neither has a tier-one quality about it, but they’re solid second-bests, featuring reasonably nice materials and what appears to be solid build quality. The Equus has a more conventional American/Japanese take on luxury. There’s not a ton of flair, but everything looks and feels nice. The seats are comfortable, but there’s no contrast stitching or pronounced bolstering to be found here.  This is a one-size-fits-most approach geared toward those looking for suppleness over sportiness. The K900’s seats aren’t really any more aggressively sculpted, but the sharper angles and contrasting piping of the leather work suggests youth and liveliness. 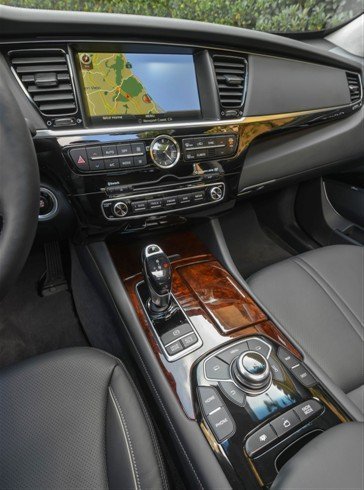 The theme carries on in other parts of the cabin. The control layout in the Equus is very straightforward and conventional – very Lexus.  The gear selector is a simple straight-up-and-down type affair with no frills or flash. It’s all simple and intuitive. In the K900, everything has a more German feel to it (the gear selector design in particular is pure BMW). The controls aren’t as quickly deciphered or recalled, but the layout looks flashier and more tech-oriented. From a purely aesthetic standpoint, the K900 is the winner here. In terms of functionality, I’d have to give the nod to the Equus. 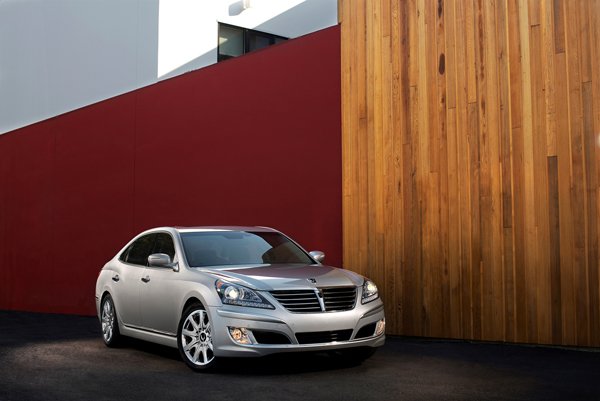 The stylistic themes are just as consistent on the outside of each car, though both lean more European in their influences. The Equus goes for a Lexus profile and rear end (scope the integrated exhaust outlets—very LS) and a Mercedes-influenced face. The K900 aims for something in between Aston Martin (in the front) and BMW (out back). The K900’s design is more coherent and more aggressive overall, and the integration of the Kia grille makes it seem less derivative than it may otherwise appear. Winner: Kia, and this one isn’t close. 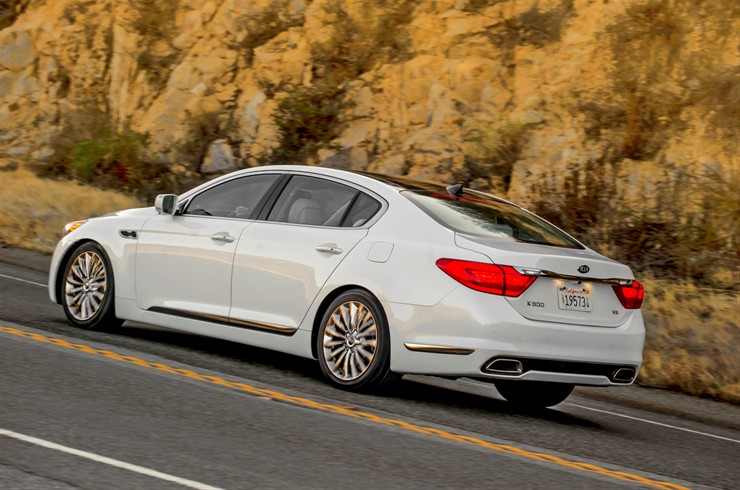 Round 3: For crying out loud, talk about driving.

I was hoping you wouldn’t ask. I tried my hardest while driving these two behemoths to come up with some sort of hook I could use to differentiate their driving experiences. The short version is this: If you put the Equus’ air suspension in sport mode, it’s pretty much the exact same thing as driving the K900 in its only mode (the Kia lacked this feature). If the Hyundai is not in sport mode, it’s wobblier. That’s it. That’s all I got. 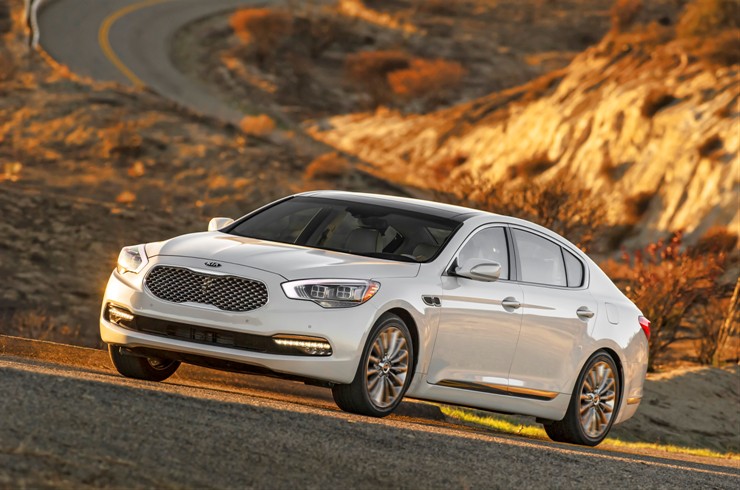 Neither offers a particularly sporting ride. Even in its most aggressive mode, the Equus would hump awkwardly over camber changes when pushed. The K900 is less prone to doing so, but still isn’t particularly happy being hustled. There’s plenty of tire underneath the fenders of both cars, and in normal driving the chassis never feel overwhelmed, but when you dial up the aggression, both cars’ luxury predispositions glare through.

Sure, when the road opens up and you can flat-foot that superb, five-liter V8 (429hp in the Hyundai; 420 in the Kia), each goes for the horizon with authority. I spent the afternoon chauffeuring around some friends for a birthday celebration, and one (possibly intoxicated) back-seat occupant in the Kia got a kick out of saying “Slingshot: Engaged!” every time I went for a pass on I-83. 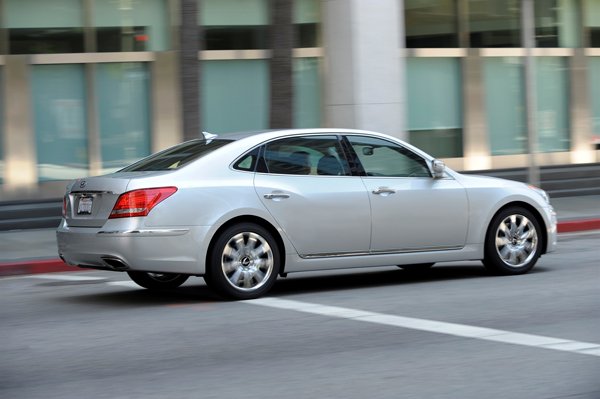 Both the Equus and the K900 offer $60,000 worth of luxury. If it were my money to spend, I’d be looking for something with more sporting pretentions, but with the choices in front of me, I’d have to pick the Kia just on aesthetics alone. Its exterior design should age better than the Hyundai’s, and the interior detailing is just a bit more my speed.

Hyundai and Kia provided the vehicles for the purposes of this comparison. Photos courtesy of the manufacturers.