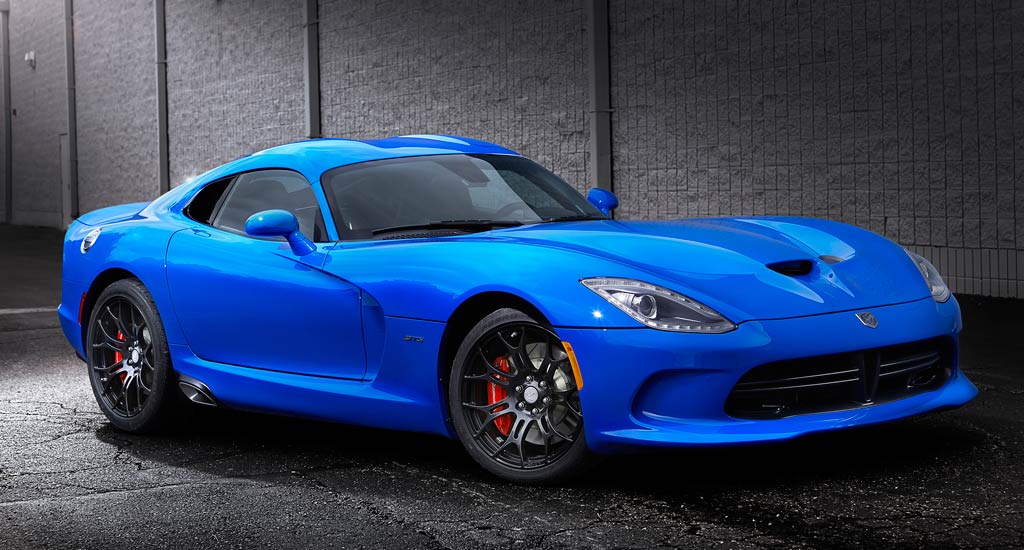 We’ve got some good news for you would-be Dodge Viper owners. Dodge announced today that the 2015 Dodge Viper will be priced at $84,995, a full $15,000 less than the 2014 models. This is a pretty drastic move by Dodge in an effort to kickstart sluggish sales, and compete with the 2015 Chevy Corvette Z06 that will be hitting dealers soon. Dodge says that the 2015 Viper is priced in the same ballpark as the original 1992 Viper when adjusting for inflation. The original Viper started at $50,700, which is about $86,130 in 2014 dollars.

The logical concern is what this does to current 5th Generation Viper owners and the resale value of their 2014 models that were purchased at a higher price. While we’re sure that some Gen 5 owners will be pretty bent out of shape about having to pay a higher price, Dodge is doing the right thing and offering current Gen 5 owners a $15,000 voucher towards the purchase of a 2015 model, on top of the $15,000 price cut. That’s a hell of a deal to be had. Dodge is also making the price cuts apply to all existing 2014 Viper inventory, effective immediately.

The 2015 Dodge Viper will be available in five trim levels for 2015, all of which receive the price reduction: 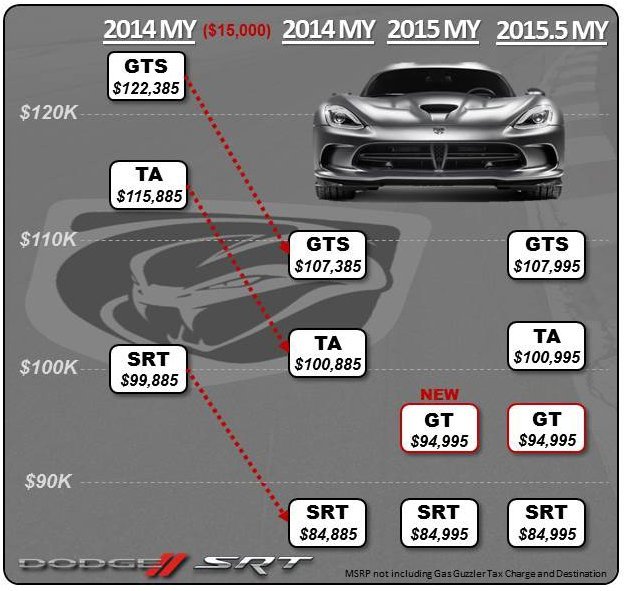