In their press release for the new 2015 Escalade, Cadillac is quick to tout much-improved (and class-leading, if you exclude the Benz GL diesel) efficiency as the truck’s defining point. Improved efficiency is all well and good, and quite necessary for CAFE standards, but let’s be brutally honest here: nobody, and I mean nobody, buys an Escalade based on fuel economy. And that’s OK. 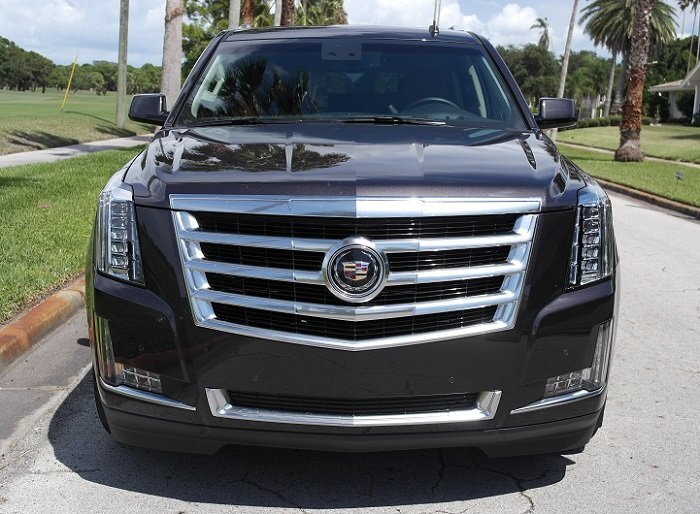 So what else is new about the Escalade, something that might tempt buyers cross-shopping other upscale 7-seaters like the GL550, Range Rover or Lexus LX570? Style, for one. Caddy’s new corporate face has now been slapped on the Escalade, with a prominent waterfall grille framed by twin-tiered LED running lights. It’s a classy yet imposing look, and it works well on the considerable girth of the long-wheelbase ESV model I drove. Around back, full-length LED taillights continue the theme. It’s a look that implies power, an asset the Escalade has in spades. 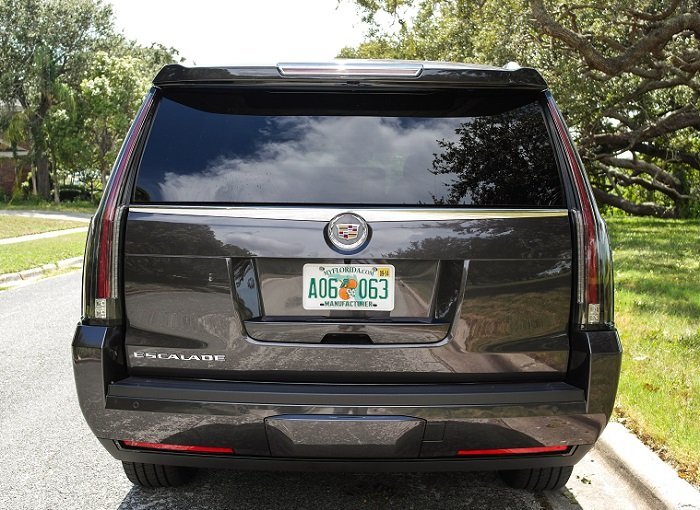 A new 6.2-liter EcoTec3 V8 with 420 horsepower and 460 torques does its part to motivate all Escalade models through a six-speed automatic. Both rear-wheel drive and 4WD are offered. Though it offers better economy than before through cylinder deactivation and direct injection, the 6.2L also brings 5% more power and 10% more torque. For all its strength, the new powertrain still requires a hefty shove of the gas to summon the acceleration it’s capable of. Once you move through that initial pedal travel, though, the Caddy hauls – even in this 3-ton beast of a hauler, sub-6-second 0-60 times are possible. It also sounds glorious doing it. 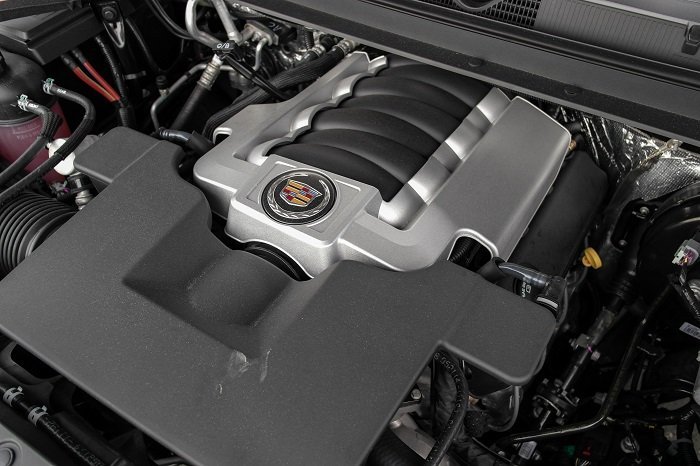 The bulk of the redesign efforts clearly went toward the interior, which is a far more modern and sumptuous place to spend time in than before. Better aerodynamics and sealing techniques lead to a quieter cabin, and all the surfaces that passengers are likely to touch are wrapped in either leather, woodgrain or Alcantara. The CUE system makes its first appearance in Caddy’s largest product, as does the full-graphic gauge cluster. We’re getting more comfortable with CUE now through repeated use, though some ghost-in-the-machine type electronic anomalies found their way through the screens from time to time. We’re not sure whether our tester was a pre-production model or not, but it’s likely that a simple dealer reflash would have ameliorated the issues, if other similar reports are any indication. 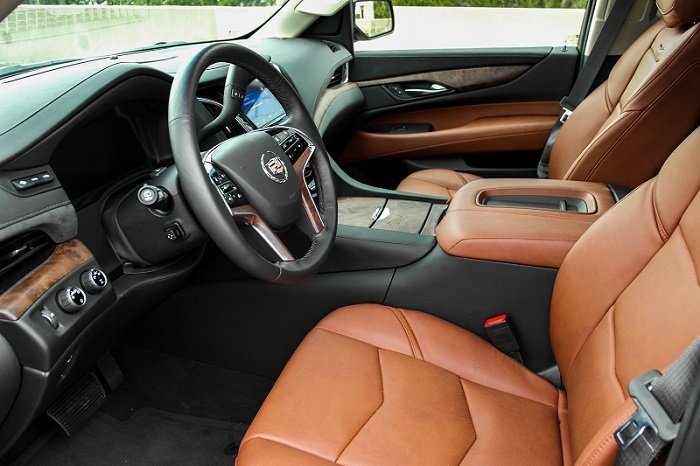 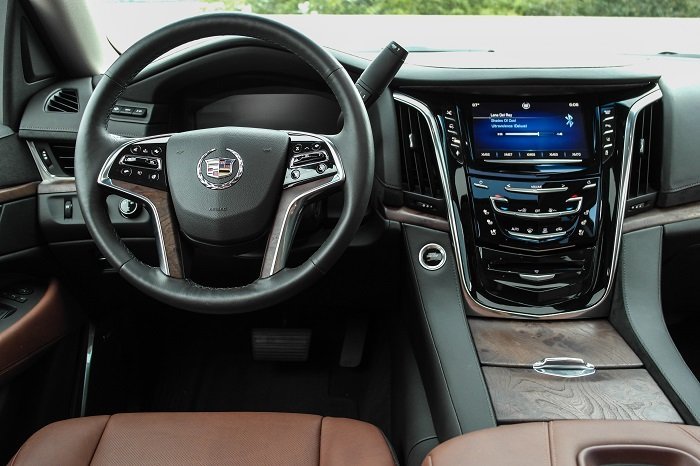 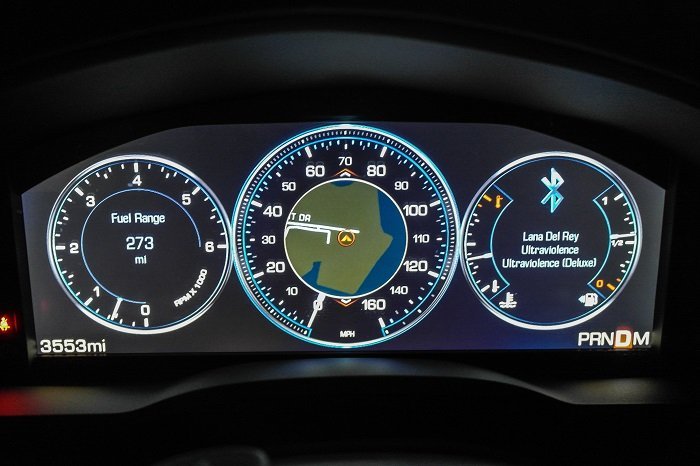 Whether tooling around town or undertaking extended freeway jaunts, the Escalade is unflappably comfortable and composed. Despite being a truck underneath, the ride is serene, save for the occasional “thwack” from expansion joints – likely due to our truck’s glitzy (and optional) 22” rollers. Torque is prodigious, but easy to meter out from the long-travel pedal. Visibility is good, but blind spot monitoring is a helpful new addition in a vehicle this long. And crucially, the ESV’s interior is positively cavernous, with available space behind the third row of seats humbling that of most two-row SUVs. 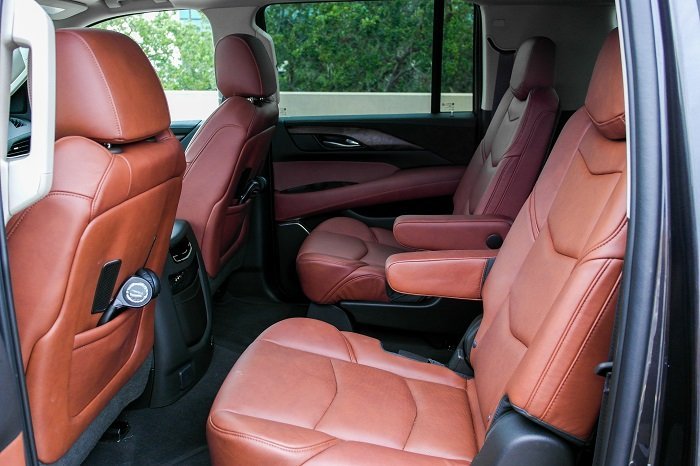 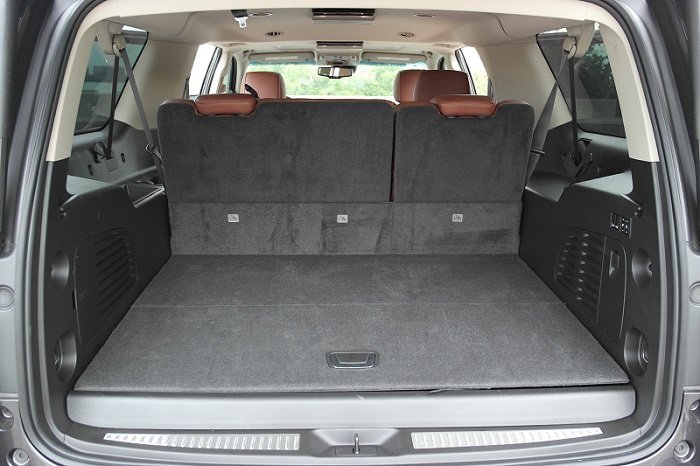 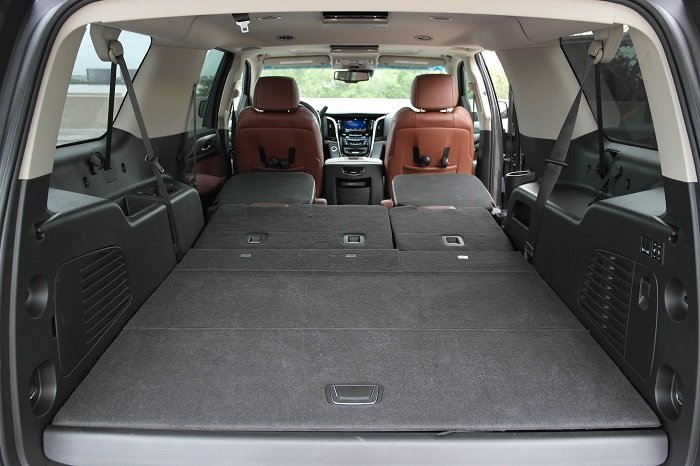 For buyers of the fleet/livery ilk, upwardly advantaged multi-child households, or just those who demand a high level of street presence in a luxurious package, the new ‘Slade ESV is still in a class of one. 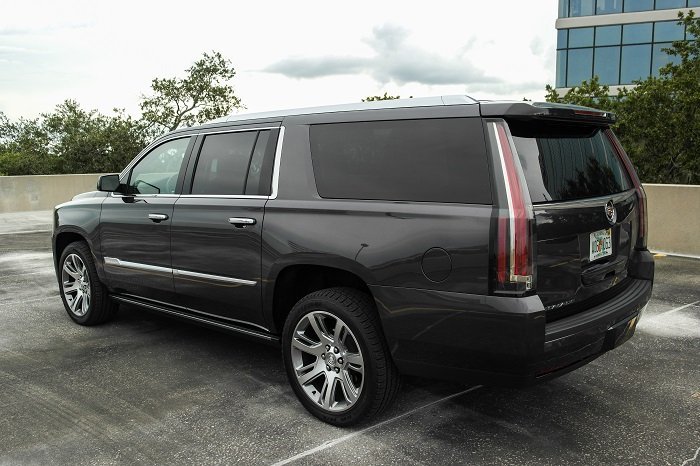