Astute readers may recall that back in August, Volkswagen invited me to fly to Virginia to drive a smattering of their new and refreshed 2015 Jetta, Golf and GTI models. Well, one of those Jettas must have been really enamored with me, because it followed me back to Florida and showed up on my doorstep. Will a week with the Jetta do anything to dull the luster I saw in it over those Virginia hills? Read on to find out. 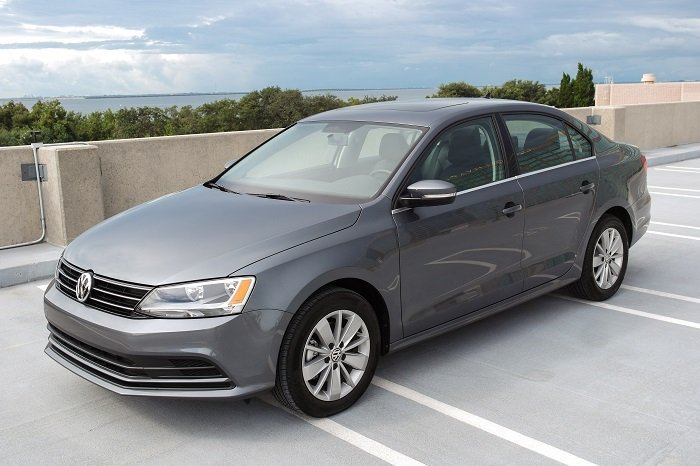 As I reported a few weeks ago, the Jetta has once more become a pleasurable compact to drive. It carries itself like a larger, more upscale car, damping harsh bumps into distant memories before they ever hit the cabin, muting wind noise, and displaying a general smoothness and slickness that would justify a higher price tag than the Jetta demands. While this 2015 does sport slightly revised fascias front and rear, it doesn’t look noticeably different from the sedan that debuted four years ago. It’s still clean and handsome, though, and has aged remarkably well considering that visually, it still fits in with the rest of VW’s newer lineup. 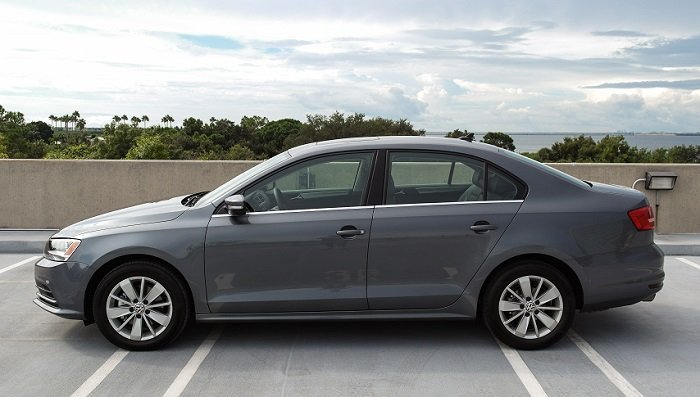 With nearly all of its former demons exorcised (rear drum brakes swapped for discs, torsion beam rear suspension ditched, thirsty 5-cylinder replaced), the remaining place VW needed to focus its attention was inside. This 2015 brings a soft-touch dash top and various chrome and piano black trim pieces that lift what was once a mostly coal-bin-black affair. 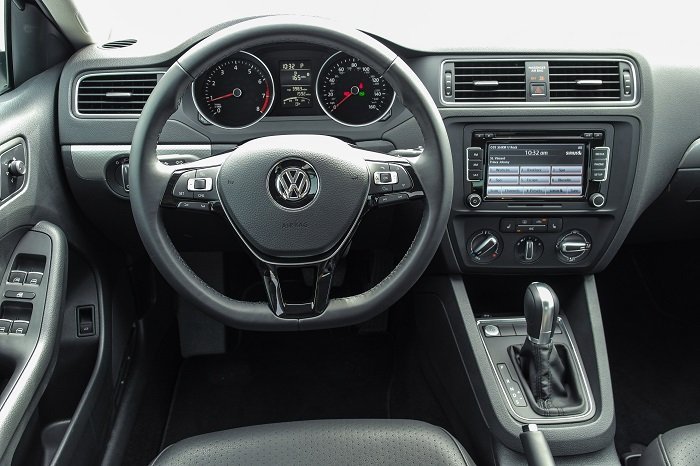 Equipment levels have also been improved, and feature content on our mid-level SE w/ Connectivity tester ($23,145) is generous for this class. Heated leatherette seats, a power sunroof, remote entry with push-button start, a touchscreen stereo with Bluetooth audio streaming, and a leather-wrapped steering wheel are bundled with the turbocharged engine and 6-speed automatic to create a compelling, reasonably-priced package. 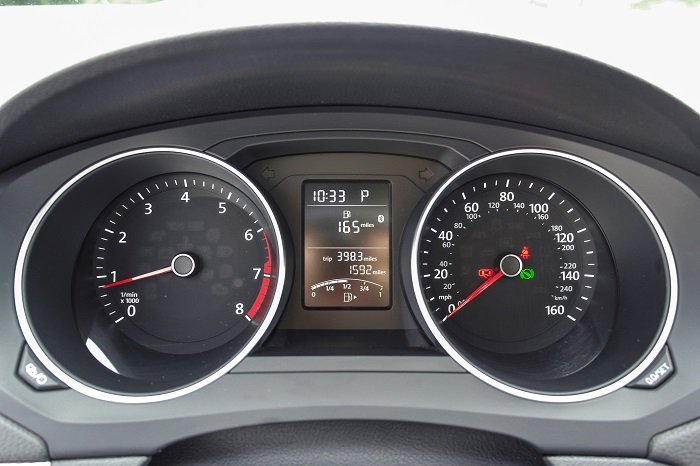 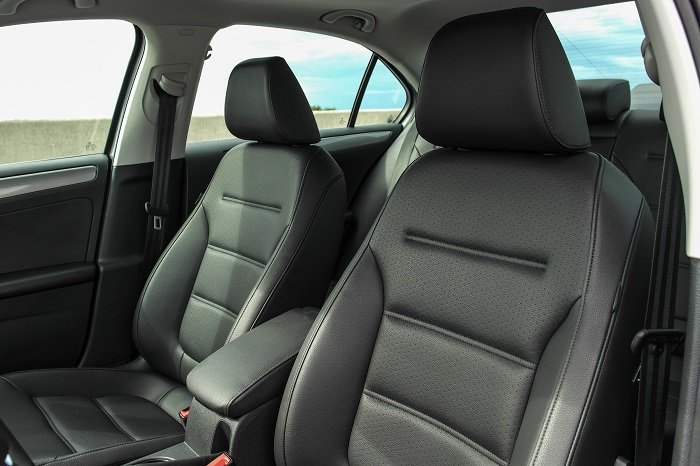 The new 1.8T that Volkswagen started installing in the Jetta last year is a honey of an engine, feeling far more powerful and torquey than its on-paper stats suggest. It’s never wanting for poke, from essentially idle speed on up, and even at the top of the rev range it doesn’t feel out of breath. The fact that it’ll run happily on regular unleaded is an added bonus. 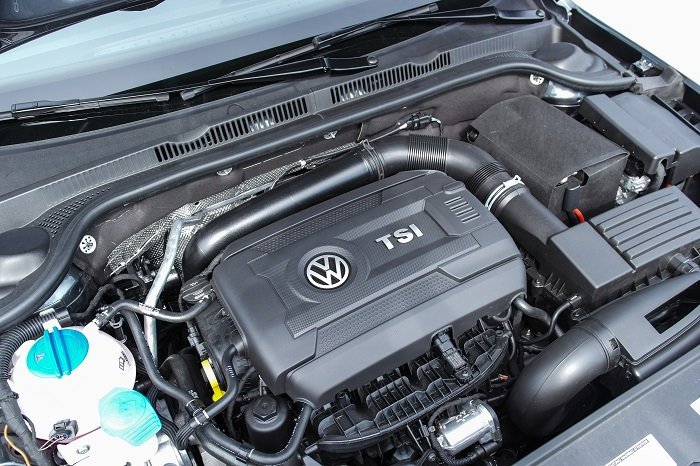 If you didn’t know any better, you’d swear the 6-speed automatic hooked to the 1.8-liter EA888 was a dual-clutch unit – such is the way it’s programmed to shuffle smoothly between gears, though it does have a propensity to find 6th gear and stay there unless you’re hoofing it. The 1.8T has enough torque to cope with low revs in top gear, but if maximum forward thrust is desired, you’re better off leaving the transmission in the “S” setting or taking control manually. 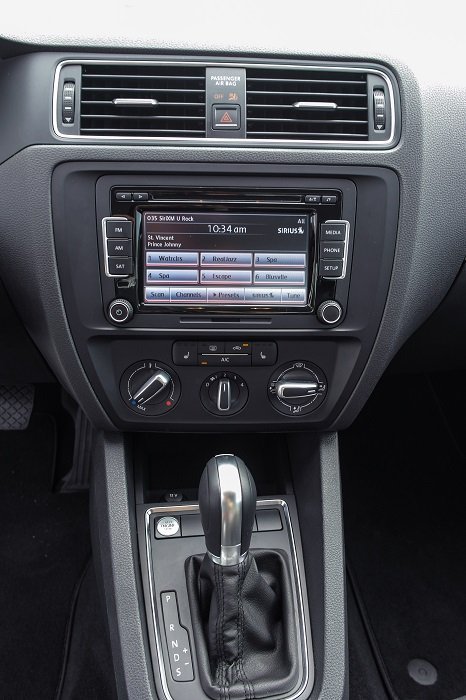 For the rare new car shopper that prefers to row their own gears, VW has added a tempting 1.8T Sport model to the 2015 lineup that includes 17” alloys (up one inch from our tester’s), sport suspension, heated sport seats, navigation, fog lights, a black headliner, contrasting stitching on the seats, steering wheel, shifter and handbrake, and a rear spoiler – over and above the equipment already included on the SE w/ Connectivity. All of that comes at a price of $21,715 for a 5-speed manual or $22,815 for a 6-speed automatic – making the Sport the apparent bargain of the Jetta lineup for those willing to scour the option sheet for its existence. 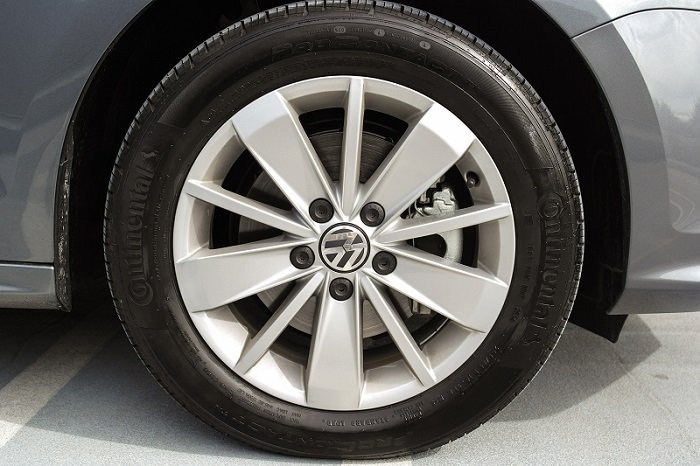 While the 1.8T Sport would be the trim level most likely to capture my dollars, it’s difficult to argue against our SE tester or indeed any of the 2015 1.8T and 2.0 TDI Jetta models. By offering more driving verve – and greater equipment levels – than the rest of the compact field, VW has righted its initial misstep and finally made the Mk6 the car it always deserved to be – a Jetta. 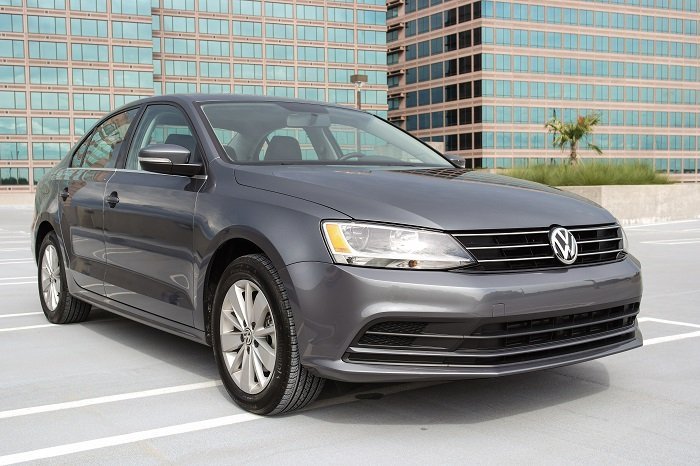 Volkswagen provided the vehicle for testing purposes and one tank of gas. Photos by the author.