Having spent a bit of time in Europe, I recall the new Opel Insignia I rented once from an airport counter a few years back. That car was an “estate”, a body style we’re not fortunate enough to get here, for obvious sales reasons. Still, the brief encounter with that station wagon was a pleasant one, and a driving experience immediately drawn to mind during my week with the Insignia’s American stepsister, the Buick Regal. I don’t think I’m wrong in my belief that it’s the most European car GM sells in this country. 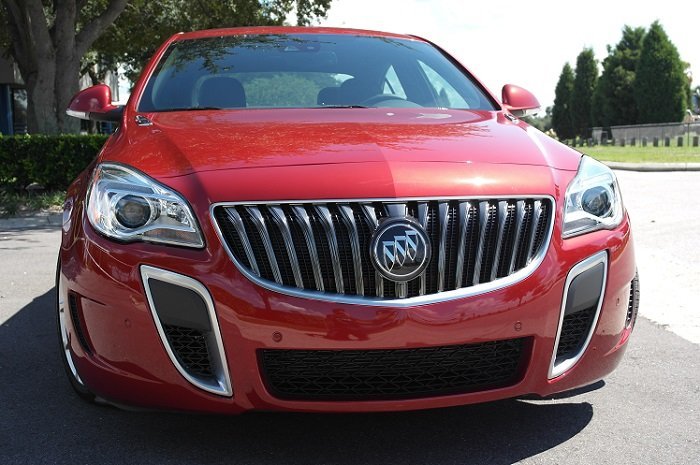 Describing something as being or feeling “European” or “continental”, at least when used outside the context of manufacturing location, has always struck me as a bit marketing-y in the past. After all, how could something assembled in Canada, made from parts of predominantly North American origin, be European? Even the nameplate, Buick Regal, is about as ‘Murican as it gets in this day and age. But the Regal truly is European. It was designed by Opel, GM’s German subsidiary, for European drivers, their roads and their tastes. After deciding to introduce the car to Americans as the Regal, GM’s initial production run was pulled from German assembly lines. 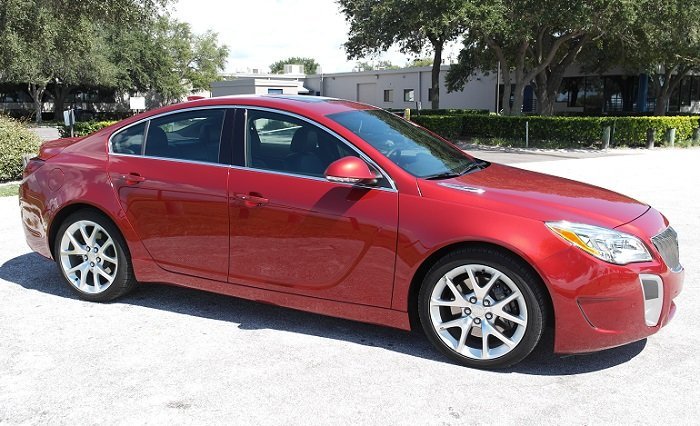 As a result, the Regal GS feels decidedly continental (there’s that word again) in its movements. The ride and handling balance displays such a well thought out level of compromise that the E39 5-series immediately springs to mind. Is that praise too bold for a front-wheel drive platform? I don’t think so. So many manufacturers these days, sometimes even German ones, fall victim to the consumer belief that a hard ride = sporty handling. The GS proves otherwise. The ride is unperturbed over nearly any road surface, the cabin remains quiet and rattle-free, and yet when you throw it into a corner, it doesn’t fall apart. Roll is kept nicely in check, and while our GS AWD model’s nearly 4,000 pounds keep it from feeling what you might call “playful”, it is nevertheless a competent chassis that is willing to be hustled if you demand. 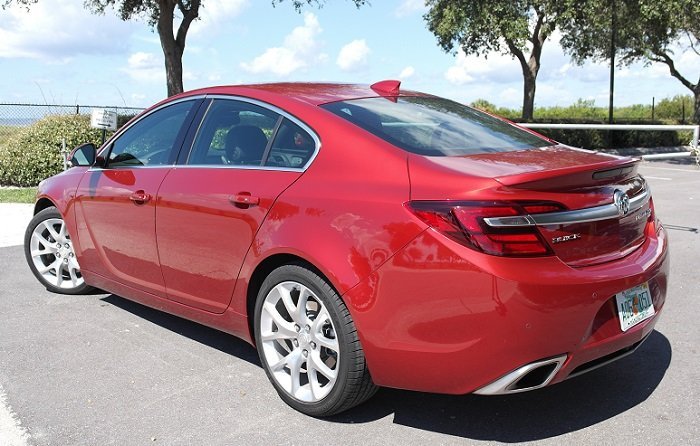 Similar things can be said about the powertrain. Refinement is the name of the game here – outright power junkies won’t be blown away by the 2.0-liter turbo’s 259 horsepower under full throttle, but part throttle openings are rewarded with a broad plateau of the four-cylinder’s 295 lb-ft of torque between 2,500 and 4,000 RPM, and more than 80% of that is available as low as 1,800 RPM. Unlike some blown fours, the 2-liter Ecotec’s power delivery is never lumpy, surgy, or any other descriptor that could be associated with the seven dwarves. The six-speed automatic fitted as standard to the AWD GS (a six-speed manual is available on FWD GSs) shifts smoothly and remains pretty much transparent in all conditions. Considering the curb weight and the all-wheel drive system, our 25.4 mpg observed average fuel economy was impressive, though some of that can be attributed to a highway-heavy test week. 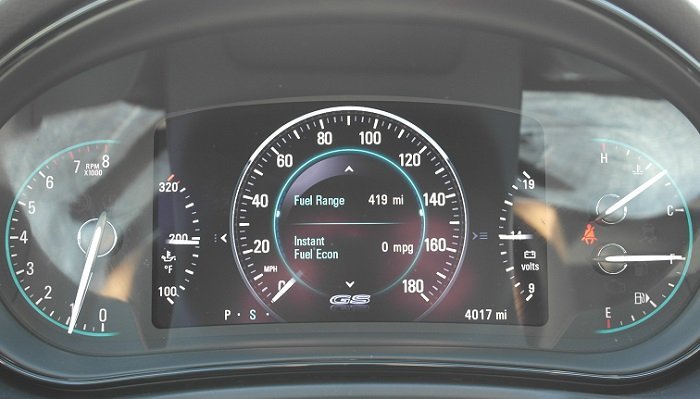 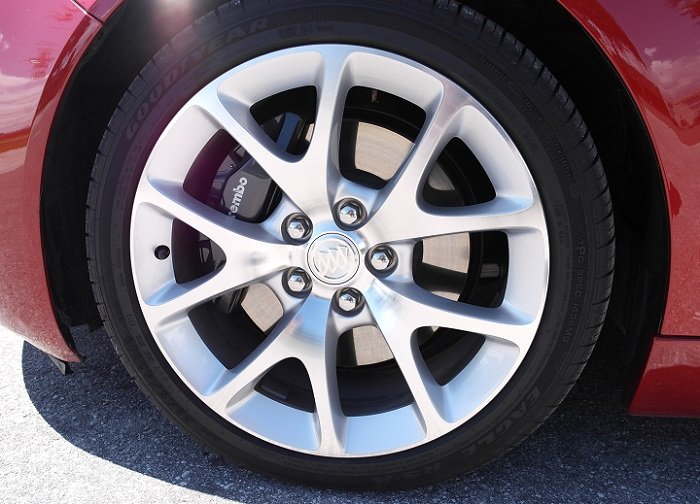 The Regal, particularly in GS guise, strikes me as one of GM’s better styled offerings currently on the market. Sure, the Camaro and Corvette are flashier and more suggestive. Caddy’s offerings are also not without their well-proportioned charms, particularly the ATS – though there is a bit more glitziness to be found there. This Buick, meanwhile, is fairly toned down. GM did well by keeping chrome flair to a minimum, though some pieces can still be found on the hood and around the windows. Still, most of the exterior brightwork is of the matte aluminized type rather than polished chrome. I might even go a bit further with a color-matched monochromatic look, but even as it sits, the influence is obviously European. Oops – that word. Moving on…. 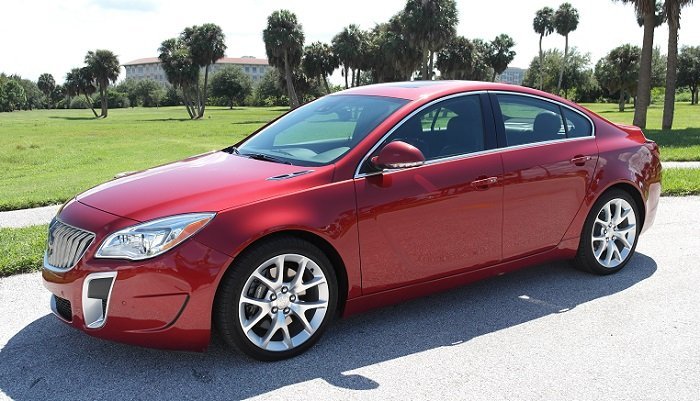 Inside, the Regal has benefitted from some updates over the years to help it match new car buyer’s expectations from a technology standpoint. To that end, a broad touchscreen, touch-sensitive climate controls, a slew of radar- and camera-based safety features and additional ancillary steering wheel controls have been added. GM also saw fit to add class-exclusive 4G LTE capability and a Wi-Fi hotspot, in addition to a fully electronic center gauge panel with a multi-configurable display akin to the one found in the C7 Corvette. The Wi-Fi was a boon for my passenger during a long road trip, but less helpful was the gauge cluster’s tendency to go on the fritz from time to time, leaving me without a speedometer. I tried to use this as a get-out-of-jail-free card for potential speed tickets, but alas, no troopers took notice of the GS, despite its ability to cruise at extralegal speeds with ease. 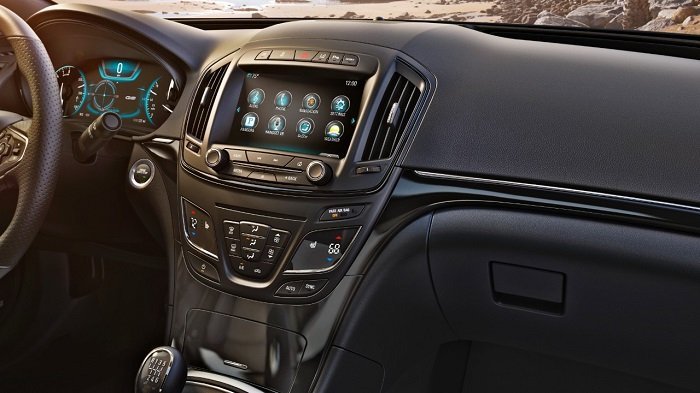 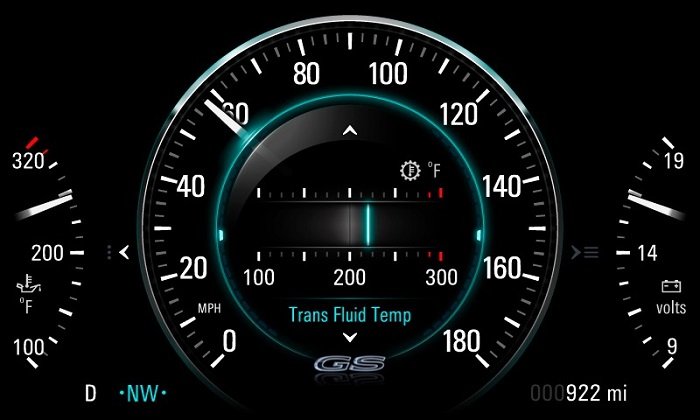 The Regal is an easy car to like. The GS even more so. It’s not an obvious choice within its field, probably for the reason that it’s tough to line up against a direct competitor. A Subaru WRX STI is similar money and brings more speed to the table, but it’s hard-edged and not as well-equipped. Plus, it sends the wrong message for corporate-ladder types. Audi’s upcoming S3 will offer boosted all-wheel-drive performance at a similar base price, but won’t be anywhere near as well-equipped as the Buick, and offers less space inside. The GS is better than the CLA250 I drove last week in just about every way, though few people will be cross-shopping the two. The Regal is an out-of-the-box thinker’s choice for sure; similar to the way a performance Saab or Volvo might have been a couple of decades ago. And it’s a better car for it. 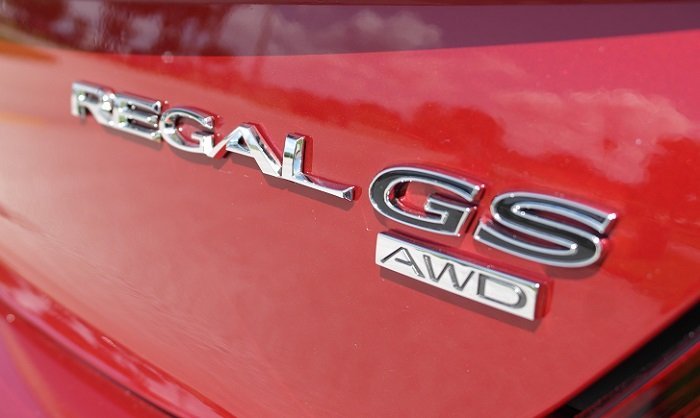 Buick provided the vehicle for testing purposes and one tank of gas. Photos by the author (exterior) and manufacturer (interior).