In struggling to describe the X4 to the unfamiliar, I was often reminded of the fact that BMW’s full model lineup has now stretched to a staggering 97 unique drivetrain and body configurations. Obviously, the name of this automaker’s game is diversification. With a car for every buyer and therefore a butt for every well-contoured seat, the Bavarians stand somewhat alone in the marketplace at the moment – though other manufacturers are hustling to catch up. What’s most surprising isn’t the sheer level of choice at your local BMW lot – it’s the fact that the company still manages to make each one of them a decent steer.

Take our xDrive35i for example. A “35i” suffix in BMW parlance indicates that a sonorous 3-liter straight six with a twin-scroll turbocharger hanging off the side is residing under the hood. Though the X4 is bulkier than its outright appearance would suggest – curb weight comes in at 4,260 pounds – the N55 engine still delivers a gratifying shove of acceleration when summoned. It also sounds quite nice doing so, with a burly growl that evokes the naturally-aspirated inline sixes of BMW’s past. 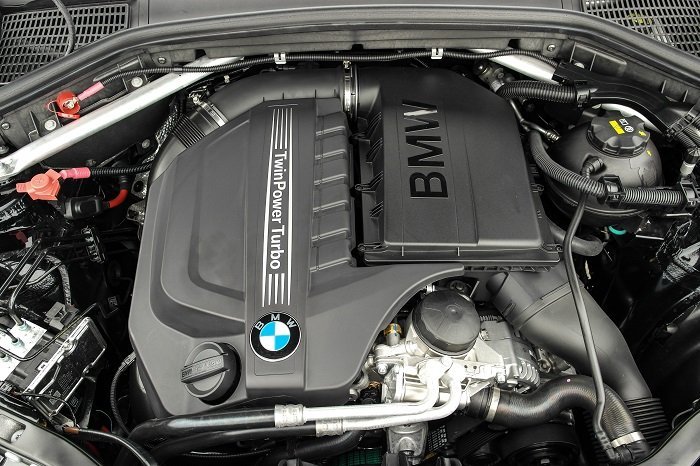 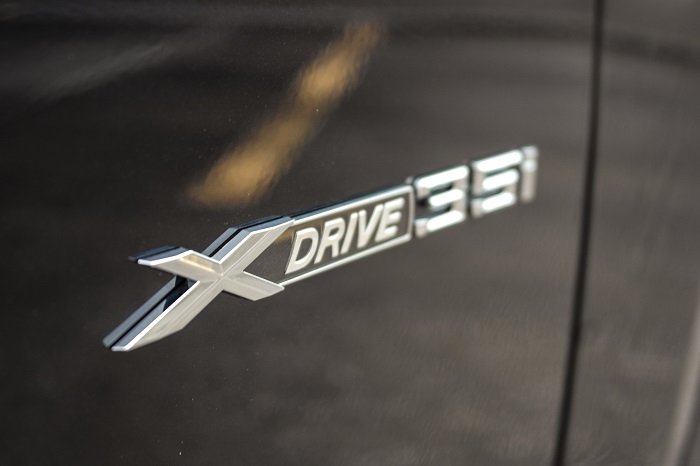 Part of that shove could be down to BMW’s notoriously underrated power outputs – our car felt far stronger than 300 horsepower toting two-plus tons has any right to – but credit also goes to the ingenious ZF 8-speed automatic transmission so prevalent among luxury autos these days. The 8-speed’s mechanicals are probably peerless, but surely some of the charm with this transmission comes down to BMW’s programming work, and it’s clear they’ve spent some time noodling with it. Gear changes are shuffled transparently in full auto mode, though a quick tug of a paddle shifter will spur whip-crack reaction speeds when desired. 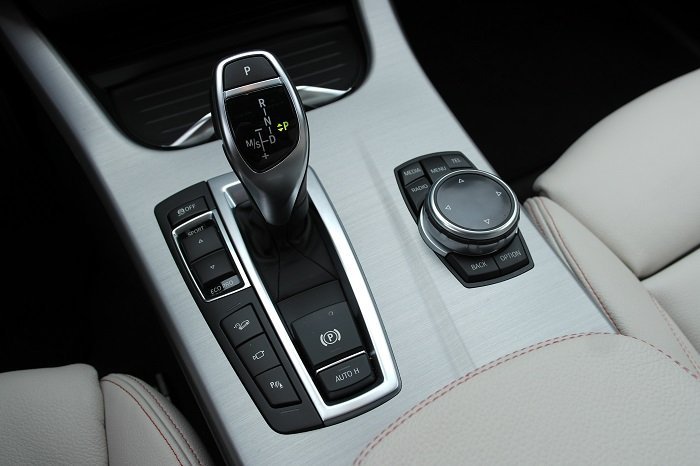 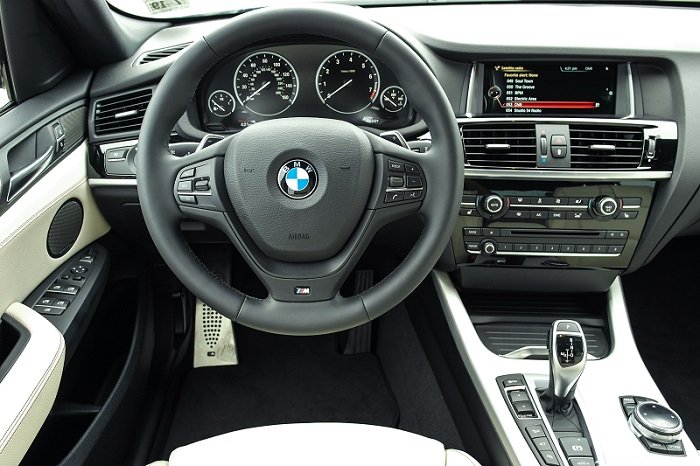 The powertrain is just one part of a compelling package – the other key is the chassis. You wouldn’t expect a vehicle such as the X4 – whatever it might be – to handle well. Sure, it’s based on a car platform, and a good one at that. But it’s then jacked up to high altitude and given a heavier suit of sheetmetal to carry on its shoulders, which doesn’t typically do great things for handling. And yet the X4 still prospers, particularly when fitted with our car’s optional M Sport package ($1,900), Dynamic Damper Control ($1,000) and 20” M wheels ($950). Cornering attitudes are fairly flat, particularly so with the dampers in sport mode, and grip levels high. Ride comfort remains well-resolved. The brake pedal also loads naturally and offers decent feel. Steering feedback is predictably mute, but the rack does at least have a nice heft to it. 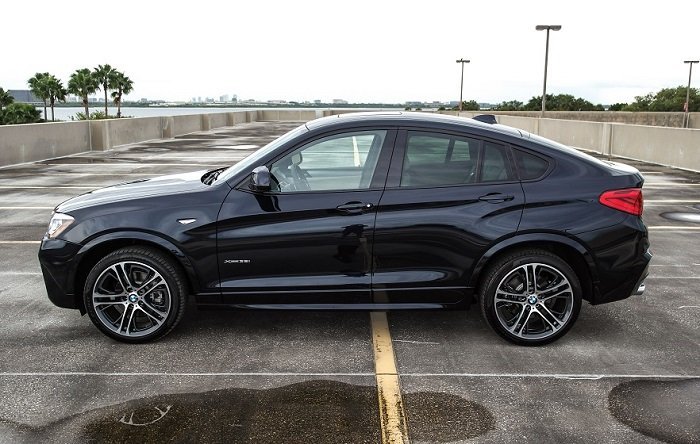 Technology and content levels were high on our admittedly loaded tester. Though nearly every car on the market now seems to offer an available backup camera and blind spot monitoring, BMW’s systems go a step further. As part of the Driver Assistance Plus package, wide-angle cameras front and rear offer crisp, HD-like levels of clarity, and combine to provide a birds-eye view in tight parking quarters. Blind spot monitoring is also included in the package, taken a step further by a lane departure warning system that provides a light pulsation through the steering wheel if you drift into another lane without signaling. It’s gentle but effective, providing the sensation of running over those grooved emergency lane markings. 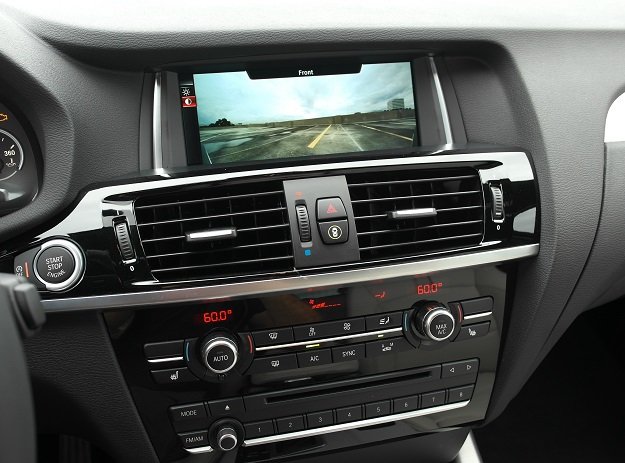 The technology onslaught continues elsewhere. BMW’s latest iDrive controller features touchpad scrawling capability for quick alphabetical inputs and is helpful for those with lengthy phone contact lists. The 16-speaker Harman Kardon sound system’s option box was also ticked, and it provided crisp, powerful highs with decent bass and quick pairing via Bluetooth. The rest of the interior is attractively laid out and appears well-assembled, with no materials that felt anything less than satisfactory. BMW will also continue to draw compliments from long-legged drivers like myself for offering sport seats with extendable thigh bolstering. 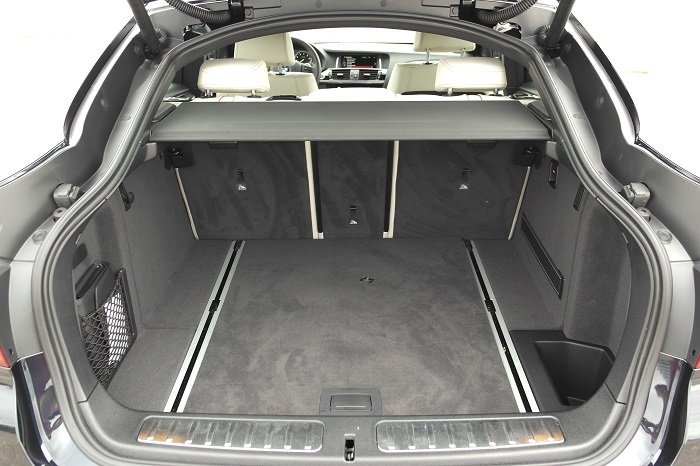 While its mega-hatchback looks and tough-to-nail-down classification will draw confusion from some and ire from others, BMW obviously had a hit on their hands with the X6. With BMW now hoping to replicate that success in a nimbler, more affordable and more efficient package, the X4 will probably continue to split opinion and woo those select few for whom it’s a perfect fit.