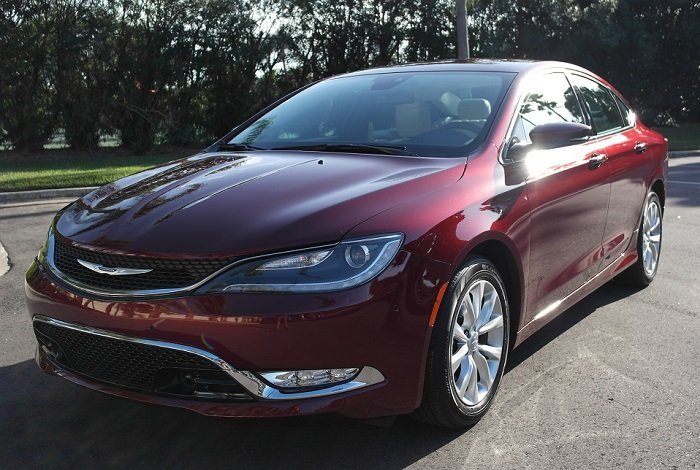 It certainly isn’t easy work. But the payoff is huge – hence the reason there are no fewer than 11 new models from as many distinct manufacturers competing for shopper dollars. And it’s probably also the reason Fiat-Chrysler decided to consolidate their efforts by eliminating the Dodge brand’s midsize contender – the Avenger – in order to move full steam ahead with the redesign of the new 200. 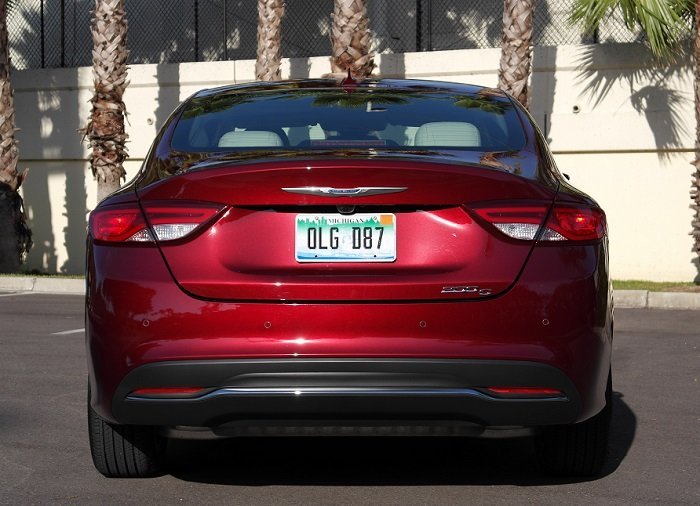 And new it is. New styling, a new interior, a new four-cylinder/automatic transmission powertrain (by far the most popular configuration in this class) and a newly available all-wheel drive option conspire to kick the previous Sebring-rehash 200 fully out the door. This 200’s updated silhouette is modern but not completely revolutionary – the racy coupe-like roofline echoes the VW CC a bit in form. It’s a pleasant shape, and if the view from behind is a bit plain, then at least the front end’s a bit more boldly sculpted. Available 19” wheels on high-end models do the sedan’s new shape particular justice, but even on our 200C tester’s standard 17” alloys, it’s a handsome sedan. 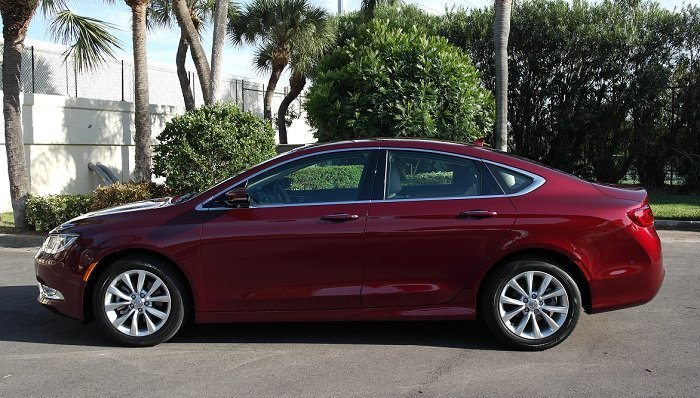 Similar things can be said about the interior – it looks fresh, drastically improved compared to the previous 200, but it will still be familiar enough to anyone who’s spent time in a current 300 or Dart. Materials are par for the course but nothing more. The user-friendly 8.4-inch Uconnect touchscreen system is back in action here, optionally, and a 5.0-inch touchscreen comes standard on all but the base LX trim level. The 8.4-inch remains intuitive and visually pleasant, so consider it worth the $1,395 cost of entry, which also gets you navigation, a better sound system and the like. Adaptive cruise control, blind spot monitoring, lane departure and forward collision warnings are newly available features that come bundled in a $1,295 safety package, also probably worth the relatively modest outlay. 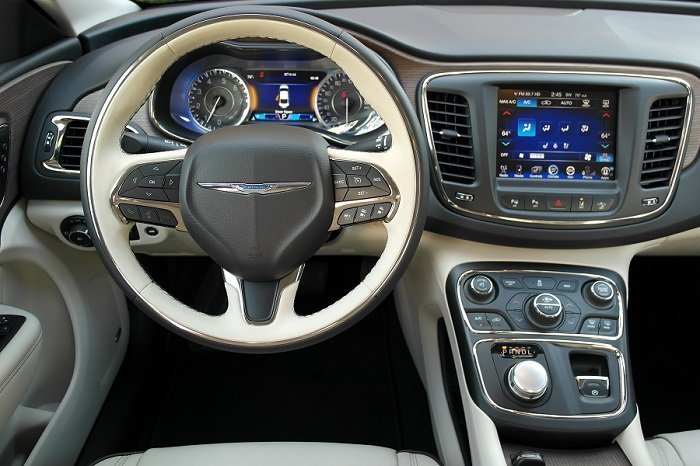 There are thoughtful touches scattered throughout the 200’s interior that make it clear Chrysler sweat over the small stuff on this car. The sloped center stack allows your hand to fall readily to commonly used controls. I loved this setup the first time I tried it on the current Lexus IS, which sports a similar layout, and it’s no less useful here. There’s a deep storage well hidden underneath a sliding cup holder tray in the center console, perfect for hiding the valuables you probably shouldn’t be keeping in your car anyway. The bin also has a cable pass-through that allows charging access to yet another storage space located below the dash. The heated seats and steering wheel are Detroit industrial-strength, and proved far too effective even on Florida’s “chilliest” fall days. 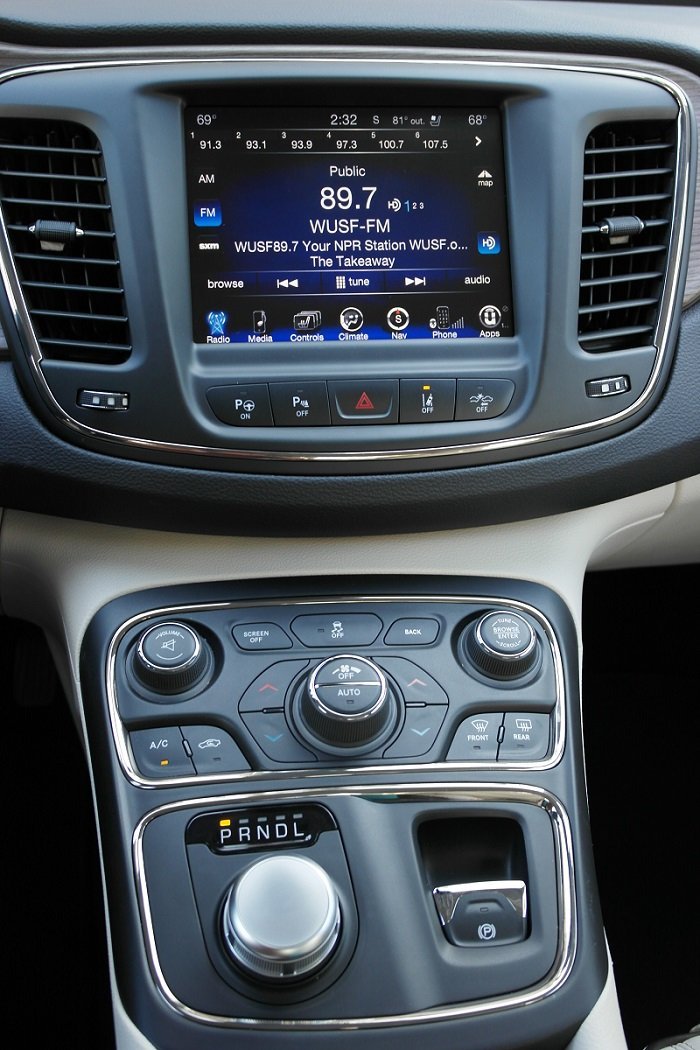 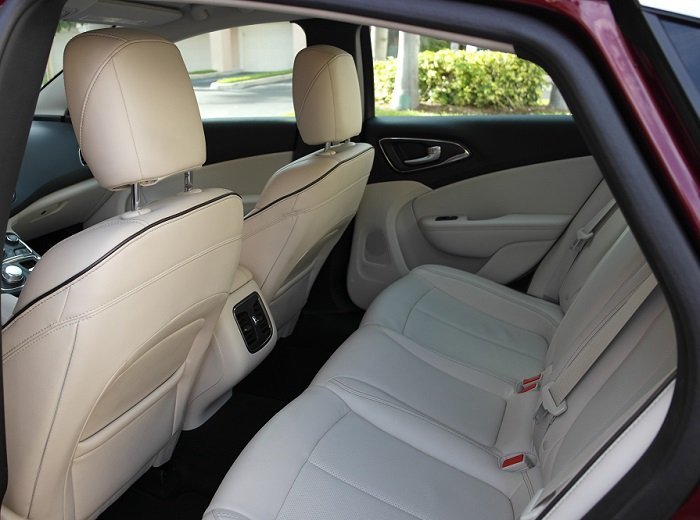 The 2.4-liter SOHC Tigershark four-cylinder is a thoroughly revamped version of last year’s venerable World Engine four-banger, which benefits from a MultiAir II variable valve timing- and lift-equipped cylinder head, bringing horsepower up from 173 to 184, and torque from 166 lb-ft to 173. This is mated to the nine-speed ZF automatic transmission that first saw action in the Jeep Cherokee. The optional Pentastar V6 is available to those in need of a bit more grunt, and brings 295 horsepower (highest in the midsize class) and 262 lb-ft to the table, mated again to the nine-speed auto. All-wheel drive is available, but only with the V6. 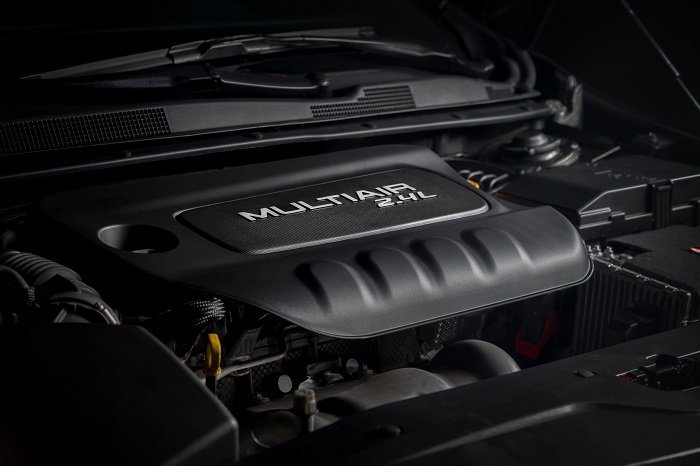 Our car was what you’d consider the ‘popular’ model – a well-equipped 200C with front-wheel drive and a four-cylinder rather than the V6. This is the version that sells in spades to fleets and retail customers alike. How does it drive? Pretty well, actually. The nine-speed auto seems to have benefitted from the software updates that were implemented on the Cherokee – shift action has been noticeably smoothed and gear changes feel more decisive. It also finds its way into ninth gear more often, something I didn’t witness during my time with the Cherokee. The four-cylinder isn’t overtly powerful, but it’s probably the more prudent choice and returned a respectable 26.5 miles per gallon during a week of mixed conditions driving. 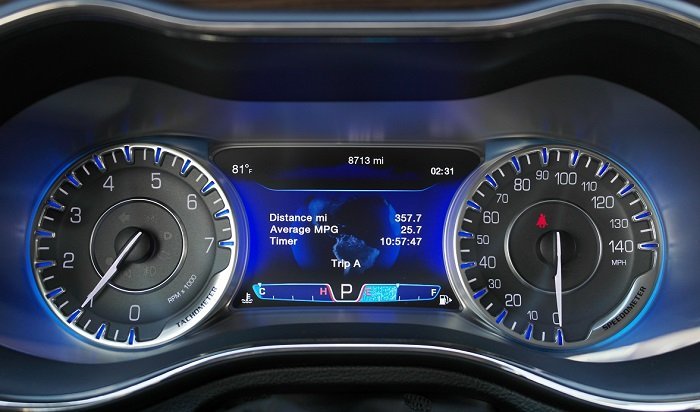 Handling and ride characteristics on our 200C land at the softer, comfort-based end of the spectrum – a firmer, more dynamic setup exists in the 200S. Road noise is hushed and impacts are well-damped. It’s an able highway cruiser, this 200, especially once the nine-speed finds top gear and loafs along at low revs, achieving mid-30s fuel economy numbers in the process. Your passengers won’t find much to complain about on long road trips, either. Front and rear cabin space is stretch-out comfy, and trunk space is solid. About the only sticking point comes from that sloping rear roofline, which clips rear headroom for taller passengers on ingress and egress. Aside from that minor gripe, the 200 hauls four adults (five in a pinch) in as much comfort as anything else in the class.

Put all of that together, and where do we land? Somewhere in the middle of the road, actually. The 200 is a standout is no single subjective category but doesn’t fall down in any of them, either. Our 200C wasn’t particularly sporty, but that’s not to say the V6 200S doesn’t fit that role. The 200C’s focus is clearly comfort and content, areas it was measurably stronger in than many competitors, and for many folks, the fact that it’s not an Accord or Camry will be enough reason to wander down to the showroom to take a look. Many others will be drawn in by the looks, which are quite successful in person. Honestly though, the 200C is now a good enough car to stand up to scrutiny on its own, and certainly worth a test drive if you’re shopping in its class. It should be more than capable of taking a formidable slice of the midsize sedan sales pie.

Chrysler provided the vehicle for testing purposes and one tank of gas. Photos by the author.