I’ve driven plenty of midsize sedans in my time, and if there’s one universal truth amongst all of midsize sedan-dom, it’s this: as a carmaker competing in this segment, you’re almost guaranteed to have a hit on your hands if you can manage to build a car that neither offends nor annoys in any single category. 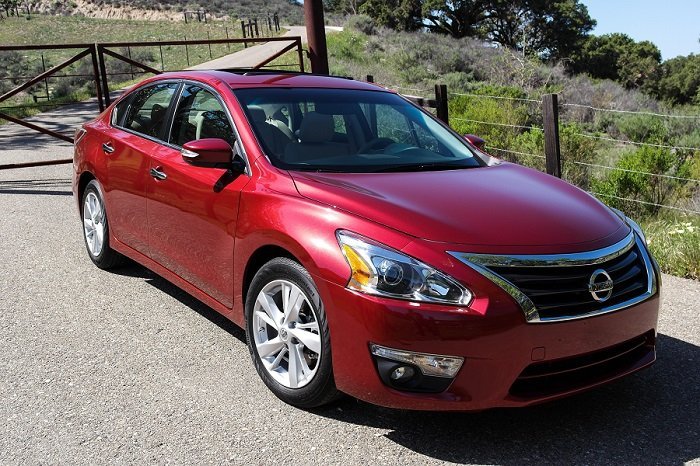 Nissan seems to have accomplished that with the current Altima. I spent a week in a mid-level 2.5 SL back in April during a California road trip, and just recently spent another two weeks with an identical car here at home, and in roughly 1,500 combined miles, I found no irksome qualities present in either sedan. These weren’t the spanking-new, pristine variety press cars that auto writers usually get, either. The first example had 8,500 miles on the clock, and the most recent more than 22,000, but neither car exhibited any of the squeaks or rattles that 30 thousand combined journalist miles usually root out. 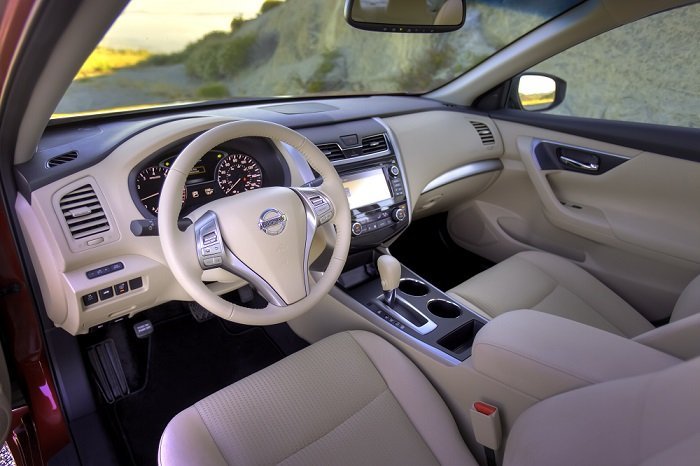 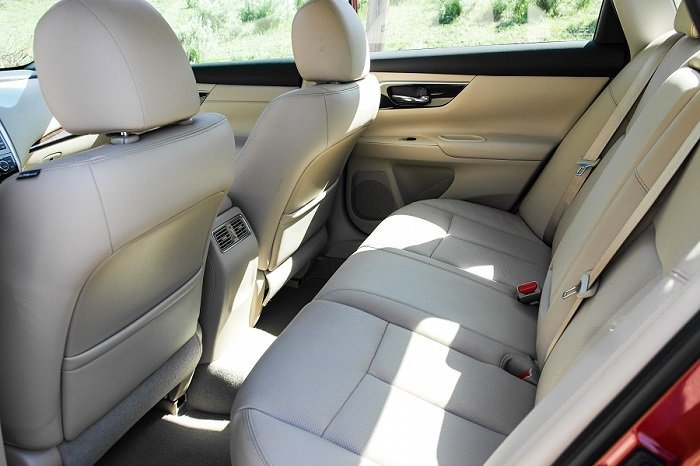 Sales are hard-earned in this class, so let’s go down the list as to why the Altima is consistently ranked among the strongest contenders. It’s decent-looking; it certainly won’t set anyone’s loins afire but neither does it blend into total anonymity or worse, ugliness. It’s roomy – there’s room for three abreast in the back without much complaining, and the trunk is truly cavernous. It’s economical – I averaged 32 miles per gallon in mixed conditions over a two-week period, and saw close to 40 on some occasions on the highway. Range on a full tank clocked in at over 500 miles. Those are some enviable real-world stats. 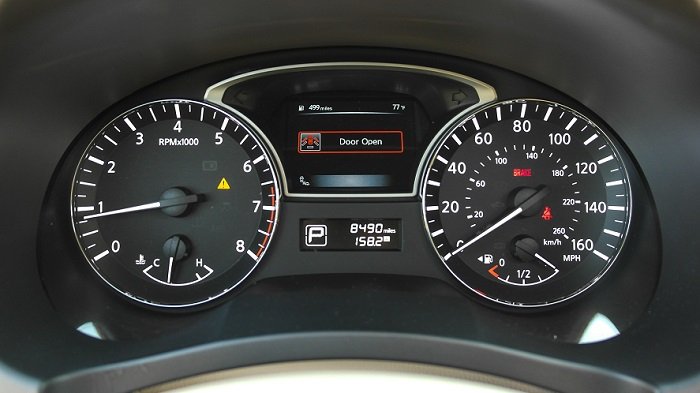 My Altima’s powertrain was Nissan’s venerable QR25 2.5-liter four-cylinder hooked to a standard Xtronic CVT. A 3.5-liter V6 is also available, again with a CVT. Nissan’s been doing it this way for a while now in the midsize class, and it’s fair to say they’ve ironed out most of the kinks. Although Nissan was early to the CVT party, some major players (cough- Honda) are now starting to drop in, so they must have been on to something. Say what you will about CVTs versus traditional automatics, but they have their place in mainstream automobiles, especially when you take note of the fuel mileage the Altima ekes out. The 2.5’s 182 horsepower and 180 lb-ft are class-average, nothing more or less, but I never found myself wanting for power in typical city traffic and highway passing maneuvers. Power delivery is smooth and quiet, even under a heavy right foot. 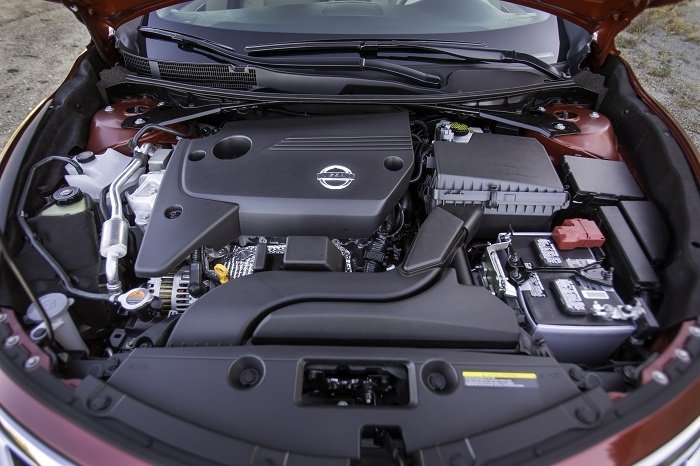 A “sporty” ride-and-handling balance used to be the Altima’s trump card in a class full of (mostly) dull handlers, but now that the Accord and Mazda 6 have fully realized their potentials, the Altima has started to trend closer to the class norm rather than remain a sporty outlier. Nevertheless, it’s got a resolve that belies its modest underpinnings. German manufacturer ZF-Sachs was called upon to supply the shock assemblies – perhaps as a result, roll and dive are both well-controlled, yet the ride remains compliant, avoiding the floatiness of the Passat without being busy or harsh. Steering weight is a bit on the light side, which would be about the only gripe we could level at the chassis. 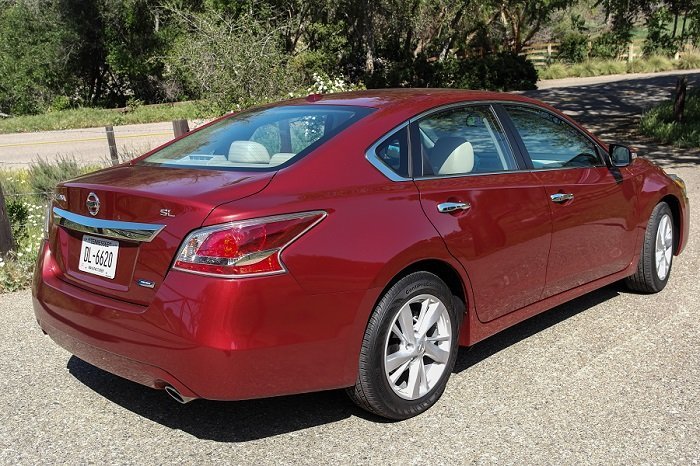 The interior was comprehensively made over during the Altima’s 2013 model year redesign, so very little was needed to keep the 2014 current. A NissanConnect app system was added to enhance smartphone OS integration, and that’s about it. As it stands, it’s a nice place to spend time, and still feels upscale compared to competitors. The seats, in particular, earn praise – Nissan heavily touted the NASA research they used to design the front passenger seats when the latest Altima was introduced, and the “zero G” chairs that resulted are indeed quite comfortable and induced no fatigue even on my longest drives. A bit more lateral support wouldn’t go amiss, but given the Altima’s intentions, it’s probably fine that they skew more towards comfort than speed. 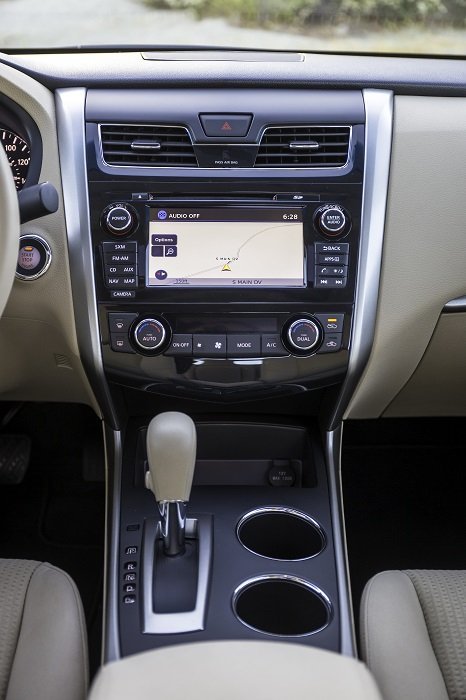 Changes for the 2015 model are few, again owing to a full redesign two model years ago. V6 models get enhanced equipment levels and some efficiency improvements, which garner 1 MPG increases in highway and combined EPA mileage ratings (22/32/26; the 2.5 is rated at 27/38/31). Besides some content shuffling among trim levels, little else has changed. Not that it needs to – the current Altima is a strong contender in a crowded ring, and is worthy of a look against the “Big 2” in the midsize arena. 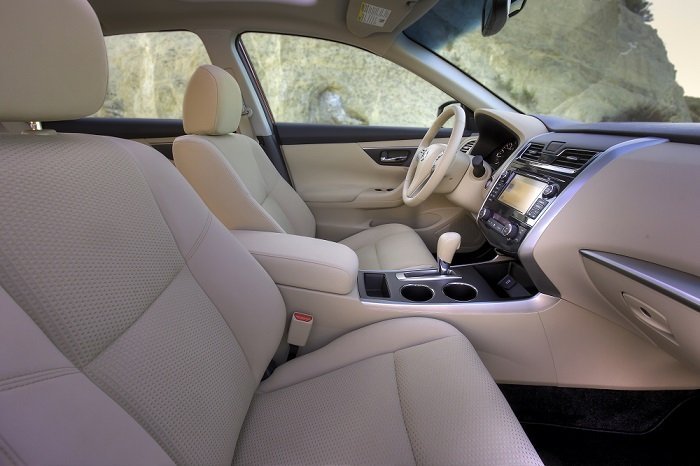 Nissan provided the vehicle for testing purposes and one tank of gas. Photos by the author and manufacturer.