We at Speed:Sport:Life are truck fans, and we’ve spent a ton of time with the current spate of full-size light- and medium-duty GM pickups and sport utilities. GM’s now installed a new, 8-speed automatic to boost the fuel economy of these big beasts, and our first sample of it is in this 2015 Escalade. 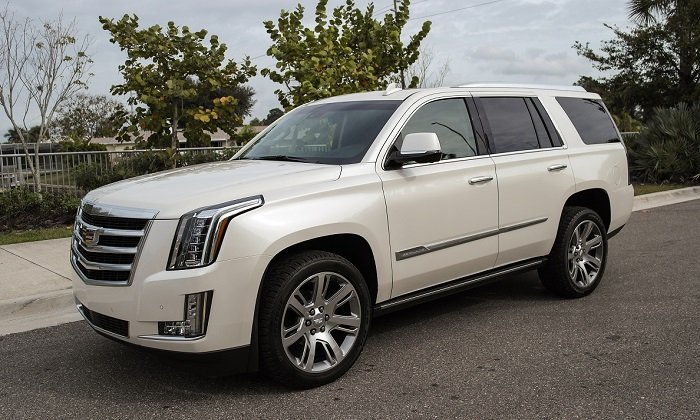 Unless you’ve been living under a rock for the last couple decades, you’re probably pretty familiar with the Escalade. For those who have been living underground, this is Cadillac’s version of the newest GM body-on-frame truck platform (GMT K2XX) that has also birthed the Silverado/Sierra (including HD versions), Tahoe/Yukon and Suburban. 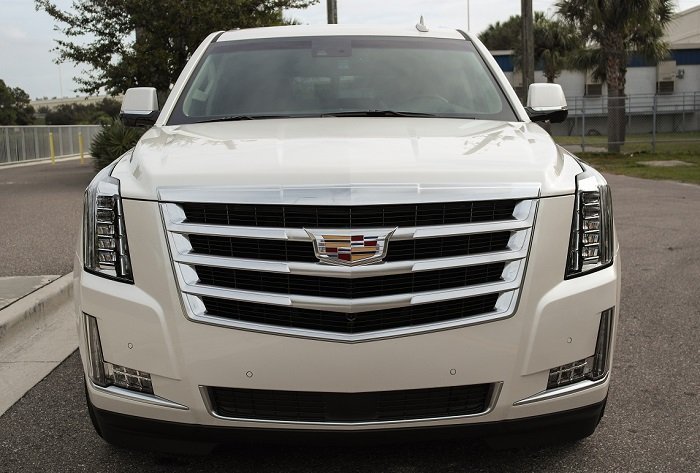 This 2015 differs from the early-production-run 2015 I drove a few months ago in two significant ways – it’s a short-wheelbase model, as opposed to that two-foot-longer ESV, and it now features GM’s new 8-speed 8L90 automatic transmission, which is a mid-cycle update from the 6-speed automatic this truck was introduced with over the summer. 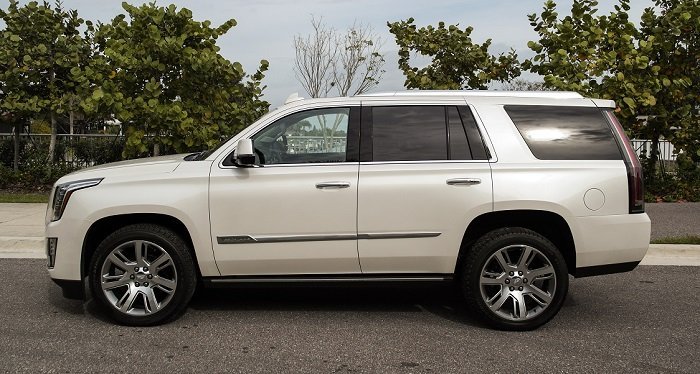 It’s a comfy place to spend time, the Escalade. I had the pleasure of taking a mini, 300-or-so mile road trip in it during the week I babysat it, and the Caddy ate up the miles with a spoon while returning north of 21 mpg on the highway in the process. The new 8-speed seems to have caused a noticeable uptick in real-world fuel economy (precisely the reason it was on-boarded for these trucks) with this 2015 returning a week-long mixed average of just under 18 miles per gallon in my hands, while “last year’s” 2015 (which is admittedly a heavier truck, owing to the longer body length, so take the comparison with a grain of salt) averaged only 15.5 mpg. That’s honestly impressive progress for a vehicle of this size and type, and coupled with the fact that GM hasn’t yet resorted to the optional next steps of engine downsizing or forced induction (we love the big, burly 6.2-liter V8 in the ‘Slade, but its days are probably numbered), it’s clear there’s plenty of headroom yet left in making these large SUVs even more efficient. 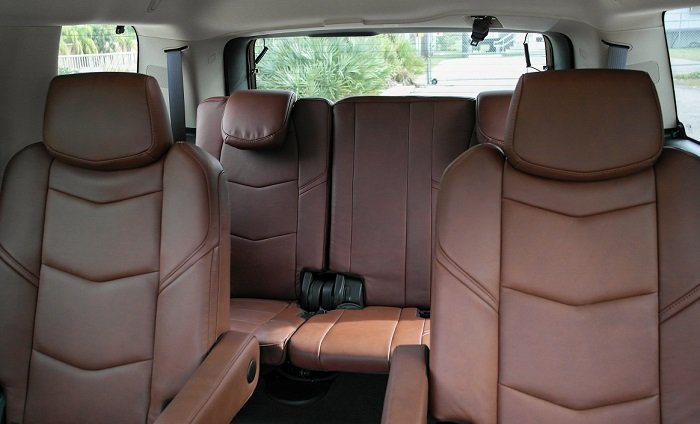 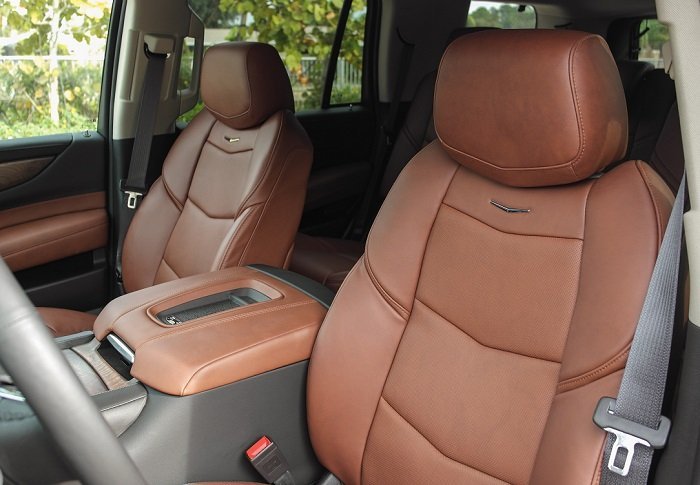 Otherwise, this current model remains steadfast to the first Escalade’s concept, albeit in a much more refined, better-built package: it’s a feature-laden, supremely comfortable and suitably massive vehicle designed to carry six adults (seven in a pinch) in luxurious comfort. It’s probably a bit over the top as a school-run vehicle or an in-town errand runner, but it truly rewards on long highway stretches when passengers are able to take advantage of the significant elbow room. 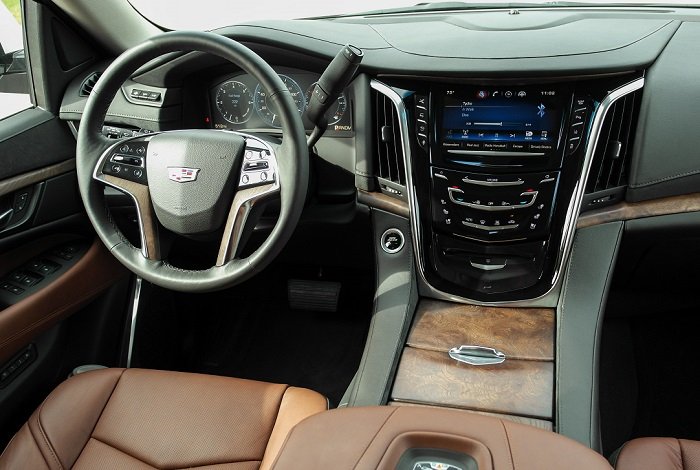 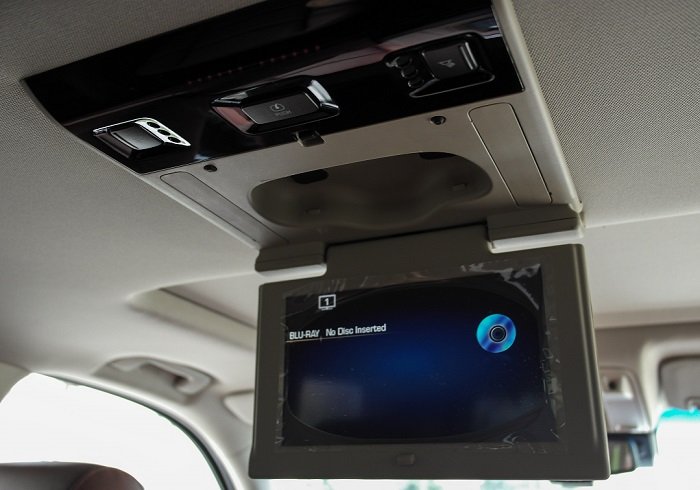 Though GM’s engineers have performed wonders to make it appear otherwise, this is still a truck underneath, and as such, there are instances, like rough railroad crossings or tall speed bumps, where the truck roots come through in terms of the Escalade’s body motions. It never presents an actual issue, but it does strike a different character than the car-like isolation of something like, say, a Range Rover. I mention the RR only because the Caddy is now playing in a similar price arena – it’s never been a cheap vehicle, and that is the case now more than ever. Though in an age where loaded pickups can crest $60k, perhaps a $90,000 Escalade isn’t so out of scope. 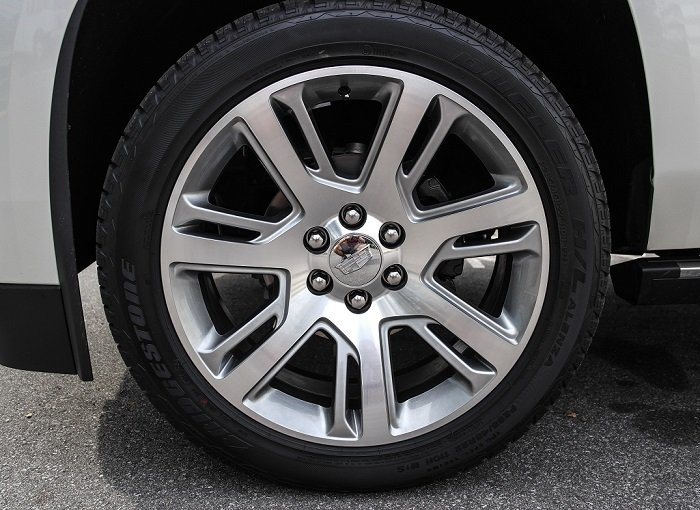 Lastly, while various software updates have greatly improved its functionality, the CUE system still occasionally obfuscates quick, commonly used inputs like stereo volume and A/C temperature changes with its touchscreen controls – in my opinion, there are a few places where normal knobs would certainly suffice. 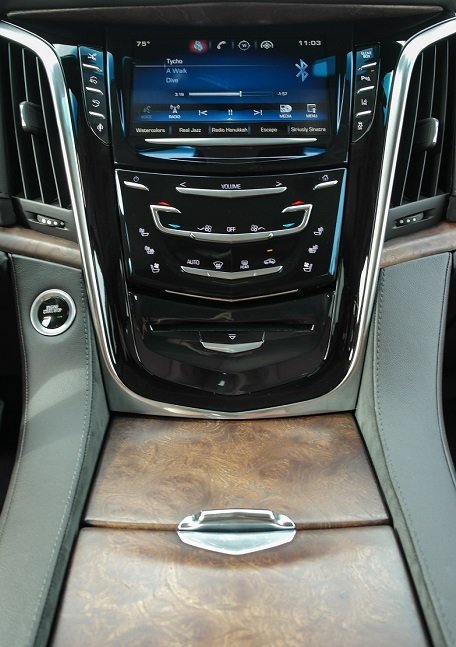 Though it is unabashedly truck-based at its core, the current Escalade is still near the top of the large luxury SUV heap, especially when measured by the segment’s most relevant yard-sticks: space, comfort and feature content. 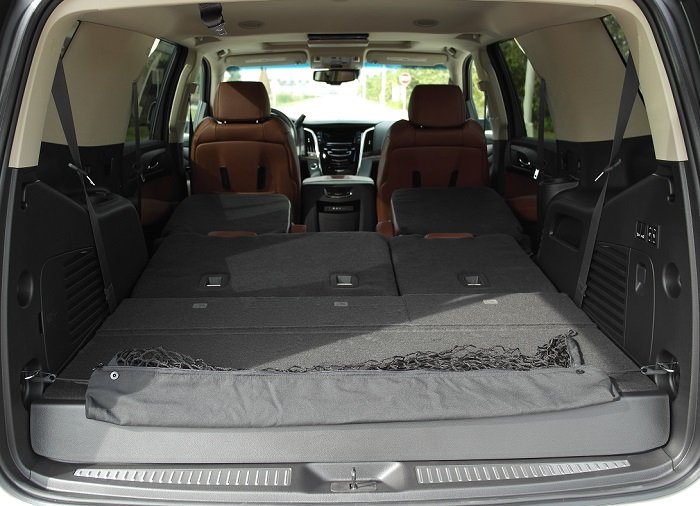