When we drove the new 2015 Challenger and Charger models last year, our drive time was admittedly skewed toward the top-dog SRT models. Though you can probably guess why that was the case (we were mostly focused on lapping the track), it’s really the V6 and R/T V8 models that make up the bulk of sales orders for these cars. In a few weeks, we’ll have a review of the 5.7-liter Charger R/T, and in the meantime, read on for our impressions of the V6-powered Challenger SXT. 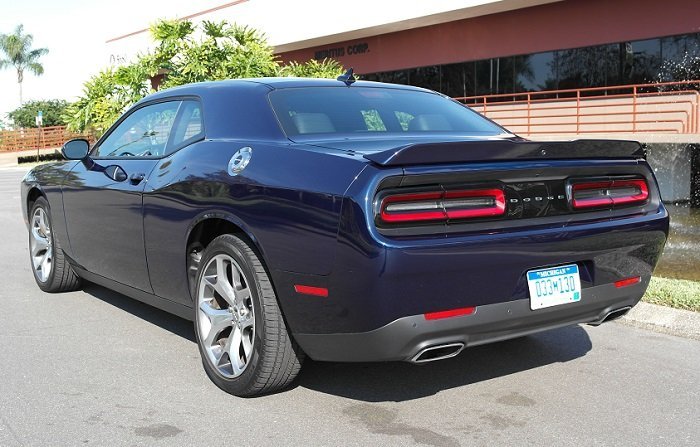 Well, it’s the SXT version of the revised 2015 Challenger I first sampled in Portland last summer. The SXT trim level denotes the Pentastar V6 with an 8-speed automatic as the sole powertrain. The V6 is no longer just a wimpy package for the rental car lots, however – the 3.6-liter is endowed with enough power and torque to keep things interesting, and that new 8-speed automatic (derived from the same ZF ‘box that gets praise all over the interweb) keeps the engine in the meat of its powerband effectively, while returning decent fuel economy at the same time. We saw a week-long combined average of 23 miles per gallon against EPA ratings that stand at 19 city and 30 highway. 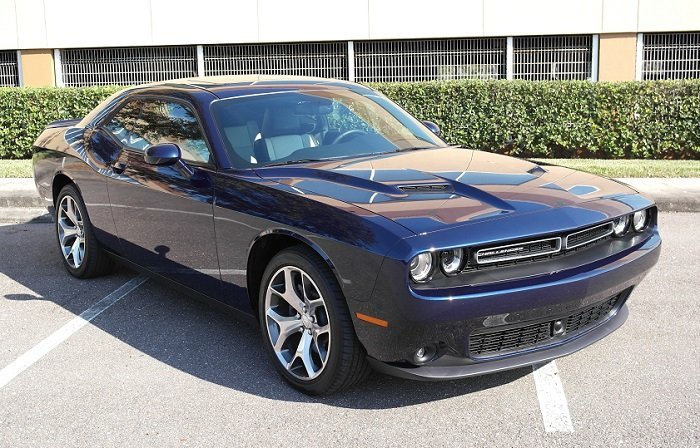 This is a big (big), brash muscle car, and if you’ve already decided you like it, then the throwback looks are likely a big reason why. It’s the largest of the three domestic rear-wheel drive coupes for sale today, by a pretty wide margin (no pun intended), but that pays dividends in actual usable interior space. Whereas a Camaro’s interior is akin to sitting in a claustrophobic bathtub and the Mustang’s rear seats aren’t much use for anyone over 3’ 5”, the Challenger has an actual, usable back seat with real headroom and three seatbelts. The front buckets are wide and comfortable, hugging loosely around the shoulders but returning better long-haul comfort than something like a Recaro is ever likely to do. 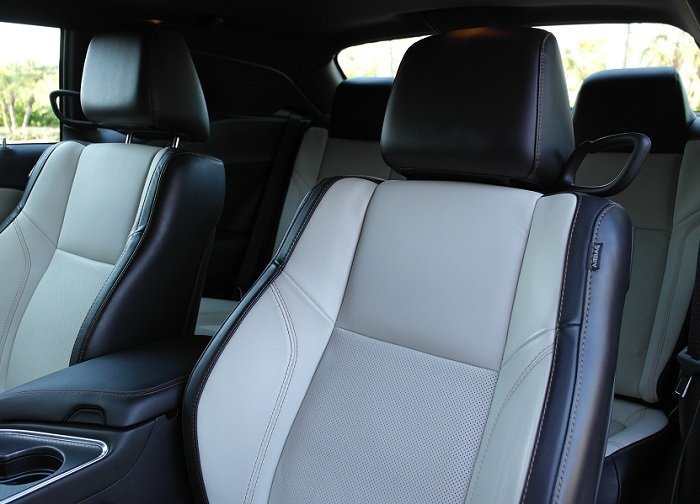 Chrysler finally did the exterior’s styling justice with the heavily revised dash and console that debuted in these 2015 cars. Paying clear homage to the 1971 Challenger that the freshened exterior takes its cue from, the new dash is canted toward the driver and now houses the excellent 8.4” Uconnect system from elsewhere in the Dodge/Chrysler universe, as well as a T-handle shifter that accurately replicates the one Kowalski’s Challenger was equipped with in Vanishing Point. Though the interior’s design is clearly retro, the level of technology on offer is impressive in what is still a fairly reasonably-priced car. Besides the aforementioned touchscreen and an 18-speaker Harman Kardon stereo capable of shaking tooth fillings loose, our tester came stuffed to the gills with typically upmarket options like radar cruise control, forward collision warning and blind spot monitoring, remote start capability, HID headlamps, and Nappa leather. About the only option not present – and certainly one that would have been S:S:L-approved – was the Super Track Pack, which in the V6 SXT brings 20” Hyper Black wheels, stickier tires, better brakes, fettled suspension and steering calibrations, paddle shifters for the automatic and a 3.07 ratio axle. One option we might have skipped was the power sunroof, which impedes headroom for tall (6’4”) drivers like myself, to a degree that prevents on-track helmet usage – a trait I discovered while pounding these new Challengers around Portland International Raceway a few months back. 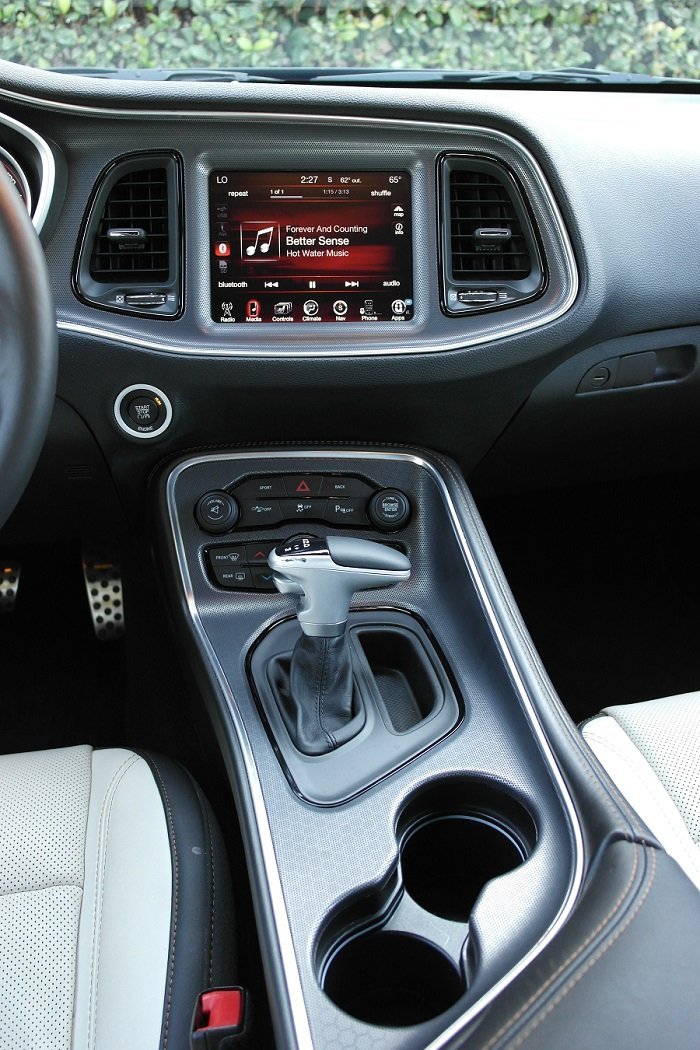 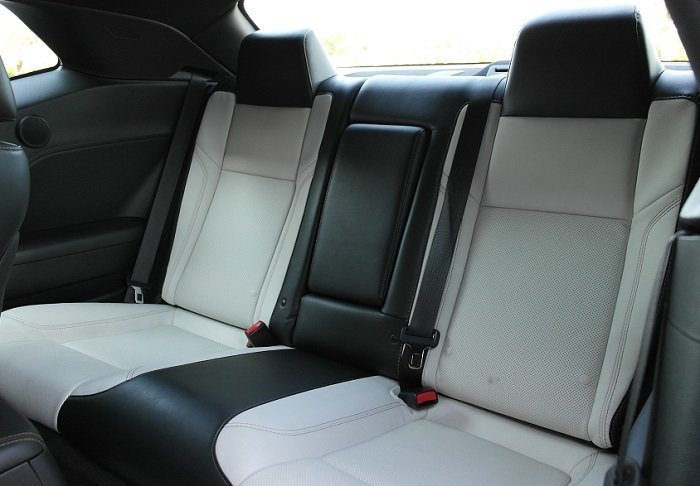 While it’s no Hellcat when it comes time to introduce pedal to carpet, the new 8-speed automatic does make surprisingly good use of the Pentastar V6’s 305 horsepower and 268 lb-ft of torque, and you’re even treated to a lovely little V6 snarl higher up in the rev range. It’s not quite a substitute for the sound of the available Hemi 6.4L and Hellcat 6.2L V8s, but it’s certainly not bad. 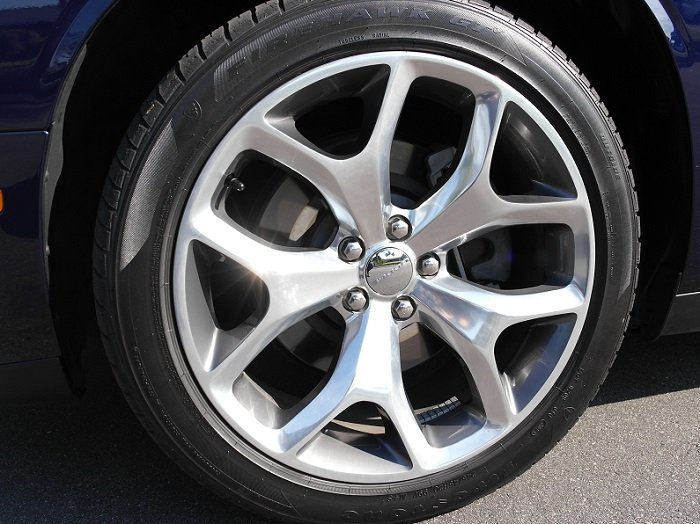 While our own money would most certainly go toward a V8-equipped Challenger, we understand where the V6 fits in the grand scheme of things and that for many, it’s an easily justified route into the muscly-looking coupe of their dreams. Still, for those looking for the real muscle-car experience, the V6 is no substitute – you’ll probably want to pony up the dough for a HEMI-powered model, even if you have to give up some creature comforts to make the payments work. A big V8 just fits the character of this car so damn well. 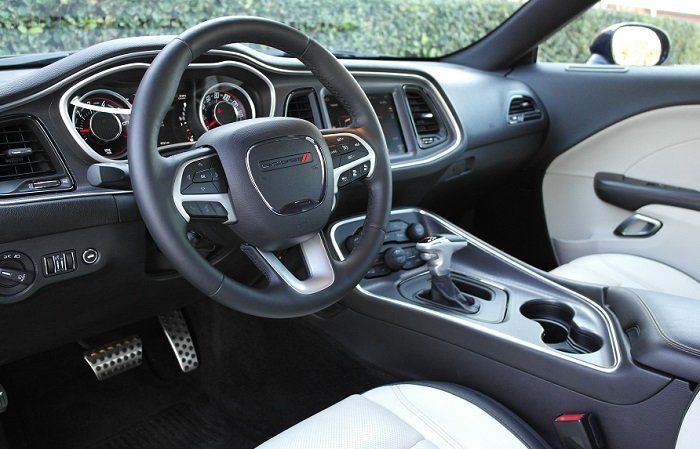 Also, while the new dash and added equipment levels are massive steps up from the plain-Jane interior that came before, there are a few places where obvious cost-savings decisions were made in regards to what plastics to use.

Stylish, comfortable, and a decent value, the SXT proves that even the “base” model Challenger makes a worthy case for itself against the domestic pony car competition. And if you want the full nostalgic experience, a whole raft of V8 options exist further up the model range. 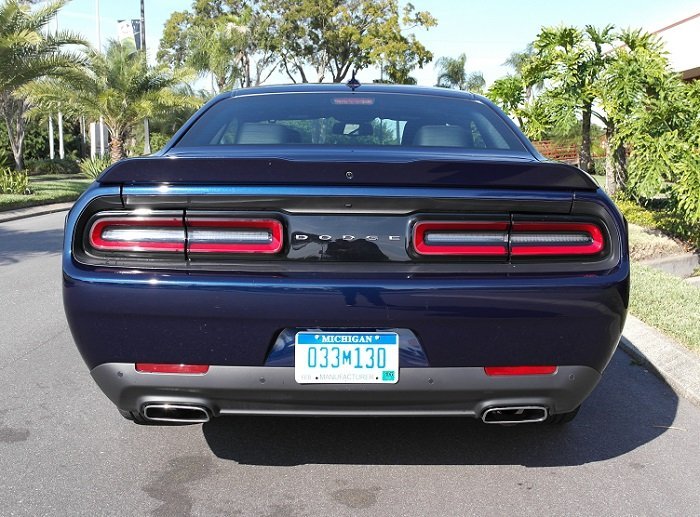