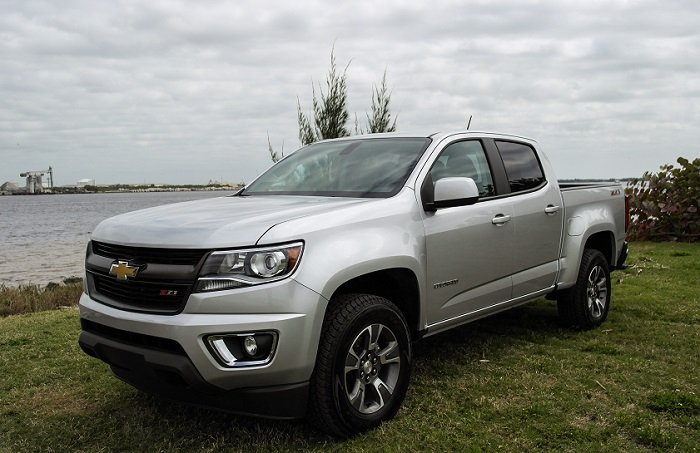 Ostensibly, it’s a follow-up to the previous generation Colorado that departed in 2012 amid dwindling sales and a lack of attention. But really, this is an all-new truck, slightly larger and more refined, with a raft of available technology offerings purportedly aimed at a buyer who wants the full-size pickup looks and lifestyle, but isn’t willing to accept the trade-offs in maneuverability, driveway space or fuel efficiency demanded by the big boys. 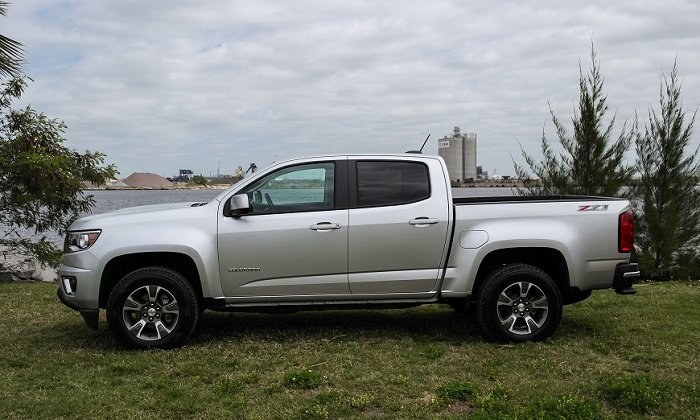 Pricing and sizing hew pretty close to the Tacoma, and available configurations include long-bed or short, extended or crew cab, rear-wheel drive or four-wheel drive (of course), four- or six-cylinder engines and six-speed manual or automatic transmissions. Not every configuration above is interchangeable (if you want a manual transmission, for example, your only option is an extended cab, 2WD 4-cylinder), but you’re still clearly not left wanting for choice here, which is something most truck buyers have come to expect. Towing capacity ranges from 3,500 pounds on the low end to 7,000 for a model equipped like ours, which is a class-leading figure, as are the highway fuel economy ratings of 27 MPG for the four-banger and 26 for the V6 2WD models. Our tester’s 4WD and an around-town test route resulted in a more realistic 17.8 MPG combined number. 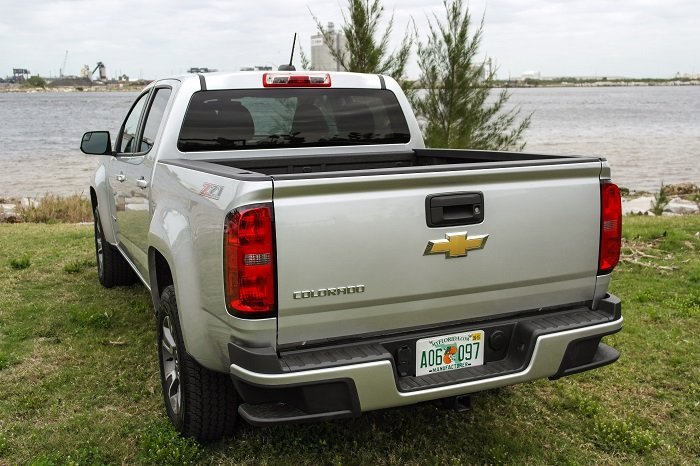 Having spent a good amount of time in full-size pickups of every ilk, the compact size of the Colorado is immediately apparent behind the wheel, and I mean that in a good way. It’s far wieldier in traffic and parking lots than its bigger brothers would be, and this makes the Colorado much more approachable from a commuting perspective. It also might actually fit in your garage (depending on the bed length you choose), which is something fewer and fewer full-size trucks can say these days. 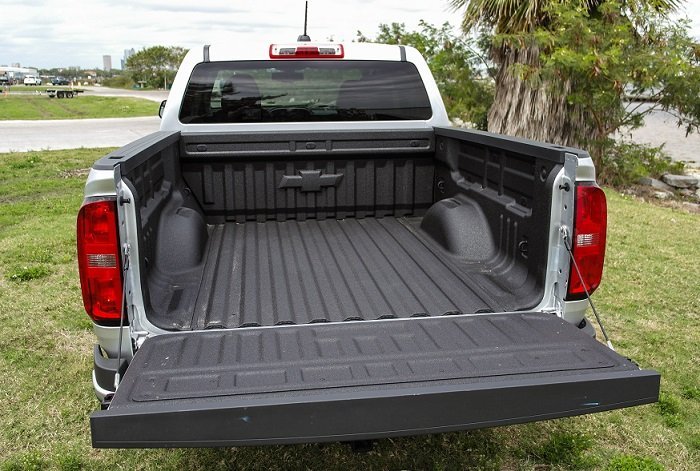 That doesn’t mean the Colorado gives up much in the way of utility, though. Quite the opposite – our crew cab tester was configured with a short bed, but you can just as easy go for the 1-foot-longer bed version and get everything you need in the way of load-hauling ability. The short bed can hold 41 cubic feet of Home Depot stuffs compared to the long bed’s even 50, though oddly enough, the short bed actually has a slightly higher weight capacity compared to the long bed (though only by 70 pounds, at 1590). 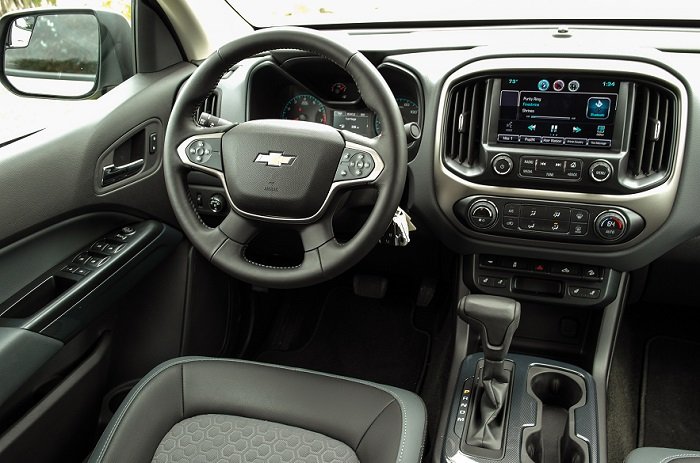 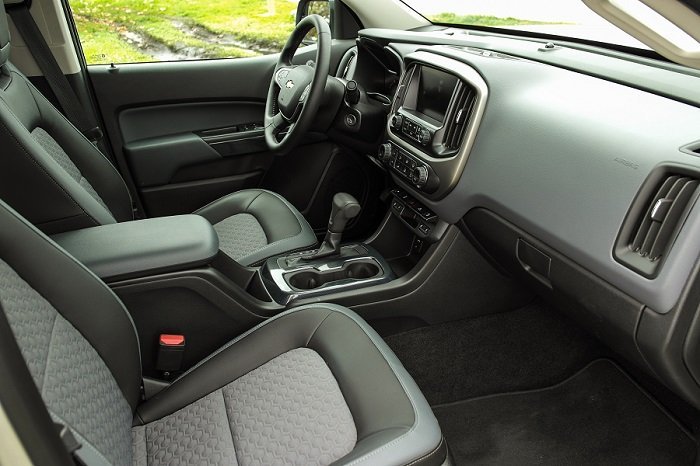 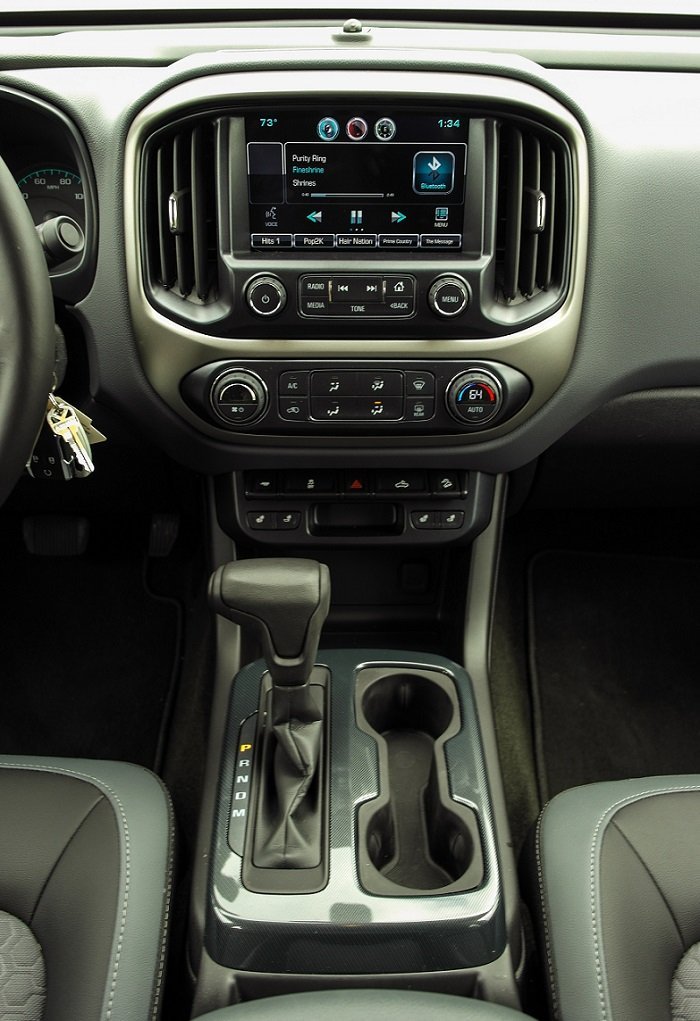 Interior room is quite good in the crew cab, fitting four tall adults with ease and a fifth in a pinch. The dash and control layout will look familiar to anyone who’s spent time in a full-size GM pickup or SUV lately, although materials here aren’t as swanky as in those trucks. Feature content is pretty good, especially since our tester was a loaded Z71 model, and niceties like heated seats, touchscreen navigation and Bose audio are available here just as they are on the Silverado – though you’ll pay in the mid-$30s if you tick a few option boxes. Being more prudent with the packages can net you a nicely equipped four-cylinder/manual transmission long bed model for under $25k. 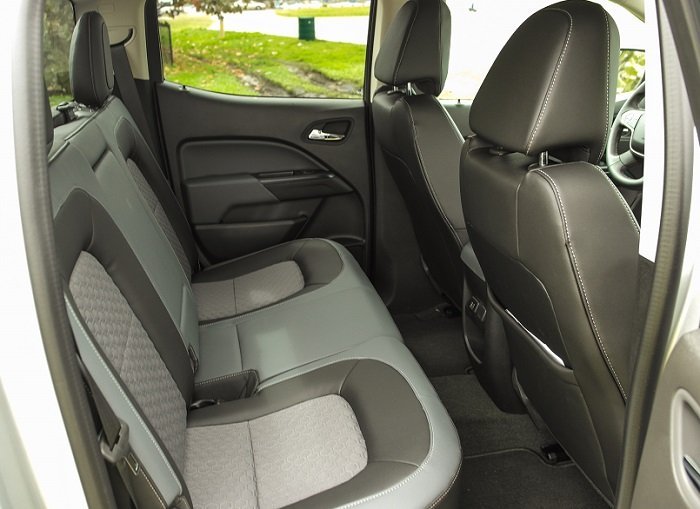 Given that the upcoming 2016 Tacoma’s pugnacious new front end won’t be to everyone’s tastes, it appears Chevy may have struck the perfect compromise between understated and aggressive with the Colorado’s styling. It’s a handsome truck, particularly on alloys, and the wrap-around front end was mercifully spared from being overwrought or overchromed. This segment sees a lot of sales based on looks and image alone, so in that respect, the General has done quite well here. 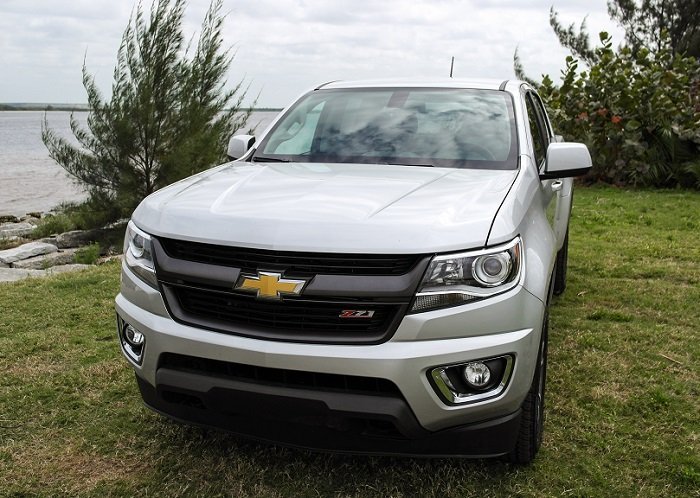 The Colorado is a pleasant enough steer, exhibiting few deal-breaking flaws. It’s got a fairly serene ride as well, remarkable given the Z71 4WD package’s proclivity to off-road escapades. You’d think it’d be unbearable over heavily broken pavement, but it’s not. All Colorados are equipped as standard with a 2.5-liter four-cylinder making 200 horsepower and 191 lb-ft; our truck carried the optional 3.6-liter V6 and 6-speed automatic, an upgrade ranging from $950 to $1,235 depending on model, and should be considered a worthwhile enhancement if your budget can stretch to fit it. Both engines are modern enough, featuring all-aluminum construction, double overhead cams, continuously variable valve timing and direct injection, but the V6 rewards with an additional 105 horsepower and 78 lb-ft of torque, while incurring a modest 1-2 MPG rated economy penalty in return. 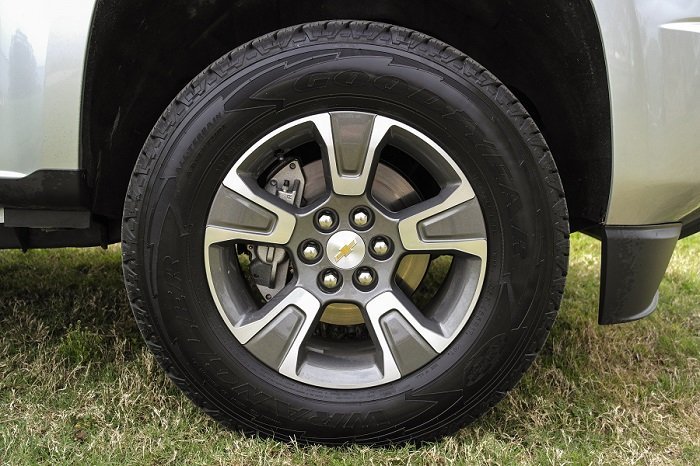 The uphill battle midsize pickups like the Colorado still face is that of the value proposition their bigger brothers represent. There’s a certain slice of the truck-buying pie that simply doesn’t want a larger truck; for them, a Colorado will fit their needs perfectly. For most shoppers, though, a full-size truck with big incentives on the hood represents a serious threat when staring down both vehicles in the showroom. Temptations of more room, more power, more capability and around-town fuel consumption figures that aren’t that much worse than the smaller trucks all provide compelling arguments toward looking for Chevy Silverado Truck Dealers to buy a Silverado over a Colorado. Furthermore, the Silverado’s got a quieter, more upscale cabin than the Colorado, and a choice of two V8 powerplants that feel decidedly gutsier than the V6 in the smaller truck. 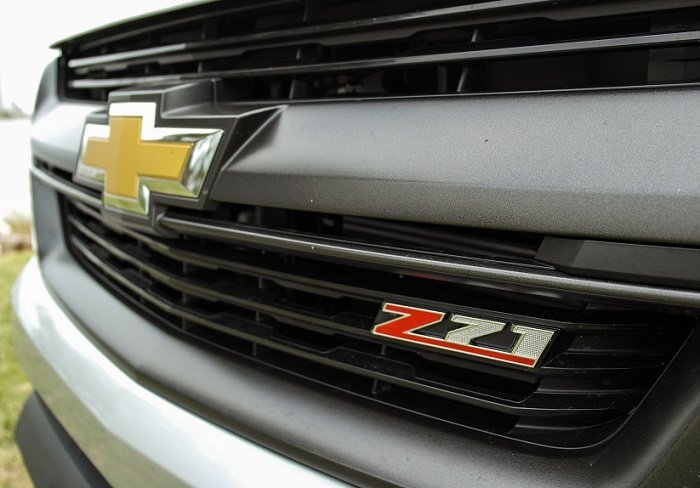 Chevy’s successfully brought a viable competitor to the stalwart Tacoma to market, and for buyers that don’t want a larger truck, the Colorado fits the bill perfectly. It’s stylish, rides and drives competently, and has the maneuverability and convenience that full size pickups crucially lack. Still, GM may face an uphill battle in convincing people that a larger truck doesn’t make more sense for them – luckily, they’ve got a good alternative parked right across the showroom in the form of the Silverado.