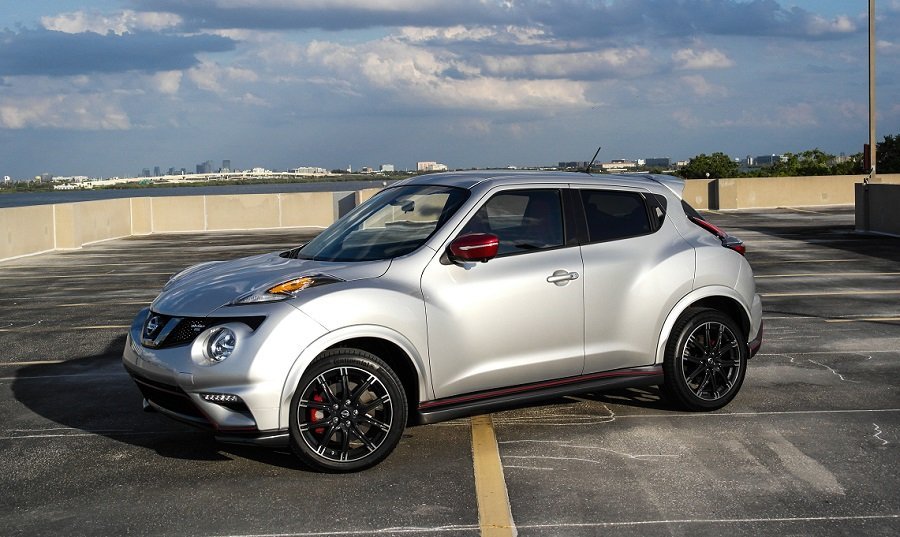 I generally liked the Juke NISMO when I drove it two years ago. I found it to be a plucky, and quirky, entry into a field of vehicles that are by definition fairly quirky – namely city cars like the Fiat 500, Mini Cooper and Hyundai Veloster. Though not quite up to the task of taking on high-performance hot hatches such as the Ford Focus ST or Volkswagen GTI, it does strike a unique balance as a pseudo-crossover/warm hatch. Last year, Nissan upped the ante with an RS version, bringing in more power and a sharper chassis but keeping the same pumped-up puffer fish looks and aero additions from the regular NISMO model. 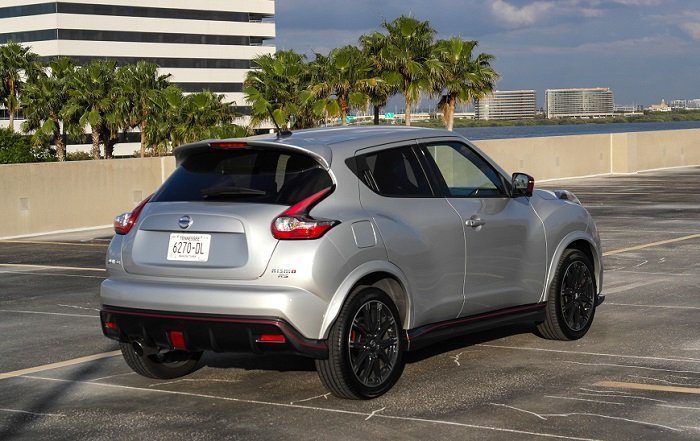 The NISMO RS ups the regular Juke and Juke NISMO’s fairly modest performance envelopes by adding a higher-flow exhaust system, tweaked ECU settings and a beefed-up manual gearbox with a shorter final drive ratio. Manual models also receive a helical LSD. Output figures rise to 215 hp and 210 lb-ft from the NISMO’s 188 horsepower and 177 lb-ft of torque. The RS all-wheel drive model gives up some power and torque to the front-driver (down 4 hp and 26 lb-ft), perhaps owing to its mandatory Xtronic CVT transmission. 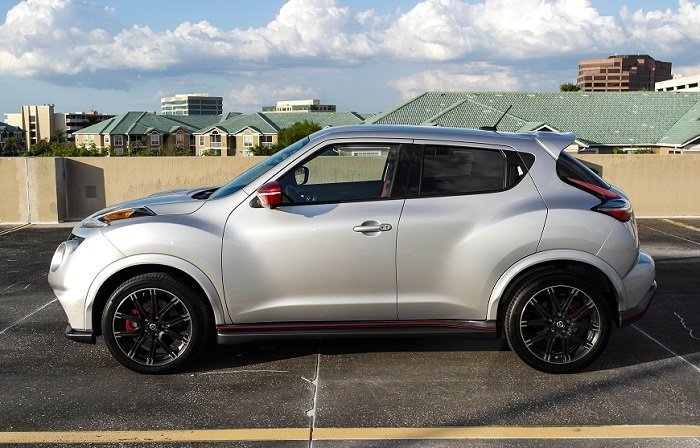 Firmer and shorter dampers and springs, body reinforcements, retuned electric power steering and larger brakes front and rear complement the added power. The usual NISMO cosmetic enhancements are still present and accounted for, and inside, front passengers are treated to a pair of even more aggressive seats, improving what were already well-shaped buckets in the standard car. 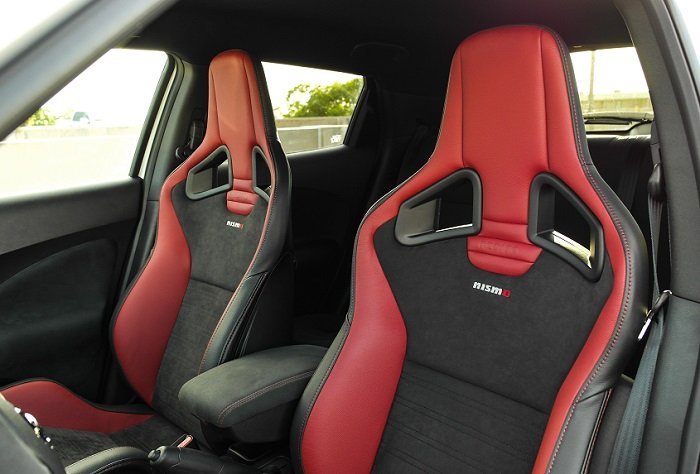 The chairs are leather- and suede-lined Recaro Sportsters, embossed with a NISMO logo and red stitching, and they look sumptuous. They feel great too, although some passengers may moan about having to heave themselves over the thick thigh supports, and surprisingly, they’re a bit wide-set in the shoulders for Recaros. At least they don’t pinch over long trips, as some of their designs have a tendency to do. 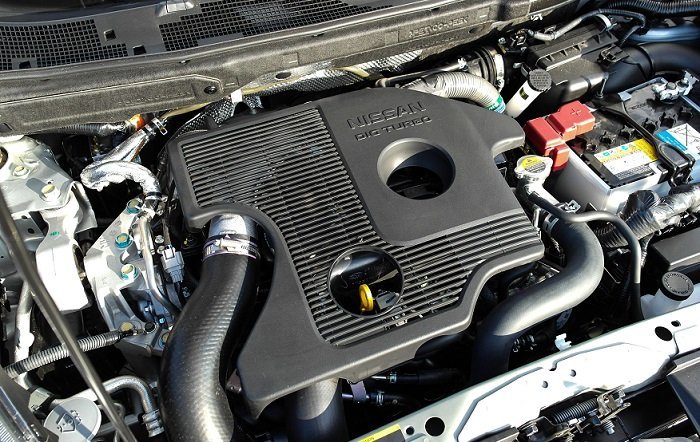 The NISMO RS driving experience is largely the same as that of the standard NISMO I drove in 2013, aside from the noticeable upticks in power and torque. In an age where turbocharging is ubiquitous and turbo lag almost a thing of the past, the 1.6-liter “DIG” (Direct Injection Gasoline) feels like a decidedly turbocharged engine – in the old school tradition. 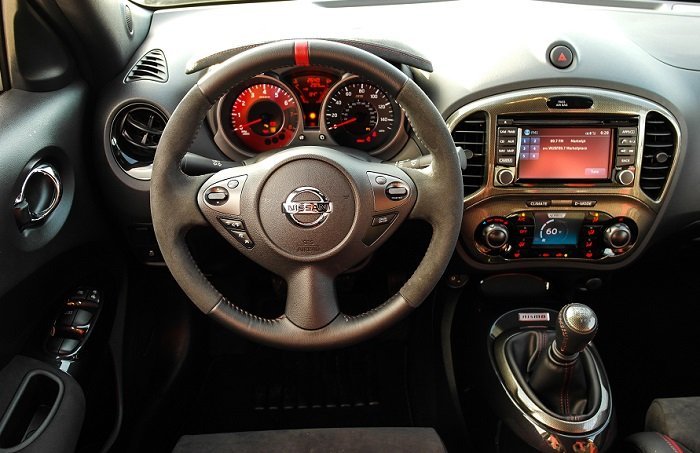 Boost comes on strong around 2,500 and progress continues until 6,000 RPM where it tapers off. The leather- and faux carbon-gearknob stirs a 6-speed transmission that’s been strengthened compared to the regular Juke NISMO, though the shifter’s feel remains light, snappy and accurate – same as the base model. Clutch engagement is light but somewhat on the numb side. 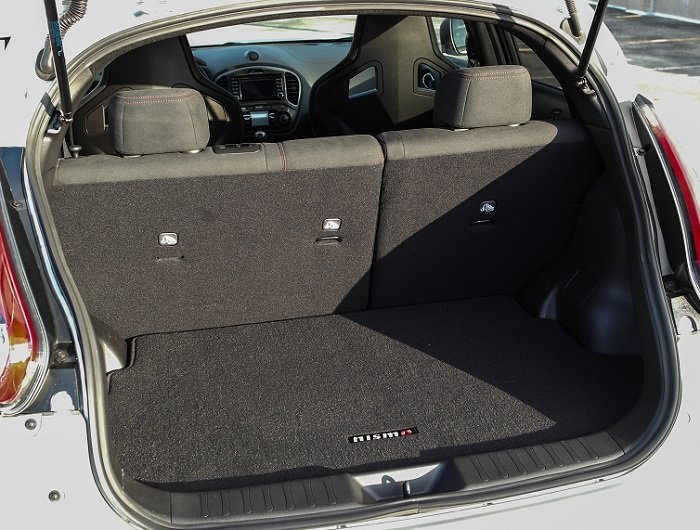 Dynamically, when weighed against the competition, there’s not much to fault the NISMO RS. The Fiat 500 Abarth and Mini Cooper S are both smaller and closer to the earth, so cornering in those cars is a little more planted and neutral, but at the limit all three will eventually understeer. It’s the Juke that gets there first, though NISMO’s work on the lowered and stiffened suspension has increased grip levels a fair bit. 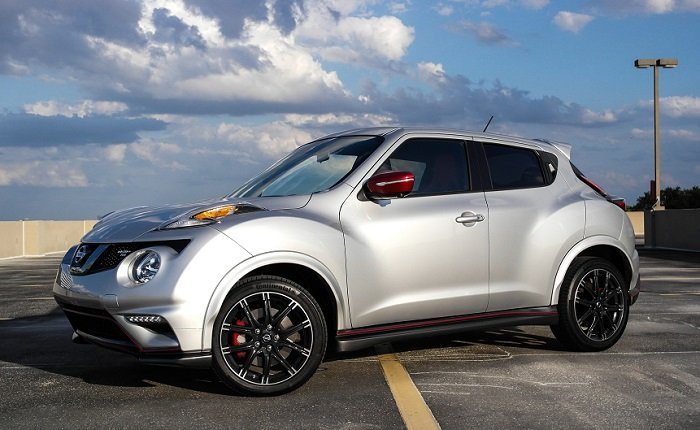 Detractors of the Juke will call it ugly, or at best, too quirky for its own good. Its frog-like aesthetics are probably beside the point, anyway – some will love it and some will hate it. The fact that its looks divide opinion so sharply could be counted in the “plus” column as well, I suppose. Suffice it to say that it looks like little else on the road. Meanwhile, the RS upgrades from the regular NISMO make it worth a look if you can get behind the style; while it’s no hot hatch, it’s fun enough in its own right – and might be worth a look based on those Recaros alone. 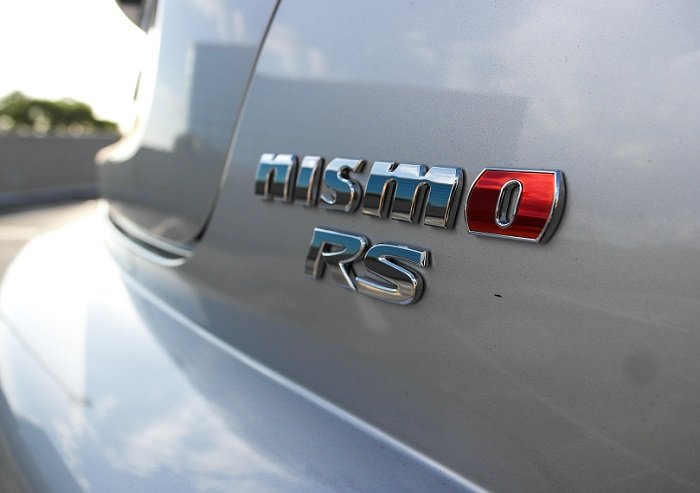 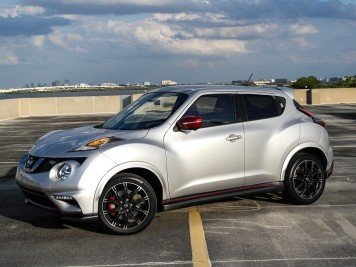 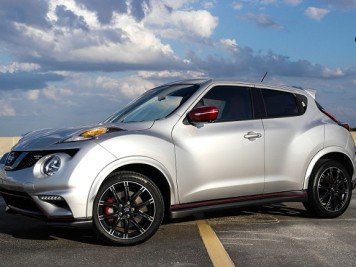 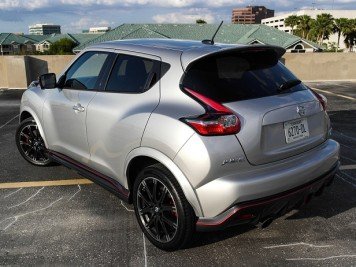 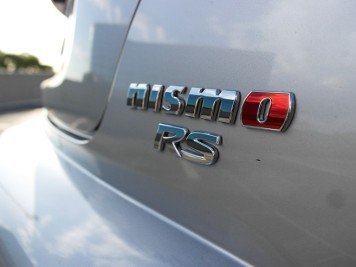 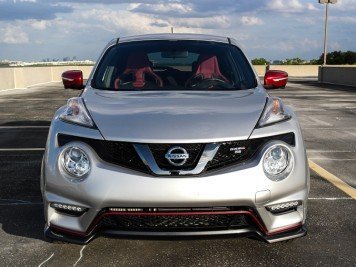 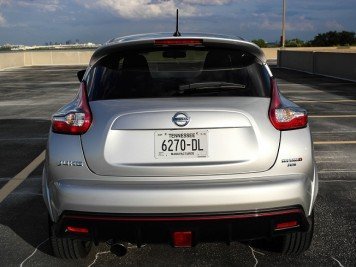 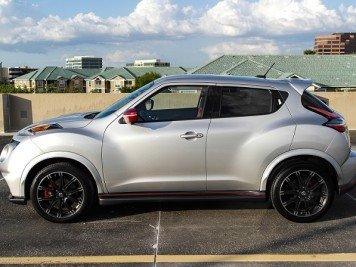 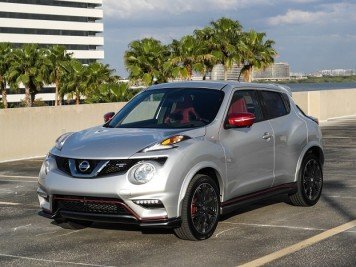 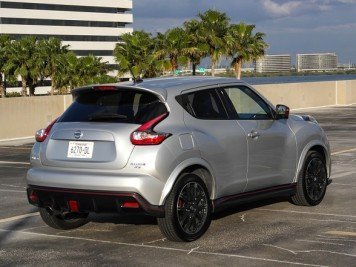 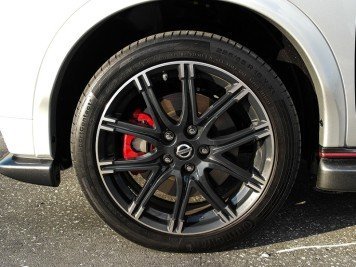 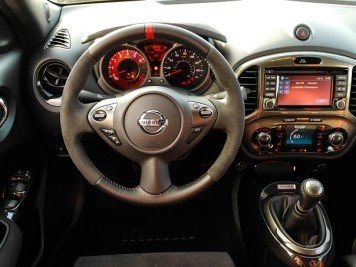 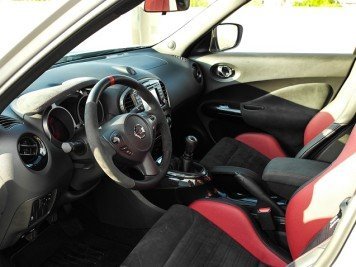 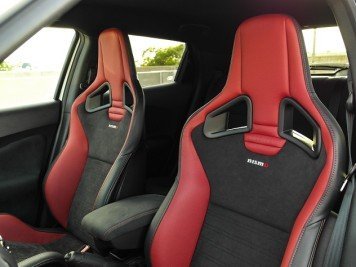 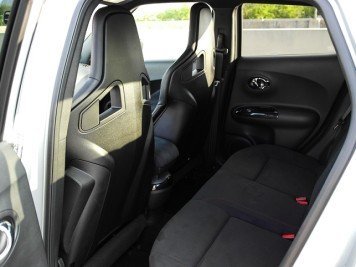 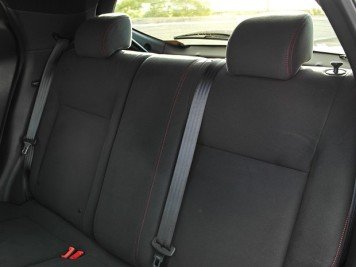 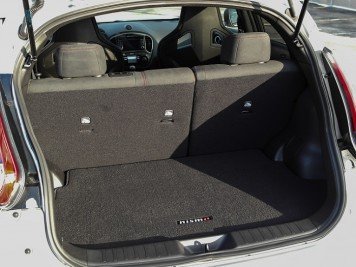 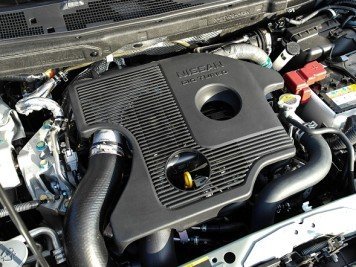