Given that sports cars make up such a small fraction of the new car sales pie, it’s always a bit of a treat when you get to spend time with one. Especially one with as storied a legacy as the Z car. After all, the Z has been around in one form or another for the thick end of 50 years. 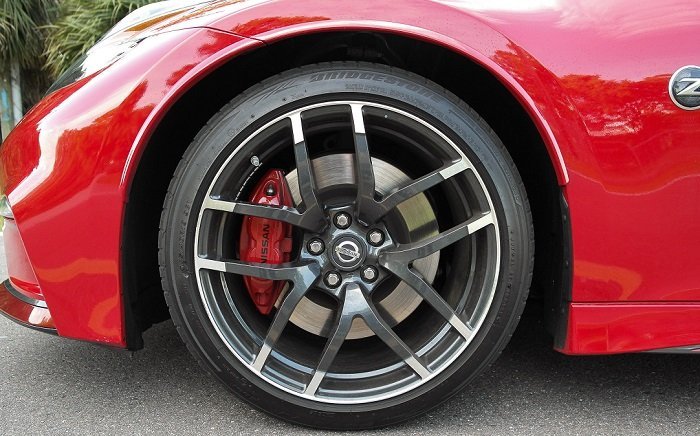 The 2015 370Z NISMO pictured here is largely the same car as the one I tested some months ago, although the exterior has been freshened with new bumpers, a ducktail spoiler (replacing the showy pedestal wing of the last version), and different wheels. Inside are new, alcantara-lined Recaro seats, and a navigation system and 7-speed automatic become newly available options (our car had both). Thankfully, a 6-speed manual remains standard equipment. The engine – a 3.7-liter DOHC V6 making 350 horsepower and 276 pound-feet – is unchanged from last year’s NISMO model. Suspension, braking and drivetrain components are all beefed-up compared to the standard 370Z items. 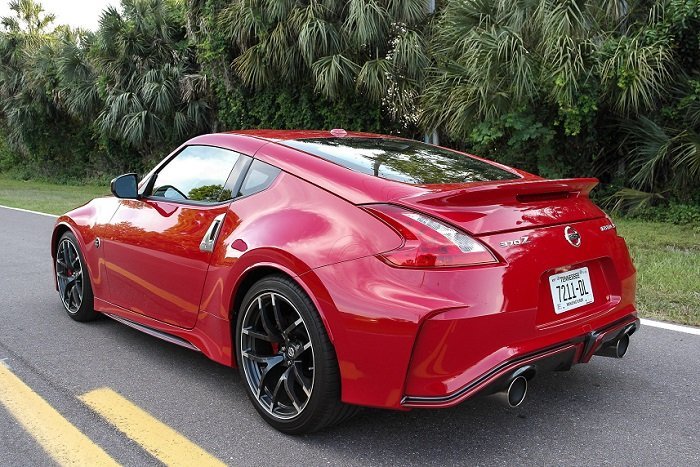 The styling updates make for a handsome package – the front, rear and side underbody spoilers are far more reserved now than in the 2014 model and the result is a more cohesive overall design. The stubby ducktail spoiler at the back pays a clear homage to my favorite homologation special, the 911 2.7 RS, and the wing does the sloping rear end of the 370Z similar justice as it does the Porsche. 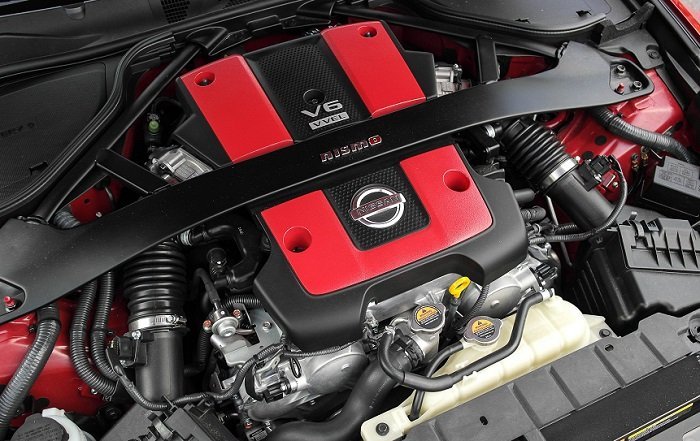 The venerable VQ returns for duty, as rumbly and grumbling as ever. You’d never confuse this Japanese big block for a sewing-machine-smooth Honda unit, but it thrums its own trusty chords up and down the rev range and endears with its gruff, characterful nature. Hopefully it doesn’t come to this, but if and when this engine gets replaced by a smaller, turbocharged unit, I’ll probably be among those pining for the classic, naturally-aspirated VQ that these modern Zs have become known for. It’s an underrated powerplant, for sure, and what it lacks in smoothness at the top of the rev range it more than makes up for with its low-end torque and linearity. 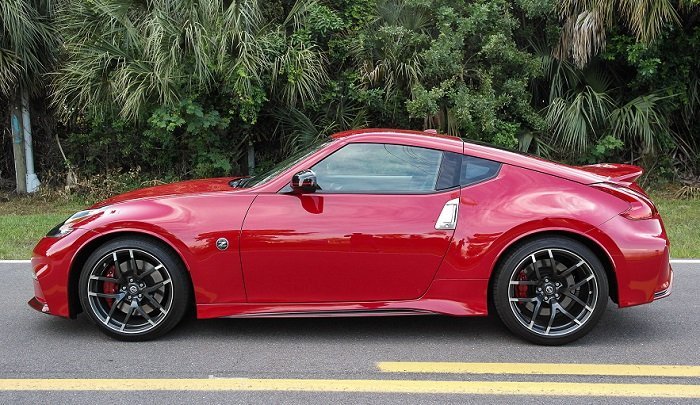 The Z’s immediate handling response, aided in part by its short wheelbase, tidy dimensions and tactile, talkative hydraulic steering, remains a  benchmark for most of its competitors. Only the Toyobaru twins come this close to mirroring the classic two-seat sports car ideal of neutral handling balance, though they are admittedly down on power and  can’t offer quite the same steering feel through their electrically-assisted racks. 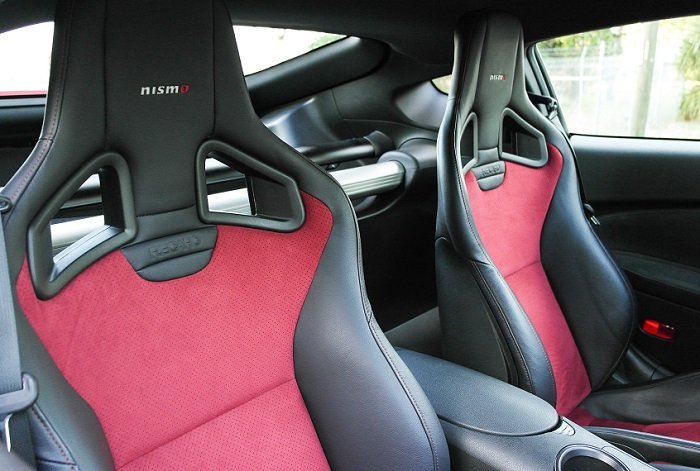 They also don’t offer the outright lateral grip of this NISMO model, which has tons of stick right up until the back end begins to slide, at which point it becomes a bit more ragged. The FR-S/BRZ twins are friendlier in this respect, sliding their tails earlier but remaining easier to hang over the limit of grip. Around a racetrack of any significant size, the 370 will leave them for dead, though: it’s got more tire, more brake, and more power. What the Z lacks in delicacy, it makes up for in sheer grunt.

Among this Z’s few demerits, the newly available automatic has to come in for question. Certainly, from a logistical perspective, this torque-converter 7-speed and its paid-for tooling makes financial sense as an add-on to the NISMO model. But from a brand-building perspective, I’m not sure the gearbox does the NISMO any good. Perhaps if this were a new, dual-clutch transmission developed specifically for the NISMO Z, I’d be more forgiving. But this is the same transmission available in other 370Zs and elsewhere across Nissan’s rear wheel drive lineup. Doesn’t the NISMO deserve something a bit more special? Given the choice, it’d be nice to see the raciest model of the Z – a throwback sports car in its own right – remain available solely with a manual transmission. 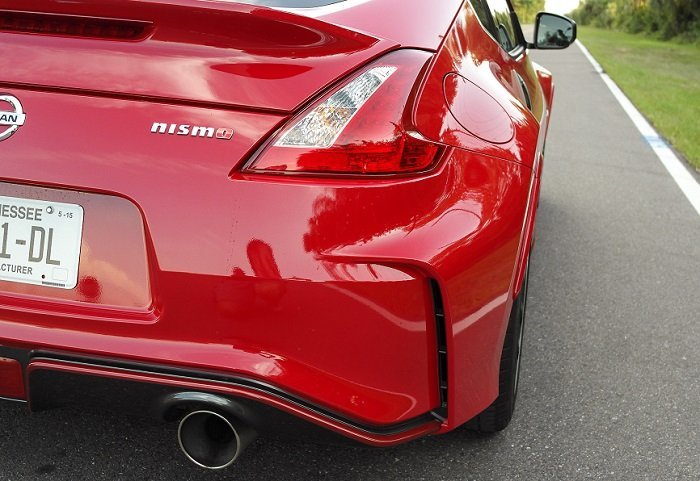 Otherwise, there’s little else to wary of here – the ravages of time have been remarkably kind to the 370’s shape, particularly with this NISMO model’s new styling enhancements, and though some new competitors have come to market since the current generation debuted in 2009, this car still occupies a fairly vacant space on the sporting car spectrum – that of a naturally-aspirated, rear wheel drive two-seater with more firepower than the FR-S/BRZ twins – and a price that starts just north of thirty grand. Of course, our tester was not thirty grand. In fact, after adding the comprehensive Tech package and the automatic transmission, it rang in at a somewhat dearer $47,725. Closer to $50k, upscale competitors like the BMW M235i begin to creep into view. If you can be judicious with the optioning, though, the 370Z – either in base or NISMO form – remains a compellingly traditional sports car option among a sea of pony cars and hot hatches.