Given that at its core the Avalon is essentially a larger, nicer Camry, you’d expect it to share many of the traits that have made the Camry such a popular – nay, the most popular – new car choice in the country. And it does. It’s got relaxed-fit seats, with easy ingress and egress and good comfort even over long distances. It’s easy to see out of – sightlines front and rear are pretty good for a modern tank car. It’s church-pew quiet at nearly every speed, especially this battery-assisted hybrid model, eliciting nary a peep at highway velocities save for the occasional whine of the regenerative brakes when you stab the left pedal. The ride’s smooth and well-controlled. Cornering leans toward the “safe-but-why-are-you-really-bothering-with-this” end of the scale. Nobody buys an Avalon for its corner-carving capabilities. If anything, our hybrid tester might have cornered a bit flatter than we expected due to the weight of the batteries distributed low along its floor. Still, shod as it is with comfort-oriented Bridgestone Turanzas, it’s clear the Avalon’s place is on the boulevard, not the racetrack. 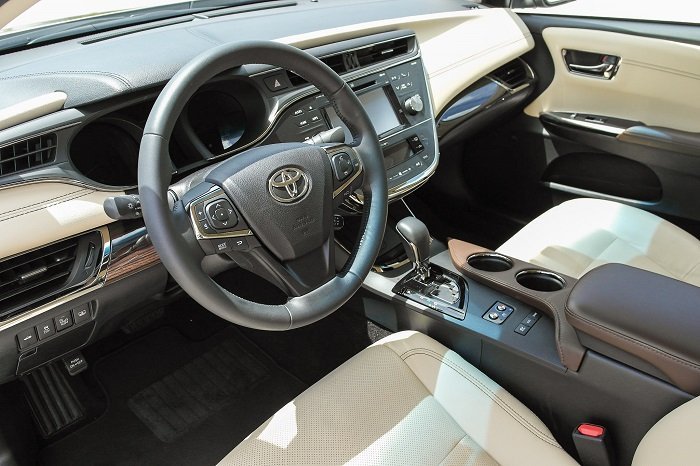 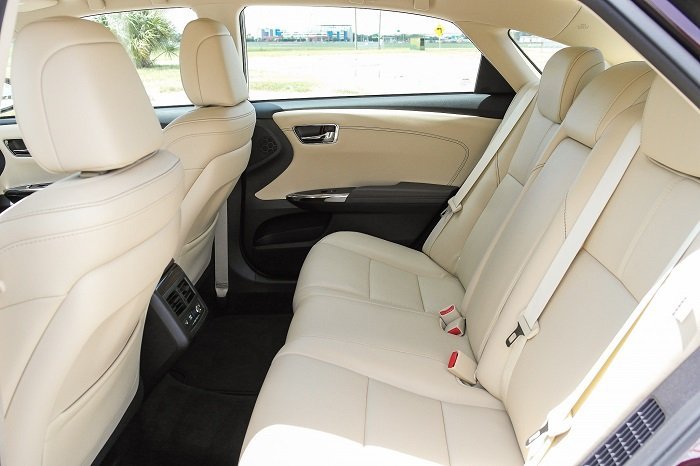 Now that we’ve gotten the obligatory S:S:L handling analysis out of the way, let’s turn back to what buyers in the full-size sedan class actually care about: value, reliability and luxury that avoids the pretense of upscale branding. Although some of its stiffest competition comes from its own family members – with the Camry below and the ES350 above – it measures up quite well against its competition from other sources. The revised Impala we drove a couple of years back is a beautifully revised car compared to its rental fleet predecessor, but its interior isn’t quite done up to the same standard as the Avalon’s. Ditto its platform mate, the Buick LaCrosse. We’re great fans of the Chrysler 300C/Dodge Charger duo, but they seem geared toward a slightly different and more enthusiastic large car shopper, one that’s willing to sacrifice a bit of the packaging and fuel economy advantages a front-wheel drive platform offers in exchange for a more spirited drive. Ford still produces the Taurus, but the company’s own Fusion is a better sedan in most of the ways that count. And having never spent time with the Korean twins in this class (the Hyundai Azera and Kia Cadenza), I can’t comment on how they measure up against the Avalon. 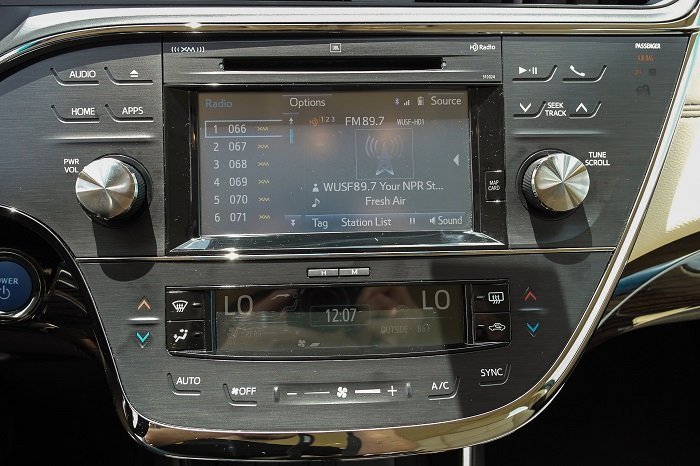 I have spent plenty of time in the Avalon’s platform mates, however, and compared to the ES and Camry, the Avalon fares much better behind the wheel that it does on paper. The Avalon’s interior is leagues nicer than the Camry’s, both in terms of layout and materials. I’d say it’s far closer to the Lexus in this regard than to its little brother. The gauge layout is simple but pleasant enough, and oft-used controls fall readily to hand on the sloping center panel. Navigating the infotainment system is done through a simple touchscreen interface rather than the Lexus’ mouse-and-screen arrangement. Storage abounds, and for phones that will support it, there’s a wireless charging pad located on the sliding lid of the forward storage bin. Back seat space and comfort, as you would expect, are both ample, though if there’s one sticking point it’s the fact that due to the hybrid equipment’s placement, the trunk pass-through of the standard Avalon is absent. Overall cargo space drops by just 2 cubic feet to 14, but for those that regularly carry long items, the non-hybrid model is your only option. 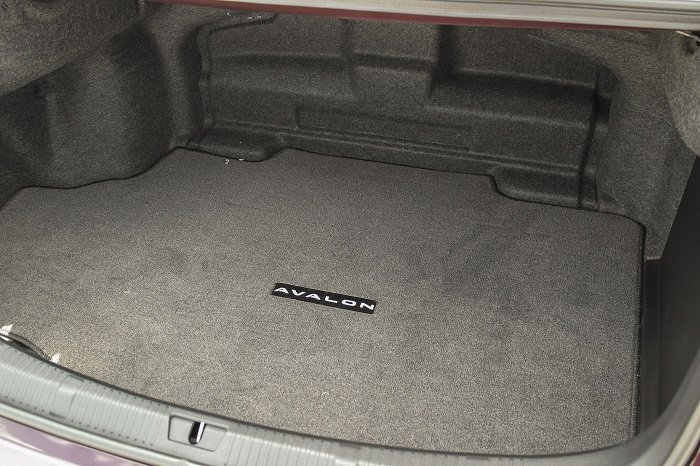 Speaking of hybridization, the electrical assistance courtesy of Toyota’s HSD system resulted in a whopping 11 mile-per-gallon bump in observed economy compared with the V6 model I drove a year ago. Considering the fairly modest price penalty incurred by choosing a Hybrid Limited instead of a V6 Limited model (just $1,720 extra), those additional em-pee-gees should actually pencil out as net savings if you plan on driving your Hybrid more than 60,000 miles. 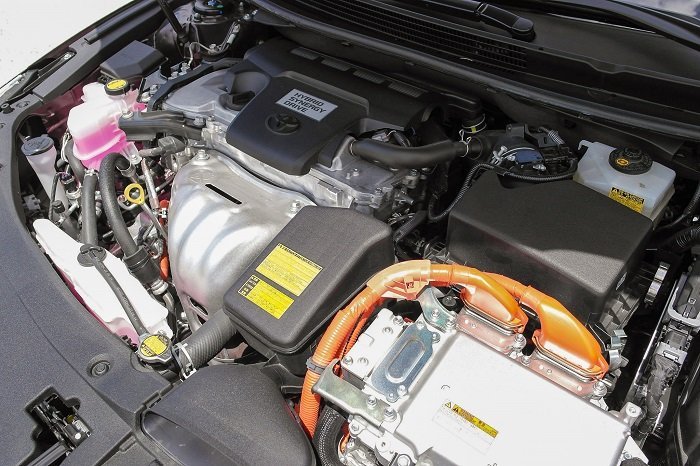 Low on excitement but high on refinement, the Avalon makes a compelling argument against other FWD full-sizers in its class, and as a carefully placed stepping stone between Toyota’s other sedan offerings.