Among its many talents, the Nissan GT-R has perhaps been most adept at dividing opinion in its seven years on American soil. Looking past the supercar power level, dizzyingly complex all-wheel drive system and fighter jet cockpit, there are many supposed car lovers out there who feel the GT-R simply cheats its way into the ridiculous numbers it lays down. Its detractors would have you believe that any ham-fisted wannabe could wrestle his GT-R around a track in a time that would put experts to shame. It’s got so many computers figuring out power distribution and cornering attitude, after all, that you could just about sit back with your hands off the wheel and let the car sort the lap out. Sounds plausible, right?

A week in Nissan’s legendary sports car was enough time for me to separate fact from fiction. 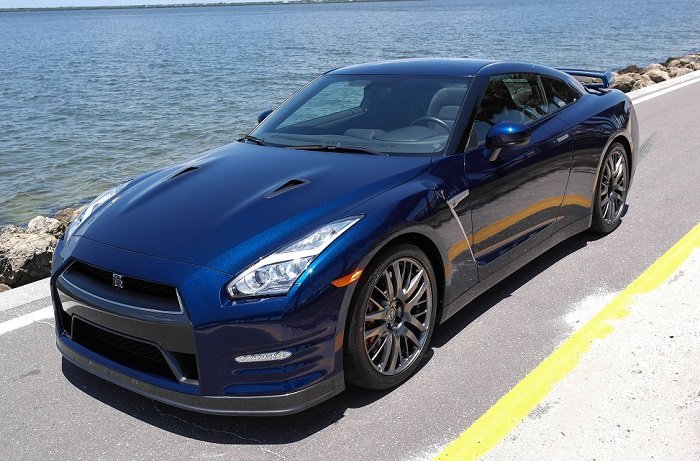 For the unfamiliar to gain an understanding of the GT-R, one must first examine the stats that lead to the kind of journalistic superlative-spewing typically reserved for Porsches and Ferraris. 545 horsepower launches the 3,922-pound GT-R toward the landscape with surprising efficacy, reaching 60 in 3 seconds flat and upwards of 190 miles per hour flat out. Sophisticated all-wheel drive and meaty Dunlop run-flat rubber conspire to tear you out of your seat in corners, while the Brembo brakes measure a pie-plate-sized 15.3” up front and 15” in the rear. And now that we’ve got all of the jargon out of the way, what’s the thing actually like to drive on a daily basis? 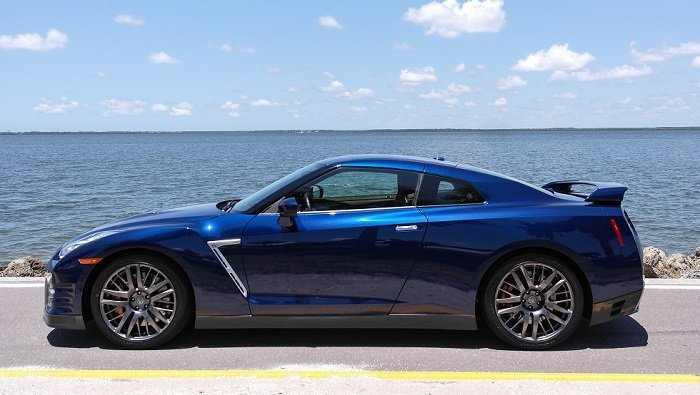 Around town, surprisingly mundane, in fact. You’re given little indication, even when jumping into the second half of the throttle pedal’s lengthy travel, of the capabilities built into this monster Nissan. First of all, it’s pretty darn quiet. Not from a tire noise perspective, mind you – those wide 20” Dunlop Sports Maxx GT600s make their presence known audibly from a brisk walking speed on up. But in terms of intake note or exhaust drone, the closest thing the GT-R mimics might be a jet-powered vacuum cleaner (I’m hopeful such a thing exists) with the volume dialed down to 3. Overall wind noise is also surprisingly low. 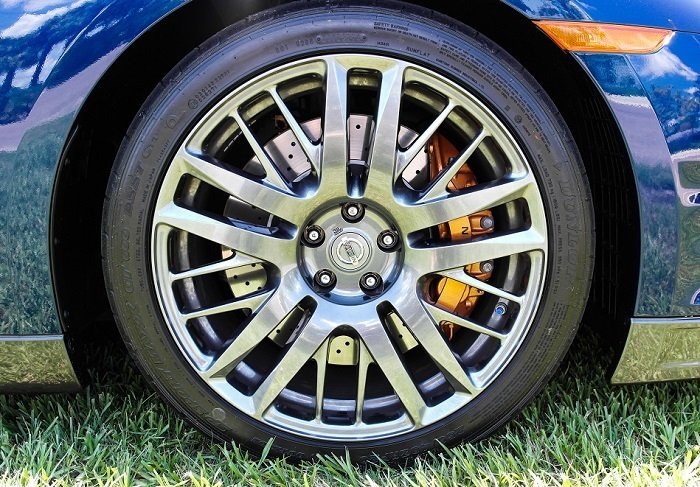 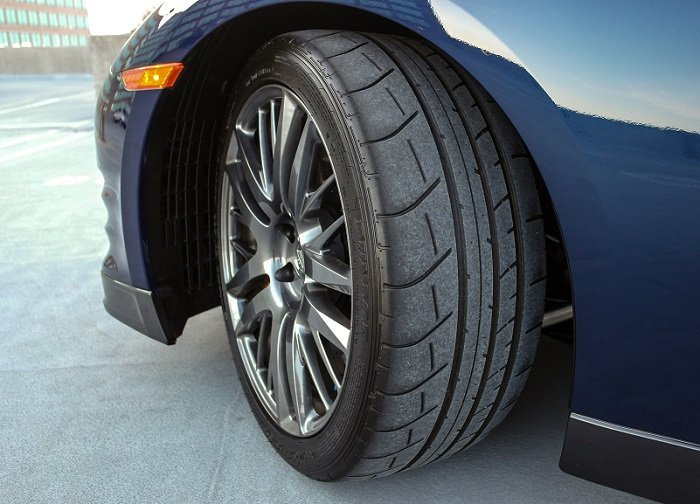 It also actually rides well. Everything I’ve been led to believe about this Japanese super sports car is that it rides like an oxcart and punishes its occupants for not dutifully avoiding potholes. However, even on run-flat tires, which are known to turn a car’s ride from pudding-smooth to rock-hard, the GT-R proves compliant, composed, even – dare we say – comfortable. This newly quiet, calm demeanor has come about as a result of Nissan’s work to improve livability on the 2016 car. The suspension’s been “recalibrated” to provide a better ride in comfort mode, and active noise cancellation’s been added to the Bose audio system to drown out some of that tire thrum. Their efforts have mostly paid off in that the GT-R is now friendlier than ever for drivers who plan to use one every day. But for the casual observer steeped in Godzilla’s lore who is expecting a rip-roaring, roller-coaster ride from the first dip into the throttle, the car might actually come off as somewhat sedate. 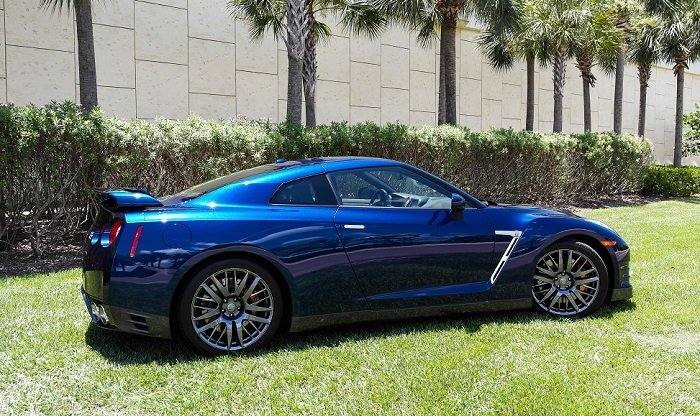 Getting past first blush, though, you’ll soon discover the GT-R’s true character. Which is one of a technologically-advanced weapon for dissecting a back road as fast as humanly (or rather, mechanically) possible. There are few roads on earth that are deserted enough to fully exploit the Nissan’s capabilities, nor would we recommend you do so, lest you hope to remain a license-equipped member of the motoring public for very long. If you find yourself in a private environment open enough to explore the GT-R’s limits, though, you’ll be rewarded with a fairly safe handling balance that tends toward slight understeer flat-out, although tail-out antics are indeed possible with an aggressive enough corner exit strategy. In between those two extremes lies a plethora of mechanical grip, about as much as you could reasonably expect from a street car unequipped with cheater tires or outrageous aerodynamic aids. 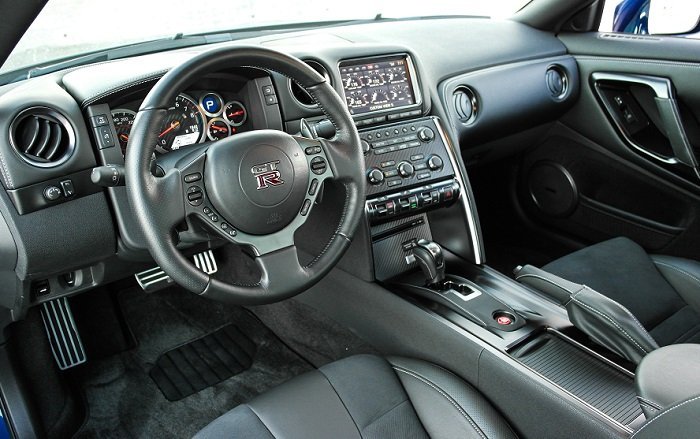 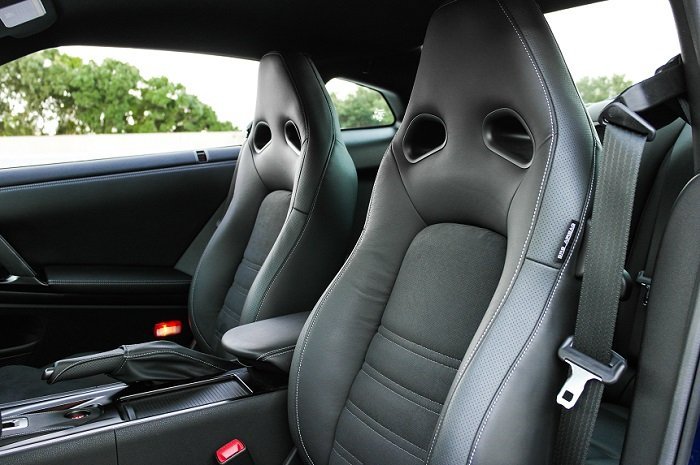 Thing is, though – it definitely doesn’t drive itself. It’s very possible to get a corner completely wrong in this car, and pay for it with scrubbed time. It won’t sort everything out for you, and it’s powerful enough to bite you if you don’t respect it. Is it a Z06 or Viper kind of bite? No, it’s not that ferocious, but respect where respect’s due: the GT-R still has teeth. Get it right and you’ll be rewarded with heroic speed, probably more than seems plausible from a nearly-two-ton beast with climate control and Bose audio. The reputation for driving itself might be shattered, but its tendency to embarrass sports cars costing far more is still well and truly alive. 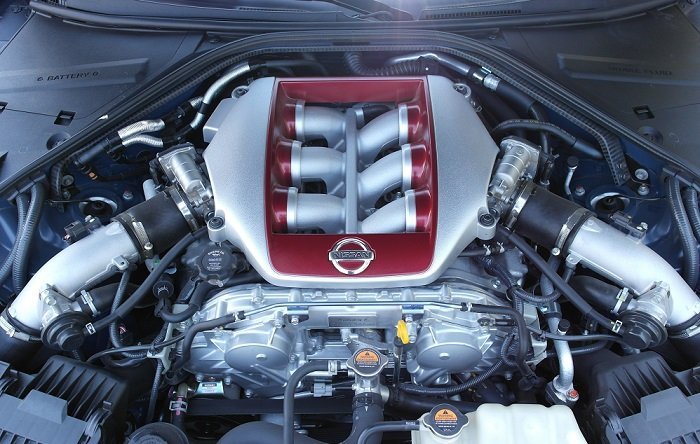 There’s a lot to love about the hitherto unknown quantity that is GT-R. Originating from a 1960s model that never saw US shores, the Skyline GT-R became a beacon of hope for PlayStation-adoring young fans, a car they could hopefully attain one day through luck, circumstance and loosened import regulations. Those dreams are finally coming to fruition for many, now that the R32-generation Skyline GT-R can be imported legally under the EPA’s 25-year-old automobile exemption. Still, many of the kids weaned on Gran Turismo can now drop the kind of coin required to get them into a brand new GT-R, and have been doing so ever since the R35 generation hit our shores in 2009. 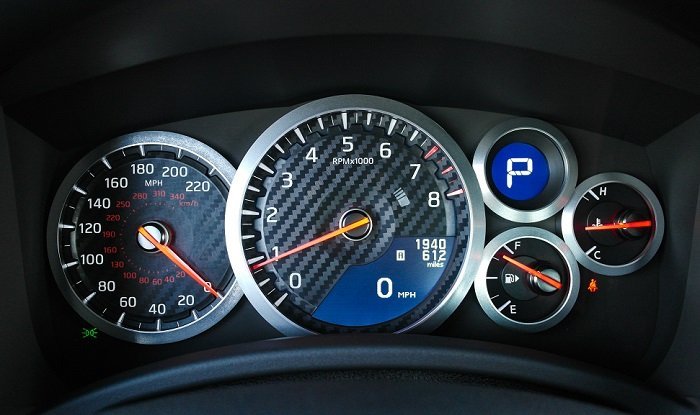 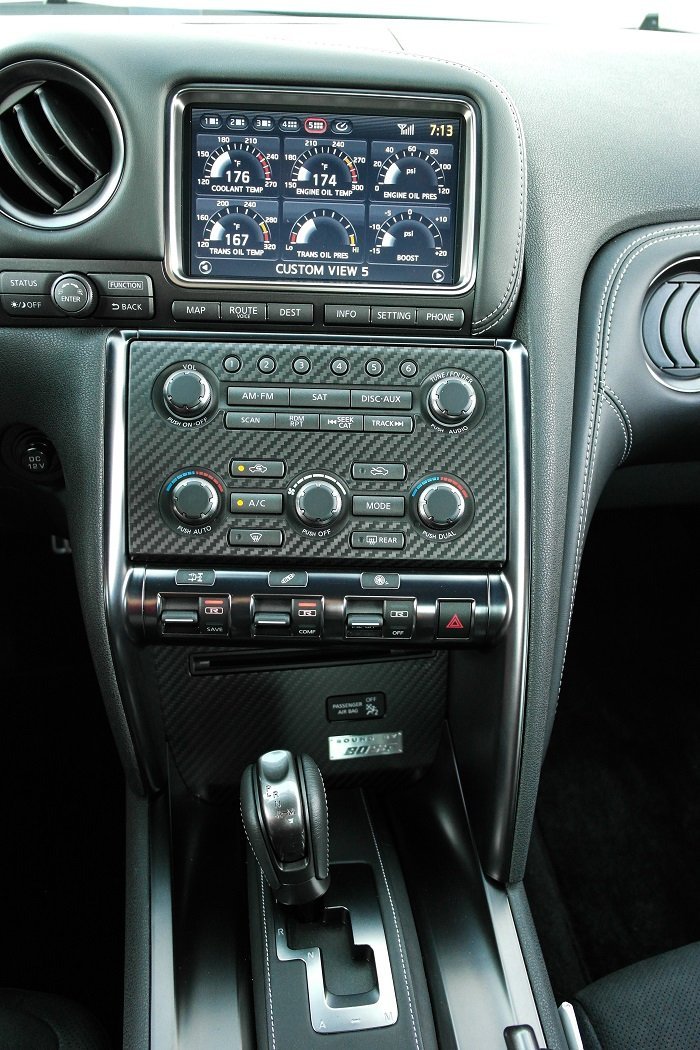 For some adoring buyers, nothing but a GT-R will do. For other monetarily well-endowed members of the car shopping public, there’s some tasty competition out there to consider alongside the mash-up of mega sports coupe and grand tourer that the Nissan represents. Pricing for mid-level versions of the Porsche 911, including the Carrera S, 4S and GTS, open up right around the GT-R’s $103,365 starting price, but will rise far beyond that in short order with any options. Still, $100k will get you a very well-optioned Cayman GT4, Corvette Z06 or Viper GTS, all of which more closely follow the sports car ethos in looks and demeanor than the four-seat, four wheel drive GT-R. 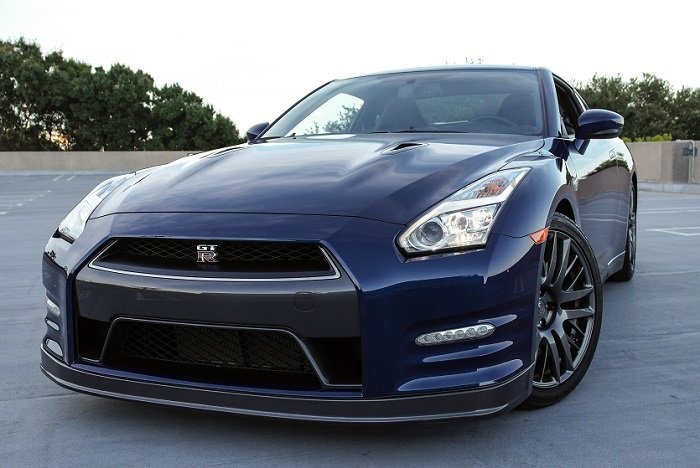 Even still, though it costs a pretty penny and feels somewhat aloof at less-than-triple-digit velocities, it’s hard to spend any time with the GT-R and not come away in awe of its capabilities, especially once you get the chance to turn a wheel in anger. One part mega Japanese muscle car, one part rolling video game, the GT-R still impresses after all these years.