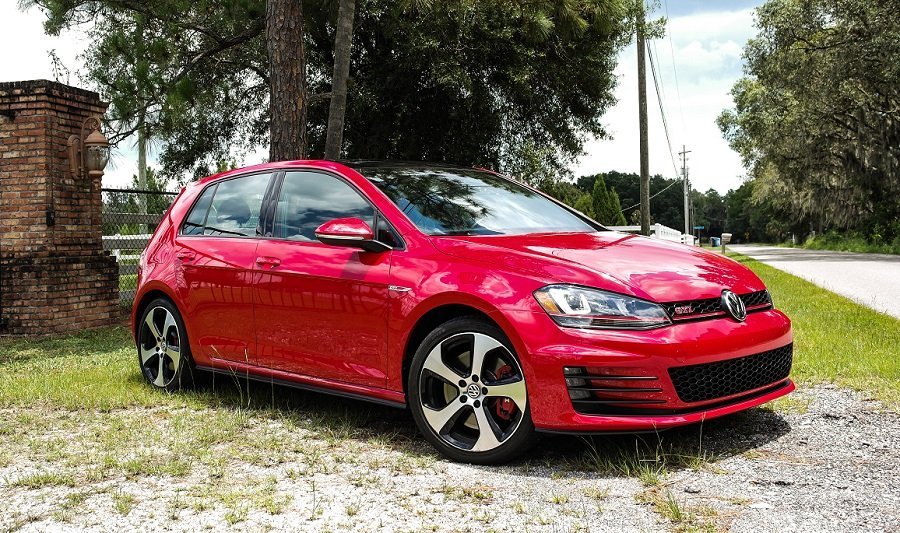 Car writers and hatchback aficionados have long extolled the many virtues of Volkswagen’s original GTI – its nimble chassis, willing powerplant, and generous helpings of practicality and value all conspired to make it a pleasure to live with on a daily basis. It formed the basis for the entire hot hatch genre, and numerous copycats owe VW a debt of gratitude for popularizing the segment. I learned of the GTI’s virtues first hand as a highschooler, when my father counted a 1998 Mk3 VR6 among our family’s stable. Ever since that car, though (and many would argue the heavy VR6 wasn’t all that representative of the original GTI ethos), the marque has had a bit of an uneven history. Depending on who you ask, nearly every generation save the original has had its share of detractors, though the “marks” ending in odd numbers do seem to be the most universally beloved. This Mk7 version should be in fairly good standing, then, right? Yep – this one’s definitely a winner. 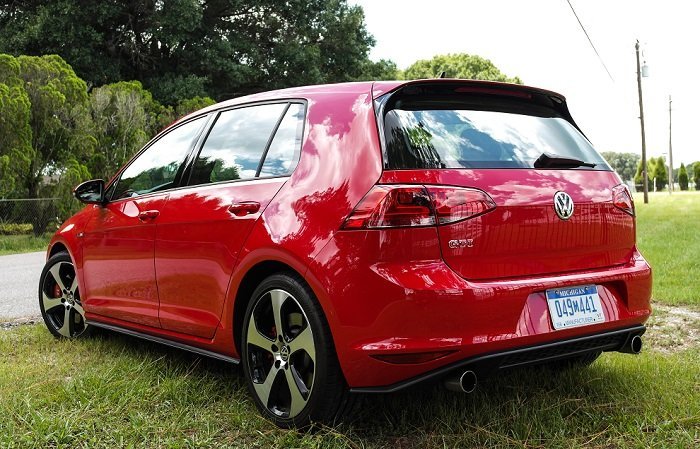 I tried to think of a way to summarize my week with the GTI that wouldn’t come off as gushing. I mean, I’d already written a fairly glowing review of the car when I took it for a brief spin in Virginia last summer at Volkswagen’s behest. But on a sunny day over flowing, rural back roads, it’s pretty hard to have a bad time in any car. One week of commuter abuse would be the true test of the VW’s mettle. My neck of the woods has few interesting back roads for the little dub to stretch its legs on, so I was sure that my view of the car as a viable Sunday plaything, rather than just an efficient commuter, would tarnish somewhat. 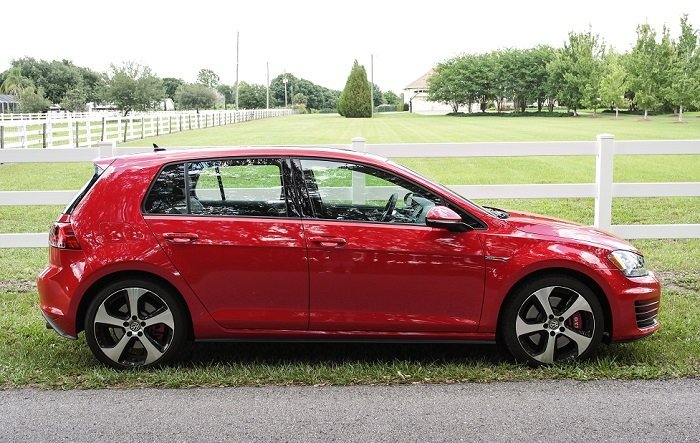 Not so. In fact, more time with the seventh gen just solidified the progress VW has shown in this newest, MQB-platform-based Golf. Though dimensionally larger than its predecessor, it’s fractionally lighter as a result of the materials used and the efficiencies gained through its new underpinnings. It’s also better proportioned, and certainly sharper looking than the car it replaces. The Mk5 car’s playful charm was diminished somewhat with the blobby 6th gen, but that’s all a distant memory now – the Mk7 has been creased, chiseled and given angular new fascias that all conspire to create the impression of a lower, angrier car. 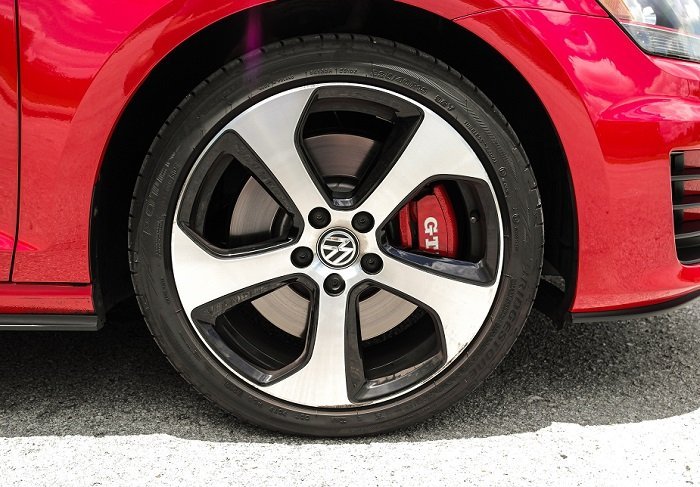 Lower and angrier might also describe the chassis tuning, although there’s nothing angry about the GTI’s response to broken, pothole-scarred pavement. If the EPA suddenly mandated that every new car sold in the US had to mirror the GTI’s spring and damper tuning, I’d be perfectly fine with that. It’s a marvel of compromise, much like the rest of the car, and it strikes a fine balance between sharp, keyed-in handling response and smooth ride quality. I suppose it’s no fault of the car that it doesn’t display the kind of instantaneous turn-in or playful balance that are hallmarks of its rear-wheel drive competition. The GTI still handles remarkably well not only for a front-driver, but for any car south of the $40k mark. Indeed, it’s more exuberant than many supposed “drivers cars” costing far more than that sum. Were we to plead with VW’s engineers for just one small concession in the next iteration, it would be a fully-defeatable stability control system. While you’re not likely to encounter its limits on a daily basis, there are times when it would be nice to feel like you aren’t being nannied by the computer. Additionally, though the steering offers multiple levels of electronic resistance, none of them weights up as naturally as a hydraulic rack – particularly in sport mode. Though, the steering is at least quick and satisfyingly accurate. 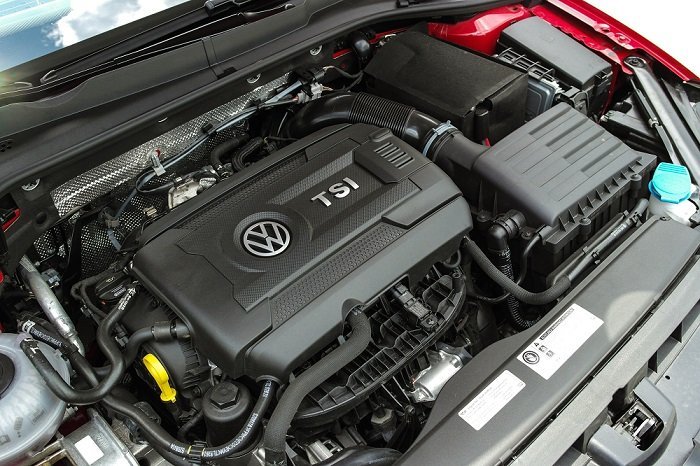 The two-liter turbocharged four cylinder has become a bit of a mainstay in the GTI (and elsewhere throughout the automotive kingdom) over these past few generations. It’s here in a newly refined state of tune, and it’s a cracker: it pushes out 210 horsepower (220 in performance package cars like ours) and 258 lb-ft without a hint of torque steer, despite the full lump of the stuff being available from just 1,500 rpm. 220 doesn’t sound like a ton of power, especially in the face of competitors like the Focus ST. But the seeming omnipresence of meaningful shove across the GTI’s powerband, and the smoothness with which that power is delivered, more than make up for a slight deficit on paper. 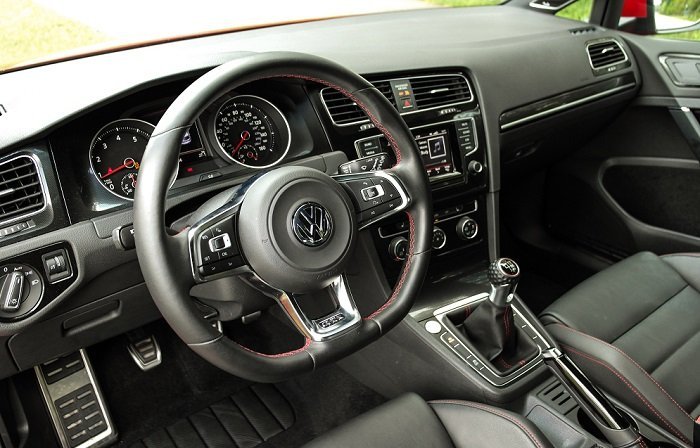 Speaking of transmissions, our car was thankfully equipped with a 6-speed manual transmission; of course, the 6-speed DSG remains optional. A snappy, relatively short-throw shift action is complemented by a light clutch pedal. I’ve read reports of other drivers having trouble with heel-toe maneuvers in the GTI, but I was able to execute such shifts without much issue. Credit my size 13 shoes, I suppose. Spending $1,495 on the performance package not only nets you the aforementioned 10-horsepower bump but also an honest-to-goodness mechanical LSD with clever electronic assistance. Adding to the standard car’s electronic XDS system, the performance package differential (dubbed VAQ) is able to act proactively in traction-loss situations, rather than reactively like a standard mechanical LSD, in order to apportion up to 100% of available torque to either front wheel at a time. On paper, it all sounds pretty easy to brush off, but the real-world effect is quite astounding in practice. 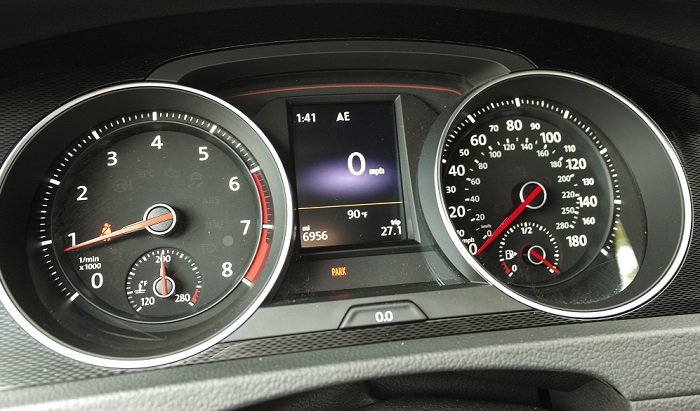 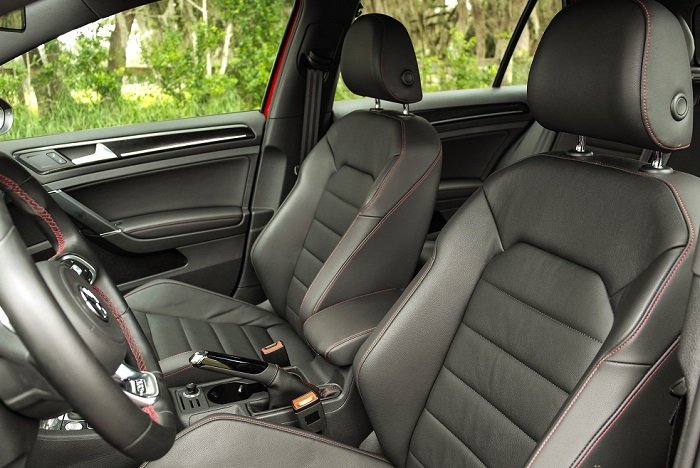 Point the GTI into a corner at some speed with a steady throttle, and you’ll get an expected level of initial understeer. Not a ton, but a bit. Rather than backing off and tightening your line, you prod the throttle deeper – and something miraculous happens. Your line tightens, rather than pushing further wide. This all works up to a point, of course, and given its front-driven architecture, the GTI will eventually understeer. But below 10/10ths, the benefit is tangible – and a lot of fun to play with. If the performance package were $1,495 for just the diff, it might still be worth it. The bigger brakes and 10-horsepower bump are icing on the cake. 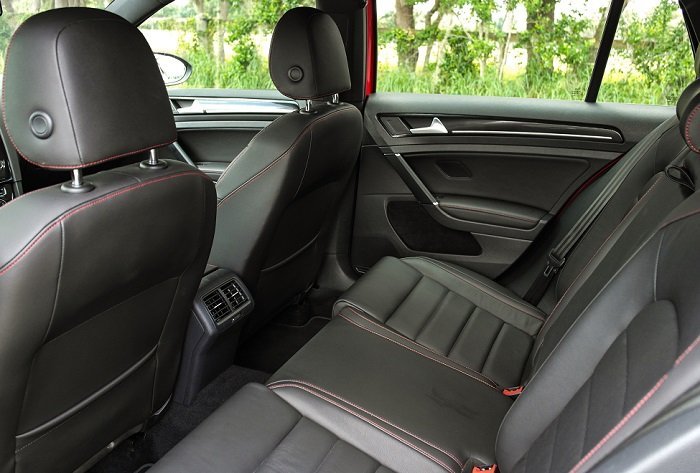 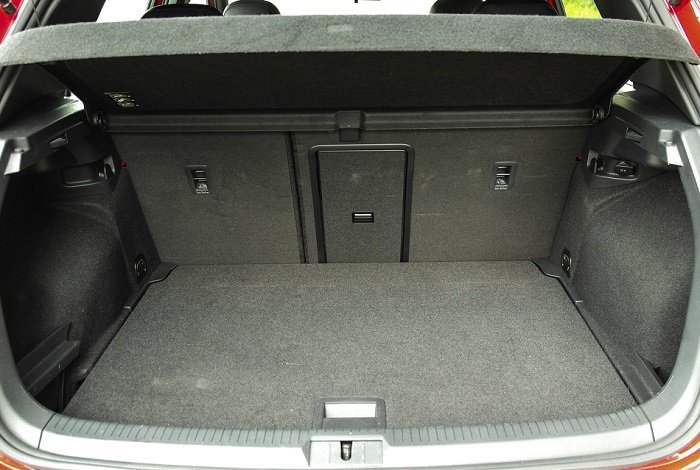 I’d be doing the GTI a disservice if I didn’t mention this car’s biggest selling point; in addition to driving dynamics that are beyond reproach for a hatchback, the car is actually still a hatchback. Which means you can fit all manner of things and people inside it in support of your daily life. This makes it easy to justify not only to a significant other, but also to yourself. If you need to, take further solace in the fact the GTI is comfortable, quiet, well-built, rides smoothly, and is equipped with all the modern niceties you could expect (and then some) at its $30k price point. The seats are as supportive as any BMW’s, and the Fender stereo is halfway decent. It’s a nice place to spend time, and I’d know, having traversed the boring slog from Tampa to Miami and back (600 miles) during a single day of the car’s stay with me. 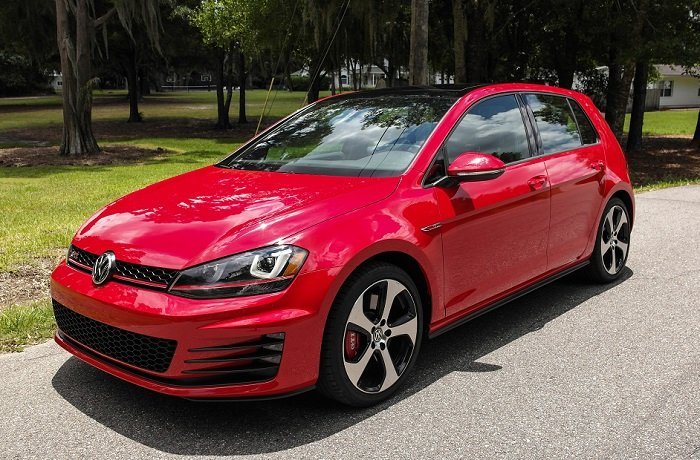 Although the GTI ultimately represents a compromise, it’s the kind of compromise you can make with no misgivings. It’s a car that can satisfy both head and heart, one that lets you have nearly as much fun as its more playful, single-purposed competition, but can act all grown-up when it needs to. It’s an adult’s hot hatch, and while that might sound tepid initially, it’s perhaps the highest praise the GTI could receive. 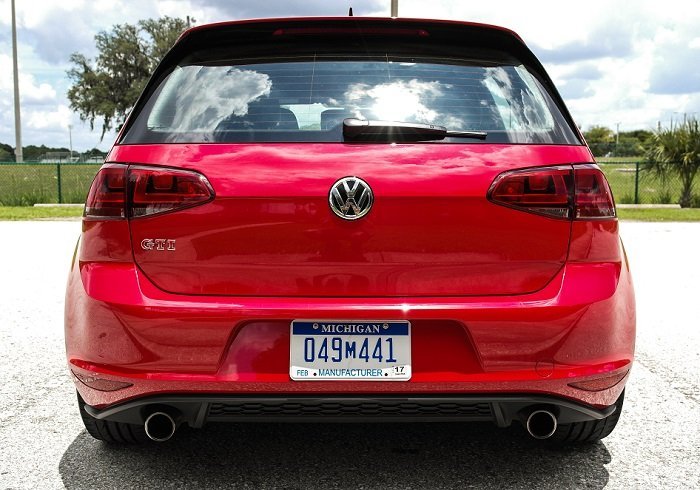 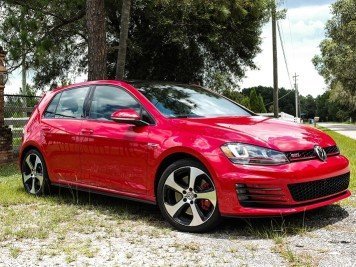 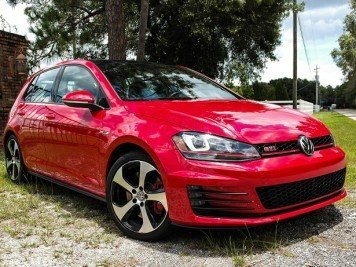 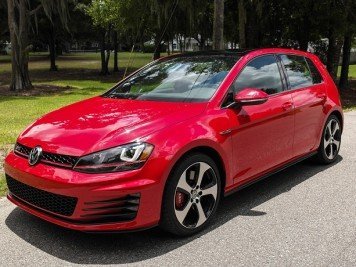 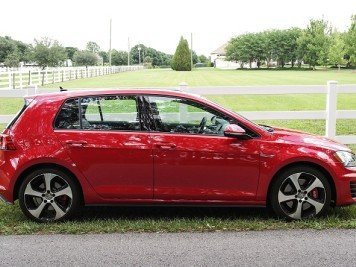 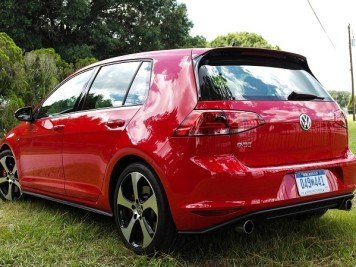 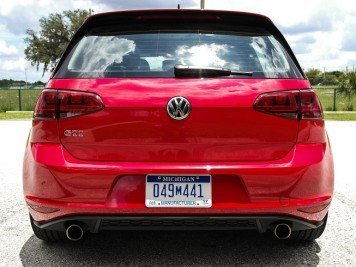 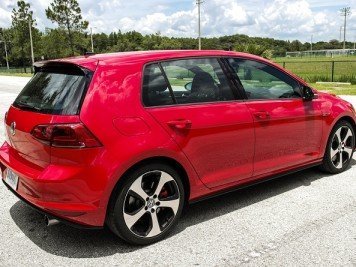 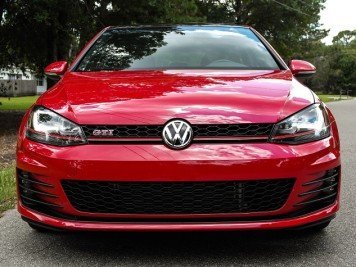 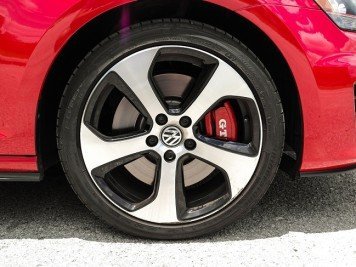 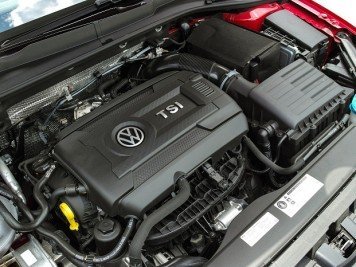 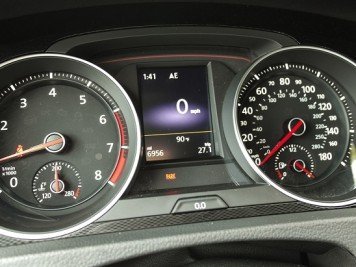 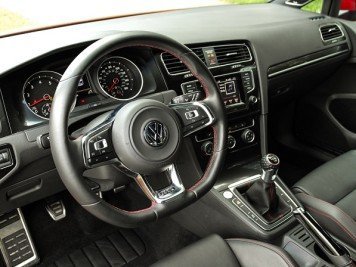 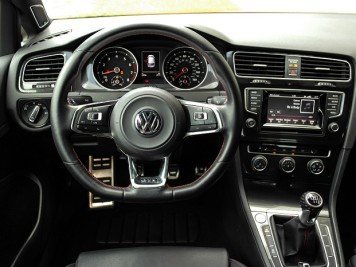 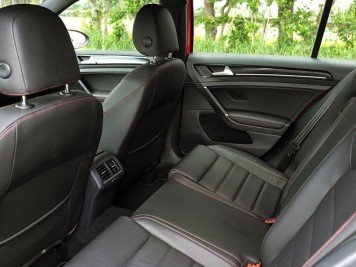 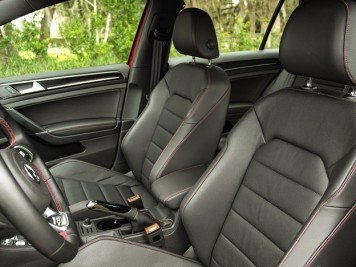 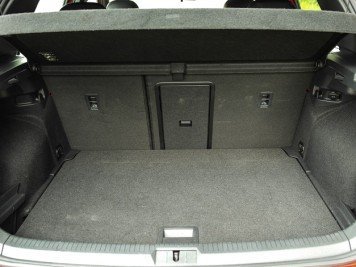