When I drove the Chevy Colorado earlier this year, I found it to be an extremely viable alternative to the dominant Tacoma in the mid-sized truck category – a segment Toyota had basically come to own after the Americans vacated it. We recently spent time in the Colorado’s GMC-badged twin, the Canyon, and found some surprising differences – despite their nearly identical appearances. 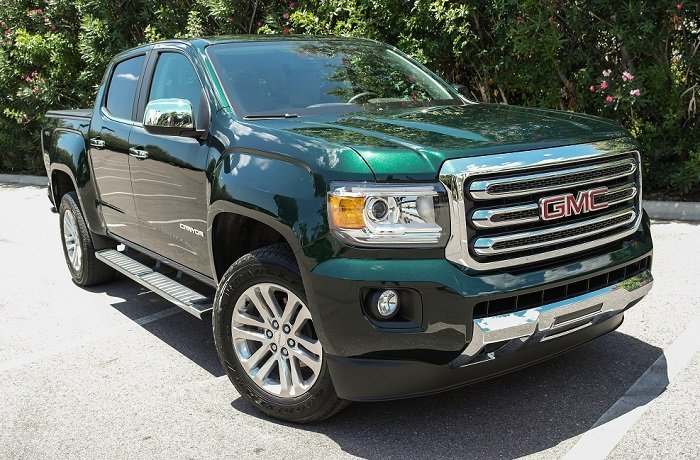 The Canyon seen here carried a spec sheet that largely mirrored that of the Colorado Z71 tested in March; four-wheel drive, crew cab, short bed, V6 and more or less loaded. At least, we thought our Colorado was loaded – apparently it wasn’t. Because while that truck wore a not-insubstantial price tag of $36,700 and change, this Canyon rings the register a whopping five grand louder – $41,785 all-in. That’s a lot of money for a mid-size truck; that’s a lot of money for any truck, mind you, but definitely for a mid-size. Ticking every option box on a 2015 Tacoma will almost get you up to that price, but not quite. The F-150 I drove a couple of months ago looks like a relative bargain in comparison at $43k, although that example was a mid-level XLT that wasn’t anywhere near as loaded as our Canyon. But like I touched on when I reviewed the Colorado, the type of buyers GM is seeking with these trucks probably don’t want a full-sized pickup taking up space in their driveway – regardless of whether it looks like a better deal on paper. 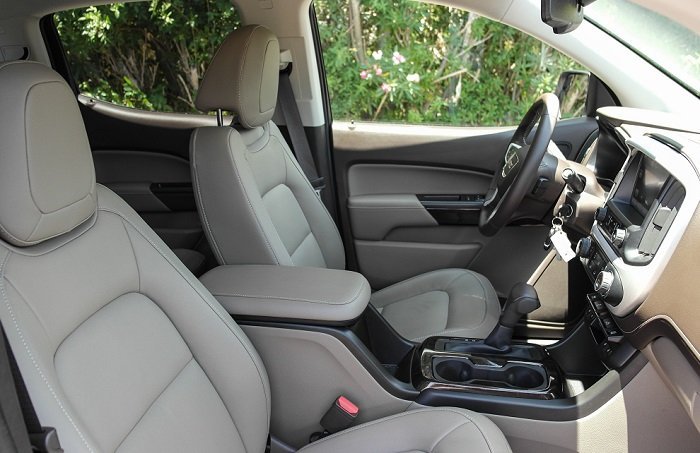 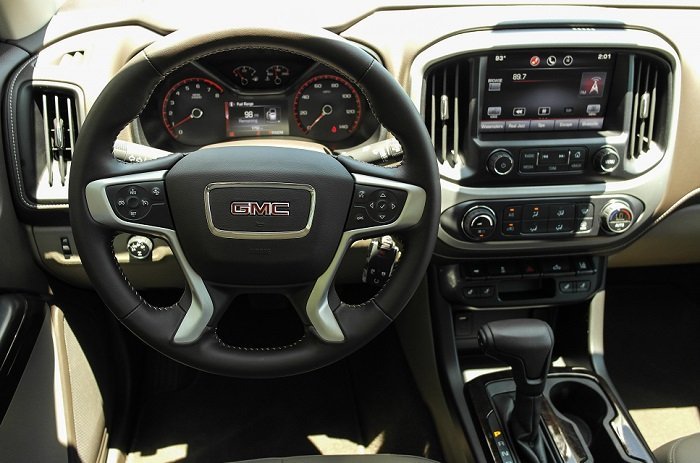 In defense of that big sticker, at least our truck was loaded to the gills. Leather seats and a leather (appearance?) dash with contrasting stitching were finished in earth tones and really lifted the look of the cabin over the Colorado’s monotonous grey. Our truck (despite being a 4×4) lacked the off-road package, which paid dividends on the highway – the suspension quelled large bumps more easily than the Z71-spec Colorado, and the street-oriented tires on this example transmitted less road noise to the cabin. The end result is a driving experience that could easily be labelled “sedan-like” in nature, aside from the lofty seating position. 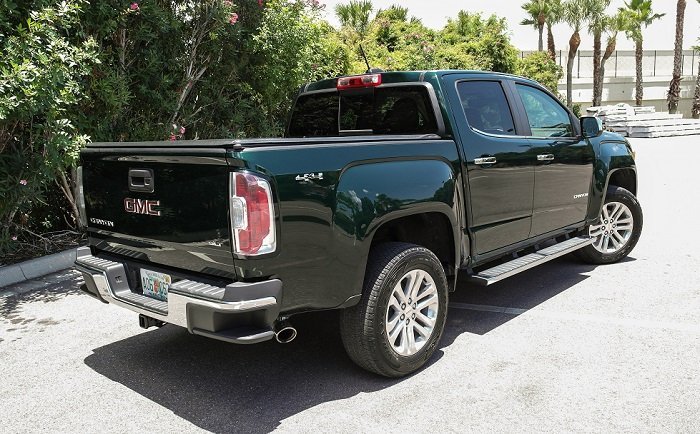 This truck’s powertrain could also be called car-like; fitting, since this is the same DOHC 3.6-liter V6 that finds its way into numerous GM sedans. It’s subdued and smooth in operation, even under full thwack, and though it doesn’t provide quite the same motivation as the V8s in its full-size brothers, it doesn’t have any issues getting out of its own way. Active aero shutters and fuel cutoff during braking help bolster the V6’s fuel economy; 2WD models are rated at an admirable 26 MPG highway. My four-wheel drive tester averaged closer to 21, still impressive but likely bolstered up by a few long highway trips during my time with it. A diesel engine option will be coming in 2016, and may bump the Canyon’s economy figures up quite a bit. 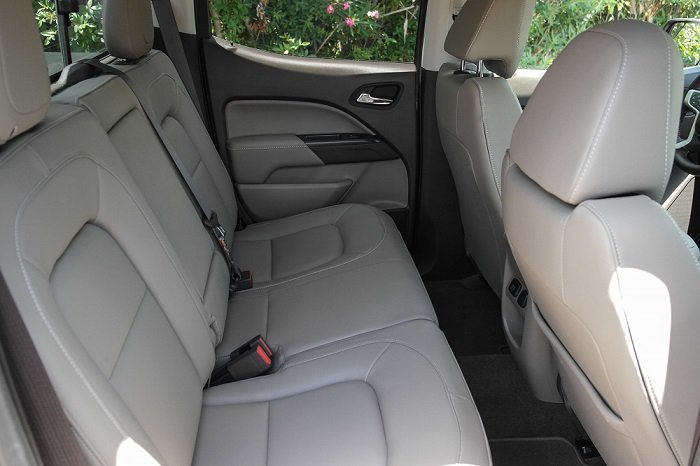 In crew cab/short box trim, the Canyon possesses plenty of interior space for four-up comfort, and just enough cargo capacity for weekend warriors. Those in search of more capacity will want to pip for the long-bed option, although it does make the truck a bit less parking-space-friendly. The crew cab/short box model occupies the sweet spot of being small enough for garages and shopping duty, but capacious enough for 90% of hauling projects. 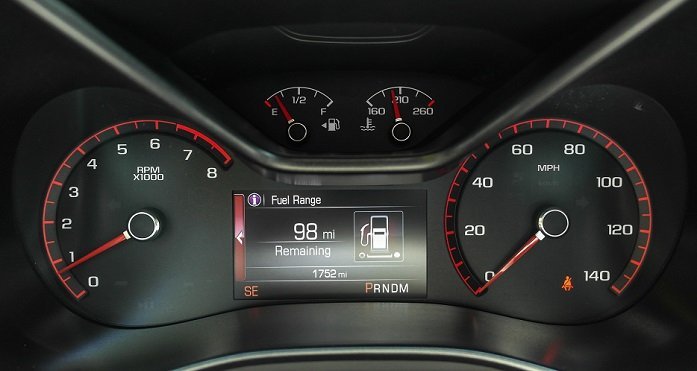 I still find the Colorado/Canyon twins to be a worthy alternative to the Tacoma juggernaut. A well-specced Canyon like this one proves to be plusher than the equivalent Colorado or Tacoma – though you may want to be judicious with the option ordering. 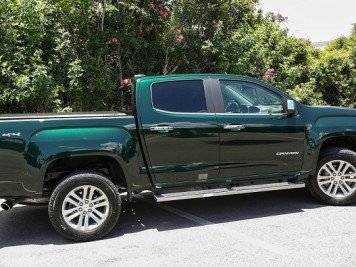 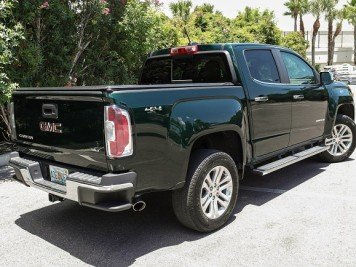 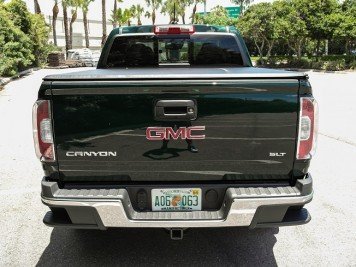 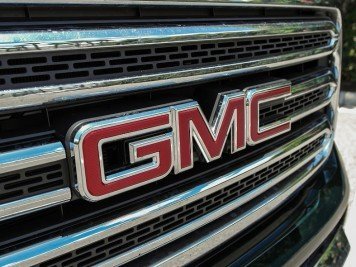 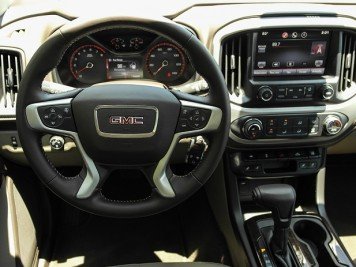 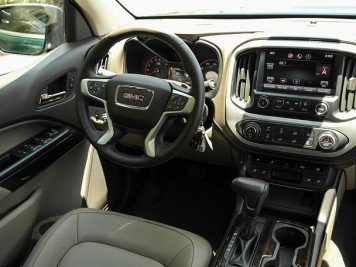 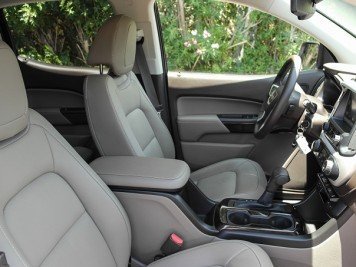 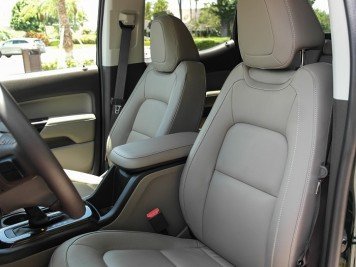 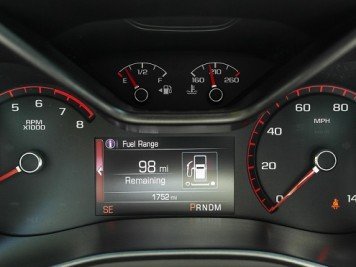 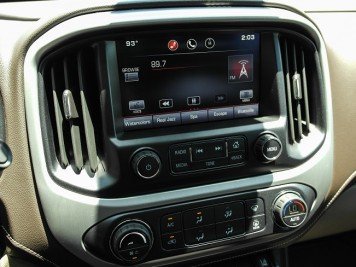 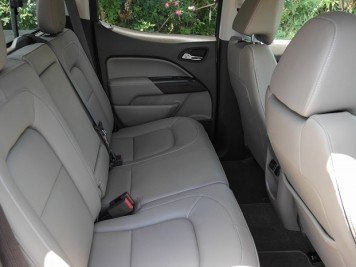 GM provided the vehicle for testing purposes and one tank of gas. Photos by the author.