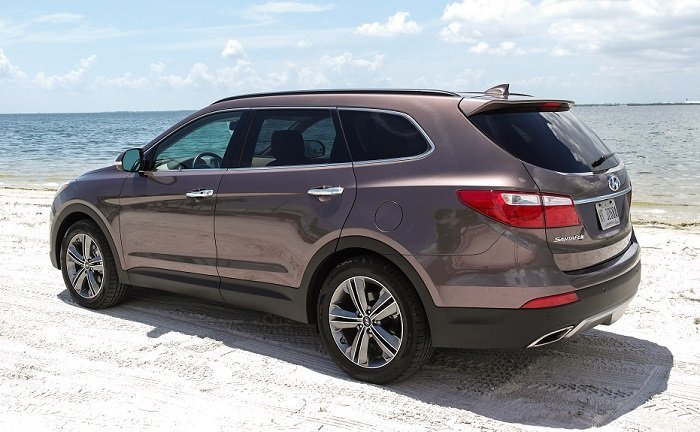 Every week is a roll of the dice in terms of what press car shows up at our Speed:Sport:Life door step. One week we’ll be in a heavy duty diesel pickup, the next a hybrid sedan. It’s rare that we receive consecutive vehicles that are direct competitors. Well, the stars must have aligned recently, because the car gods sent us two mid-size crossovers on subsequent weeks. And if we can be forgiven for secretly wishing for back-to-back Ferraris, this still afforded a unique opportunity to spot the similarities and differences between two popular crossovers – the Nissan Murano and Hyundai Santa Fe. 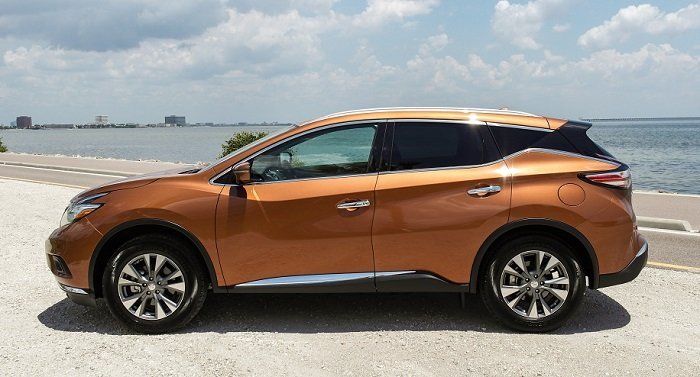 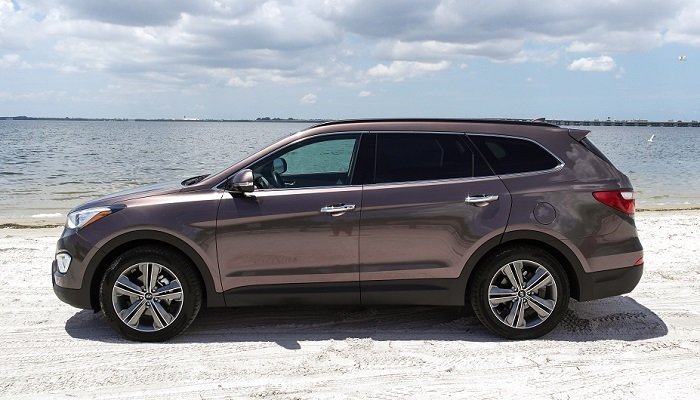 Now, first things first – I realize that the Murano is a smaller crossover than the three-row Santa Fe. If this was a truly level field, there would be a Pathfinder to counter the Santa Fe, or a smaller Santa Fe Sport to line up against the Murano. Having just driven a Santa Fe Sport, I can attest to the fact that under the skin and behind the wheel, the two-row Sport and our larger Santa Fe tester are nearly twins. Other than size and seating layout, the biggest difference between the two Hyundais is the Santa Fe’s standard 3.3-liter V6 engine in place of the Sport’s naturally-aspirated or turbocharged four-cylinders. For the purposes of our comparison, we’ll leave the Hyundai’s obvious size advantage off the table. Suffice it to say, it’s usefully larger than both the Murano and its Sport sister, but feels far wieldier from the driver’s seat than its dimensions would suggest. 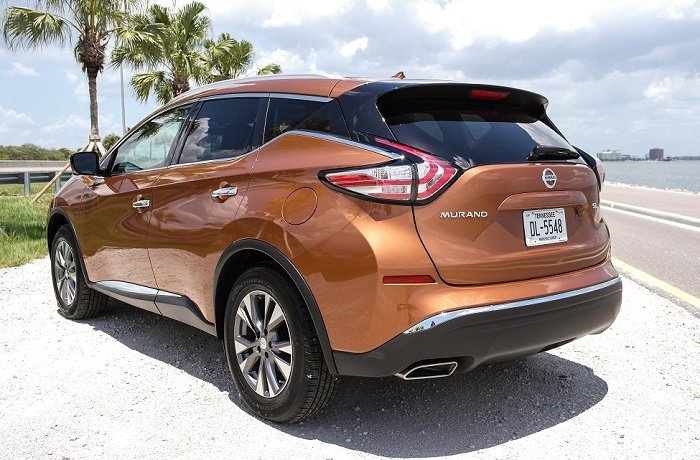 Though the Hyundai’s been around since 2012 with only minor tweaks in the intervening years, the Murano is a clean-sheet design for 2015. The Nissan has long been one of the crossover segment’s most design-conscious entries, and the new model certainly continues that theme. The pinched C-pillar look divides opinion, although we’ve seen similar designs from other manufacturers since the Murano was unveiled, so maybe it’s a hot new trend. Bold, boomerang-shaped light treatments front and rear echo the language seen elsewhere across Nissan’s current lineup. The nose shape and grille layout immediately call to mind the revamped 2016 Maxima. The only drawback of all these swoops and slashes is a reduced greenhouse area – outward visibility is noticeably curtailed to the rear. Large pillars and a small backlight create the perception of a much larger vehicle from the driver’s seat, and since they hide the corners of the car, you need to make good use of the side mirrors and backup camera. 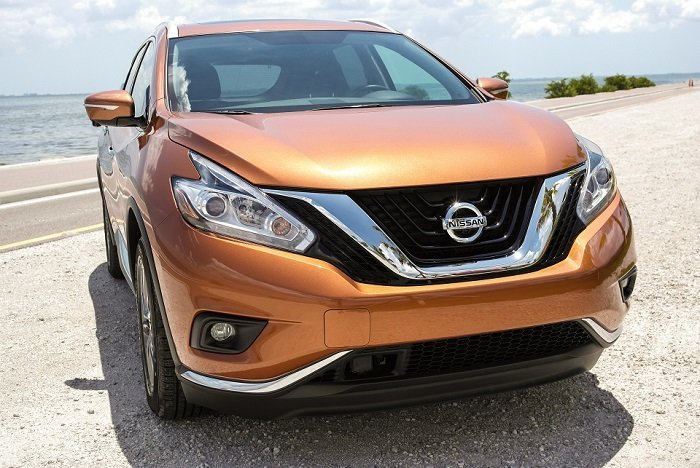 While the Santa Fe is less interesting from a design standpoint, it is at least good looking in an understated, unassuming sort of way. Perhaps it’s my predictable, brown-wagon-loving auto journalist’s viewpoint chiming in, but in this tester’s hue of metallic Frosted Mocha, I actually found it fairly handsome. Inside, it’s typical Hyundai – a comfortable layout with good sightlines, scads of feature content, and a sea of individual buttons to operate it all. The Santa Fe’s touchscreen operates intuitively and without glitch, but the overall center panel design looks a generation behind the spanking-new Nissan’s clean sweep of glass. Material quality is consistently strong between the two cars, with the slightest of edges going to the Santa Fe. 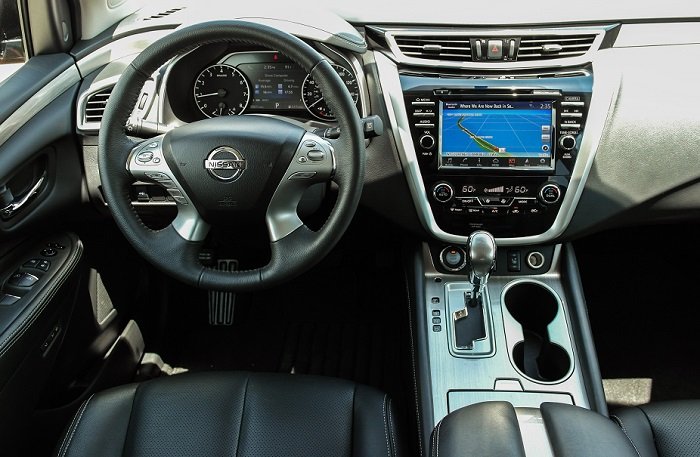 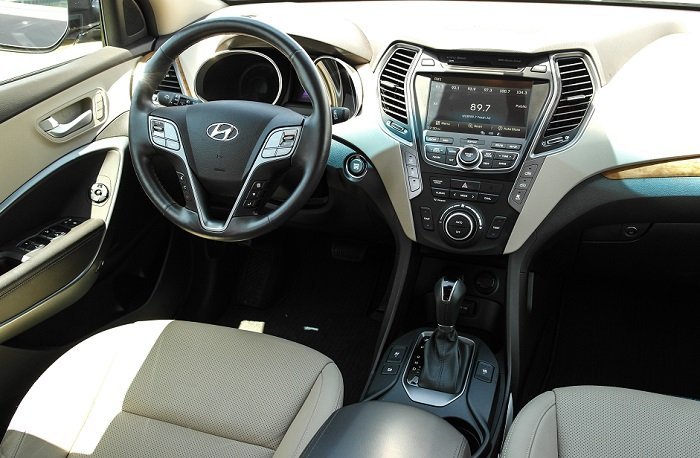 The stark differences between these two stylistically begin to fade when you dig under the surface. Both crossovers come equipped with naturally-aspirated V6s and automatic transmissions (a CVT for the Nissan, a traditional 6-speed for the Hyundai) powering the front wheels. Although two driven wheels will serve owners in warm states like my own just fine year-round, all-wheel drive is available in either for an upcharge of about $1,700. 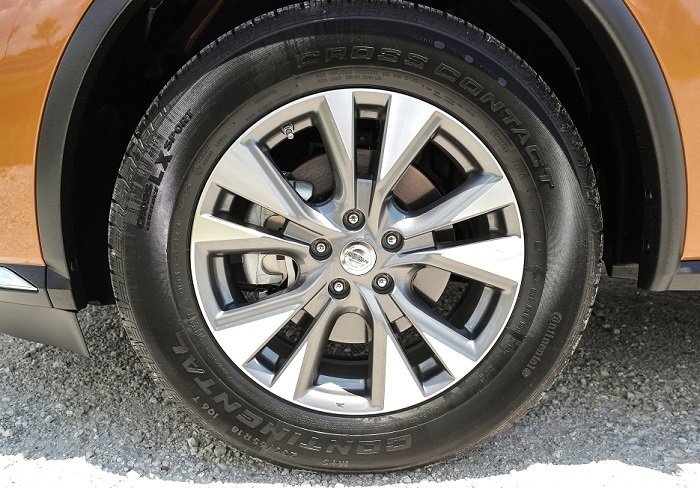 Nissan’s ubiquitous VQ35DE 3.5-liter V6 makes 260 horsepower and 240 lb-ft of torque in this application, which feels adequate but never gratuitous. Thanks to the equally ubiquitous Xtronic CVT fitted as standard, passing punch is available on the fly without a pause for a downshift, which makes the V6 feel gutsier than it otherwise might. Summoning full thrust is made calmer by the CVT’s simulated stepped gear ratios, which are programmed to kick in under heavy throttle applications and limit the “drone” commonly associated with these transmissions.

Although the larger Santa Fe has an extra couple hundred pounds to tote around compared to the Murano, its stronger 3.3-liter V6 is endowed with 290 horses and 252 lb-ft – enough to give it a slight power-to-weight advantage. Some of that extra pull is countered by the Murano CVT’s instantaneous response, but if you’re willing to wind the Hyundai’s smooth V6 to its upper reaches, it’ll reward you with more outright speed than the Nissan can muster. The 6-speed automatic goes about its business seamlessly, exhibiting quick responses and no obvious vices. Paddle shifters are absent on both cars, an obvious nod to their intended suburban missions. 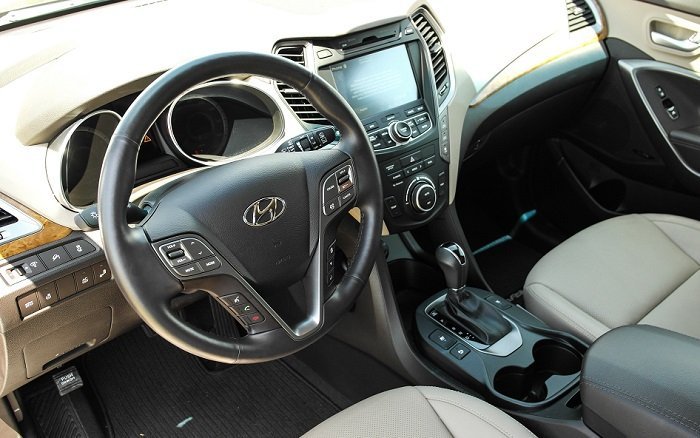 Dissecting any handling differences between the two cars proved fairly difficult. Although neither is designed to be a corner carver, both manage to quell their size and body roll characteristics fairly well from behind the wheel, while still exhibiting a smooth ride. I’d give the nod to the Nissan for the smoothest ride, while the Hyundai counters with lighter, more accurate steering and the sensation of masking its bulk better than the Nissan, which is admirable considering the size difference at play here.

Choosing a winner between these two is more difficult than it might appear at first glance. Each exhibits the kind of values that buyers in this segment care about, including a strong content-for-dollar ratio, an emphasis on smooth operation over break-neck power and handling, and a plethora of safety features. Where the two diverge somewhat is in their slightly different missions. The Nissan’s the more style-focused entry, with an eye toward sybaritic luxury for a smaller family or empty nesters. The Hyundai occupies more practical ground and is quite capable for those that need more seating and storage capacity. It’s also more feature-laden at their $40,000 price point. 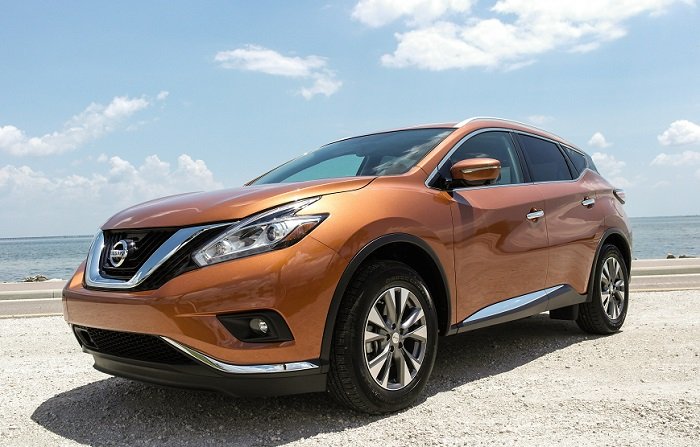 Although they reside within the same market segment, it’s clear these two vehicles will hold appeal for very different buyers, which makes it hard to pick a clear winner. Those drawn to the Nissan’s extroverted looks will be pleased to hear that it’s a competent and comfortable car under the surface. For this author, the Hyundai’s practical nature held its own appeal, as did its more polished driving dynamics. It might not be the most exciting choice, but it’s hard to find a more convincing all-rounder, which is, after all, what the crossover class is all about.

CVT provides good punch off the line and for passing

Some road and wind noise

Smooth V6 with plenty of gusto

Drives smaller than it is