I was a pretty big supporter of the original Sonata Hybrid, mostly because in practice, it didn’t really drive like a stereotypical hybrid. It had enough power to get out of its own way, it had the silhouette of a normal sedan, and its six-speed automatic avoided any hint of CVT droniness. Hyundai’s now wrapped the Hybrid in the same new-for-2015 duds worn by its regular Sonata sedan stablemate, but they’ve also made a few worthwhile improvements under the skin in the name of fuel efficiency. 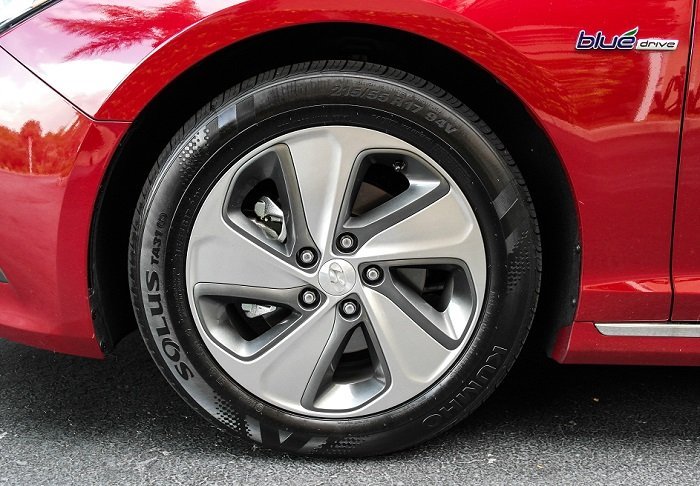 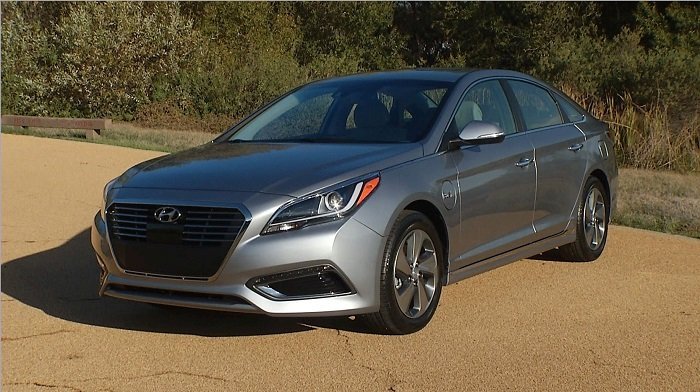 A downsized powerplant – now displacing an even two liters rather than the previous hybrid’s 2.4 – is paired to a more powerful electric motor and 13-percent larger battery pack. The latter is now located under the trunk floor, and thanks to improved packaging, allows the Sonata to sport a 60/40-split rear seatback, a rarity among hybridized midsize sedans. Cargo volume stands at 13.3 cu ft, a 10-percent improvement and now best in class. 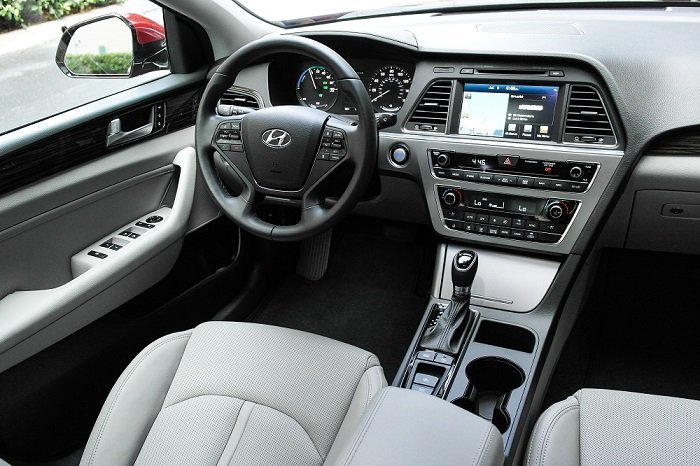 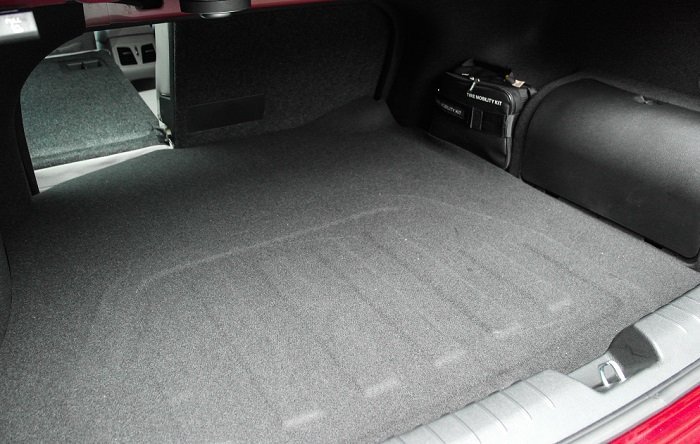 The engineers didn’t stop there – a revised 6-speed automatic transmission rounds out the powertrain improvements. The hybrid’s electric motor and clutch reside where a traditional torque converter usually would, and allow the gasoline engine to be decoupled from the motor at any speed from a walking pace on up to highway speeds (75 mph to be exact). With the battery pack sufficiently charged, there’s enough juice available to reliably lay into about 40% throttle before the gas engine wakes – providing far more electric-only grunt than most hybrids muster. 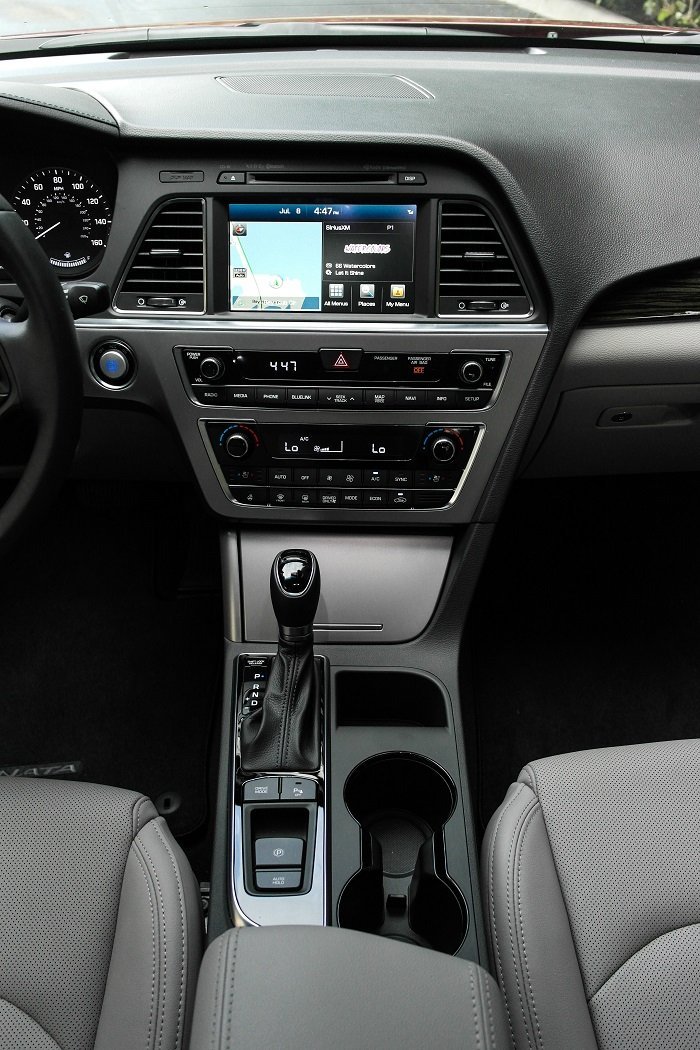 All told, the Sonata Hybrid produces 193 horsepower – a slight decrease, but roughly on par with the first gen Hybrid’s 199 combined power rating despite the smaller engine. More significantly, it allows for a combined EPA mileage rating of 42 MPG – an improvement of more than 10 percent compared to its predecessor. Over a 500-mile mix of highway and city driving, my average just about matched the EPA ratings – 41 MPG. Mighty impressive, especially since I couldn’t do much better than 35 MPG in the previous generation. 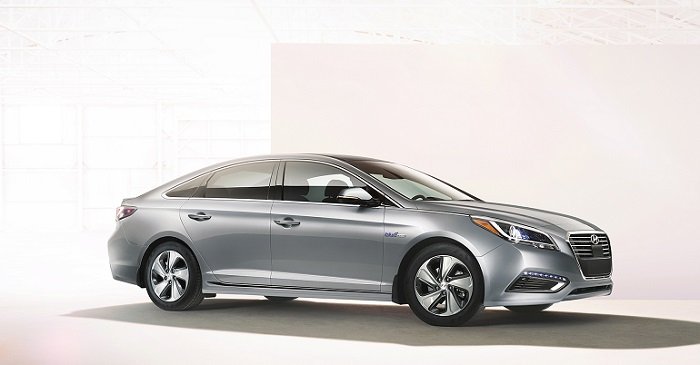 In practice, the new Sonata Hybrid is easy to live with. It’s got the same clean, subdued lines of its Sonata sister, which won’t raise any pulses but are a definite improvement over the guppy-mouthed look of the last car. Inside, the interior raises the bar. An ergonomically-sensible dash layout looks pleasant and feels upscale to the touch, with materials a notch or two above what I’ve experienced elsewhere in the class (think Camry and Altima), as well as those of the first-gen Hybrid. Space both front and rear is excellent, and upscale features like cooled front seats, heated rear seats, and rear side-window shades are unexpected niceties. 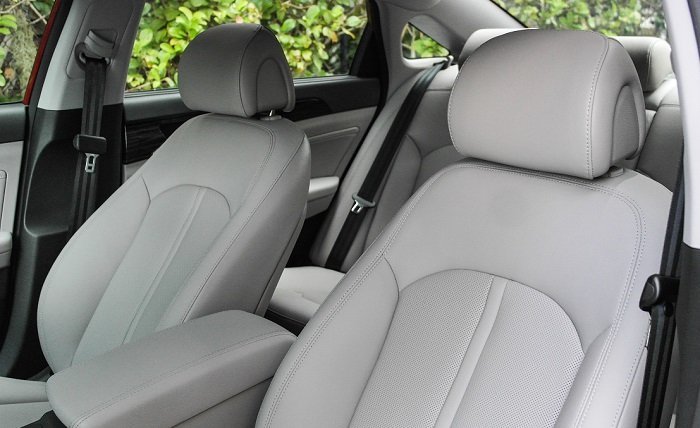 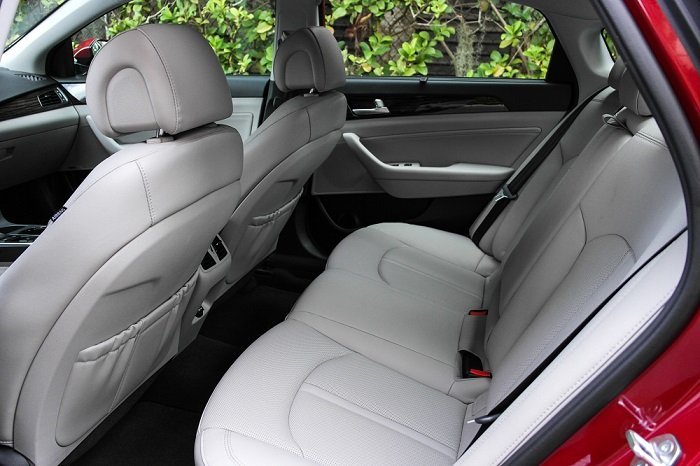 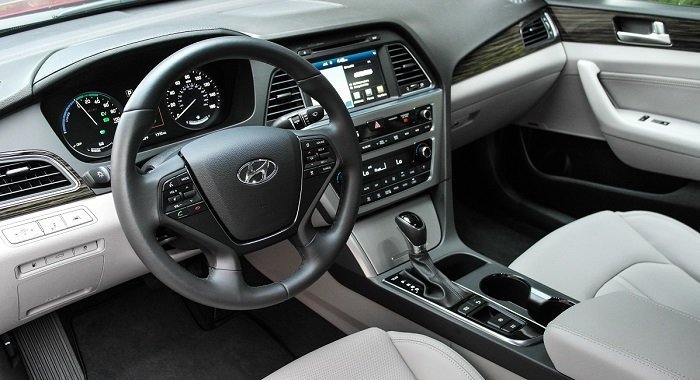 Out on the road, the Sonata Hybrid characterizes the finer points of hybridization – smooth power delivery, instant off-the-line torque, quiet operation, and stellar economy – without exhibiting the negatives, like a whining CVT transmission or a groaning, underpowered engine. In truth, you probably wouldn’t even notice you’re driving a hybrid – even the handling and braking characteristics hew closely to that of the gas model. Alright, so there’s probably a little less grip from the low rolling resistance tires, and the brake modulation at the top of the pedal exhibits the usual hybrid weirdness, but otherwise, it’s competent through and through. Save for an “EV” light that illuminates on the dash when the gasoline motor conks out under light load, there’s very little here to separate the experience from the four-cylinder Sonata Limited I drove last year. That is, except for the fact you’ll be visiting the gas pumps a lot less often – I managed 29 MPG in that car, decent in its own right, but nowhere close to the 41 I averaged in the Hybrid. Coupled with a 16 gallon gas tank, genuine 550-mile ranges become easily attainable. Your bladder will be pushed to the max on long trips.

Feature content is as strong as you’d expect in a Hyundai product. Our car came loaded to the hilt, featuring both the Limited trim level distinction as well as the optional “Ultimate Package”. Stepping up to the Limited over the base Hybrid brings you HID headlights, 17-inch alloys, leather-covered everything, heated/cooled/power/memory front seats, heated rear seats, a split-folding rear seatback, blind spot detection, and a slew of other upgrades to justify its $4,100 asking price. The Ultimate Package goes a step further by adding lane departure and forward collision warnings, radar cruise control, a panoramic sunroof, park assist, a larger 8-inch touchscreen with navigation, and LED interior lighting for $4,500. Neither option package is what you would call cheap, but considering how much content they bring, they certainly represent value in this segment.

Hyundai’s stuck with a formula that works here, while making incremental improvements that pay off in measurable ways. The new Sonata Hybrid keeps the fuss-free operation and low key looks of its predecessor and improves the biggest metric that hybrid buyers care about: efficiency.