The Beetle has always carried with it a sort of “love it or hate it” image, and while the newest version is less polarizing, both opponents and proponents of the love bug’s cutesy styling seem to come out of the woodwork when you’re driving around in one. 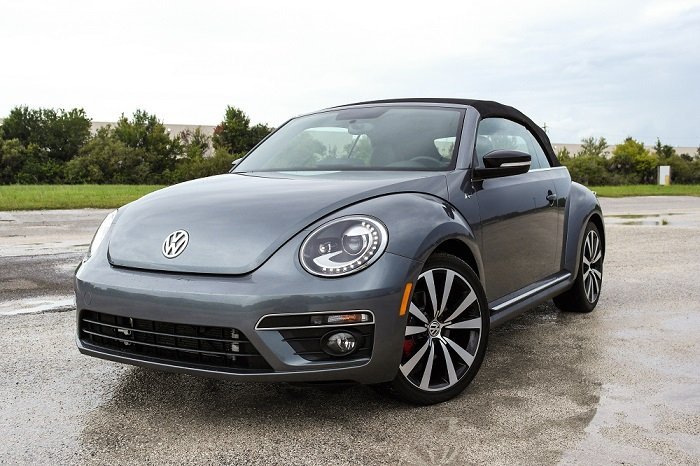 It’s a Beetle! Perhaps the most recognizable car on the planet, the Beetle’s bustleback shape has been around for the better part of eight decades in some form or another. Having traded its formerly 911-esque rear-engine, rear-wheel drive layout (actually, it’s the 911 that’s Beetle-esque) for conventional FF roots long ago, the newest car is still underpinned by the PQ35 platform shared with the MkVI Golf, rather than the MQB platform of the latest Golf and GTI. Similarly, our R-Line tester comes with the 2-liter turbocharged four from the previous GTI, pushing out 210 horsepower and 207 lb-ft of torque versus the MkVII GTI’s 210-220 horsepower (depending on trim level) and 258 lb-ft. Power is transferred through either a 6-speed manual or 6-speed DSG gearbox (as on our car), and curb weight checks in at a reasonable 3,278 pounds. Other powertrain options within the Beetle range include the company’s new 1.8-liter turbo four and a 2-liter TDI diesel. 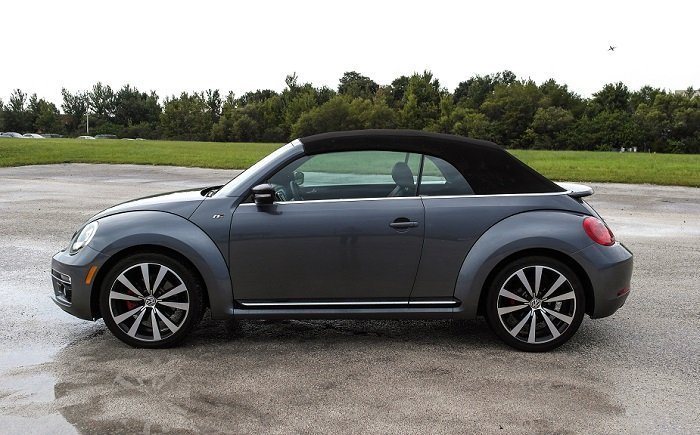 The 2-liter turbo powerplant is a big reason the R-Line ‘vert is actually somewhat fun to drive. It makes smooth, easy torque everywhere on the tachometer and is tractable from very low revs in a way most competitive turbo mills simply aren’t. The six-speed DSG is quick-witted and crisp here, as it is elsewhere VW’s portfolio, although the slur of clutch slip you find when taking off from a stop in automatic mode does take some acclimation if you’re used to a traditional torque converter. Rest assured, it’s normal. 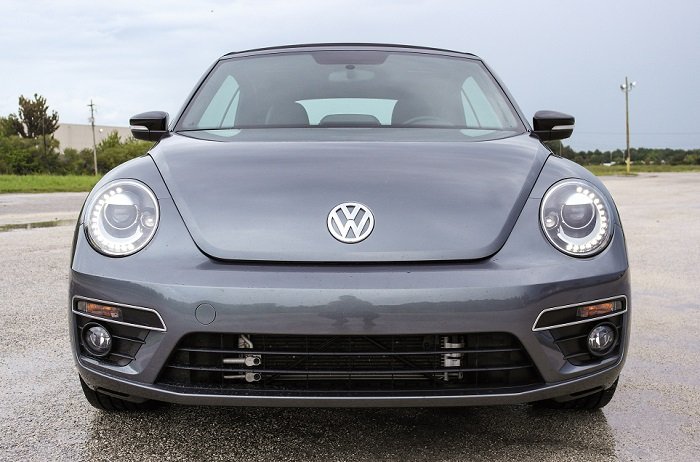 The R-Line rides pretty well, especially considering its larger wheels and rubber band tires, though the added stiffness of the R-Line’s suspension over regular Beetles makes itself known over railroad crossings and large bumps in a mild scuttle reverberation. Compared to convertibles of yore, however, it’s nothing to heap disdain upon. Furthermore, the power fabric top is one-touch simple to raise or lower and is well-insulated against the din of rush hour commuting. 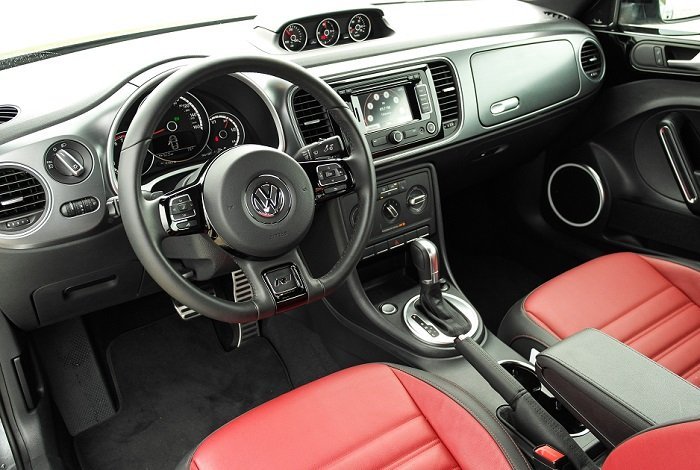 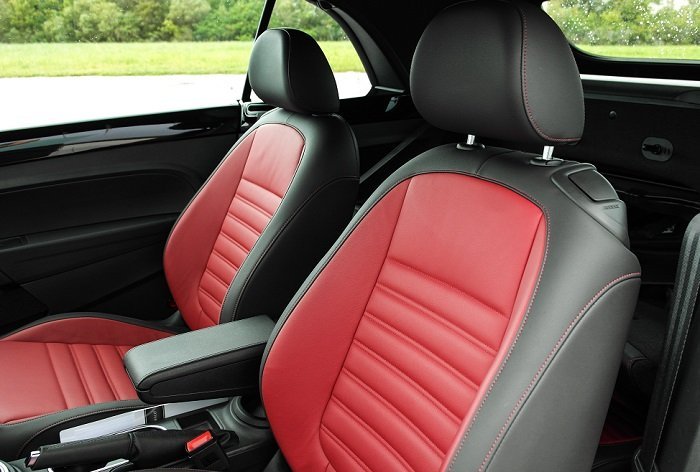 The cutesy styling motif inside and out certainly won’t be to every driver’s tastes, but at least VW has done a passable job of giving this latest model a slight hint of machismo compared to the previous sorority-house special. The fenders and side sills show off a wider and lower visual profile, and the R-Line’s 19-inch wheels are tastefully styled. 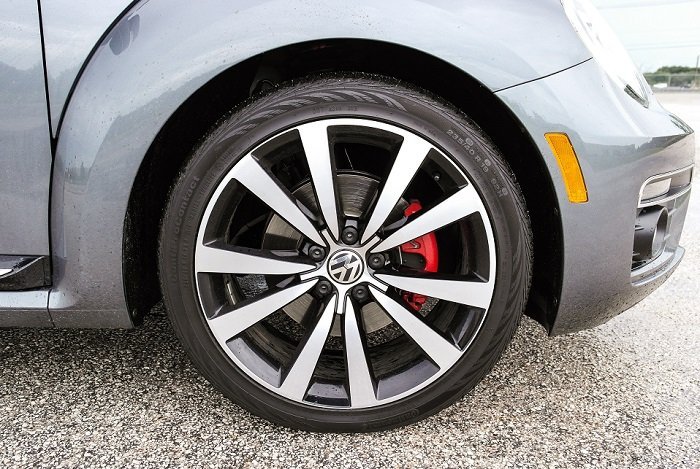 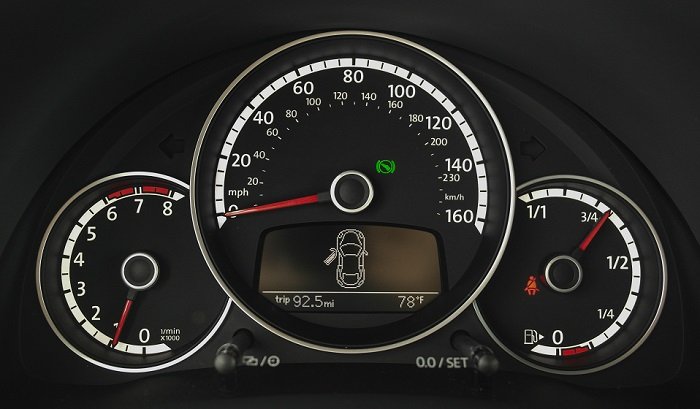 The aforementioned styling won’t please everyone, nor will the overly complicated and obfuscating infotainment system. The small-ish screen can be difficult to navigate, with some functional adjustments you’d expect to find in the system hidden instead in the menu within the gauge cluster.

Finally, you’ll really need to love the Beetle to justify the $37,000 outlay required of our loaded R-Line tester. Granted, this is the peak of all Beetle pricing, but it’s tough not to think about the well-equipped Camaro or Mustang convertible that money would also buy. 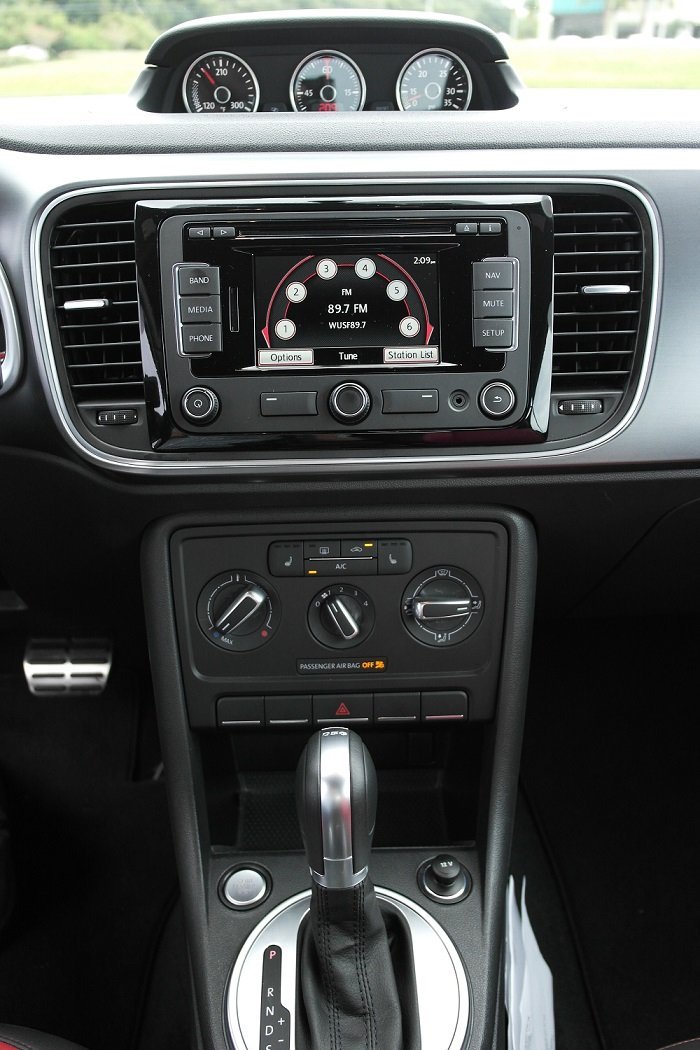 Volkswagen’s own GTI is a more focused driver’s car, and the Golf that forms its basis is more practical, but with no convertible version of either in the lineup, this R-Line makes a decent enough compromise between performance and charm for those with a Beetle-shaped empty spot in their heart. 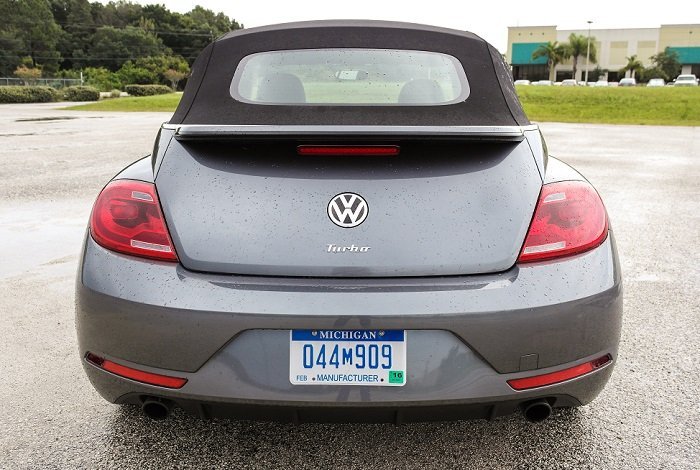