Introduced for 2011, the current-gen 6 is BMW’s largest, most sumptuous and most expensive convertible, and to keep it relevant against rivals, it was recently given a nip and tuck treatment for 2016. I recently spent a week with the big BeeEm to see what’s what. 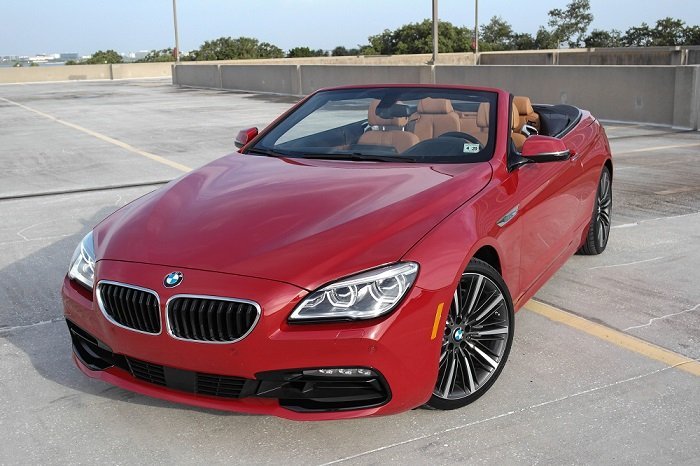 Though not immediately apparent to the naked eye, subtle revisions to the front and rear fascias, interior trim and option packaging combine to form the 6-series’ “LCI” – that’s lifecycle impulse in BMW speak, aka mid-life update to the rest of us. Minor changes up front to the kidney grilles, lower bumper and foglights complement now-standard adaptive LED headlights. Our tester’s 20-inch wheel design and Melbourne Red paint hue are also new additions to the option list. 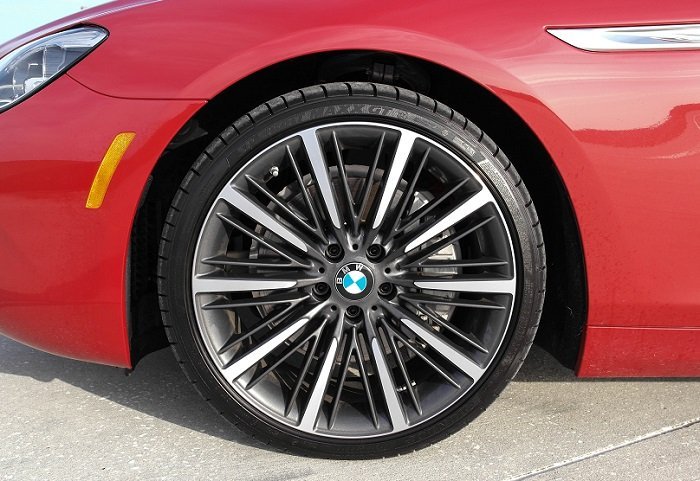 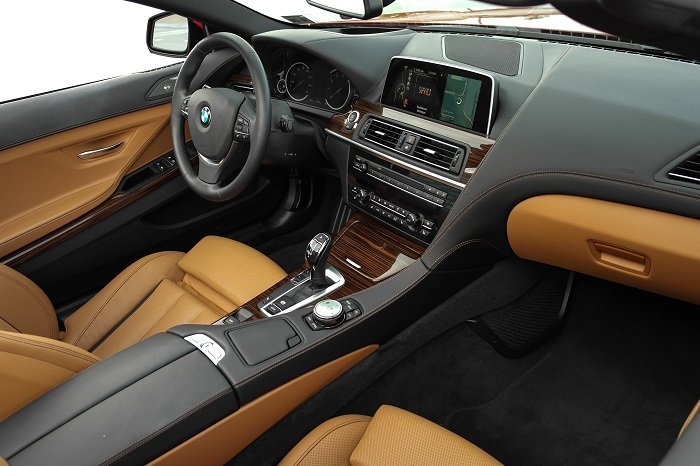 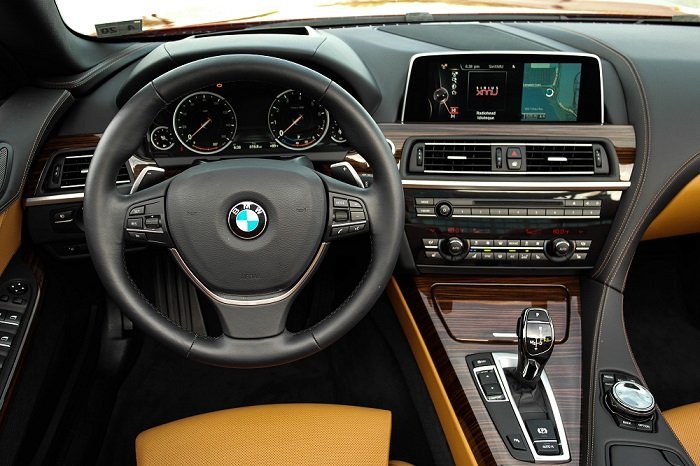 Under the skin, the 650i seen here is much the same car as it was when it was unveiled. Offered in rear- (as in our car) or all-wheel drive, the -50i suffix denotes a 4.4-liter V8 with two turbochargers nestled in the engine’s V. The addition of Valvetronic variable valve timing in 2013 bumped horsepower and torque up to their current levels of 445 and 480, respectively. A more highly tuned variant of this powerplant can be found in the M6, while lower down in the line-up, a turbocharged straight-six powers the 640i – which I also drove in convertible form some time ago. 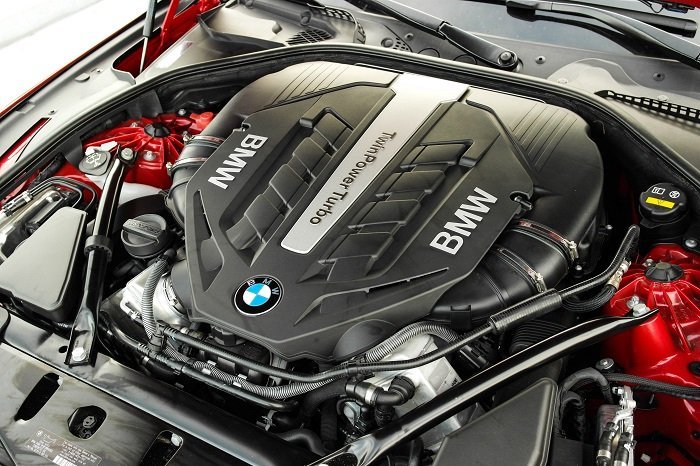 That creamy V8 doles out all the power and low-end torque you could ever want, all while emitting a sonorous grumble as the gearbox shuffles through eight forward speeds. The N63 powerplant, as it’s known, feels so completely unfazed that it leaves you wondering why BMW hasn’t turned up the wick even further – although 445 horsepower is nothing to scoff at, it’s clear the engine could handle more. But then, there has to be a reason for the M6 to exist, so there you go. Either way, the powertrain is an absolute peach, and in Sport or Sport+ mode, shifts are executed with whip-crack speed and an exhaust bark to match. Dropping the roof only adds to the theater of the thing. 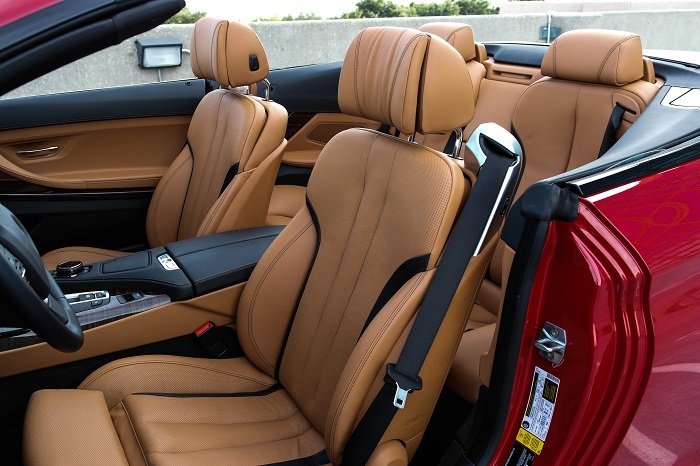 The wrap-around cockpit also feels worth every penny of this 650i’s six-figure price tag, with contrast-stitched Nappa leather, “fineline” wood, piano black trim and high-resolution screens covering every last square inch of the 650i’s cabin. The little interior updates BMW has made to this car have worked, because the cabin feels every inch a fresh, attractive place to spend time in – and it’s extremely comfortable, to boot. The lined soft-top does an admirable job of blocking out road noise, so much so that it might be reasonable to expect more of these to show up on future BMW convertibles, bucking the recent trend of retractable-hard-topping all the things. Soft tops also have the added benefit of reducing weight. 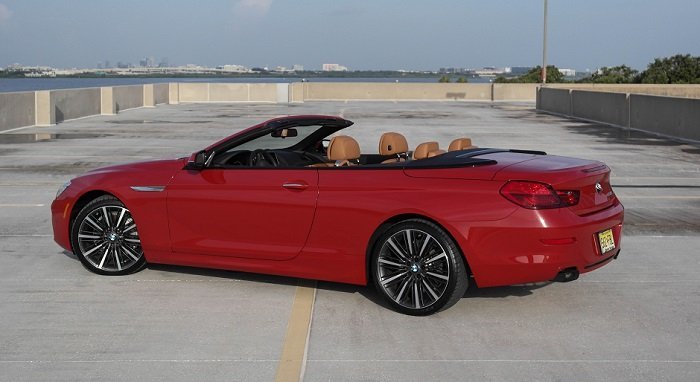 The 650i delivers on its promised mission of sybaritic comfort and isolation while also providing high style. It’s no sports car, tipping the scales to the tune of nearly two and a quarter tons, but it’s a BMW through and through, and as a result it’s no slouch in the handling department. Cornering attitudes remain relatively flat but the ride stays perfectly unfettered over cracked pavement. The windshield scuttle also manages to feel solidly located despite the gaping hole presented by the removal of a metal roof. 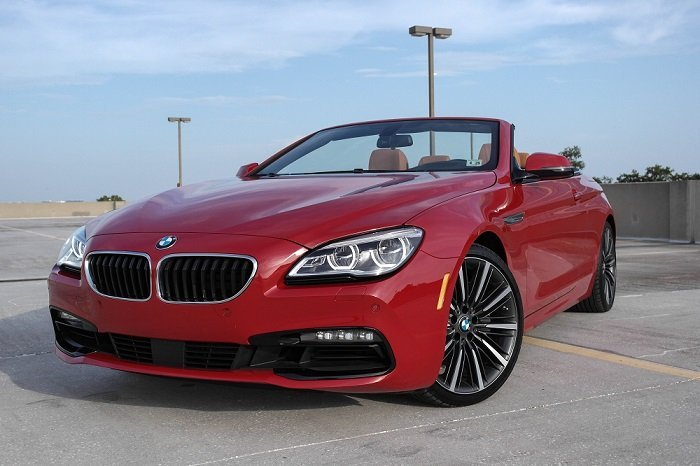 We found very little to dislike about the 650i. While it’s not exactly the new kid on the block anymore, the aforementioned refresh items have upped the current car’s competitiveness immensely. The fact that they bring the attention back to a platform that was already a delight to drive is just icing on the cake.