This Renegade, a plucky little toaster of a vehicle that’s probably been more divisive to hardcore Jeep enthusiasts than any new model the company has introduced short of the Compass, has been on my radar for “must-drives” this year. That isn’t because it’s composed of especially compelling parts – in some ways, I’ve already driven the Renegade a few times over. The Fiat 500X I sampled over the summer shares its underpinnings with the Renegade, as well as its powertrains. And in the case of this Latitude model, the hotter Abarth version of the Fiat 500 donates its 1.4-liter turbo and six-speed manual. Why, then, was I so compelled to drive the new Jeeplet? 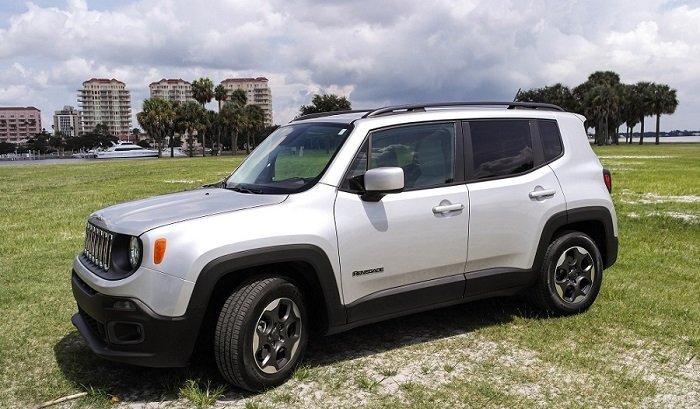 It could be because, though it’s just one small fish in a giant new school of subcompact crossovers (see here, here and here for proof of this trend – and I’ve barely scratched the surface), the Renegade sets itself apart from the fray in four crucial areas. 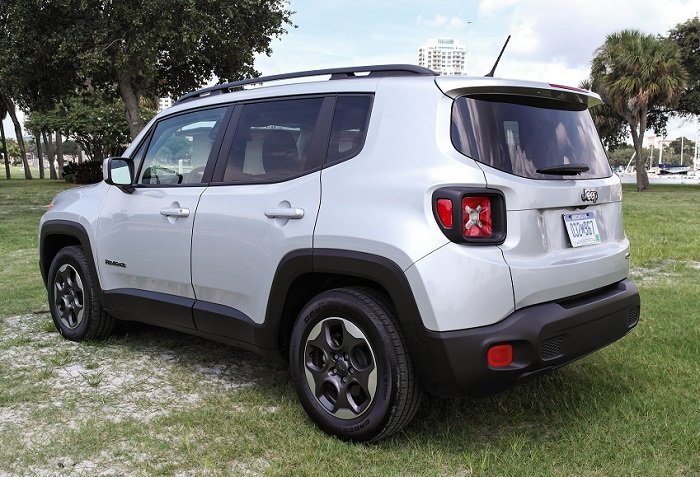 The most successful progenitor of the subcompact crossover genre – the Kia Soul – traded on its size and quirky shape to earn a place in buyers’ hearts before its value proposition cemented a place in their minds. The Renegade takes the Soul’s love of cubism and amplifies it – this Jeep really does look like the box it was shipped in. The proportions work, though – any larger and it might risk the awkwardness of another famously boxy Jeep, the short-lived Commander. And while the current Cherokee and Grand Cherokee designs are about as curvaceous as those nameplates have ever been, the sharp-edged Renegade instead plays on the rugged utilitarian appeal of the Wrangler. 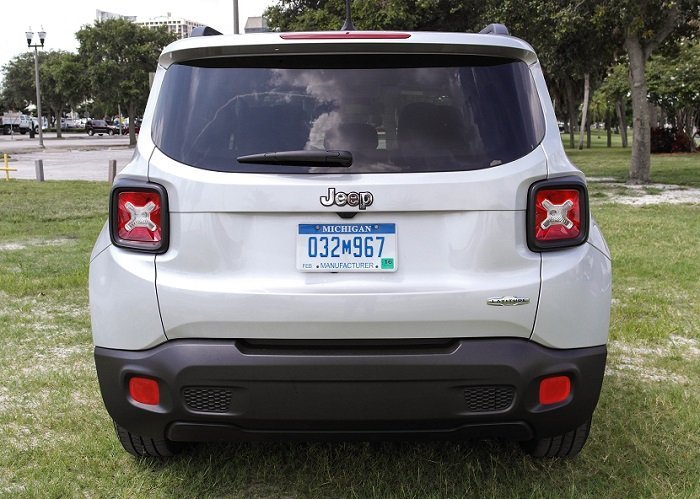 Besides its blocky, bulldoggish stance, the Renegade’s designers had a field day burying stylistic Easter eggs in various places. Familiar “X” shapes form the headlights and taillights, while miniature Willys MBs crawl across the tinted band of the windshield. Splattered red “mud” forms the redline area of the tachometer. Taken individually, any one of these cues might seem gimmicky, but when you see the lengths the designers went to in order to integrate these heritage touches, it actually becomes somewhat endearing. 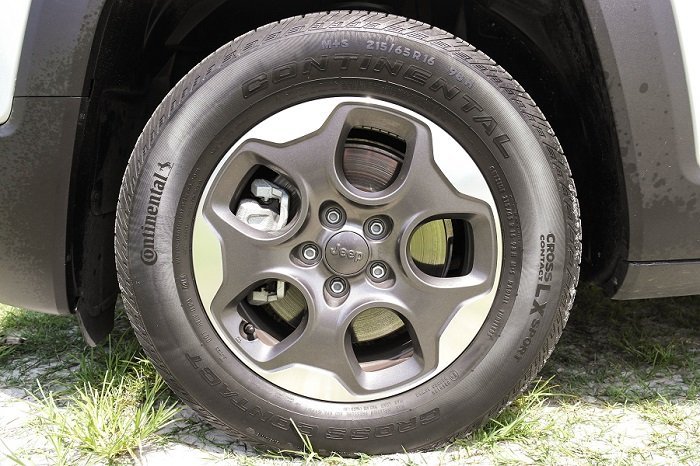 Packaging and styling are two distinct theories; and yet, in the Renegade’s case, they’re closely linked. You see, the factors that lend it a boxy-chic shape also lend it extraordinary interior space for its footprint. It’s not tough to figure out why, but it’s surprising because this is a trick the Japanese and Koreans have been pulling off for some time – and now it’s Jeep doing the one-upping. 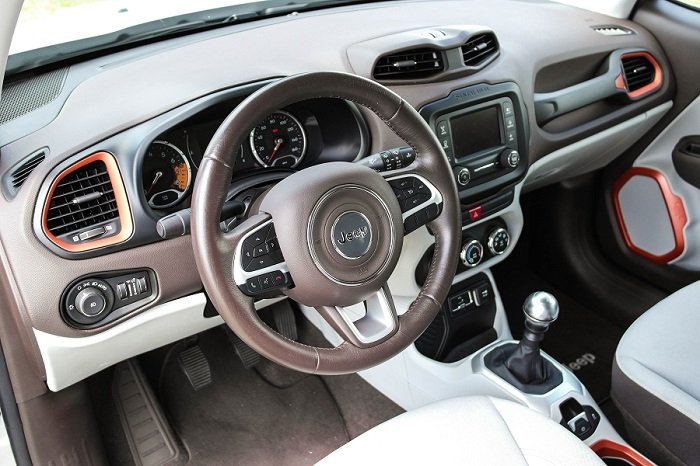 Interior space, particularly headroom and shoulder space, is more than decent. Back seat legroom suffers a bit with the front seats all the way back, but there isn’t a vehicle in this segment that doesn’t meet the same fate, and the Renegade’s back seat is better than most of them. There’s honest cargo room behind the back seats, as well. 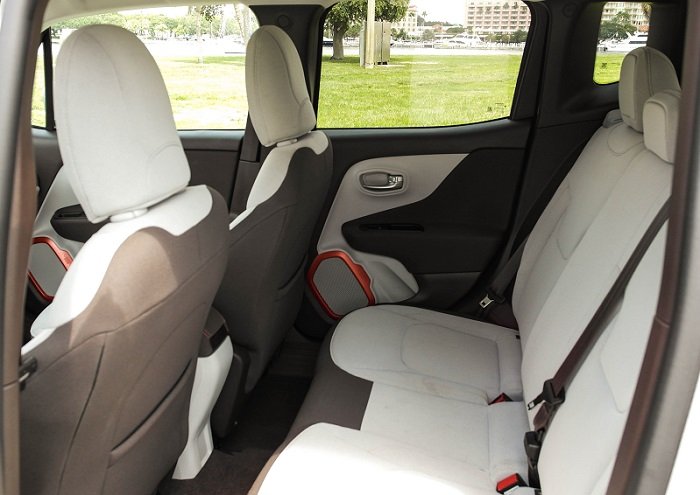 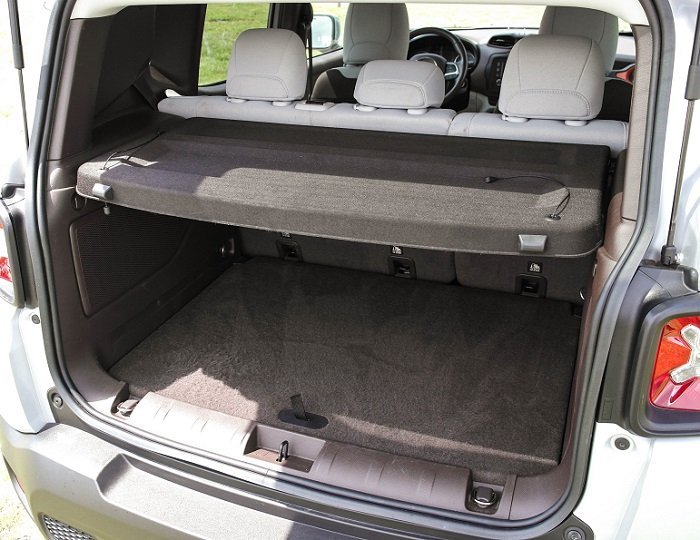 The Renegade will make fast friends with many simply due to the fact that it’s available with a manual gearbox; a snappy six-speed at that, with a light clutch and smooth, relatively short shift throws. It’s available solely with the 1.4-liter MultiAir turbocharged four cylinder that puts out 160 horsepower and 184 lb-ft; the other engine option is the 2.4-liter TigerShark, which brings 20 more horsepower but less torque (175 lb-ft), and is only available with a nine-speed automatic. We’ve tried this combo in the Cherokee and came away underwhelmed, though it may be better in the smaller Renegade. Still, if you’re able to row your own, definitely go for the six-speed/turbocharged combo. While it won’t win any street races, the low-end torque swell from the turbo does at least allow you to scoot away from traffic lights with diesel-like alacrity. 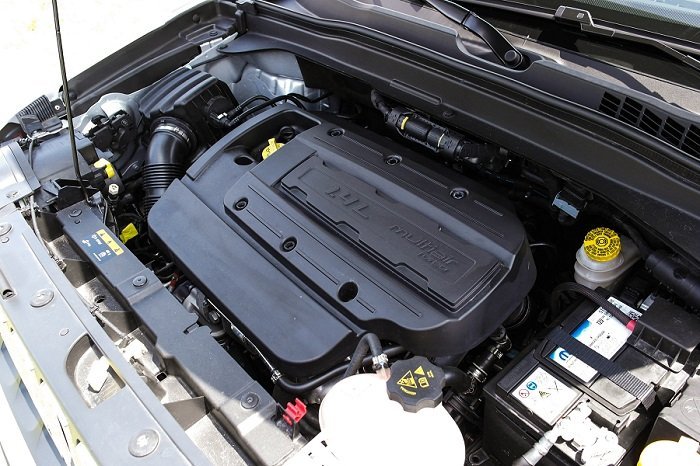 The Renegade may cast a small shadow, but it’s not light, weighing in at a touch over 3,000 pounds on the light end (a 1.4T 4×2 like ours weighs 3,044 lbs) to more than 3,500 for a fully loaded Trailhawk 4×4. Paired with a small engine, you’d expect that poundage to return pretty lousy fuel economy figures when driven spiritedly, but I managed a combined 30 MPG out of the thing during a week of mixed driving. That’s mighty impressive. And the upside to that weight is a decidedly substantial feel going down the road, at least compared with other crossovers of its ilk. It’s not easily disturbed by crosswinds or the wakes of 18-wheelers, and there’s enough sound deadening on board to keep you sane at highway speeds.

Perceived value is a very different proposition than real value, and a loaded $32,000 Renegade requires from its buyer a different set of governing economic principles than does this $22,365 tester. That’s not to say that $32,000 doesn’t buy you a better-equipped Renegade than $22,000; simply that, at the higher price level, we might be forced into looking at vehicles a size- and comfort-level up from the twee Jeep. 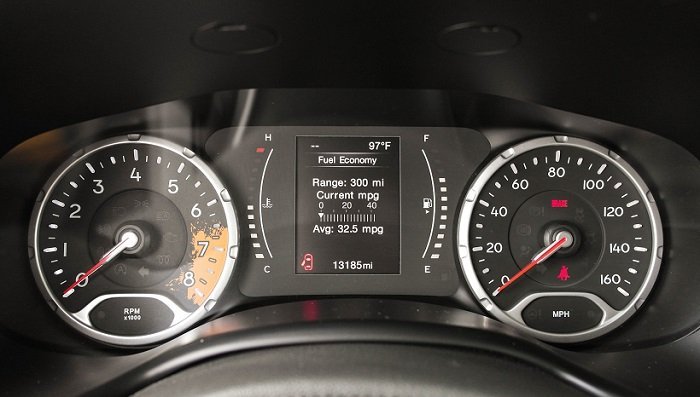 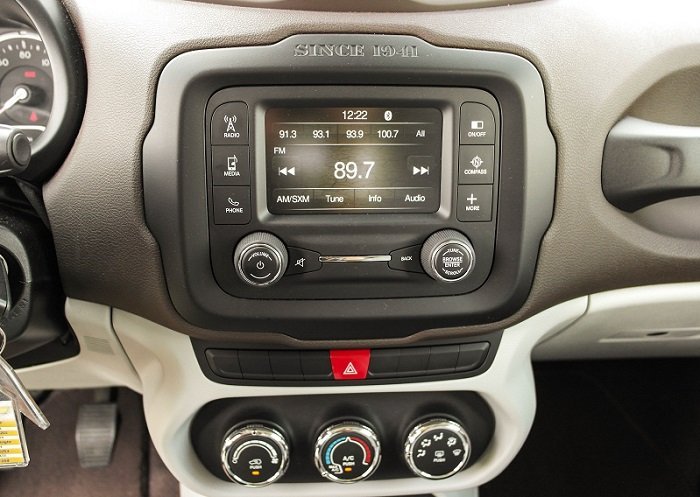 For a tick over $22 grand, though, my Renegade felt like a bargain. Granted, it’s got the lowest-fi touchscreen known to man, and its seats were covered in old fashioned cloth as opposed to pleather or tex or whatever the cool kids are calling vinyl these days, but guess what – I like it this way. All the stuff you truly “need” – power everything, Bluetooth with audio streaming and a backup camera – and none of the costly frills. Compared to the mainstream, mid-level compact sedan or hatch the same money would buy you at another dealership, the Renegade feels incredibly interesting and unique – which is precisely what would-be owners are looking for at this price point. I’m sure Jeep will sell plenty of them. 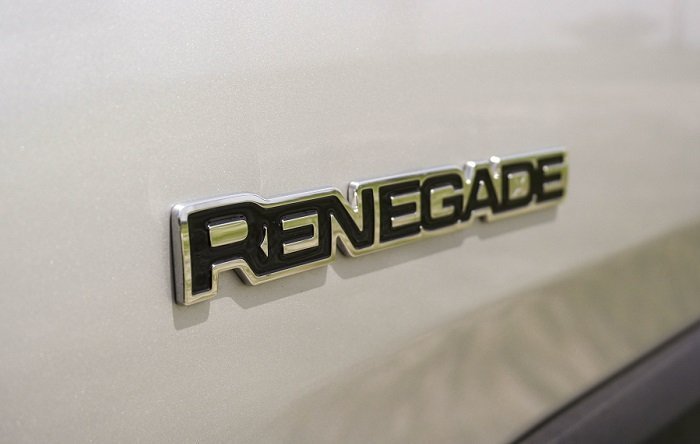