Lincoln’s caught a lot of flack from the press lately for padding its product offering with what are basically gussied-up mainstream Ford products. The aspirational “premium” brands that Lincoln is gunning hard for also do this, but those vehicles are usually offset with some higher-end niche platforms. Take this MKC, introduced for 2015 – it’s well-proportioned and wears perhaps the best execution yet of Lincoln’s waterfall grille treatment yet. Under the skin, though, it’s little more than a Ford Escape – a crossover near the head of its class, albeit a class that starts about $15 – 20 grand cheaper. We like the Escape – but does the MKC have what it takes to charge up to $50k for its mainstream bones? 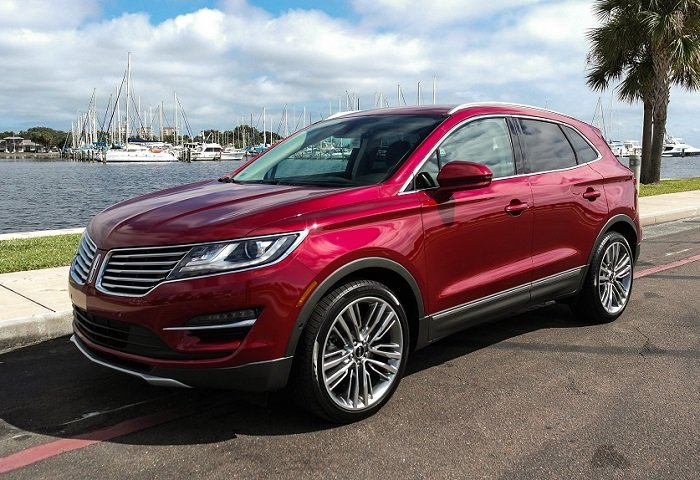 Though it’s based on the Escape, the MKC comes from good stock – the Ford happens to be one of the best-driving crossovers in its class. Theoretically, taking its little brother’s proven underpinnings and adding a bit more lux to the experience should work wonders. Within a few hundred feet of first setting off in the MKC, things are already looking up. The MKC’s added power over the Escape is palpable within seconds – the Lincoln comes standard with the largest EcoBoost four-cylinder available in the Ford, a 2.0-liter turbocharged unit making 240 horsepower, but our tester was equipped with the brawnier 2.3-liter making 285 horses and a meaty 305 lb-ft of torque peaking at just 2,750 rpm. What’s more, the 2.3-liter is a reasonable $1,140 upgrade and comes standard with all-wheel drive. The fact that it still runs on regular and gets virtually the same fuel economy as the smaller four-banger (the city figure drops by 1 MPG to 18) further cements the case for the 2.3. 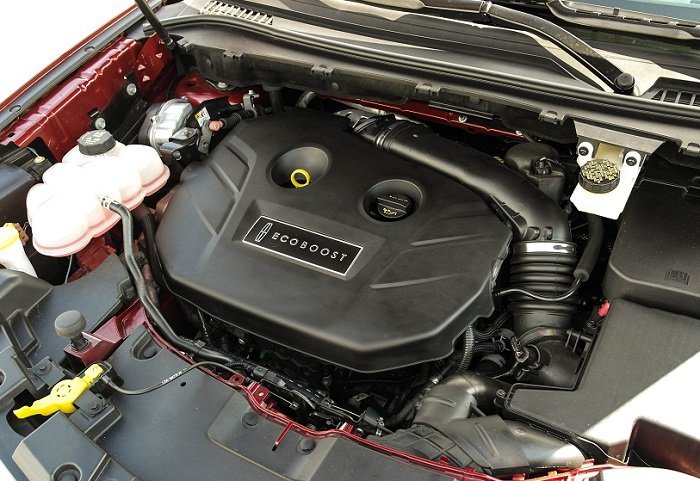 The 2.3 pulls smoothly from low RPMs up through the rev range, but the low-end torque swell means you can toe into the throttle and receive meaningful forward progress with little effort – there’s almost no reason to wring it out beyond 5,000 RPM to move through even fast-paced traffic. The EcoBoost receives only one minor demerit against its otherwise likable character – a somewhat plebian, distinctly four-cylinder soundtrack. A six-speed automatic adeptly handles shift duties with either powertrain, though the standard-issue paddles are somewhat slow to react and full-bore upshifts occur without the level of sharpness we’ve come to expect from the ubiquitous ZF 8-speed available elsewhere in the near-luxury crossover space. Ford’s auto-box must be efficient, though – we squeezed 22 combined MPG out of the EcoBoost despite numerous boost-induced trips through the rev range. The MKC is surprisingly adept at squirting through gaps in traffic. 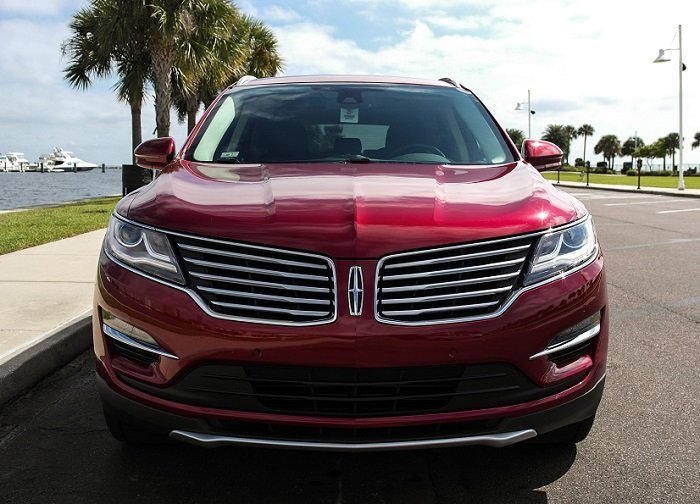 If the powertrain improves noticeably upon the experience provided by the MKC’s Ford sister, the handling and ride differ less so. That’s less of a problem than it sounds, because the Escape is already my favorite handler in the mid-size crossover space. The Lincoln carries that torch forward with a sharp, accurate helm, a progressive brake pedal with zero slack and plenty of stopping power, and a surprisingly buttoned-down ride-and-handling balance. The ride is best described as firm but rarely harsh – 19” wheels as opposed to our tester’s 20s would likely soften big impacts, but even with the dubs, the ride is never unpleasant. To say that the MKC “drives like a sedan” is misleading – it drives like a very well-sorted sedan, just with a higher center of gravity.

The news has been fairly good thus far, and to the MKC’s credit, it does drive as well or better than most of its competitors. Where it has struggled in the eyes of some is in its value proposition – does it represent a meaningful-enough upgrade over the Escape upon which it is based to justify the cash outlay? The MKC certainly apes its import competition when it comes to option pricing; our tester wore no less than $13,375 in upgrades, or more than a quarter of its overall as-tested price.  And while its dynamics wow, the interior doesn’t have much in the way of pizzazz. The push-button transmission drew my ire at first, but I acclimated quickly – the only thing that remained confusing was the starter button’s location atop that stack of transmission options. 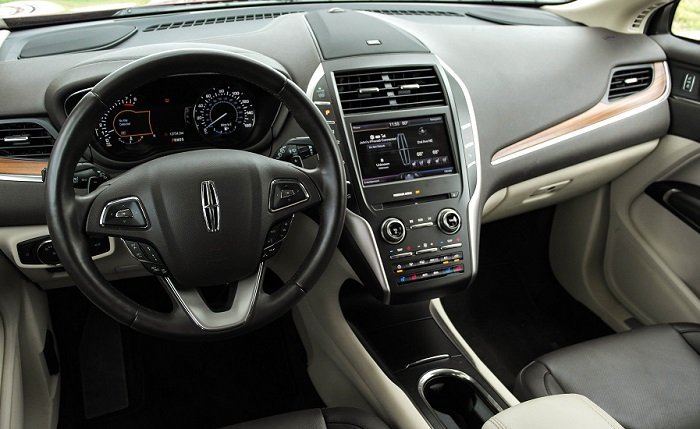 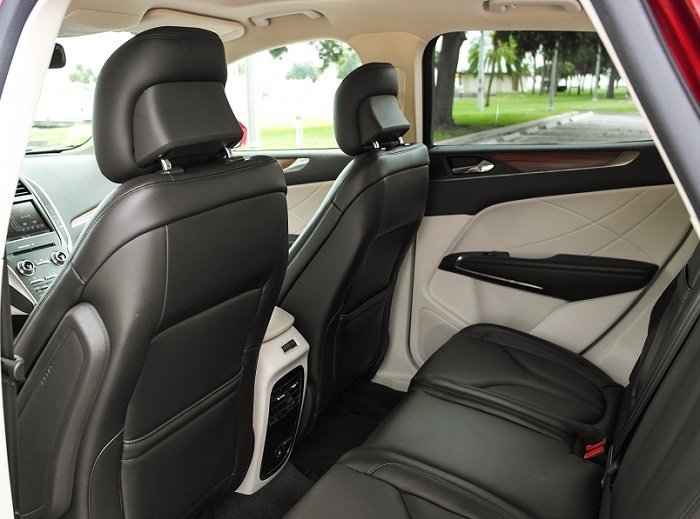 But overall, I think the MKC makes a convincing case for itself; perhaps not for someone who “needs” the prestige of a badge from one of the German big three, but for a Lexus, Acura or Volvo defector, the MKC is a viable alternative. The interior isn’t outwardly flashy in terms of amenities or material quality, but it’s pleasantly designed, comfortable and bears little to no resemblance to its cheaper Ford platform mate; only the infotainment screen layouts look familiar. Feature content is also quite strong; although our option tally rang up the register, we weren’t left wanting for creature comforts. From a tech perspective alone, active parking assistance, adaptive cruise control, forward collision warning, lane keep assist, blind spot monitoring with cross traffic alerts, and a hands-free liftgate were all present and accounted for. 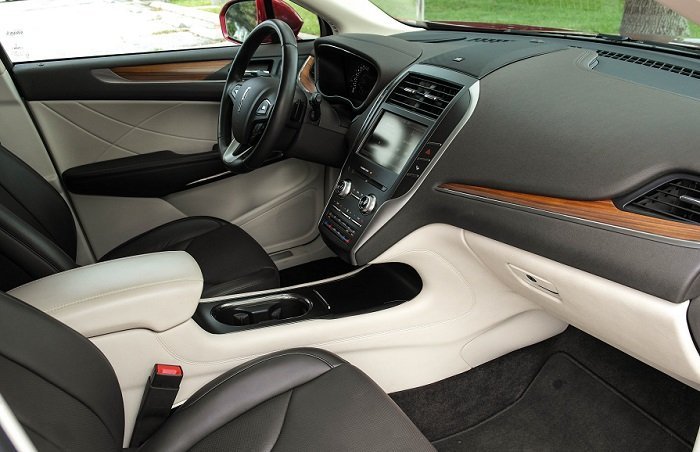 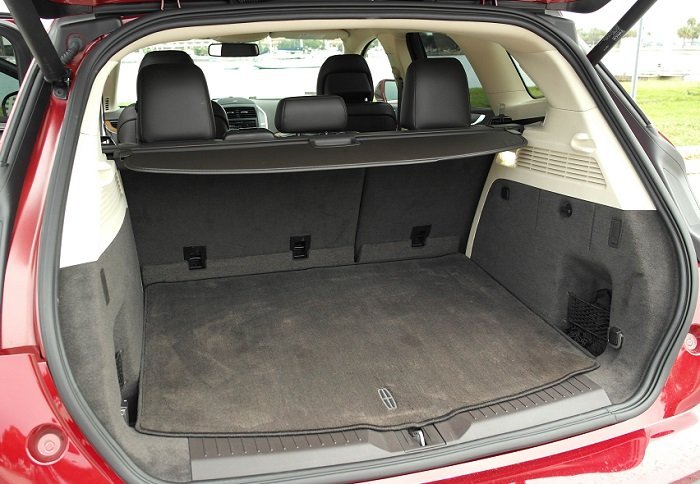 Though it faces stiff competition, the MKC represents a truly compelling alternative to the RDX, XC60 and Lexus RX. While Lincoln as a brand might not stand out against the lease juggernauts of Audi, BMW and Mercedes-Benz, buyers who simply want a good-driving, good-looking crossover may be swayed by Lincoln’s offering here. 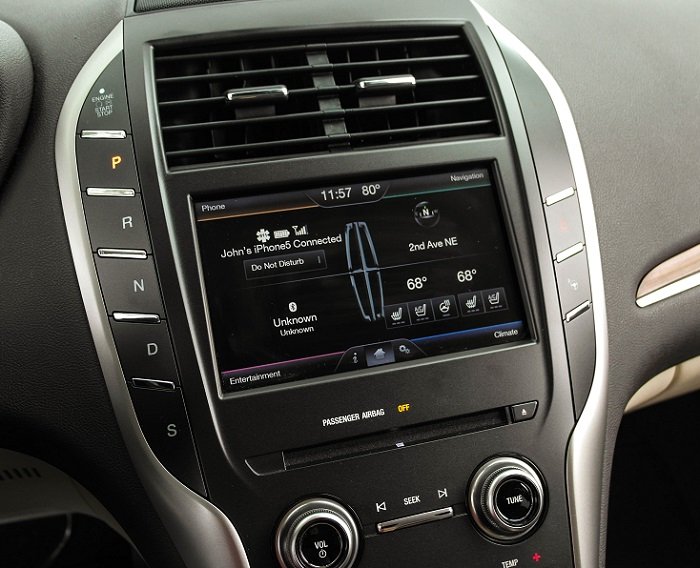