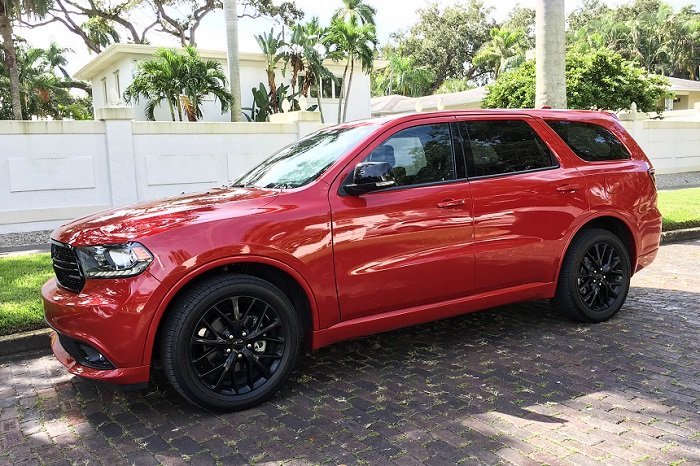 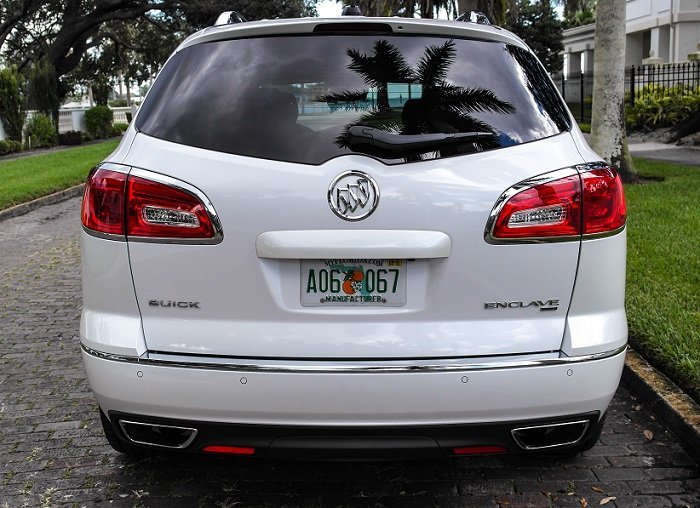 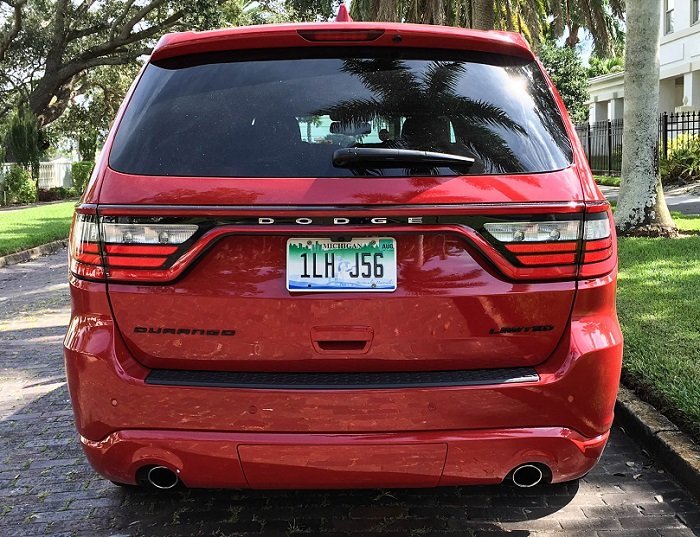 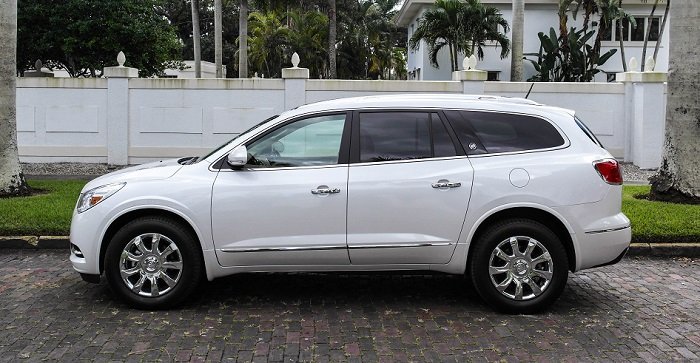 The fact that despite a shelf life of nearly ten model years, the Enclave (and its Lambda sisters) continues to sell is surely attributable to some quality. On the surface, you’d surely think the buying public would have moved on to newer models by now. 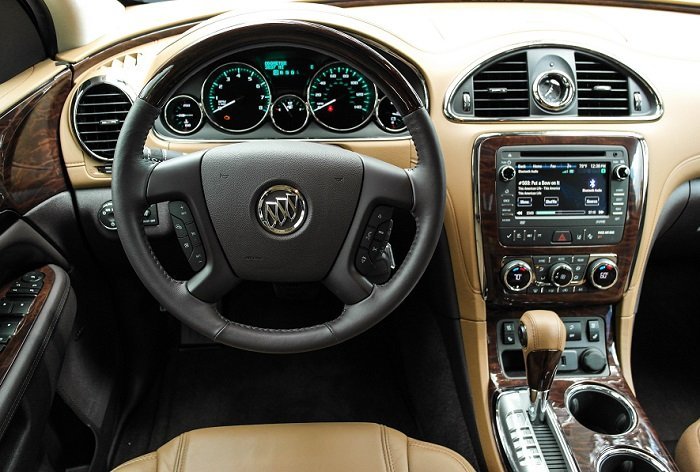 But believe it or not, the Enclave still has a lot going for it. Its shape, while familiar, is nevertheless attractive and Buick’s generous helpings of chrome brightwork help lift the image over its GMC and Chevy sisters. Inside, the story is much the same, with a simple layout augmented by lashings of plastichrome and woodgrain. It’s a comfortable and quiet place to be, if a bit less contemporary than its competitors. At least the build quality and materials on offer don’t do anything to betray the interior’s age. 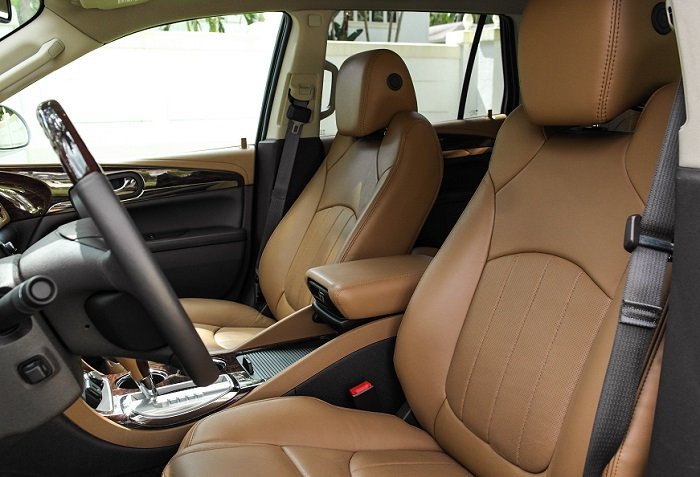 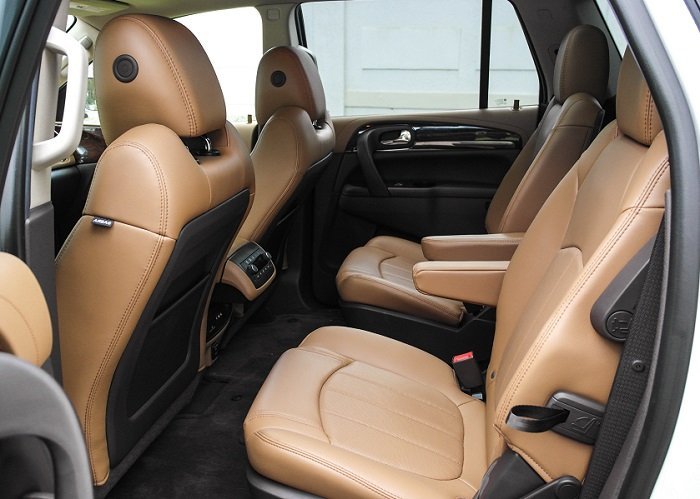 Under the skin, a direct-injected 3.6-liter V6 provides thrust and is mated to a six-speed automatic. In a world of 8- and 9-speed automatics, the 6-speed would appear to have a couple cogs too few. In isolation, it’s transparent in operation and shifts are quick enough, but when compared to the Durango, you notice how that truck’s V6 seems just a little bit more eager (even though their on-paper stats approach parity) and returns slightly better fuel economy. It’s highly likely that the next-gen Enclave will feature an updated version of GM’s DOHC V6 with more power and torque, as well as better efficiency; a rumored new 9-speed automatic may also bow in the Enclave, which would definitely up the mileage ante. The current setup serves its purpose, though, and I never felt like the Enclave was too light on power. 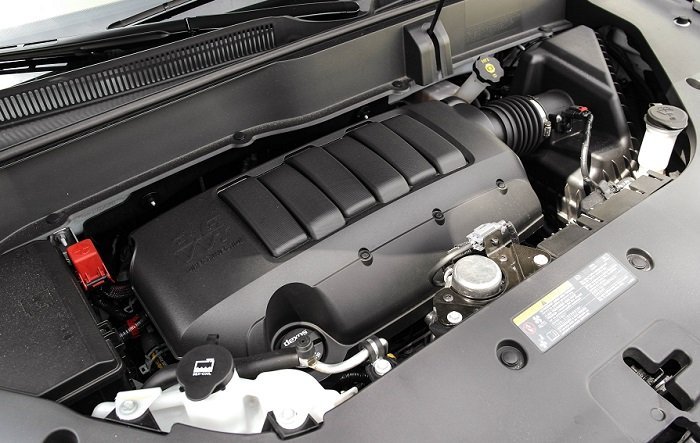 Whereas its powertrain and styling toe the line, the Enclave’s real trump card is practicality. The third row is genuinely usable by human adults, a rarity in anything besides minivans and Suburbans. The thrones up front and in the middle row are equally comfy, and behind the rear seats, there’s honest storage capacity. With the last row stored, cargo space abounds. 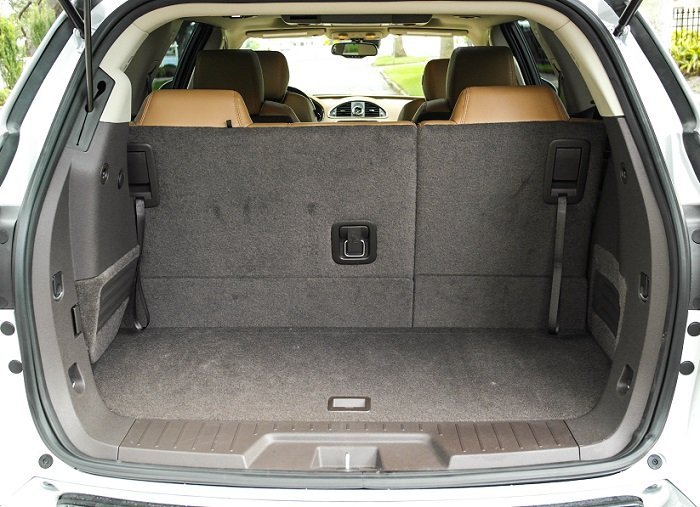 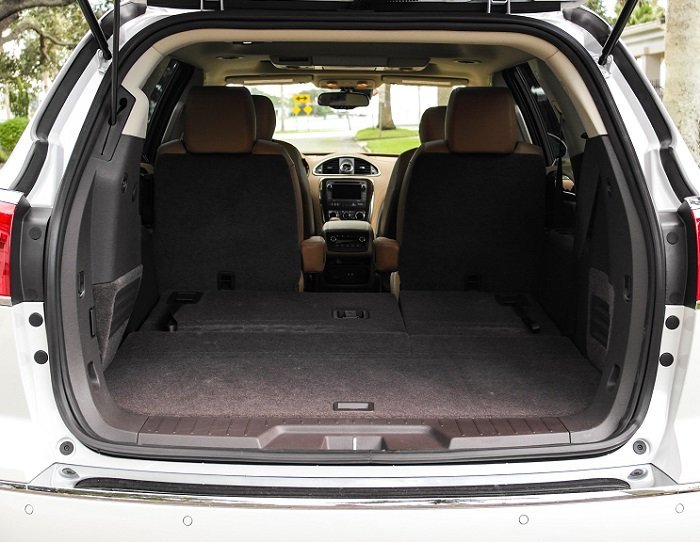 Though the Buick ostensibly competes in a class up from the Durango, the added luxuries on board help justify the additional outlay in sticker price required to make the jump up from the Dodge. In its ninth model year, it’s not hard to see what has made the Enclave such a sales success, nor why Buick has decided to keep it on showroom floors in its current form. It’ll be interesting to see how the next generation improves upon the current car’s strengths while addressing some weaknesses, but in the meantime, buyers certainly won’t feel short-changed by the 2016 model’s offerings. Its combination of luxury outfittings and outstanding interior room are tough to beat, although for those who value personality and driving dynamics above those two traits, a better option exists…

The Durango made a good impression in 2013 when I first reviewed it. It’s still a bit of a standout in this class, based on the fact that it’s a rear-wheel drive platform in a front- (or all-) wheel drive world. That lends it a particular solidity in its movements out on the road, a trait shared with its Grand Cherokee platform mate and the various Mercedes-Benz SUVs that share some common ancestral roots with the Fiat-Chrysler twins. 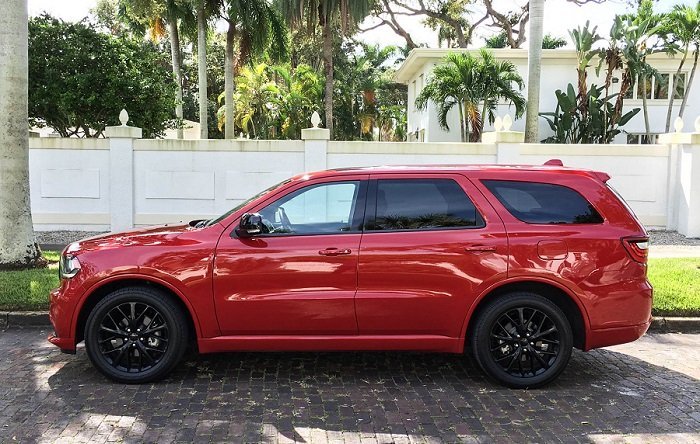 That solidity comes across as a ride and handling balance that feels better-resolved than the tall-sedan Enclave’s. Sure, the Buick is a tad quieter over the road, but otherwise it’s the Durango that feels like it has the more expensive underpinnings. The steering, although slow, has decent road feel and stays quiver-free over rough pavement, and body and suspension in general feel like one cohesive unit rather than a bunch of bodged-together parts. 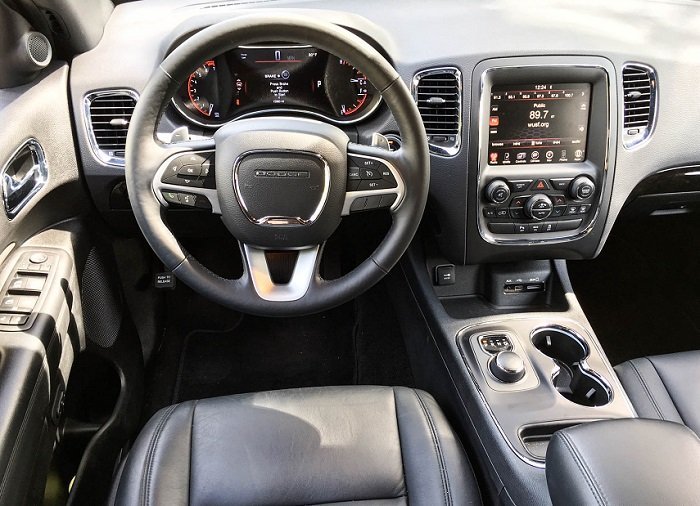 The Pentastar V6 makes its presence known a bit more vocally than the V6 in the Enclave, but thanks to the two extra ratios in its gearbox, it provides a bit more thrust and was simultaneously able to eke out a couple more MPG. Neither of these crossovers exhibits what you would call scintillating performance, but they’re flexible enough to feel more than adequate around town. If you’re so inclined, the Durango also offers a HEMI V8 option (bringing 70 more ponies and 130 lb-ft to the party) and that would definitely be our pick – though the V6 performs well enough for those less concerned about power figures. 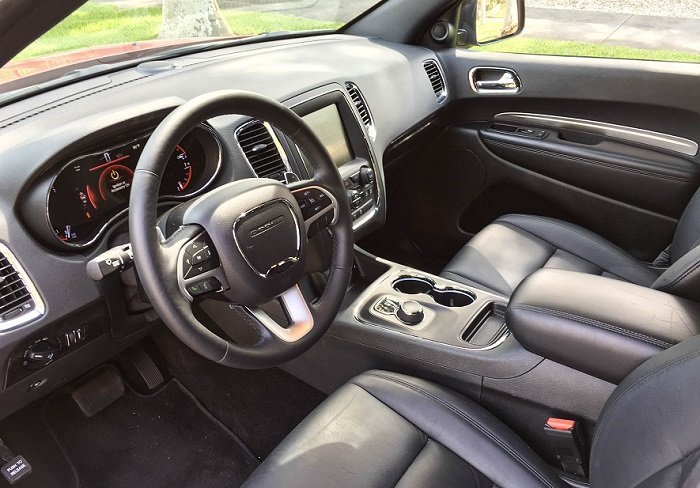 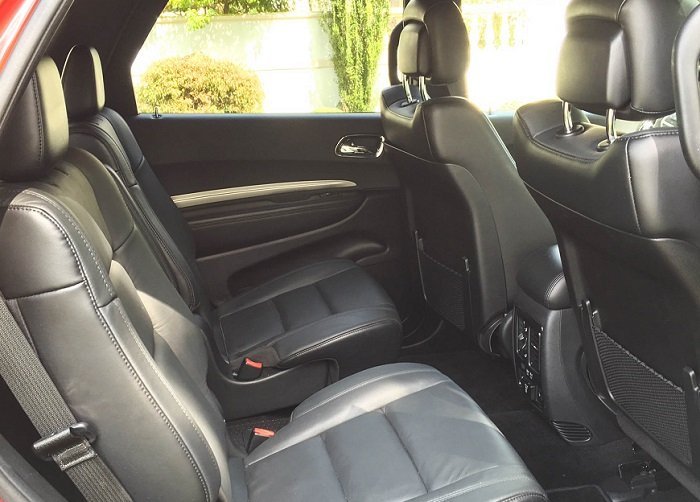 Inside, the Durango gives back some of the extra credit earned by its RWD mechanicals. Our mid-level Limited tester came with a coal-bin black interior that couldn’t match the Buick on materials or style, but then again, the loaded Buick carried an extra $11 grand in sticker price, so it’s unfair to fault the Dodge for being less decked-out. In the “plus” column, the uConnect 8.4 system remains one of our favorite touchscreen systems for ease of use and content, even as other manufacturers have caught up in the years since its introduction. Frankly, it blows away the system in the Buick.

The Durango must also concede some of its lead in the dynamic arena to the Buick’s greater practicality, which is important in this class: the Enclave simply has vast cargo and passenger space. Although its rear-wheel drive architecture lends it better driving dynamics, it does little to improve the Durango’s interior volume, and as a result the massive Buick is a slightly better option for those who will frequently haul more than four passengers.

These old guards of the crossover set put in remarkably good showings considering their age; sure, the Durango looks like a relative newcomer against the Buick’s tenure on the market, but with several newer players from other brands, it’s remarkable how fresh it still feels. The Durango’s 2014 interior and fascia refresh went a long way to furthering its shelf life. The Buick still impresses, particularly in feature content, interior quality and passenger space, but the Durango is more engaging and far sportier. For someone like myself who isn’t willing to trade a bit of attitude for the utmost in practicality, the Dodge is a good compromise. 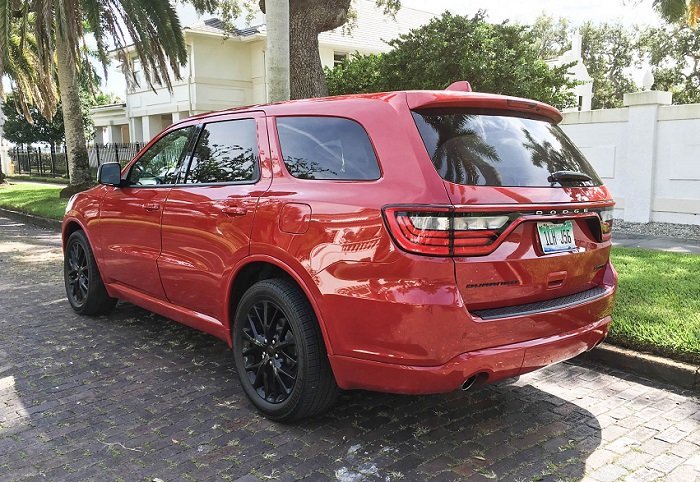 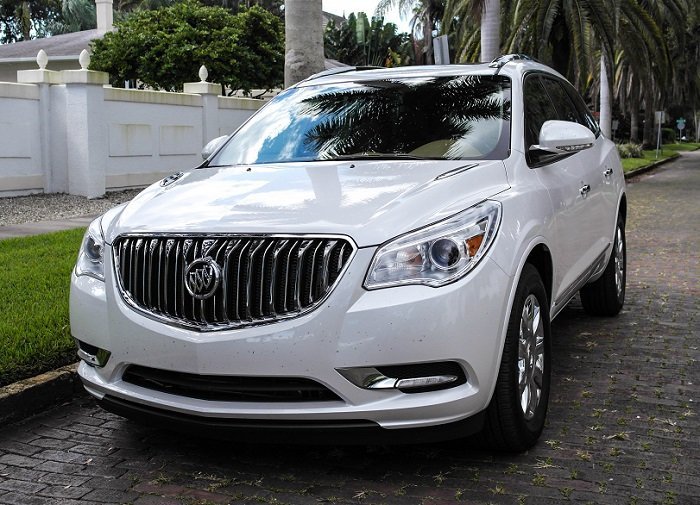