Imagine my surprise recently when the Focus that showed up at my doorstep, rather than the attention-grabbing ST or RS hatches, appeared to be but a lowly SE sedan in battleship gray. This one had a unique trick up its sleeve, however, in the form of an offbeat turbo three-cylinder and six-speed manual transmission powertrain combo. 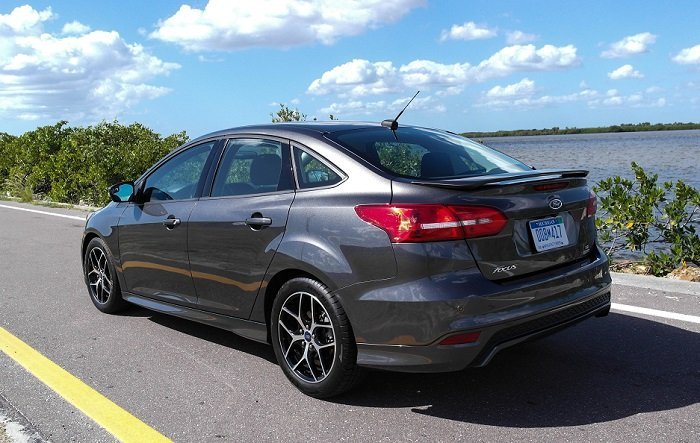 Among mainstream carmakers, Ford’s been at the forefront of using turbocharging and displacement downsizing to ratchet up fuel economy figures. They’ve also done a great job of positioning these pint-sized, puffed-up engines as options that are worth paying a premium for. To wit: the turbocharged 3.5-liter V6 in the F-150 costs more than the traditional 5.0-liter V8, but promises higher fuel economy and towing capacity in return. It’s also got more torque, at lower RPM, than the Coyote V8 can muster. 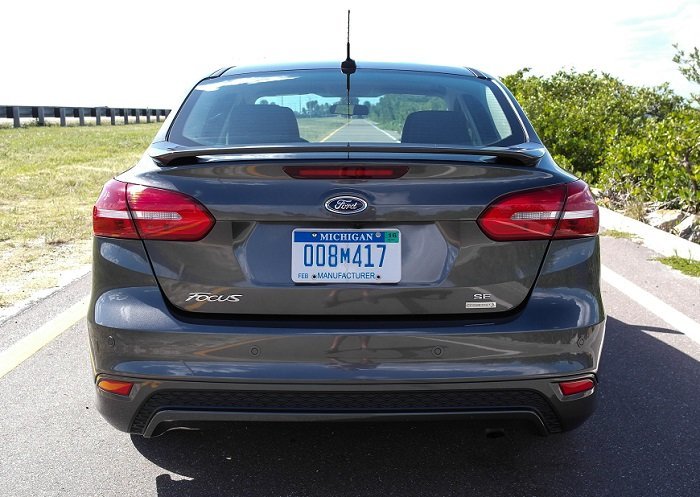 Similarly, the miniscule 1.0-liter EcoBoost 3-cylinder that is newly optional in the Focus and Fiesta costs an additional $495 over the base engine. However, unlike the burly Ecoboost in the F-150, the 3-cylinder actually delivers less power and torque than the 2.0-liter four-cylinder unit bolted into the base Focus. At 123 horsepower and 125 lb-ft of torque, the EcoBoost faces a 37 horsepower and 21 lb-ft deficit against its naturally-aspirated alternative. So, what gives? Who wants to pay more money for less oomph? 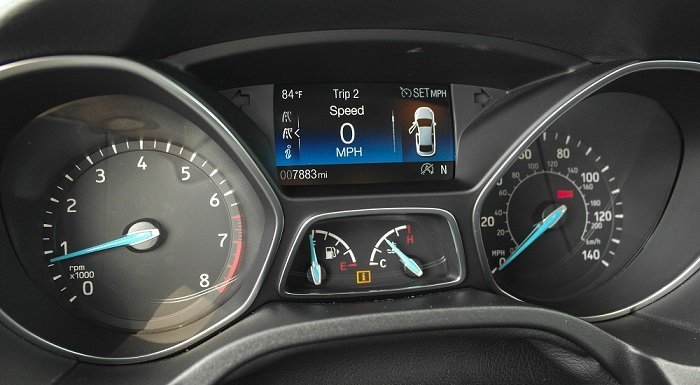 Well, folks concerned with squeezing the most mileage out of each tank, namely. And though gas prices have slumped, it’s not hard to imagine the $495 cost of the EcoBoost upgrade (ours had a more comprehensive equipment group that rang in at $1,495) recouping itself pretty quickly for those that drive a lot. According to the EPA estimates, our manual SE sedan achieves 30 MPG city and 42 highway, for a 35 MPG combined figure, compared with estimates of 26/36/30 for the 4-cylinder model. Assuming an 18,000 mile per year average, the EcoBoost’s extra cost could pay for itself in under three years; if we see $3.50 gas again anytime soon, the three-cylinder would pay for itself in just over a year and a half. For the value-conscious, it’s not difficult to make the numbers pencil out in the turbo’s favor. 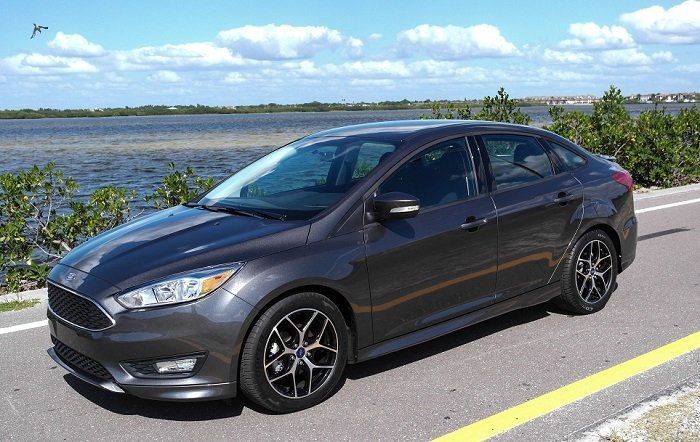 That’s all well and good, you may say, but saving a few bucks at the pump each month isn’t worth a huge sacrifice in drivability. And that’s certainly true. Thing is, the EcoBoost is actually kind of fun – in its own way. The experience will be familiar to anyone who’s rented a car abroad and found that the Golf or Focus they reserved came equipped with a much smaller engine than they were used to in the States. Still, though it’s short on actual displacement, there’s very little lag off the line, and the six-speed manual is geared short enough to ensure revs rise quickly toward the 6,000 RPM power peak.

Quickly and smoothly – thanks to tiny little pistons, the 3-cylinder is almost turbine-smooth all the way to redline. The closest experience I can liken it to is the feeling of winding out a rotary powerplant; the near-complete absence of vibration and tone change as you approach the upper reaches of the EcoBoost’s tachometer can actually catch you off guard at first. It’s easy to forget to shift, especially if you’ve got the stereo on, until you realize a few miles later that you’ve been in fourth gear rather than sixth. When you actually remember to shift, you’ll note the light lever that glides smoothly between gates. The pedals are also placed well for heel-toe work, a rarity among mainstream compacts.

As you would probably expect from the power figures, progress is deliberate rather than exhilarating; still, it’s hardly what you would call “dangerously slow”. It gets out of its own way just fine, in fact, and the side benefit of the paucity of power is the fact that you can floor it just about everywhere. Take that saying about driving a slow car fast to heart, because you’ll want to do so often in the Focus. The dynamics are of the same well-sorted variety seen elsewhere in the Focus range, which means a pleasant ride, adept cornering, perfectly-weighted steering, and a firm brake pedal – so you’ll actually be rewarded for pushing the Focus to its limits rather than discouraged. 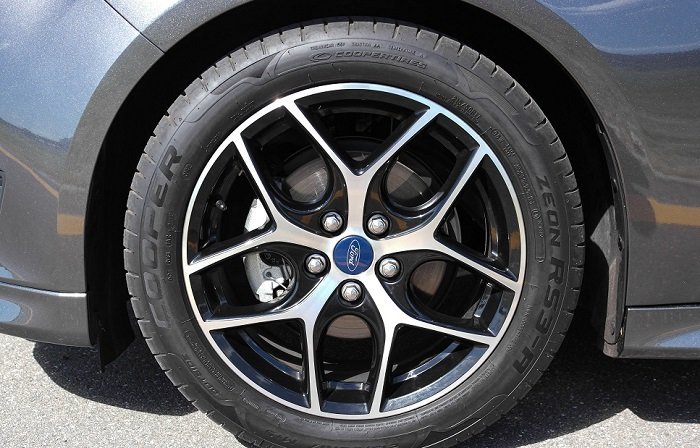 Keeping that right pedal to the floor might have a detrimental effect on economy, but if it does I didn’t notice, because the EcoBoost still delivered on its promise and returned an outstanding 37 MPG week-long average over a variety of conditions. The fact that it does this without requiring a battery pack and lots of additional expense (or by punishing its driver with dull dynamics) is further proof that Ford’s EcoBoost formula must be working. The 1-liter Focus wholly convinced me that for a value-minded buyer, three actually is greater than four. 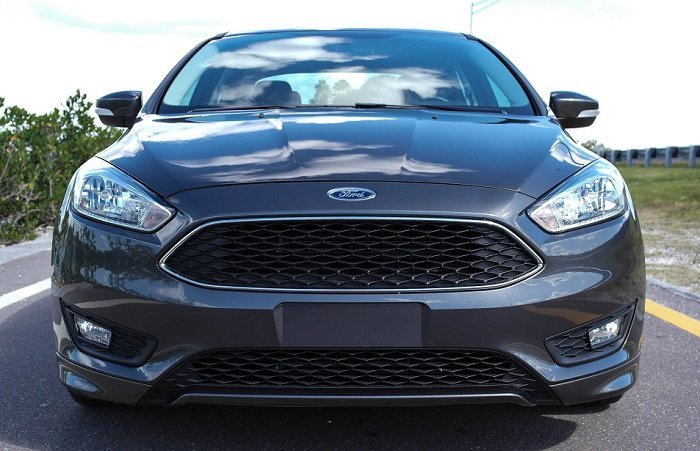