I’m certainly no stranger to the W212-generation Mercedes-Benz E-class, having driven the car in various forms (sedan, coupe and cabriolet) throughout the span of the generation, which was spawned in 2009. There’s a new one around the corner, so this review will be a bit of a parting gift to one of the most well-rounded offerings the company has ever produced.

If that sounds somewhat sensational, it’s not – I’ve always considered the E-class to be the closest to the Mercedes brand’s core values compared to its smaller C-class and larger S-class sisters. The E-class is right-sized, with an interior that perfectly straddles the line between snug and spacious with an exterior footprint to match. It’s got a spread of great engine choices from four-cylinder diesel to macho-turbo V8 and four body styles, including one of the country’s last true station wagons. And though this may change with the upcoming replacement, it’s not priced too far out of the reach of normal humans – you can score a decently-equipped E350 sedan for loaded 3-series money these days. 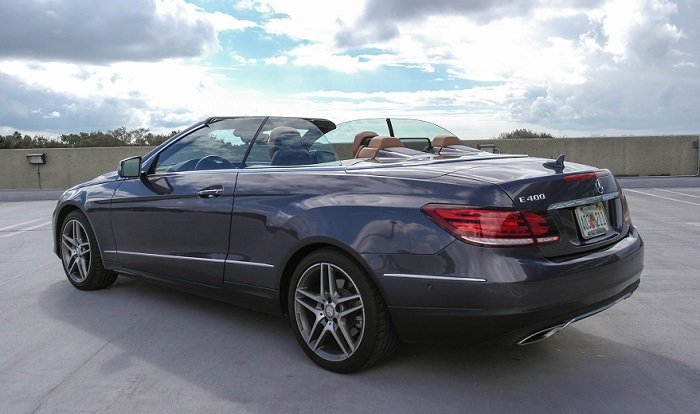 But where the E-class sedan might be sensible shoes, the cabriolet is a passion play – it’s got four real seats and rides comfortably, so it has at least a hint of sensibility about it, and for at least some owners, this could even be a primary car. But drop-tops by nature are supposed to be a bit impractical, and the E400’s tiny trunk and big price tag will go a long way toward solidifying that perspective. 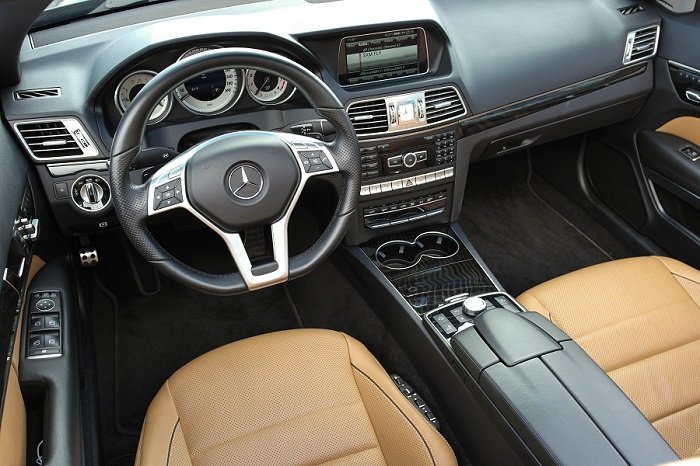 Still, I’m not fully convinced that the E400 Cabriolet pictured here wouldn’t make a great primary car. It’s very comfortable, with a smooth ride that remains mostly unperturbed by rough surfaces (there’s a bit of scuttle shake over craggy pavement, but not enough to cause angst). The dashboard, while quite familiar by now, nevertheless still feels solidly constructed and easy to navigate, and the multi-adjustable heated and cooled front seats are sublime. They’ll puff warm air on your neck, cool or toast your buns, and generally provide lumbar or added support in any bodily region that might become tender over a long ride. Top-down, your coiffure remains in tact thanks to admirably low draft levels.

These are all values that were shared with the E350 Cabriolet we drove early last year; as you might suspect by the change in nomenclature, the E400 pictured here differs in one key way – its V6 powerplant. Though lighter in displacement by 0.5 liters compared to the E350, the half-litre bump in naming convention is justified by the addition of two turbochargers. Horsepower’s up by 27, torque by 81 lb-ft, both of which are noticeable at virtually every opening of the throttle. Efficiency’s up, too – this more-powerful six squeezed out an additional 3 MPG compared to last year’s model. 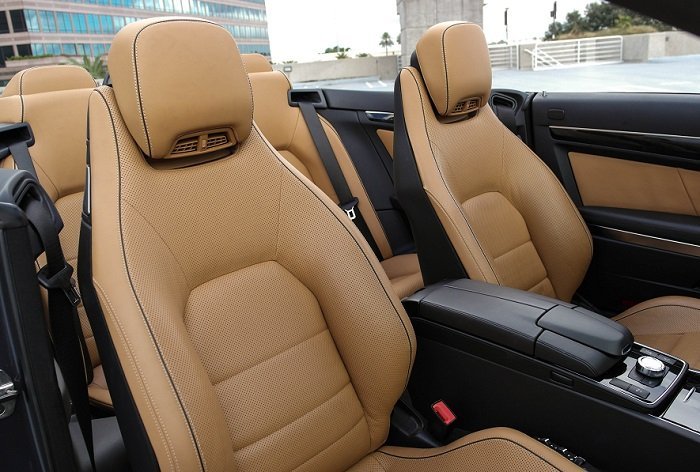 In practice, the E400 isn’t a speed demon – it’s subtly quick rather than outright fast – but it certainly moves out well enough to keep pace with the 335is and G37s of the world. The same 7-speed automatic handles shifting duties as in the E350, and in typical Benz fashion is the only transmission choice, but it goes about its business smoothly and without fuss. There are paddle shifters behind the wheel, but honestly, you’re better off leaving them alone – letting the red mist descend in the E just leaves you asking why you bothered. Better to dial the pace back down to “6” and enjoy the quiet competence the Cab exudes. 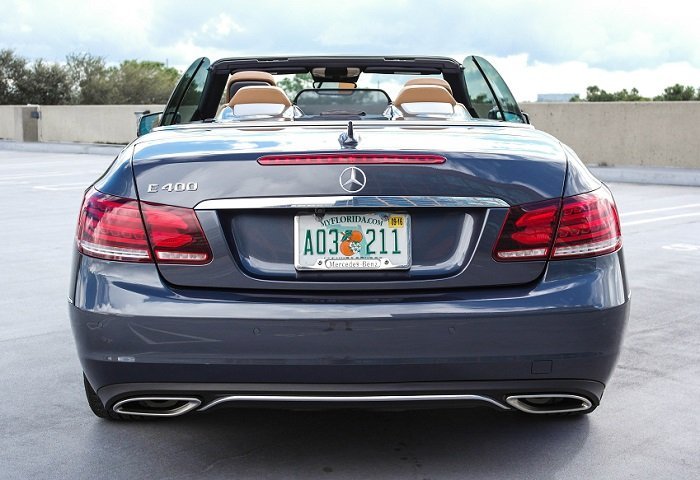 With the next E right around the corner, there will no doubt be a long list of improvements – more power, more efficiency, larger, lighter, stronger, safer – but it feels unlikely that it will feel any more “Benz-like” than the current car. At close to $75,000 as tested, the E400 Cabriolet certainly isn’t cheap, but I can’t think of a car that embodies the brand’s classic values more than this one. The new model has big shoes to fill. 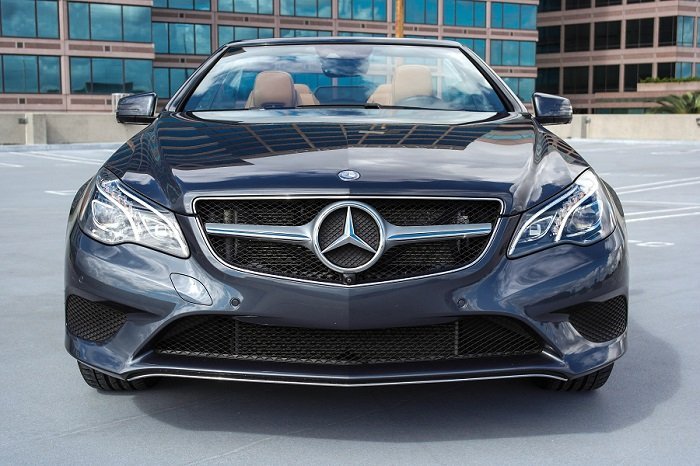