I’ve been eager to get my hands on the latest CTS ever since the car came out. For those living under a rock, Cadillac’s gone through a bit of a renaissance lately, and is churning out great product pretty much all over the place. The last-gen CTS was the first indicator of good things to come, even if it was a little rough around the edges in some places (the bombastic CTS-V gets a pass, here). The renewed Escalade is still a big brute, but compared to its competition, it’s basically without peer in terms of desirability and image. Really, though, it was the ATS that acted as a harbinger of the Germanic focus on weight, ride and handling that we almost take for granted in Cadillacs now. 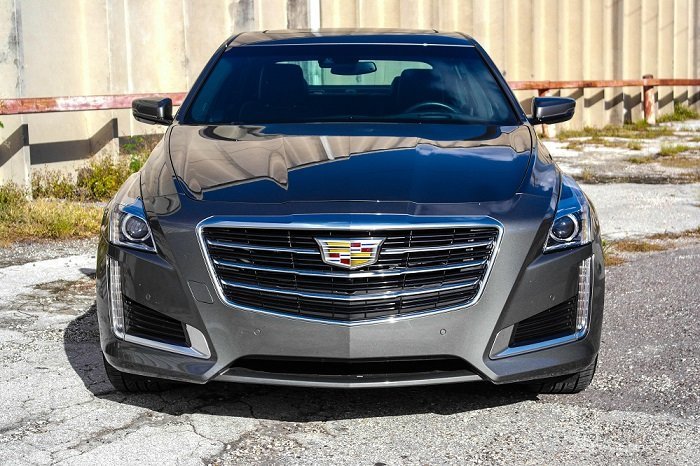 I got along well with the ATS Coupe I tried last year, due in large part to its sharp chassis balance and polished demeanor. Crisp, handsome looks also paid off. In the grand scheme of modern luxury cars, the ATS is fairly small, and as a result I was a bit worried the handling balance would suffer a bit in the larger CTS. I shouldn’t have worried. The CTS turns into corners just as crisply and strikes a fantastic compromise between flat cornering attitudes and a smooth ride, exactly as I observed in the ATS. Despite its size on the outside – this is a pretty long sedan – the CTS is a good bit lighter than the outgoing car it replaces. Our 3.6 AWD tester tips the scales at right about two tons, which doesn’t sound especially light in its own right, but when you consider that a 535xi weighs nearly 150 pounds more than that (the E-class and A6 are heavier still), it’s easy to see where some of that playfulness comes from. 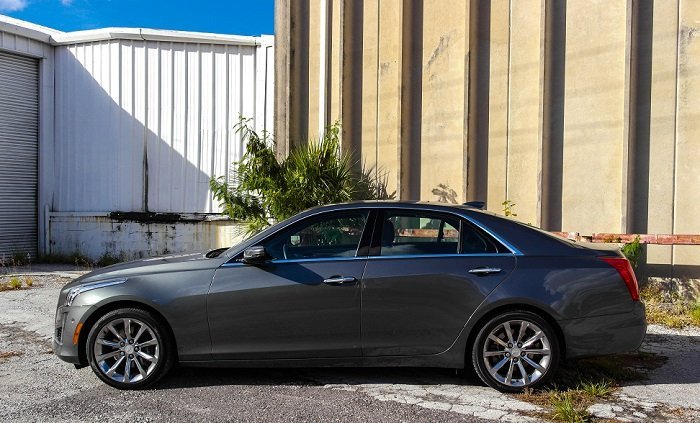 The rest of the CTS’ character is due to Cadillac’s fanatical focus on driving dynamics as a way to differentiate the brand from its competitors – a stark contrast to the past. While the German big three now seem content to give up on driving dynamics to play on their history, image and killer lease deals for sales, marques like the CTS, Infiniti Q70 and Lexus GS are left to play in the sportier end of the sandbox. After seat time in all three, I’d say the CTS is the most well-resolved handler of the three. The GS and Q70 are competent enough, but not as involving as the Caddy, which carries itself like a much smaller car. Only the massive turning radius betrays the CTS’ size in tight quarters. Besides that (and the comfort of your backseat passengers) you’d never know you were in a lengthy luxury sedan. 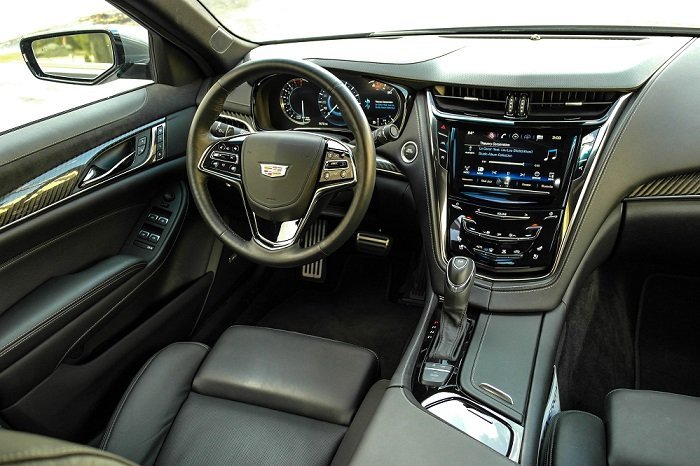 From a powertrain perspective, our 3.6-liter tester also acquitted itself well. Receiving a 14-horsepower bump for 2016 and GM’s new 8-speed automatic, the CTS gets up to speed quickly with a healthy intake growl. I’ve yet to sample the twin-turbo version of this engine available in the next-level-up V-Sport, but I wouldn’t at all feel short-changed by choosing the naturally-aspirated six. 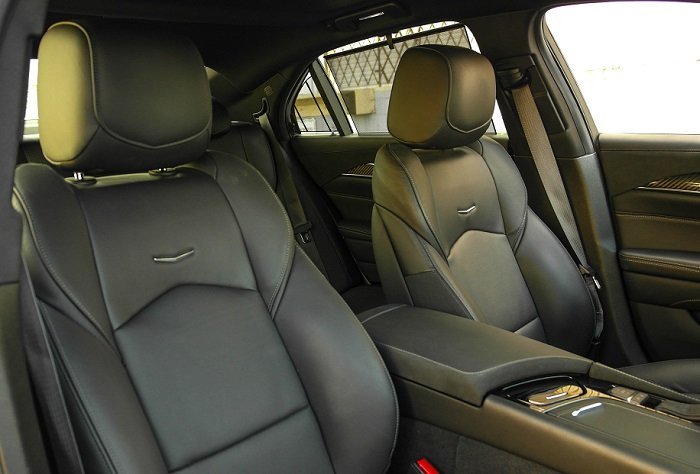 We’ve tried the new 8-speed automatic that GM developed in-house in quite a few different vehicles by now (here, here and here) and have come away fairly impressed. Aside from some balky shift behavior under cold-start conditions, it demonstrates quick-witted responses the rest of the time and in the CTS’ case, really helps gets the best out of the N/A V6, which might otherwise require a lot of revs to stay on the boil. 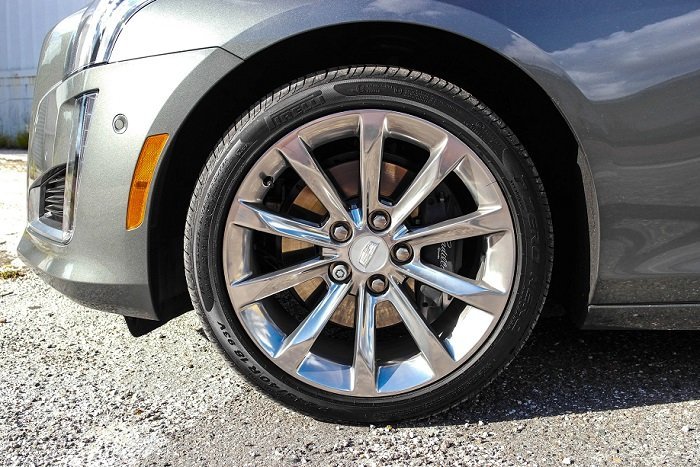 The CTS cuts a very striking profile. The head-on view is particularly fetching, with waterfall LED lighting marking off the Cadillac’s chiseled corners. Inside, the design is similarly modern – for better or worse. CUE – Caddy’s now-ubiquitous buttonless capacitive-touch system – is back, although it must be noted, it seems some improvements have been made in the actual touchscreen’s responsiveness. However, the volume slider, station tuning and temperature controls still seem purposefully built to frustrate, and we wish Cadillac would at least replace those oft-used functions with normal knobs. 2016 brings Apple CarPlay and Android Auto integration in the hopes of quelling some of the ire the system usually causes. 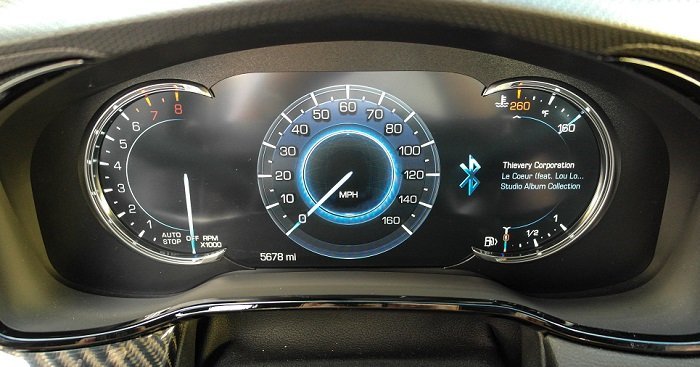 If you can get past CUE, you’ll find a sturdily-built and handsomely finished interior that boasts plenty of room, coddling seats, and Trappist-monk silence at highway speeds. Surprise and delight touches include a cupholder cover that motors out of sight with a gentle prod, a dash compartment hidden behind the climate controls that is accessed by – you guessed it – a motorized cover, and a set of privacy shades for the back windows that thoughtfully cover the rear quarter glass, too. 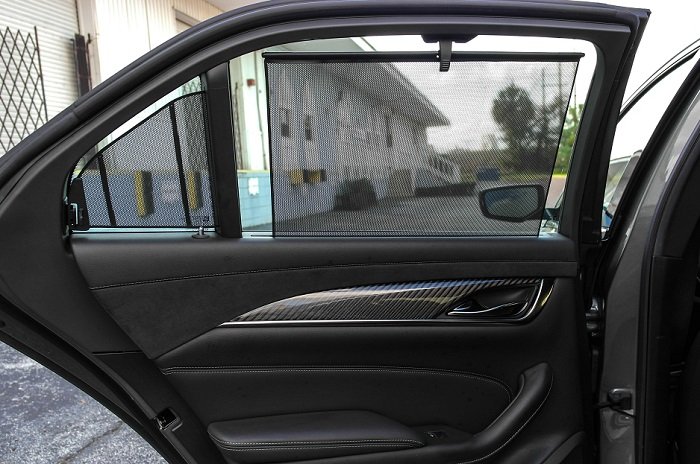 The showroom tinsel is nice, but the CTS’ real surprise and delight feature is its honed chassis, which should now be the target for the rest of the midsize luxury class to hit. The sweet-spinning, vocal V6 and lithe silhouette are further enticements. Now – just bring us some real buttons and knobs for the dash. 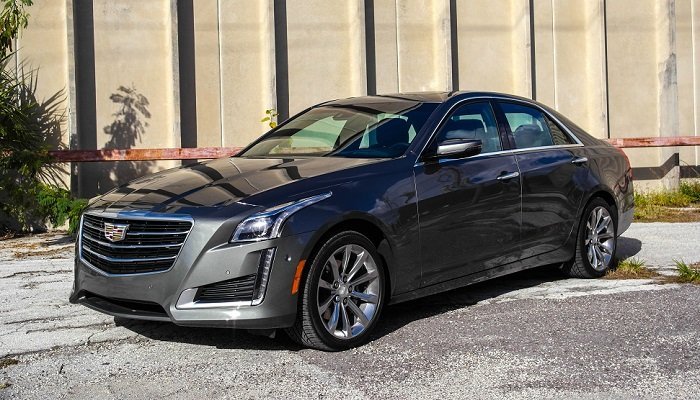