2015 saw the true coming of age of the small crossover – a surprising number of them popped up almost overnight from various mainstream brands, suggesting that the development work required to bring one to market required little more than a stretch in roof height and a marketing team to name it. Premium marques certainly aren’t immune from the segment’s charms of quick showroom turnover and easy profits; indeed, the luxury “big four” of BMW, Mercedes-Benz, Lexus and Audi now each have small utility vehicles of their own filling dealer lots, most of them based on each brand’s entry level sedan offering (and Infiniti’s bowed just recently). We think a lot of the A3 and S3 sedans, which have a small footprint but carry themselves like Audi’s larger offerings. How convincing was the transition of the Q3 – based on the same platform – from sedan to crossover? Let’s find out. 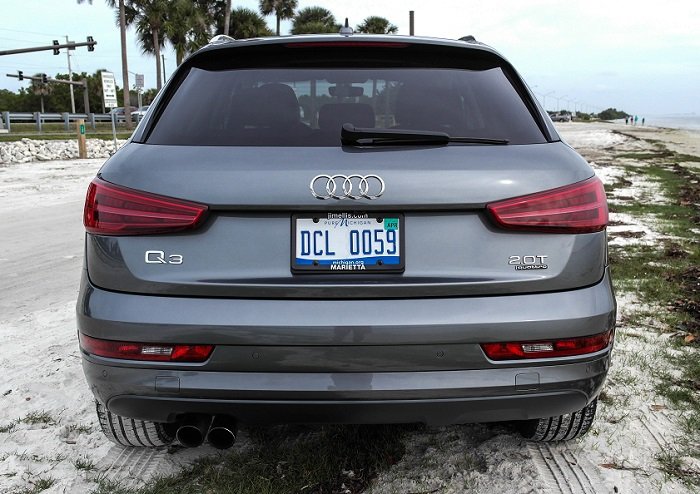 Among the current A3’s charms is the fact that it feels like a scaled-down version of the A4 or A6, rather than a tarted-up and more expensive version of the VW Golf on which it’s based – something the previous hatchback generation couldn’t claim. And despite being a trendier, taller hatchback itself, the Q3 drives just as nicely as its sedan sister. From the driver’s fairly high vantage point, you’d expect a feeling of top-heaviness to be an issue, but it never materializes in the way the Q3 goes around corners. Instead, the Q3 handles adroitly, and despite touchy brakes (a common trait across many Audi/VW products) the Q3 could easily pass for a nicely sorted sedan from behind the wheel. Ride isolation was impressive on the 18” wheel package our tester carried. 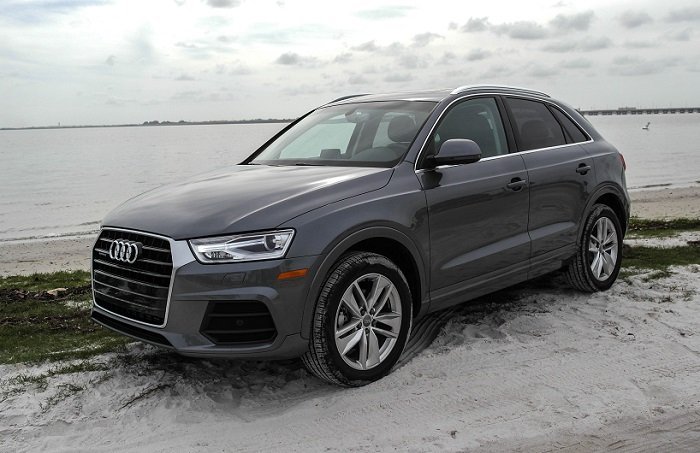 Part of the appeal of the small crossover – besides an arguable image boost over a comparable sedan – is the combination of a wieldy footprint with the added interior spaciousness afforded by a high roof. This pays dividends in headroom, but legroom front and rear is largely unchanged from the A3 since the Q rides on a slightly shorter wheelbase. Exterior length and width are about the same. 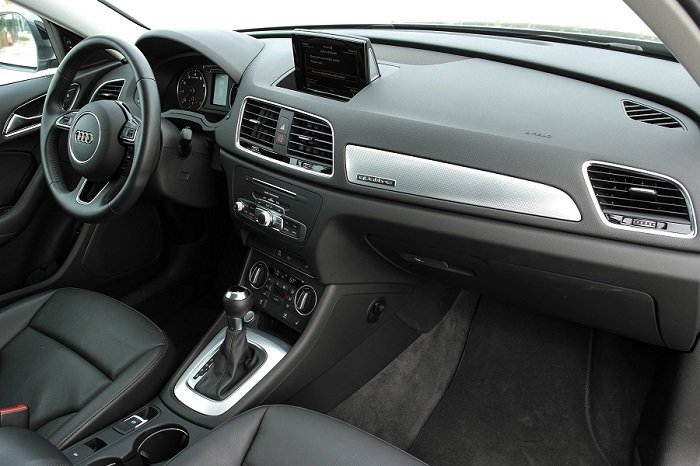 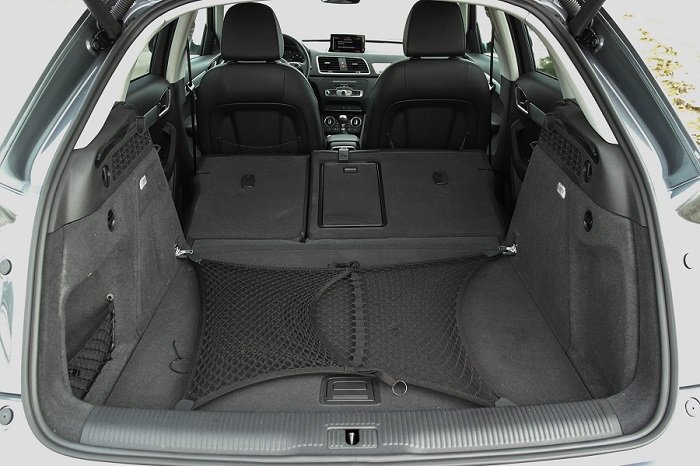 The Q3’s compact footprint also helped it eke out a respectable 25 MPG in a week of mixed commuting. Partial credit is due to the familiar 2.0TFSI, mated in the case of our tester to Quattro all-wheel drive and a mandatory 6-speed automatic. While the power figures aren’t what you’d call heady – the same 200 horsepower and 207 lb-ft of the previous GTI is tasked with carrying an extra 600 or so pounds – it moves the Q3 around OK, and with the torquey powerband we’ve all now become accustomed to with modern turbo fours. You’ll find very little need to take the Q3 anywhere close to its 6,000 RPM redline. 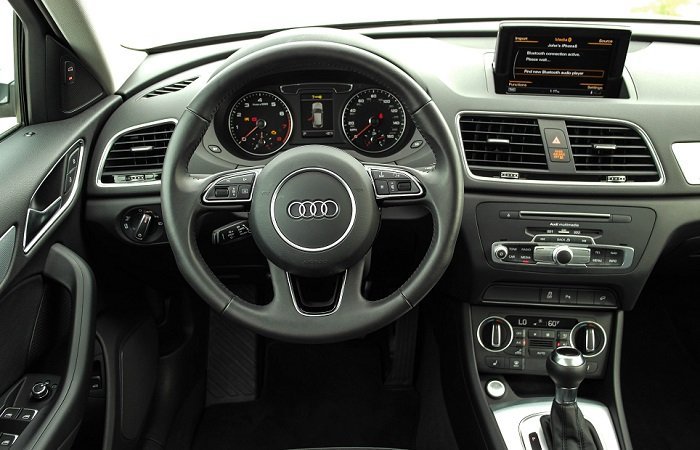 The six-speed automatic is a traditional torque-converter unit, curiously – the A3 has a six-speed dual clutch box, and in the other markets the Q3 sells in, it receives a 7-speed dual clutch unit. I wasn’t too bothered by this omission. What the “Tiptronic” auto gives up to the “S-tronic” dual clutch in shift speed, it makes up in smooth operation around town – which, let’s face it, is precisely where a compact crossover needs to shine. The Q3 is certainly no speed demon, but its viceless commuting dynamics are an important part of its appeal. You’ll find no shift paddles behind the steering wheel, either – exactly in keeping with the Q3’s urban mission. The rest of the interior is quiet and well-laid-out, exhibiting typical Audi build quality, although the climate controls are tucked away somewhat inconveniently down by your shins. 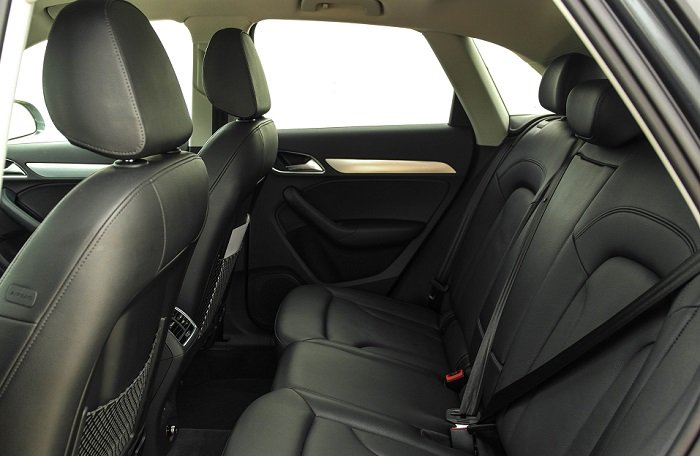 There are few nits to be picked here. A dearth of cargo space – due mostly to the sloped roofline – behind the second row might be one of them, although with the seats folded the issue is largely eliminated. As mentioned above, there’s not a ton of power on tap here to motivate the Q3’s 3,500 pounds. Acceleration certainly is far from glacial, but a more powerful SQ3,  or even the RS Q3 that’s currently offered in other countries, seems like a natural complement to this 2.0T model. It would also provide some competition for the quirky GLA45 AMG that Mercedes-Benz will build you – another speedy oddball that piques our interest. Finally, the interior – while well-built in typical Audi fashion – also exhibits some of the brand’s more somber, monotone design themes. It’s a sea of black, black and more black in here. 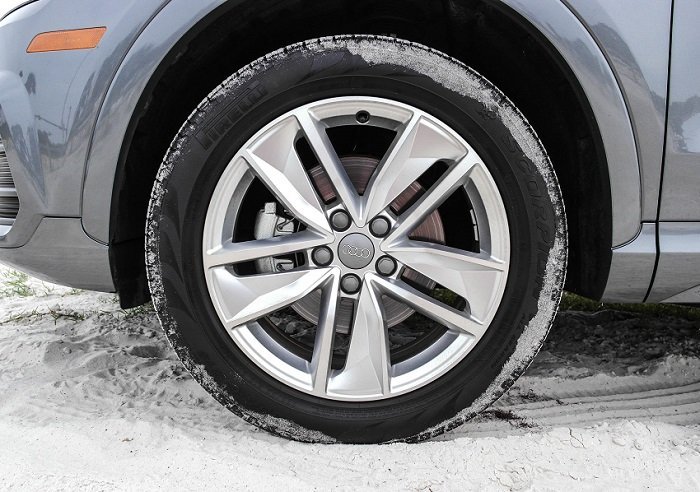 None of that prevents the Q3 from being solidly recommendable, and it certainly feels worth the fairly modest price premium over an equivalent A3 sedan. It already shares that car’s miniscule footprint, economical four-cylinder and lengthy standard feature list. If those qualities and a tall wagon shape are on your shopping list, we can’t find a good reason not to give one a chance. 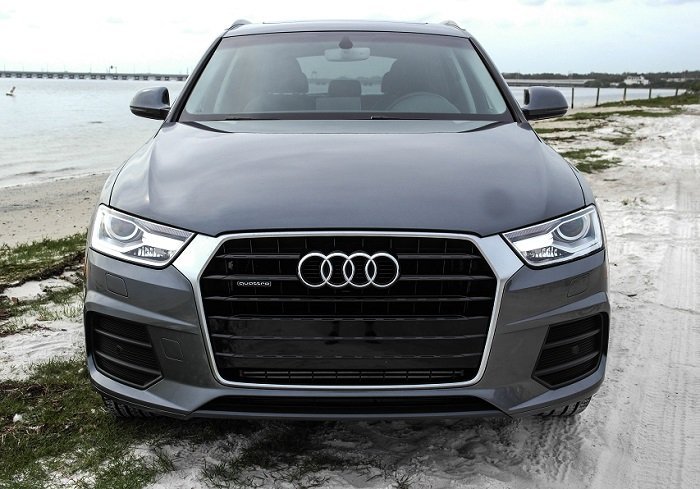