As the most capable member of an already plenty capable lineup, the Rubicon Hard Rock represents the ultimate in factory Jeep bro-ness: steel bumpers, rock rails, red tow hooks and knobby mud terrain tires finish the job that many hardcore off-roaders have to take on themselves in the aftermarket. I’ve never been much of a Wrangler guy – it’s a Jeep thing, after all, and I’ve never understood – but if there’s one out there that could potentially steal my heart, this Rubicon should be it, right? 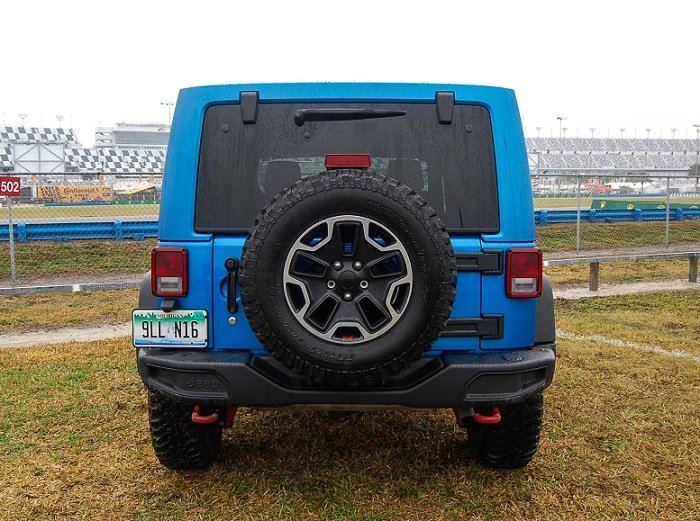 It certainly looks the part. The aforementioned body addenda ratchet up the visual drama to true rock-crawler status, to the point that it barely needs to be jacked up into the air any further or fitted with larger tires – although that certainly won’t stop some owners. For a driver like myself, who’s much more accustomed to driving ground-hugging sports cars than rigs with a ton of ground clearance, it takes a little acclimation. After all, you can’t exactly barrel into corners in this Wrangler the way you would in even a run-of-the-mill modern sedan or crossover. Ultimately, it’s a fairly benign cruiser, but you’d do well to remember that the Jeep’s comfort zone ultimately lies off the pavement. 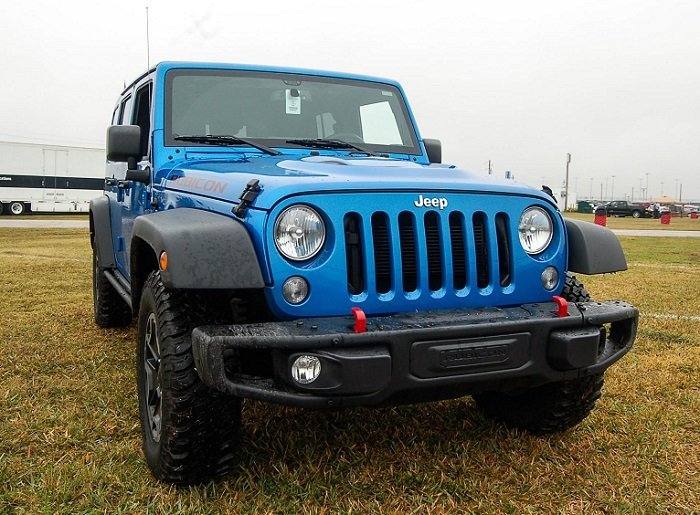 Meaning, the backcountry. My de facto local off-roading spot – which is little more than a rutted beach trail (I live in Florida, after all) – couldn’t throw anything at the Rubicon that it hasn’t seen already. In fact, it ate up the sand and asked for seconds. A small sticker in the upper corner of the windshield attested to the fact that this press loaner had made its way up the actual Rubicon Trail in California at some point in its young life, so there was nothing in pancake-flat Florida that could worry this little blue Jeep. Rubicons – both the standard model and this Hard Rock edition – feature Jeep’s most hardcore four-wheel drive system, labelled “Rock-Trac”. 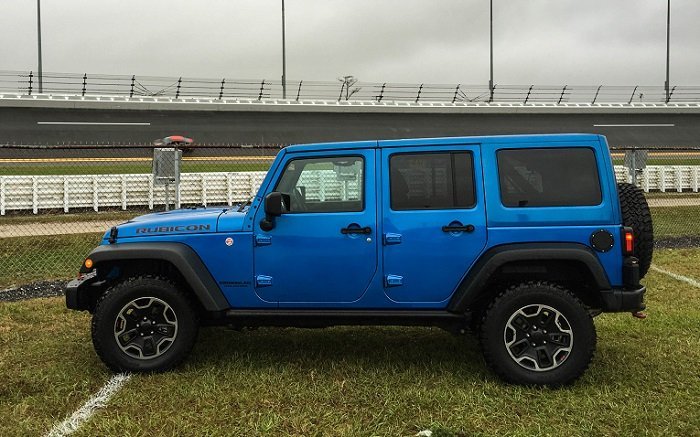 Corny marketing name aside, the system combines Dana 44 front and rear axles with electronic locking differentials, beefier shocks, a front swaybar disconnect, and a 4:1 low range. 32-inch BF Goodrich mud-terrain tires round out the Rubicon’s off-roading arsenal. This combination sounds like a commuter’s personal hell, but it actually lends the Hard Rock with an uncharacteristically smooth ride. The long-travel shocks soak up the nastiest pavement deformities with ease, with each corner of the truck articulating neatly into and out of potholes, lumps and bumps. 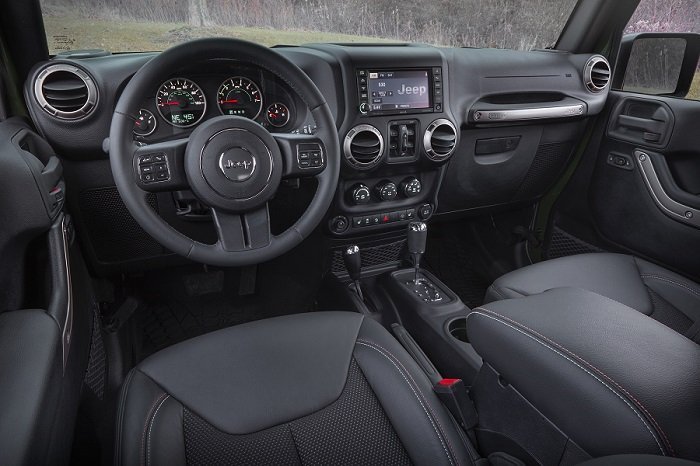 Propelling this 4,340-pound Unlimited is the same 3.6-liter DOHC Pentastar V6 featured across the Wrangler range. It makes 285 horsepower and 260 lb-ft and it motivates the Wrangler – if not quite with gusto – then at least adequately. A 6-speed manual is standard, but ours was equipped with the optional 5-speed auto. Its brick-inspired aerodynamics, short 4.10 final drive ratio and craggy tires do nothing to improve the Wrangler’s fuel economy. We averaged 17 MPG, which reminds you of the other reasons you’d buy one of these other than frugality. My advice? If you’ve been on the fence about whether or not to scratch your Jeep itch, do it now while gas is cheap. 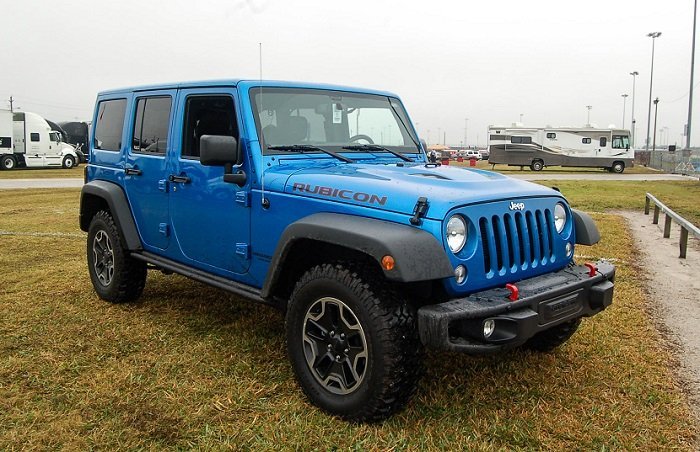 After just three days, the Jeep had already endeared itself to me. The pronounced wind noise at highway speeds, next-to-useless Bluetooth connection and head-pounding tire thrum faded into the background. In their place, a useable, roomy interior became apparent. Sure, the material quality in here won’t blow away any dash-strokers. But it’s durable and easy to clean, which is crucial in a vehicle that you can remove the doors and roof from and go trudging through the mud. 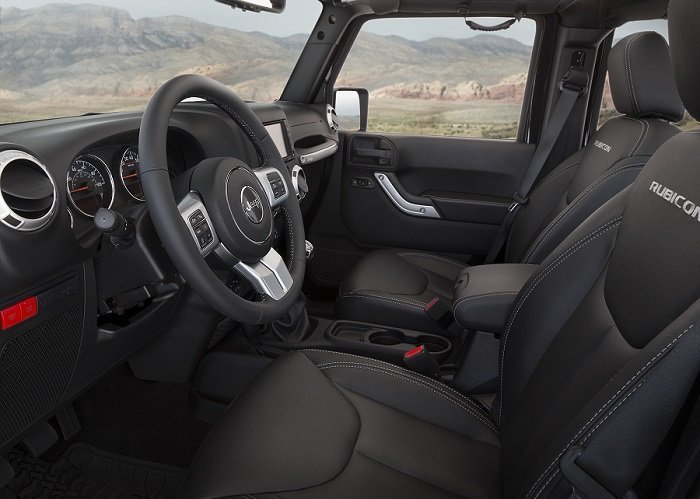 There are enough Wrangler variants (10 individual trim levels at last count, each offered with two doors or four) to satisfy anybody bitten by the Jeep bug. The Hard Rock option is pretty pricey, at close to five grand more than the mechanically identical Rubicon, but it takes care of much of the cosmetic work that many owners pour into their Jeeps anyway. The domed and vented hood, steel off-road bumpers with detachable end pieces (and winch provisions), and side rails would cost you plenty in the aftermarket. The Hard Rock also includes a rowdy 9-speaker Alpine sound system (it’s possible this is how the “Hard Rock” name came to light) that eliminates the need to make a trip to your stereo shop. If all you “need” is the ultimate in off-road capability, grab a standard Rubicon off the lot. If you want the ultimate Wrangler, then this Hard Rock edition is the one you want. 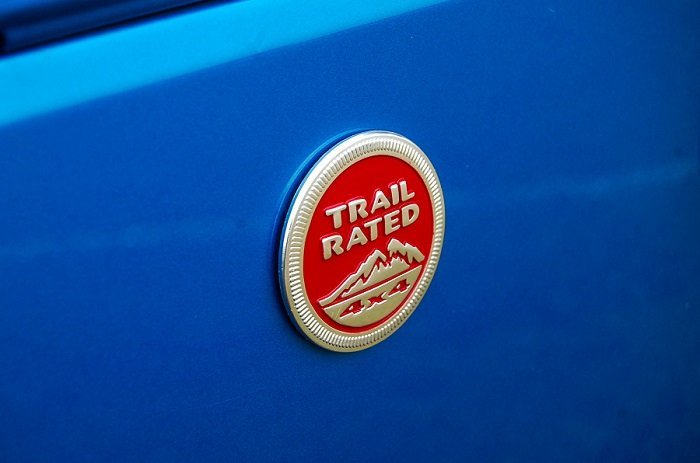