GM shook up the dwindling midsize pickup field last year when it introduced the “rest of world” Canyon and Colorado twins to the US market. Sales have been strong ever since, due in some part to a good marketing campaign as well as an apparent thirst for an American alternative to the stalwart Tacoma. To keep things interesting, GM announced shortly after the trucks’ introduction that a diesel option would be forthcoming, and after a bit of a wait, it’s finally in showrooms. After driving both of the General’s small trucks in V6 form last year, I came away impressed – the question becomes, has the addition of a four-cylinder diesel done anything to change that? 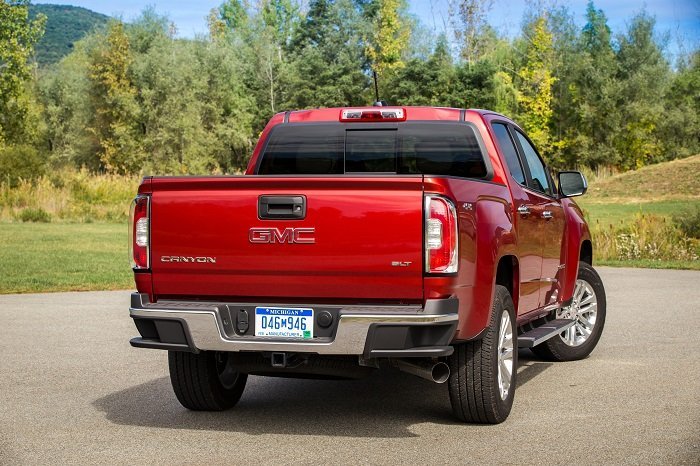 The Canyon combines a number of virtues aimed at making it an easier sell to shoppers who may otherwise end up in a car. It’s quiet, rides well, and has a comfortable, roomy interior. The addition of a diesel powerplant seeks to build on the truck’s existing qualities while upping the capability ante beyond that of the V6, with maximum trailering capacity rising from 7,000 pounds to 7,700 in the Duramax. Payload capacity dips slightly, aligning closer to the 2.5-liter four-cylinder, but we’re splitting hairs – all three powertrains will tote roughly 1,500 pounds in this crew cab, short box configuration. 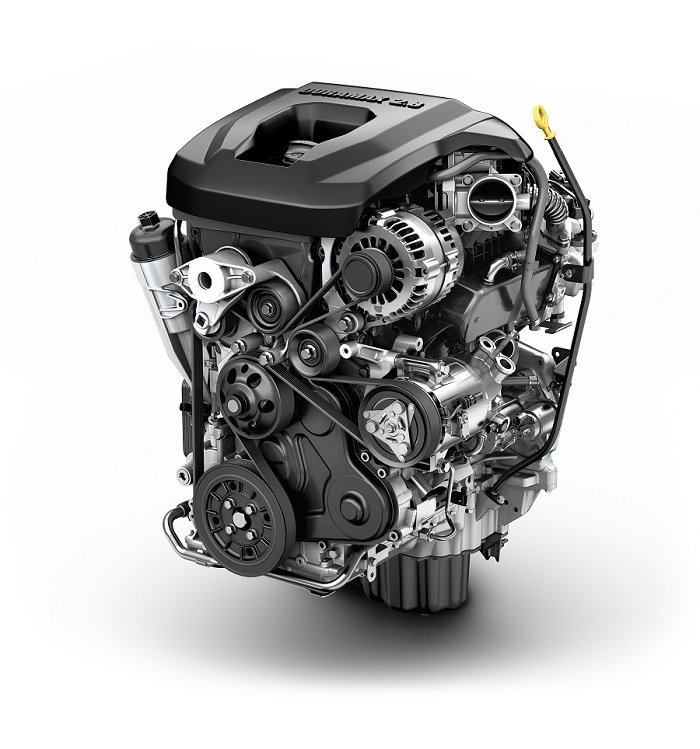 The Canyon’s Duramax is a big-bore four – at 2.8-liters, it ranks right up there with the Porsche 968 for massive four-cylinders – and produces 181 horsepower and 369 lb-ft of torque. That’s a considerable 124 horsepower shy of the 3.6-liter, but with 100 lb-ft more torque available way down low in the (admittedly small) rev range, it doesn’t feel any less potent than the V6 around town. And after the first crank of the key, you’ll be in no doubt as to this Canyon’s fuel of choice. This is not a hatchback-friendly European diesel that ticks quietly at idle; this is a diesel – exhaust note by FedEx. A slight quiver runs through the driver’s seat at idle, reassuring anyone who may be hard of hearing that they didn’t accidentally choose the gasoline engine. Power delivery is also decidedly diesel; throttle tip-in produces a big wave of torque for about 2,500 RPM or so, and then it’s on to the next gear. It’d be even more fun if it was hooked to a manual transmission, but alas, no such option exists – a strengthened version of the six-speed Hydra-Matic automatic is standard equipment. Most buyers probably won’t mind. 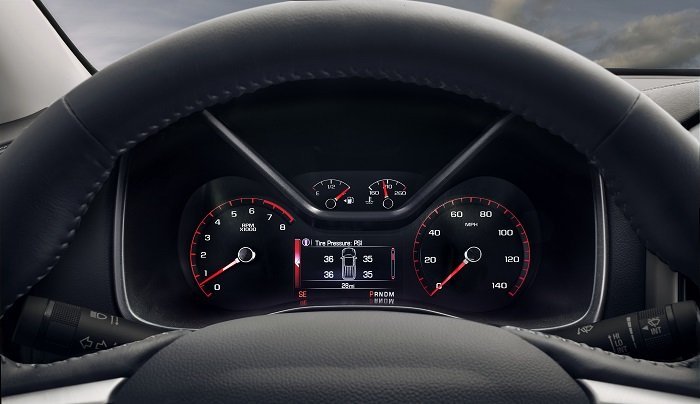 As it stands, the diesel is certainly a workhorse but gives up some of the V6’s creamy smoothness and top-end power in exchange for that extra smidge of capability. Many will prefer the diesel just for the image; while the clean unit in the Canyon won’t fulfill any coal-rolling fantasies, the giant exhaust pipe and the sound it emits will leave passers-by with a full understanding of the driver’s fuel of choice. 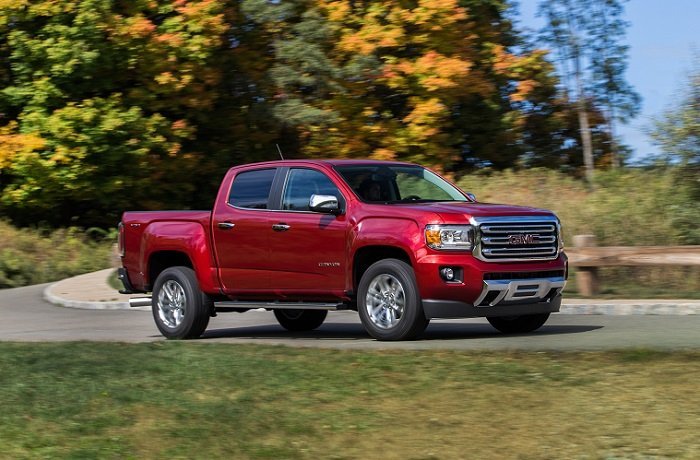 The payoff for the Duramax’s compromises in smoothness and overall power is stellar fuel economy for a pickup; the Canyon earns ratings of 22 city and 31 highway in two-wheel drive guise, two ticks shy for each with the four-by-four, and we saw 25 mpg in mixed conditions. Those EPA ratings put it at the top of the pickup class, in case you were wondering. While not quite a gas hog, the Canyon V6 I drove over the summer requires noticeably more trips to the pump. That one returned 21 mpg in mostly-highway driving conditions, and the Colorado I sampled prior to that could muster just 18 overall.

Of course, with the country’s current rock-bottom gas prices, the diesel’s $3,730 price premium will take a long time to pencil out in the form of savings. Still, those that value range above all else or do a lot of highway driving may find value in the diesel option. The rest of the Canyon package remains as tempting as ever, and with Toyota seemingly unable to make the numbers work out in favor of a diesel option for the Tacoma, the GM twins will remain the only game in town for the foreseeable future. If a diesel engine scratches your itch, you’ll be pleased with the rest of the truck that comes with it.