Though the near-luxury front-wheel drive convertible market has shrunk to the point endangered status, GM nevertheless saw an opportunity to bring its Euro-market Opel ragtop stateside for a little fun in the sun. Convenient, then, that our week with the car in sunny Florida provided plenty of opportunity for open-air motoring. 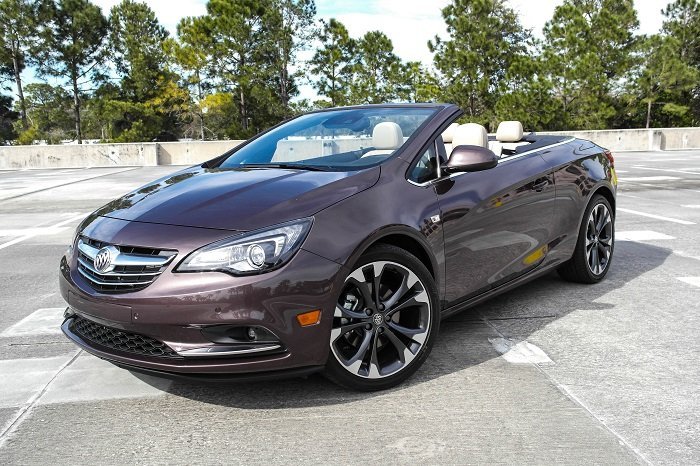 Basically a two-door Opel Astra with the roof peeled back, the Cascada makes the move across the pond with most of its continental character still intact. Seeing as Buick also acts as the closest thing to an outlet for European GM models, it’s no surprise that they stuck to the same formula with the Cascada. Hints that the baby Buick was developed for another country are scattered around for those with a trained eye. 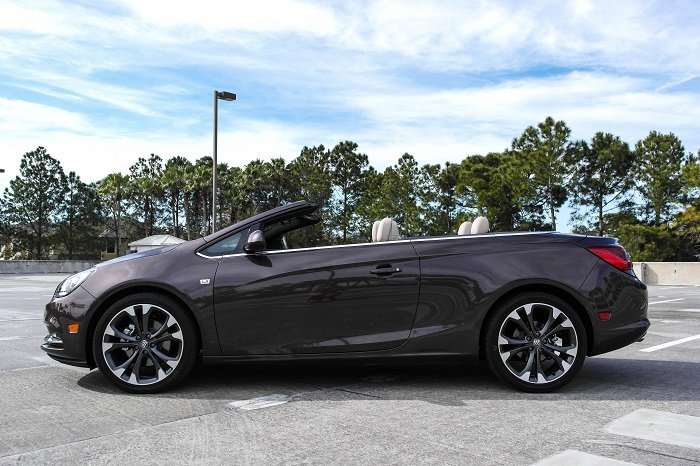 Some of the switchgear feels decidedly Euro-market, and indeed a few of the buttons and switches wear labels that will not be instantly familiar to most American drivers. Taken on the whole, the cabin is comfortable and well-equipped, and feels suitably modern despite a slew of buttons in its center stack. There’s still something to be said for not saddling an interior with touchscreens or mouse-like controllers. 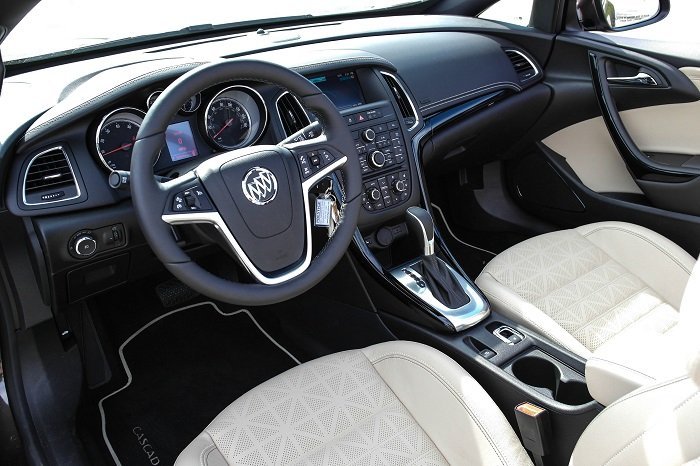 Given it’s a convertible first and foremost, the Cascada drops its top easily and often – just 17 seconds separate you from that all important vitamin D, and you can deploy the roof at speeds up to 30 mph. Trunk space with the top down is, shall we say, abbreviated, but with it up, a movable partition folds out of the way and allows a full-size suitcase without issue. 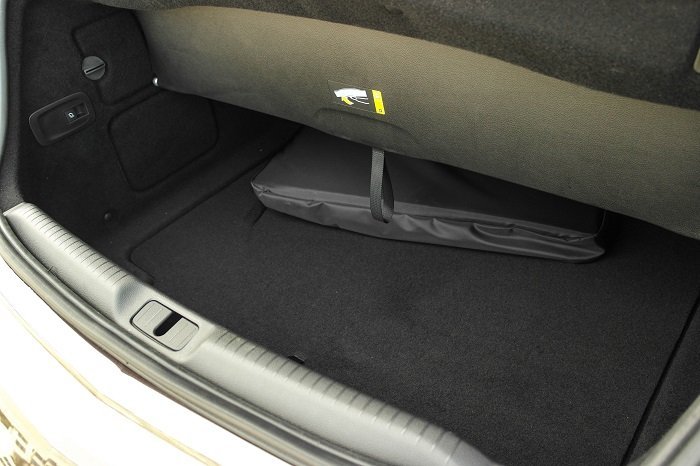 Also hewing close to its European roots is the Cascada’s ride-and-handling balance. While certainly not intended to be a corner carver, this Buick nevertheless sports a very firm ride setup that is particularly noticeable with our Premium model’s 20” rollers. While I wouldn’t quite describe it as harsh, it certainly isn’t what you’d call a cushy boulevardier in the image of Buick’s last two-door, the Riviera. 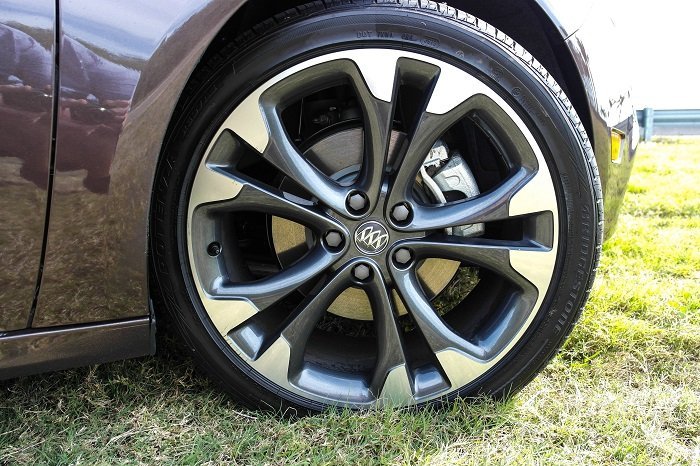 Those who reside in sunnier southern climes where the roads aren’t as potholed and pockmarked as those in the rust belt probably won’t mind. Luckily, the Cascada has enough structural integrity to cope with the starched suspenders  – very little scuttle shake is noticeable around the windshield frame or through the steering column, either top-up or top-down. 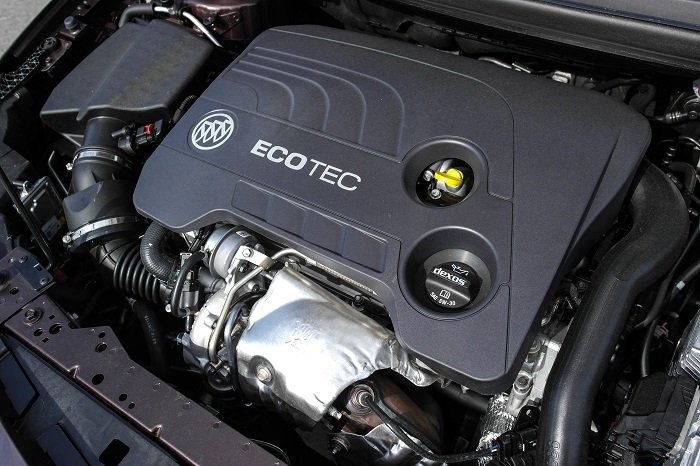 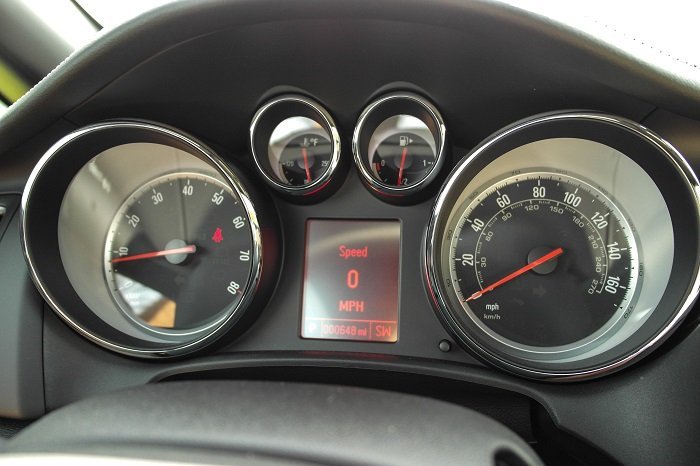 New to the states is the Cascada’s 1.6-liter turbocharged four-cylinder Ecotec engine; in the Cascada, it produces 200 horsepower and 207 lb-ft, and is mated solely to a 6-speed automatic driving the front wheels. Those power figures, while perfectly reasonable for a small turbo four, aren’t quite enough to motivate the nearly-4,000 pound Cascada with much authority. 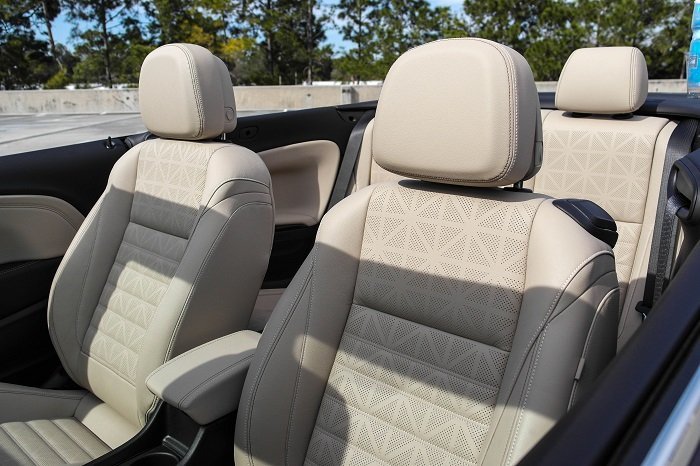 Instead, acceleration occurs at a leisurely rate – let’s call it stately – although few owners are likely to care. For those that need to feel the wind rushing through their hair a little faster, the pony car drop-tops and European brands offer more power, albeit at higher prices – especially when taking the Cascada’s equipment levels into account. Our Premium-level car (a $3,000 up-charge) brings a forward collision warning system, lane departure warning and automatic wipers to an already handsomely-equipped package; HID headlights, heated leather seats, and navigation are standard. 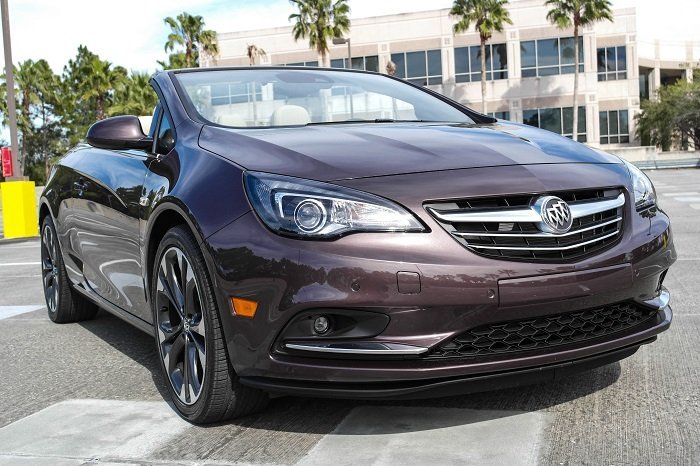 Though the Cascada is one of a rare breed indeed, it nevertheless will appeal to those aren’t satiated by sportier offerings or the more expensive German competition. It’s a handsome little convertible, and as long as you aren’t looking for scintillating driving dynamics, its casual continental charms still hold some appeal.