Amongst car writers, it’s pretty rare for one of us to actually put our money where our mouth is and buy a brand new example of one of the vehicles we’ve sampled. After all, why bother shelling out hard-earned cash on a new car when there’s one parked in the driveway on loan from a manufacturer every week? It’s a reasonable (if privileged) question to ask. And yet, roughly two years ago, I was so lovestruck by one of my press loaners that I had to buy one of my very own. That car? The Subaru BRZ. 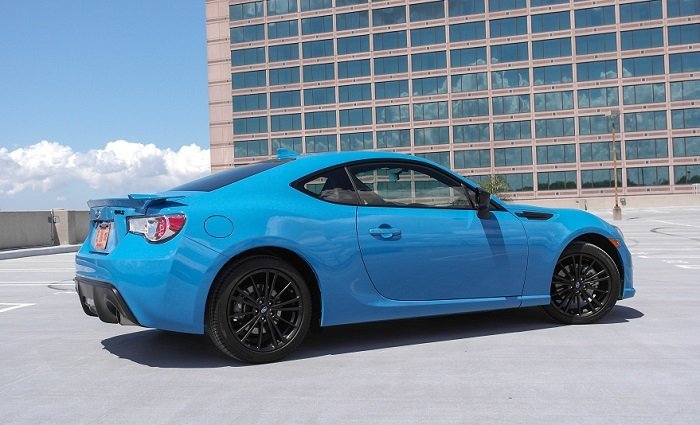 Granted, it wasn’t a BRZ that ended up in my garage – rather, it was its twin brother from a (slightly) different mother, the Scion FR-S. Still, considering the two cars are basically one and the same and since both companies bore development costs, I’ll just assume that Subaru received at least a portion of the money I plunked down for the FR-S and move on. The FR-S/BRZ should be a bit of a known quantity, then, considering I owned one for more than a year. This 2016 doesn’t differ much at all from the 2013 I called my own, either. 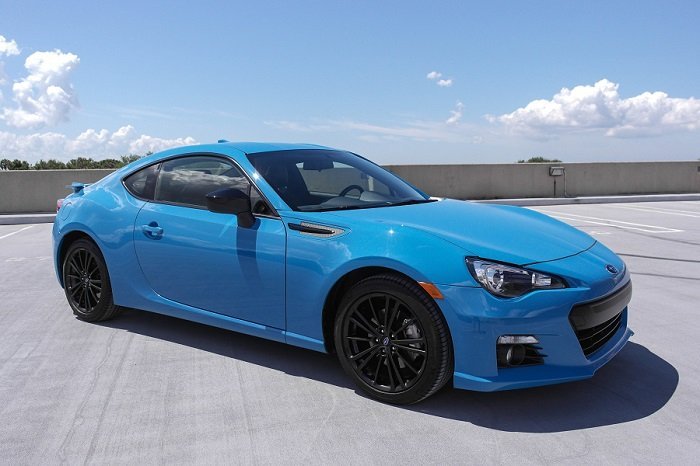 And that’s a good thing.

The traits that endeared the BRZ to my heart are all still present and accounted for. A rev-hungry, naturally-aspirated engine with right-now throttle response.  A close-ratio gearbox with a tightly linked shifter and light clutch pedal. A sparse but comfortable cabin that fits like a glove. And, of course, that legendarily responsive, accessible handling. Nothing this side of a Porsche Boxster, except for the MX-5, feels this light on its feel and attuned to its driver’s inputs. And if convertibles aren’t your thing, then the Subaru and Scion (sorry – Toyota) twins are your only real alternative to spending a lot more money. 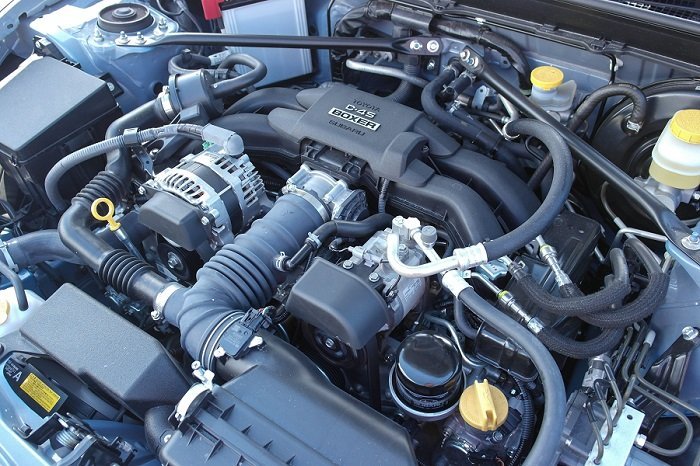 Of course, the one true ding against the BRZ has never been its handling – it’s that, while the quality of the performance on offer is beyond reproach, the quantity is a bit lacking. Which is to say, it’s not exactly falling all over itself with power, grip and braking capacity. Despite boasting a similar power-to-weight ratio to the universally-revered E30 generation M3, the sports car world has moved on a bit since then. Even modern four-cylinder Mustangs and Camaros – once dismissed as secretary fodder – will show the BRZ their taillights at any stoplight race. So if sheer power won’t be enough to occupy the most hardened sports car snobs (which I sadly confess to be) behind the wheel of the BRZ, what appeal do the twins hold as a performance object? 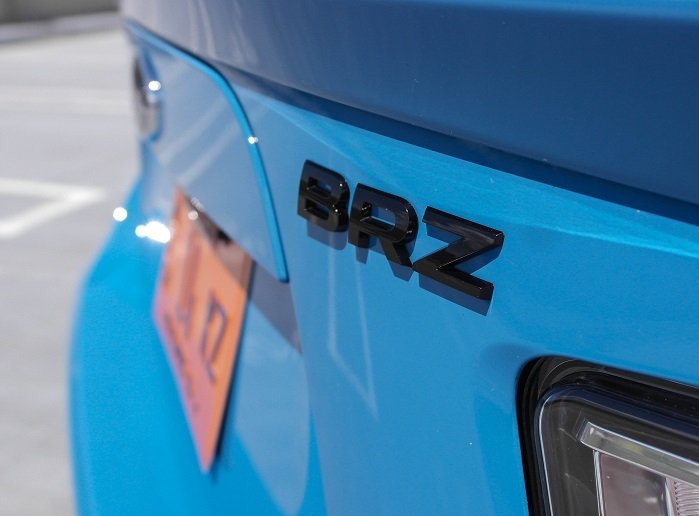 As mentioned before, it’s the accessibility of the BRZ’s talent that impresses most. Loosening the reins of the traction control systems in most cars with sporting intentions is usually done wisely only in a controlled setting. The reason is because modern performance cars have so much tire and so much brake that exploring their limits with a dearth of talent is often an exercise in measured risk…what are the odds that your talent will run out, or the authorities will show up, before you safely return the stability control to its “on” setting? Given that so few owners track their brand-new cars, it boils down all of those boisterous, manufacturer-provided performance claims to little more than marketing buzzspeak. 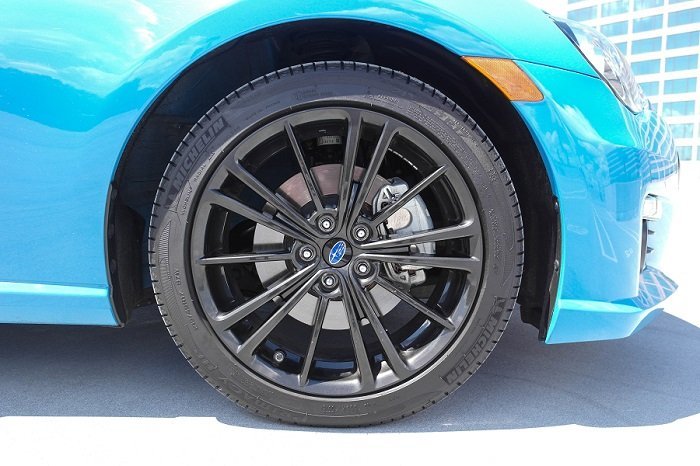 The BRZ is different. Shut down the stability control and you’ll be able to play with slip angles and explore the limits of the chassis without endangering every man, woman and child on the road around you. The Subaru broadcasts its intentions loud and clear, in part because those skinny Michelin Primacy HPs (which feel like summer tires in name only) give up the ghost quickly and without drama. Instead of “sport”, “sport plus” and “track” settings for the chassis and safety nets, you can dial between “slip”, “slide” and “lurid” levels of tail-wagging – all controlled by your right foot rather than a dial between the seats. 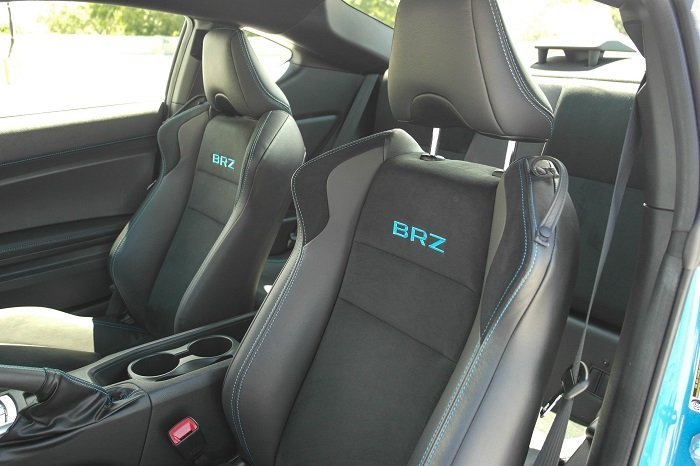 It is this direct wiring of brain to tires that encapsulates the BRZ experience. Many sports cars tout this experience but fail to fully deliver it; the Subaru forks it over in spades, and all it asks for in return is a gallon of premium every 30 miles or so and a little forgiveness for being a slightly under-endowed in the engine room. We can look past it; after all, it’s not the size of your engine but how you use it. The BRZ puts it to very good use, and is willing to wring itself out at every on-ramp, cloverleaf or roundabout you can find on your daily commute. 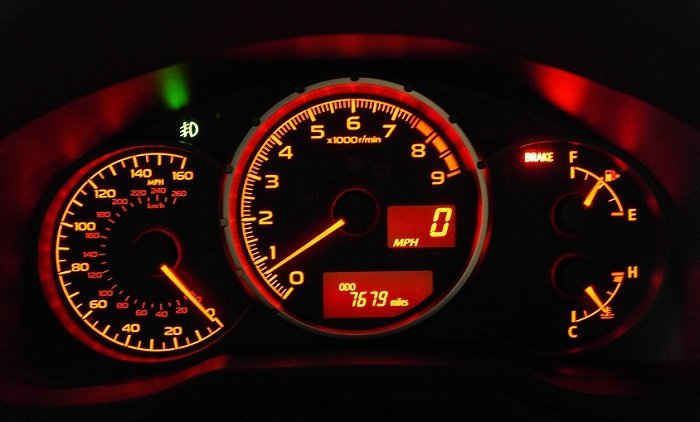 Beyond the chassis, the rest of the experience still satisfies. Our car – a “Series.HyperBlue” model limited to just 500 copies, and decked out in an eye-catching hue unlikely to be mistaken for Subaru’s signature World Rally Blue – featured some upgraded interior touches that would have been well-appreciated in my more basic Scion copy. Leather-and-Alcantara seats, spiced up with Hyper Blue stitching, were complemented by matching stitching on the door panels and the leather-wrapped steering wheel and shift boot. Automatic climate control and Subaru’s new StarLink 6.2” touchscreen stereo are worthy additions to the standard-issue backup camera and keyless ignition; all features that my car lacked. 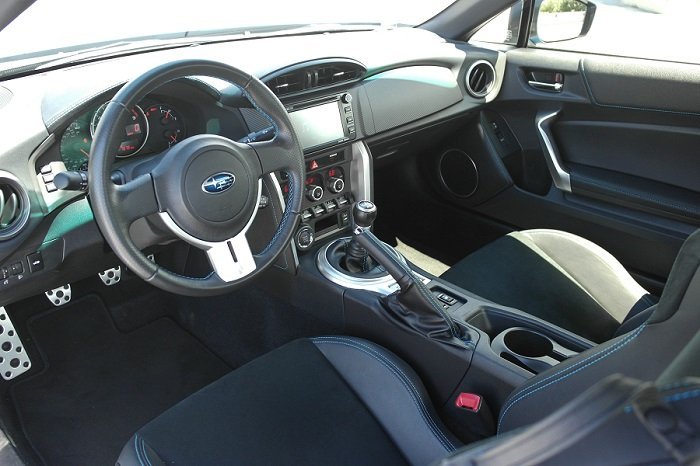 Nice as these amenities are, none of them can hide the fact that the BRZ is an inexpensive car, and the bulk of the development money spent on this platform was directed toward the chassis. I’m not complaining about that fact, but dash strokers won’t be impressed by the Subie’s spartan cabin. The Series.HyperBlue details certainly lift the ambiance over the standard car, but nevertheless, material quality is no more impressive that what you’d find in a Corolla. Sound deadening was largely left on the factory floor in the interest of saving weight, and as a result, the omnipresent sound of chirping crickets (emitted by the engine’s direct injection system) is allowed to permeate the cabin at stoplights. This has the effect of goading you into avoiding long periods of idling – the BRZ is a restless being, after all, and happiest running at a sprint. 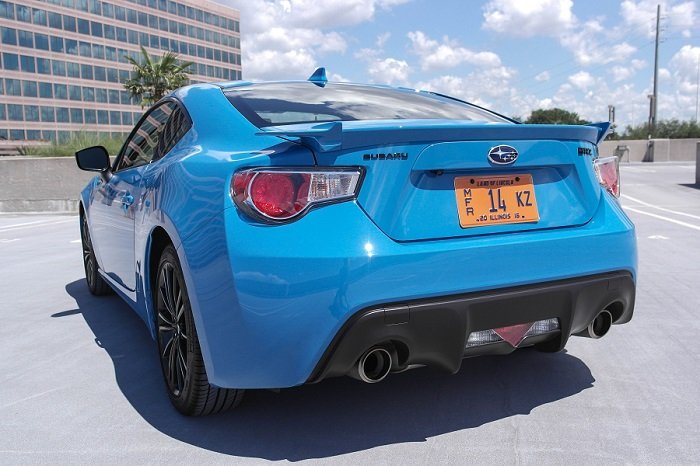 It’s not powerful, and it’s not luxurious, but it is light, cheap, and responds as if possessed of a human soul. Enthusiasts, if they’re really enthusiasts, should be voting with their wallets for cars like these…lest they be the last ones we ever get. 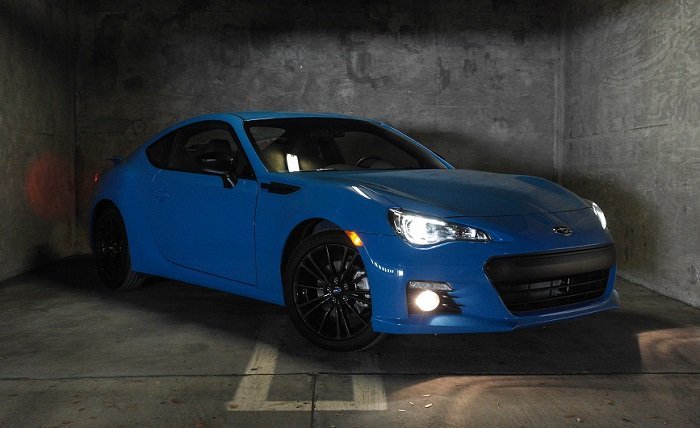