BMW’s first-generation X1, introduced to the world in 2009 and shipped to our shores for the 2013 model year, was a bit of an odd duck. Underpinned by the E90 generation 3-series Touring, it was a low-slung, long-hooded, basically-a-station-wagon version of a station wagon that already existed. In fact, it actually boasted less interior room than the equivalent 3-series wagon, largely as a result of being dimensionally shorter and narrower (and only slightly taller). And therein lies the rub: the X1 was too small for Americans.

Nevertheless, it sold like proverbial hotcakes globally, racking up more than three-quarters of a million sales in six years. It even held its own here in the US, where size matters more than driving dynamics. And in the case of the X1, those driving dynamics were beyond reproach for a crossover. Honest-to-God hydraulic power steering, rear-wheel drive (or rear-biased all-wheel drive), and an available straight-six powerplant conspired to make the X1 one of the “purest” BMWs on sale.

But purity alone doesn’t drive sales. Being positioned as the cheapest four-door vehicle equipped with the Bavarian blue-and-white badge in America certainly helped, though. Many a leased X1 was shifted on the basis of being a “crossover”, while 3-series wagons stood by collecting dust on dealership backlots. And although the entry-level 320i now holds the crown of cheapest four-door BMW, the X1 is barely more expensive – just $1,650 dearer.

To up the X1’s value proposition over its competitors, however, it needed to grow. And to do that without encroaching on the X3’s territory, BMW did something bold – it went front-wheel drive. Sort of. The 2016 X1 is offered only with xDrive all-wheel drive at the moment, but its underpinnings are pure “FF” – a 2-liter four-cylinder turbo is installed sideways into a platform shared with the Mini Countryman. This is a new engine, and though it yields less outright power than the previous four-cylinder X1 (228 horsepower counters 241 in the old car), the new platform is slightly lighter and mated to a quick-shifting 8-speed automatic, so real-world performance is pretty much the same. No six-cylinder model is offered, meaning the outgoing turbocharged six-cylinder model will remain the quickest X1 for the time being. All is not lost, however – the new four-banger’s zero-to-60 time of 6.3 seconds and ample low-end torque help make quick work of light-to-light traffic flow. 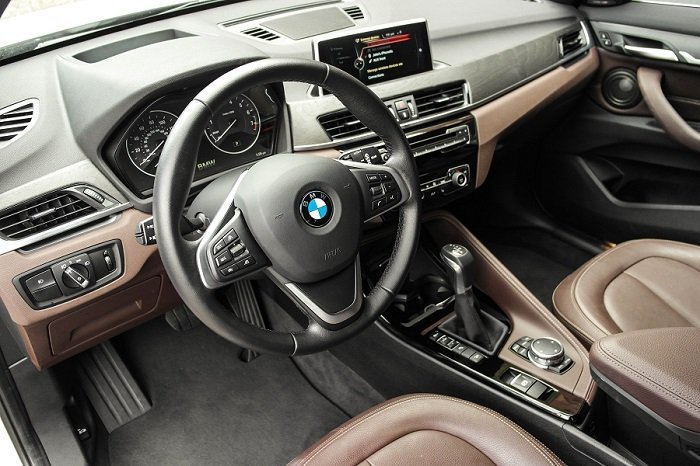 The switch to front-wheel drive has clearly paid dividends in interior room. A taller seating position and a low floor combine to yield massive headroom; rear-seat legroom increases by up to 2.5 inches in the case of our tester, which was equipped with an option 40/20/40-split, sliding and reclining rear seat. Cargo room is also improved, and overall, the redesign makes the X1 the roomiest vehicle in its class. 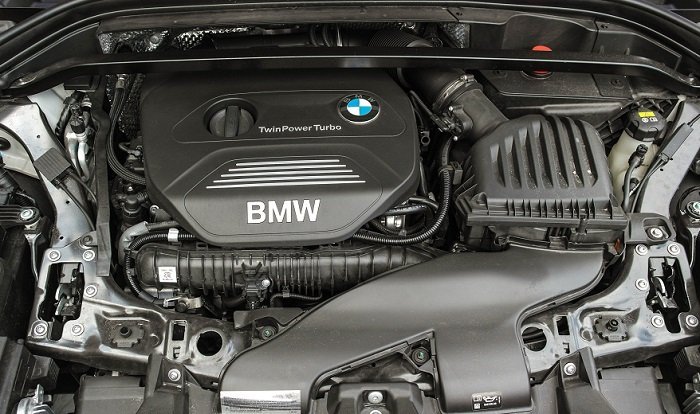 But while it may be beneficial from a packaging and cost perspective, there’s little to be gained dynamically from the X1’s switch to front-wheel drive. Of course, that’s not to say that the target audience is likely to know about, or care about, the difference in layouts. BMW can point to the new car’s lower center of gravity, a wider track, better-controlled damping and more precise all-wheel drive system as dynamic improvements over the previous gen. And you can pitch the X1 into a corner with a surprising level of commitment, aided in part by quick steering and minimal body roll. Nevertheless, under power-on cornering, the steering gets light and the front end eventually pushes wide, betraying its more pedestrian roots. Of the dynamic traits that matter most to these buyers, however, an improved ride is high on the list. The X1’s is mostly polished, though the 19” wheels of our tester contribute to a crashy ride over the worst of city pavement. Stick with the standard-issue 18s if comfort trumps looks in your list of priorities. 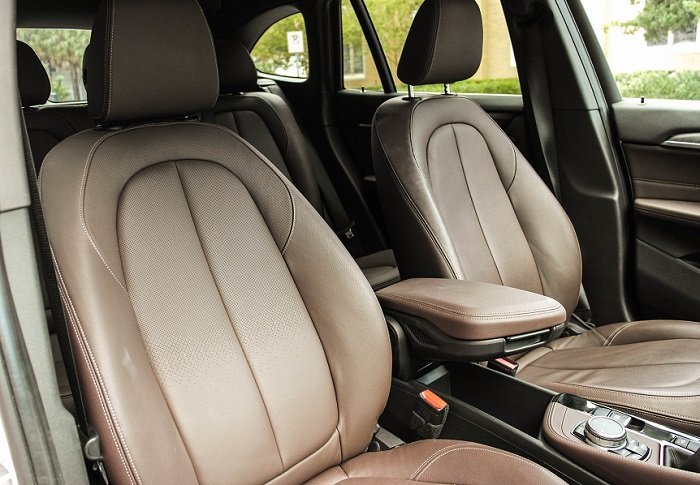 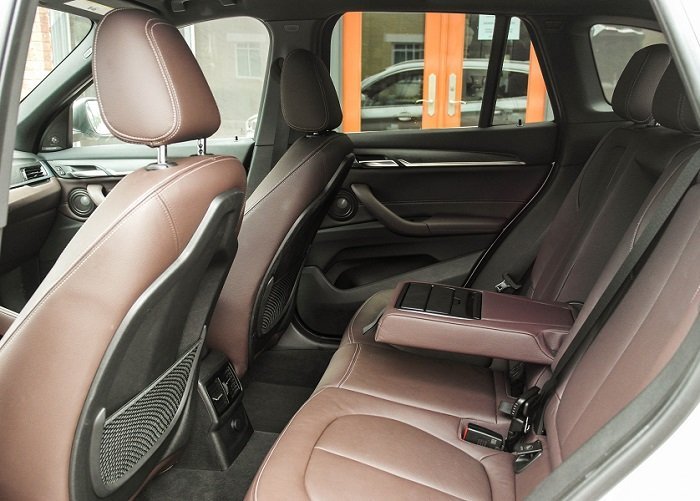 The new interior’s improvement over its predecessor cannot be overstated. This is a much nicer place to spend time, and it’s down to more than just the additional space. Materials are richer and the overall design is far more cohesive than the last model, though the lower center console afforded by the platform change and its elongated shift lever may be jarring at first for BMW traditionalists. Adding to the ambiance is our car’s Technology Package, which gives drivers a heads-up display, enhanced gauge cluster readouts and a larger 8.8-inch center display. Driver Assistance Plus, comprising active cruise control with stop-and-go capability, and a suite of camera-based safety detection systems, are also pulled from the X1’s bigger brothers, and are a welcome addition to the compact crossover market space.

In all, there’s little to fault the X1 for, given its intent. Sure, the enthusiast in me pines for the traditional drivetrain layout of the last model, and wonders what models may be next on BMW’s platform-switching list. But the X1’s target buyer will see the more upscale exterior, a far roomier and more luxurious cabin, and an efficient drivetrain as resounding improvements. As long as the Bavarians keep churning out muscle-bound M models, I can look past a front-driven model here and there. And as for the rest of the compact luxury crossover segment, here’s fair warning: BMW’s gunning for you.