As a nation perennially obsessed with weight loss, it’s refreshing to see those who make our precious consumer goods adopt the same mentality. If there was one criticism to be levied at the previous Lambda-platform GMC Acadia (there was more than one), it was its sheer bulk. Sure, it did a great job at hauling seven humans and their gear, though preferably, at least two of those humans would be less than full-sized. But when it came time to park and maneuver the thing, the Acadia’s size would start to get in the way. Fully loaded, the 3.6-liter V6 was taxed with almost 5,000 pounds of crossover to haul around. Enter this fresh, clean-sheet, newly mid-sized Acadia, some ten model years in the making.

By slicing more than 500 pounds out of the curb weight (GM claims up to 700 in some cases, although such weight comparisons are rarely apples-to-apples) and paring just about every dimension, the engineers have created something right-sized that works better than the old model in most real-world situations you’re likely to encounter. 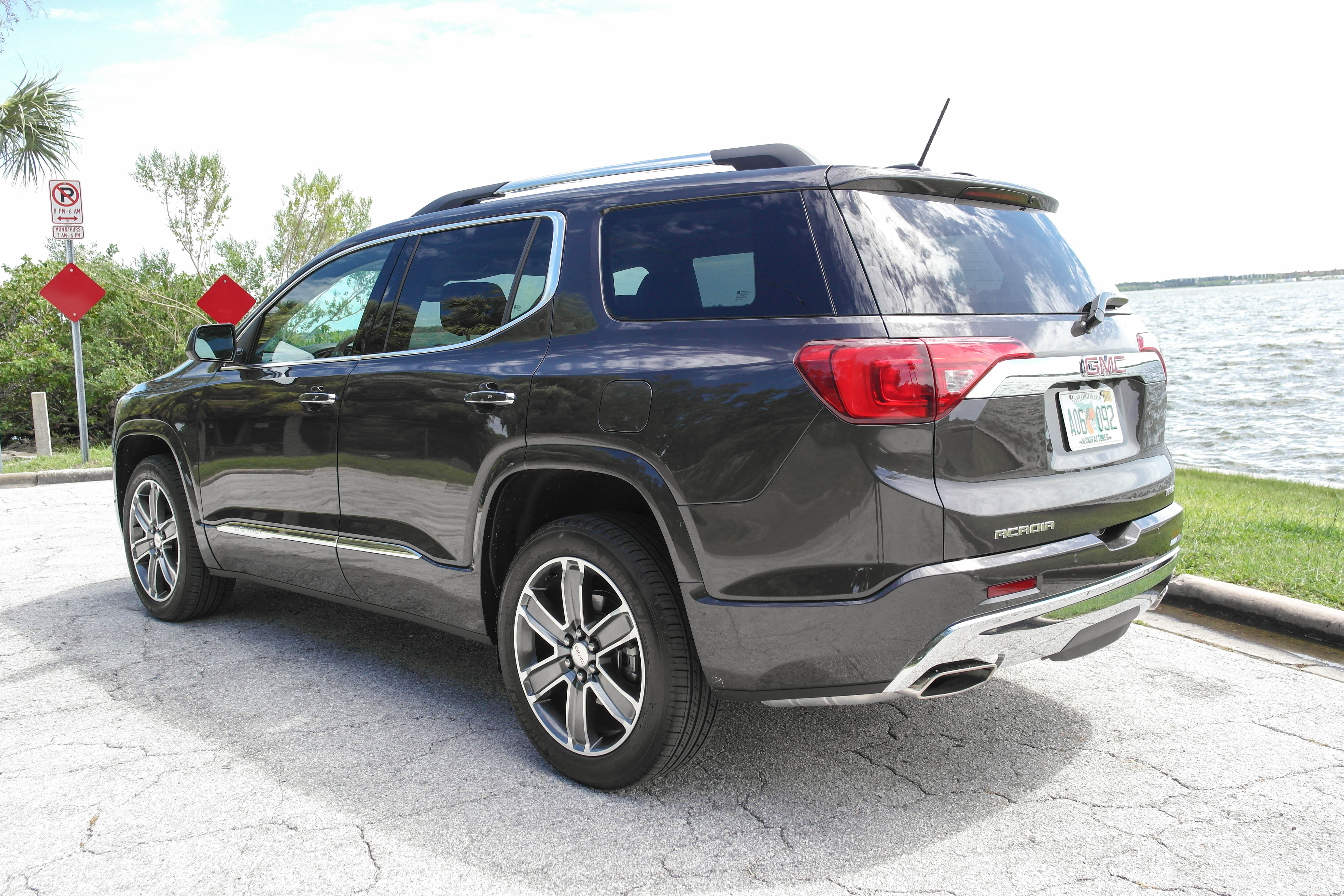 It’s fleeter of foot, naturally – if I lost more than 10% of my body weight tomorrow, I’d probably run faster, too – due in part to a revised V6 that boasts 22 more ponies more than its predecessor. For the first time, a 2.5-liter four-cylinder is standard, though the lion’s share of models – including all Denalis, like our tester – will be sold with the V6. Six-speed automatics are standard across the line and all-wheel drive is optional. 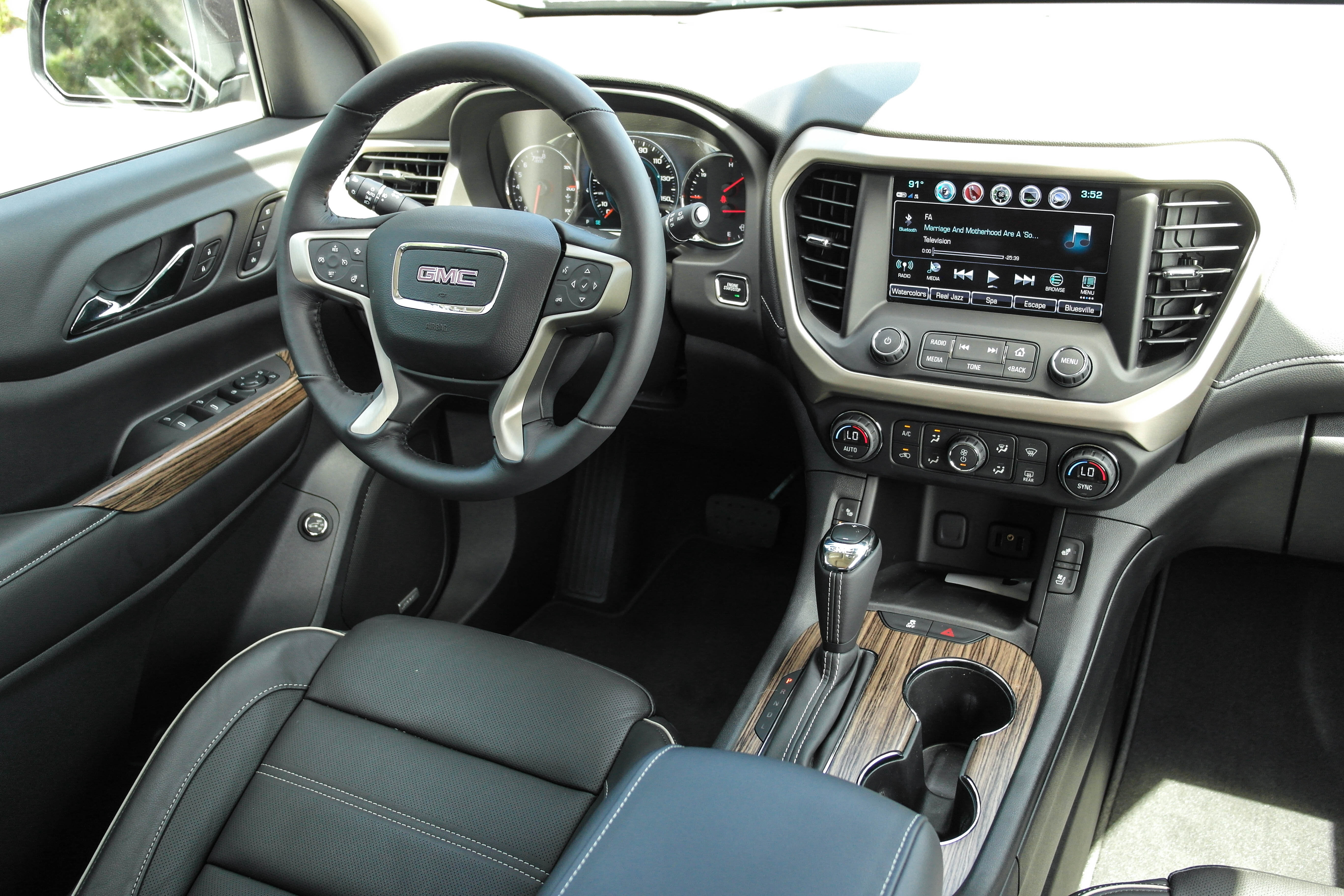 The looks are pleasant enough, in an anodyne sort of way – if it looks like anything, it looks most like a previous-gen Acadia that was accidentally washed on the hot cycle. The interior represents significant progress, not only in materials – they’re above par for the class – but design and feature integration. The previous Acadia’s infotainment was a couple of generations behind what could be considered modern among GM’s systems, but this newest model rectifies that. The touchscreen interface is cleanly integrated, and ergonomics are beyond reproach. There’s a simplicity of design here that belies the level of equipment on offer, which is generous, although for the Denali’s sticker price, you’d expect it to be. 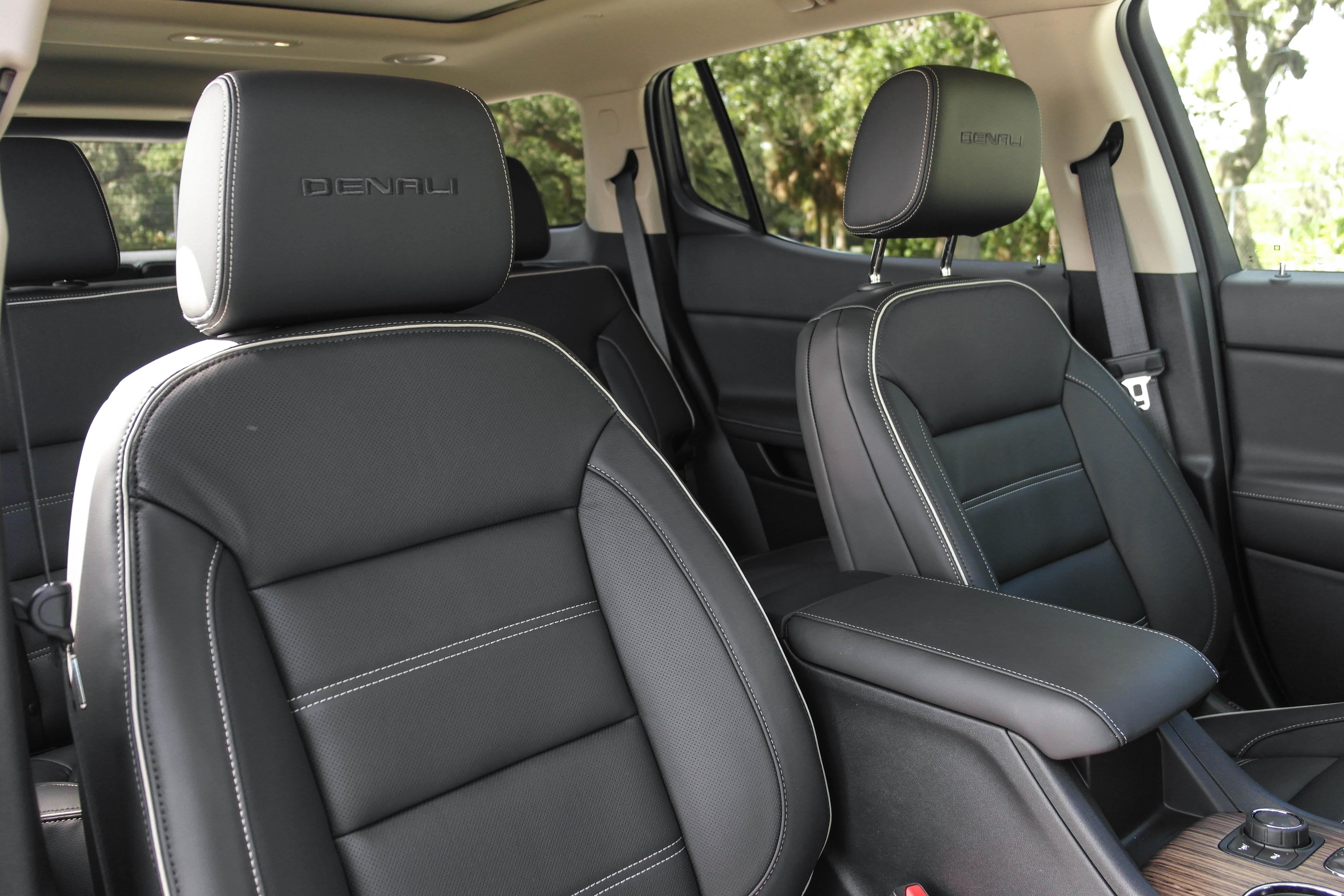 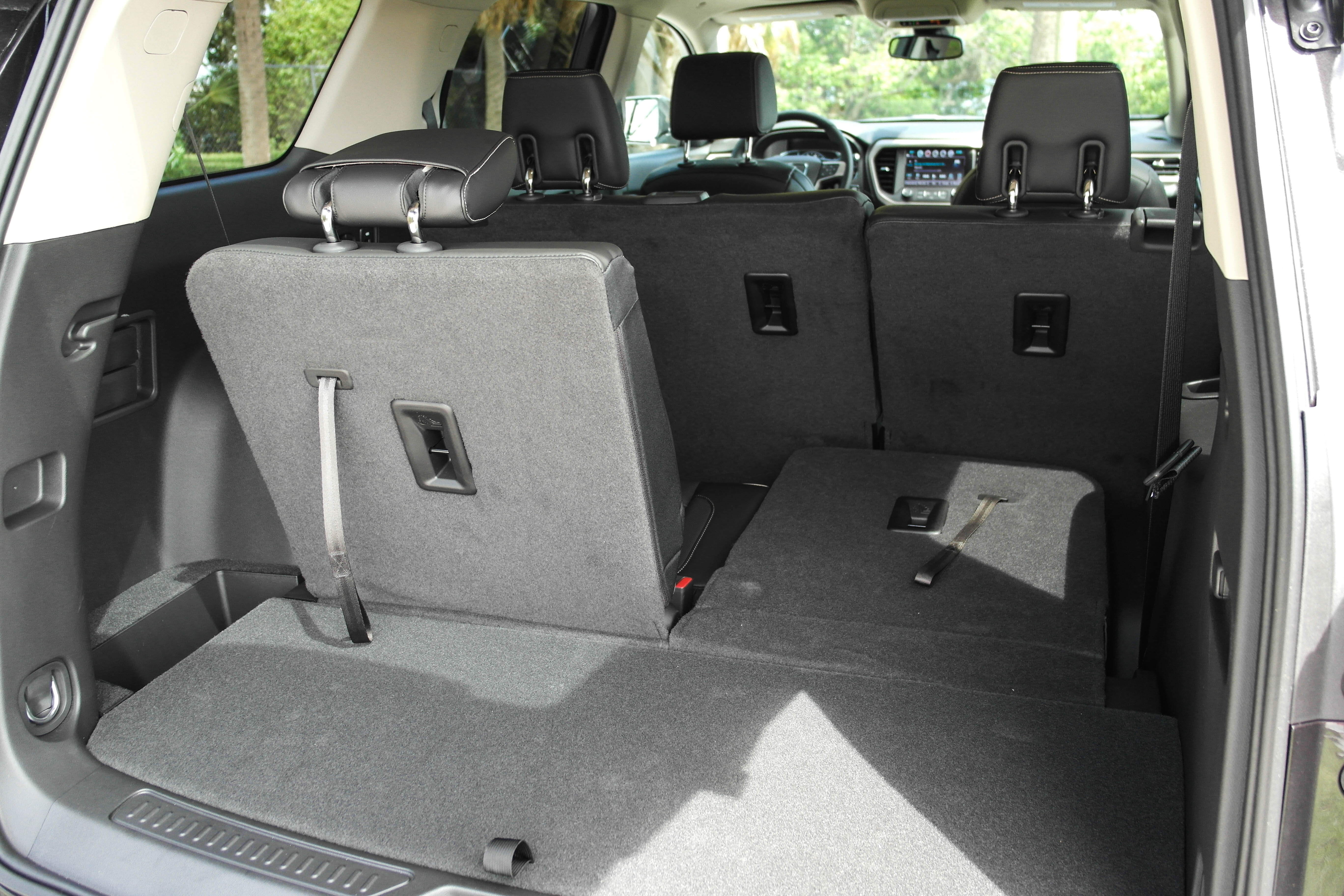 There are thoughtful touches littered throughout the GMC’s cabin. An easy rotary knob spins through the various drivetrain and chassis settings and falls easily to hand. The power tailgate release can also tailor the height where you want the tailgate to stop, avoiding collisions with garage door openings and low ceilings. There are map lights, air vents and USB charging ports for the outboard positions in both back rows. And behind the flat-folding third row is an underfloor storage area ideal for keeping grocery bags from flying every which way. Clearly, someone on GM’s staff was made to sweat the details here. 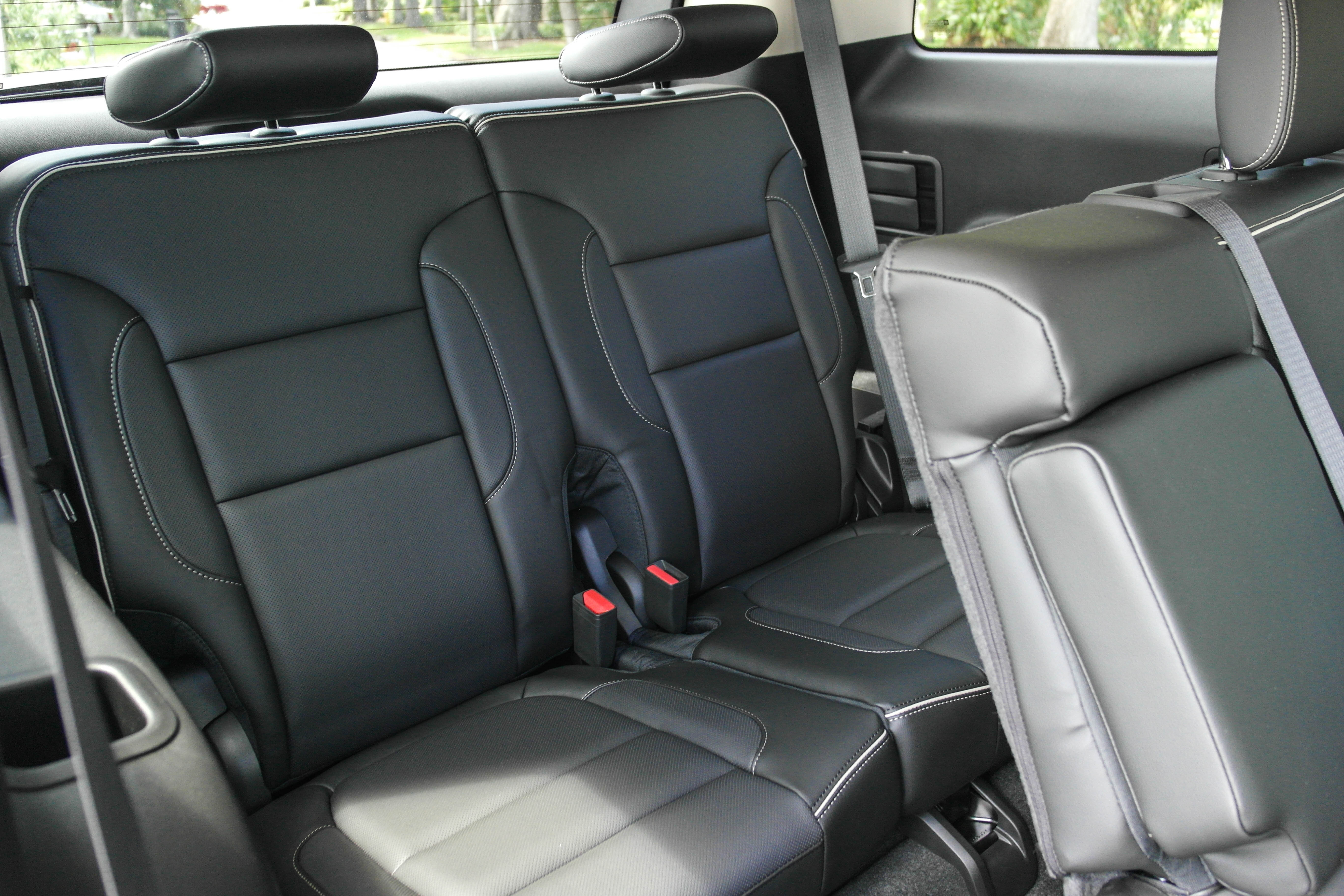 The Acadia’s highway manners also feel all-of-a-piece. You won’t find the verve exhibited by the segment’s sports car, the Mazda CX-9, nor the grunt of a Hemi-equipped Dodge Durango, but against the rest of the competition, the Acadia acquits itself extremely well. Body motions and road noise are quelled in equal measure, and most large road imperfections passed unnoticed under our tester’s $1,200 variable dampers . There’s at least some semblance of feel through the wheel, and what’s left of the Denali’s bulk is distributed low enough in the chassis to keep body lean nicely in check. 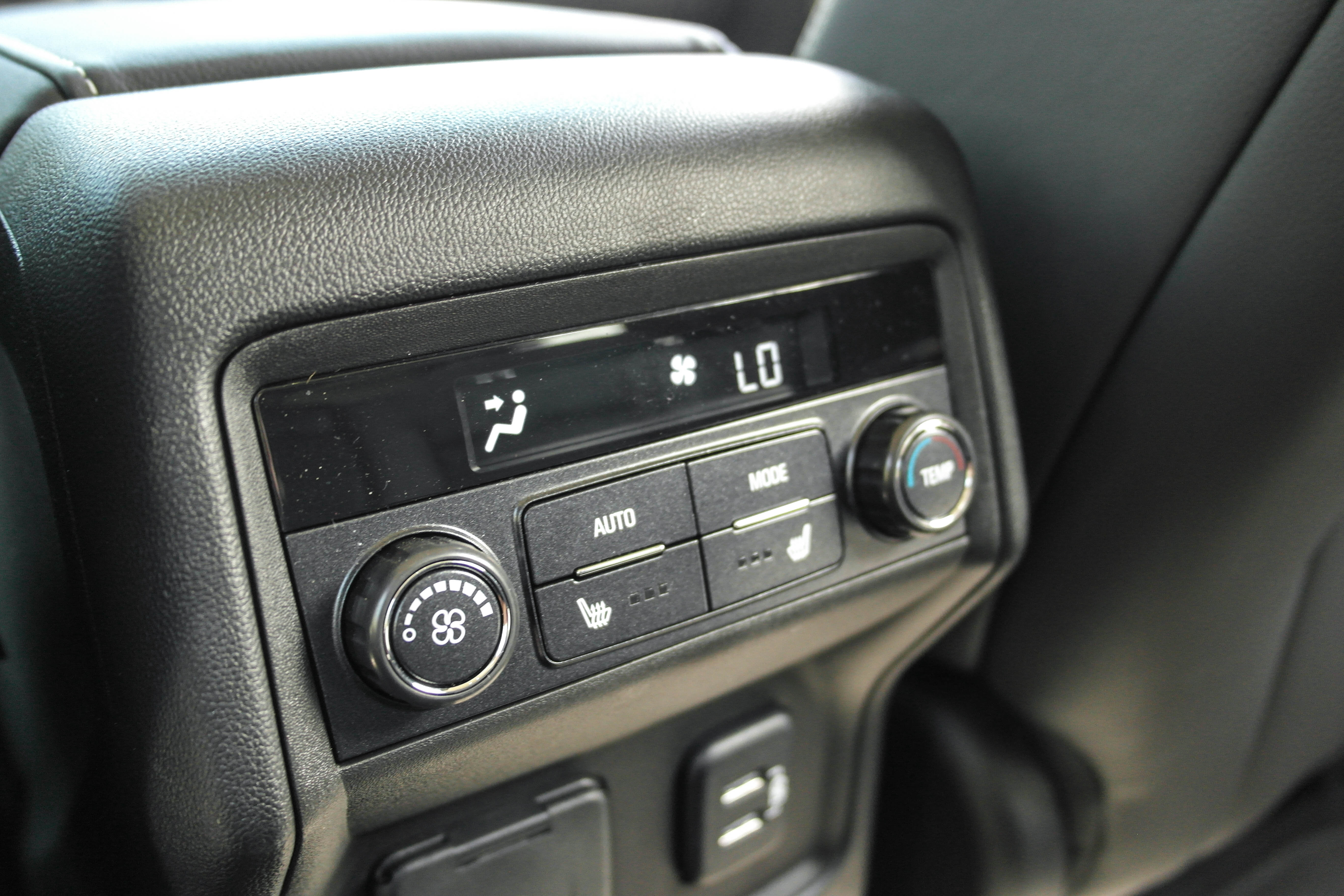 As mentioned previously, the direct-injected 3.6-liter LGX V6 spins out its 310 ponies smoothly through a 6-speed automatic; expect a transmission with more ratios on the not-so-distant horizon, as GM is readying 8- and 10-speed automatics for various applications and we expect the 6-speed to go the way of the dodo any time now. As it stands, our all-wheel drive tester still managed to eke out a 21 MPG combined average over one week, a sizeable improvement from the high-teens we averaged in this car’s predecessor.

The Acadia’s biggest shortcomings – sheer bulk and sub-par fuel economy – have both been solved in one fell swoop by the new generation’s downsizing. It’s now a solidly recommendable entry.