The Wrangler, in a world chock-a-block with homogenized product offerings, still stands out as one of those love-it-or-hate-it affairs. The hokey slogan “It’s a Jeep thing, you wouldn’t understand”, so commonly emblazoned across the windshields of these trucks, actually rings true when you’re behind the wheel. The driving experience that at first seems so appallingly outdated really does grow on you as the miles go by; it becomes quaint, even endearing. My first full week with a Wrangler left me with pangs of despair when the keys were taken away. But that was a hardcore Rubicon – would the tamer Sahara elicit the same feelings? 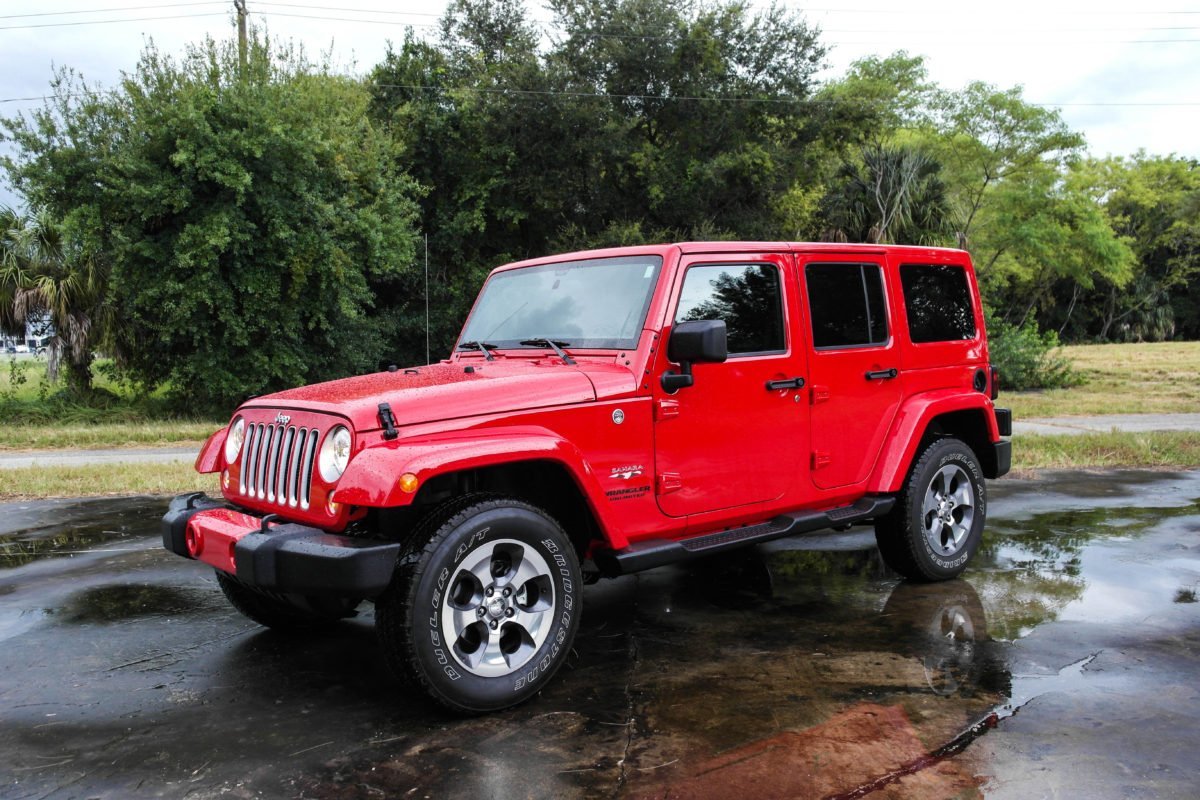 All Wranglers are powered by a 3.6-liter Pentastar V6 coupled to either a 5-speed automatic or a six-speed manual, and four-wheel drive. But the devil is in the details. The Rubicon I drove back in January featured beefier Dana 44 axles front and rear with electronic lockers (the Sahara sports a Dana 30 up front, which is 14 fewer Danas), an upgraded transfer case, a 4:1 low range crawl gear (as opposed to 2.72:1 in the Sahara), a front swaybar disconnect and knobby 32-inch tires. All of this stuff is great for helping it negotiate that craggy trail in California from which the Rubicon pilfers its name. But for cruising down to Starbucks? Not so much. 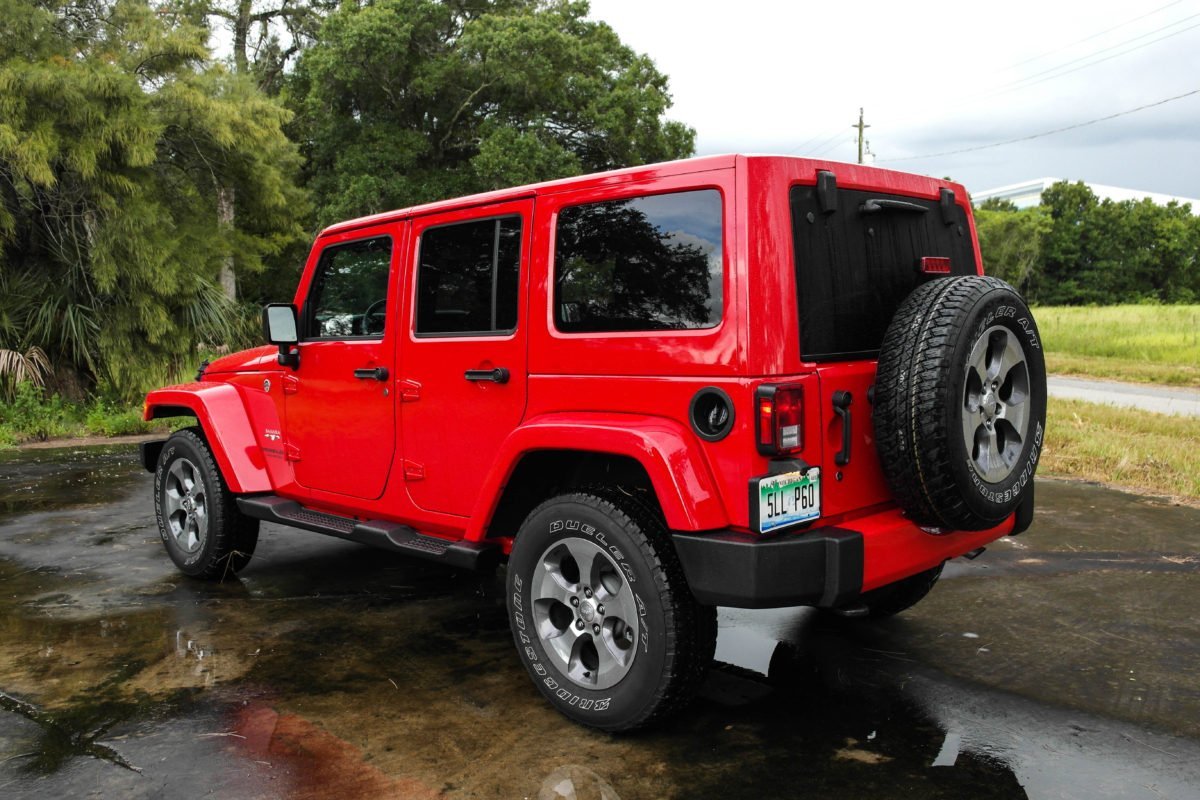 On the road, the Sahara emerges as the clear victor between the two models. The omnipresent thrum of the Rubicon’s BFGoodrich Mud Terrains is gone, replaced with a far more mild slap from Bridgestone Duelers wrapped around 18-inch alloys. In every respect, the Sahara is a far more liveable proposition for those weekend warriors who don’t care about the dramatic posturing of the Rubicon – because, let’s be honest, even if a few owners take the Rubi off road at some point, few are likely to fully tap the extra potential offered by its beefed-up underpinnings. They’d probably be able to get just as far off the beaten path in a Sahara. 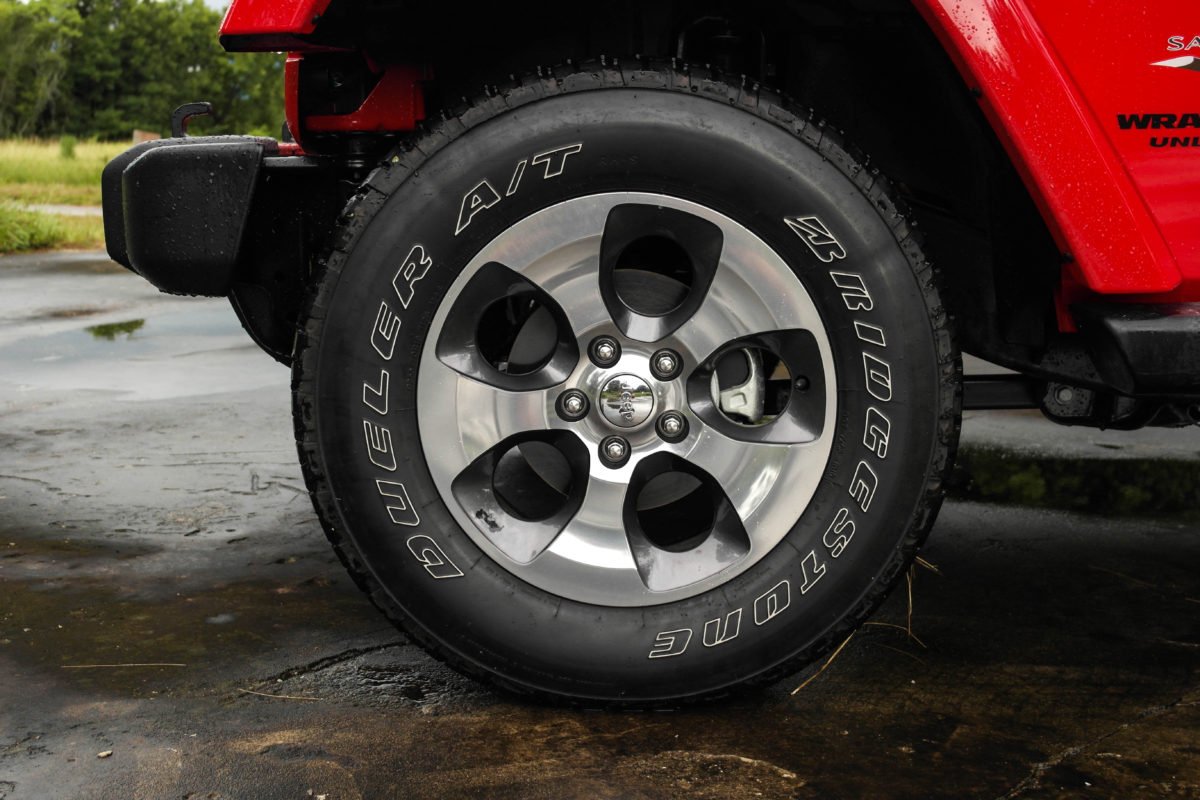 With similar equipment and an equal disdain for the quiet solitude and creature comforts offered by most modern utility vehicles, the Rubicon and Sahara feel very much the same from behind the wheel. There’s heated leather seating, sure, but everything else feels at least a generation or two removed from modern vehicles – probably intentionally. The touchscreen system offered here has nothing on the 8.4” Uconnect system found everywhere else in the Fiat-Chrysler universe. That you can hear the stereo at all above 60 MPH should be considered a blessing, considering the brick-like aerodynamic properties of the Wrangler. An upgraded Alpine speaker system is available for the Unlimited, and unless you plan on bringing your own headphones, it’s highly recommended. 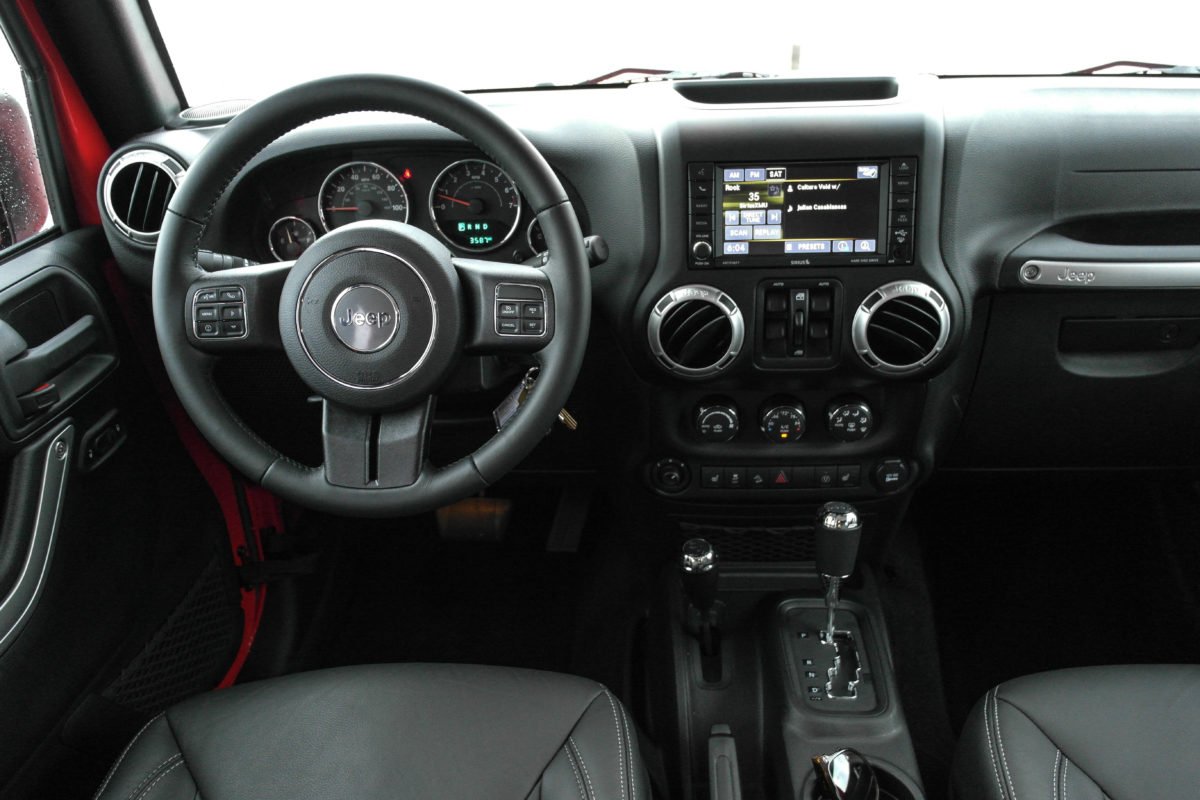 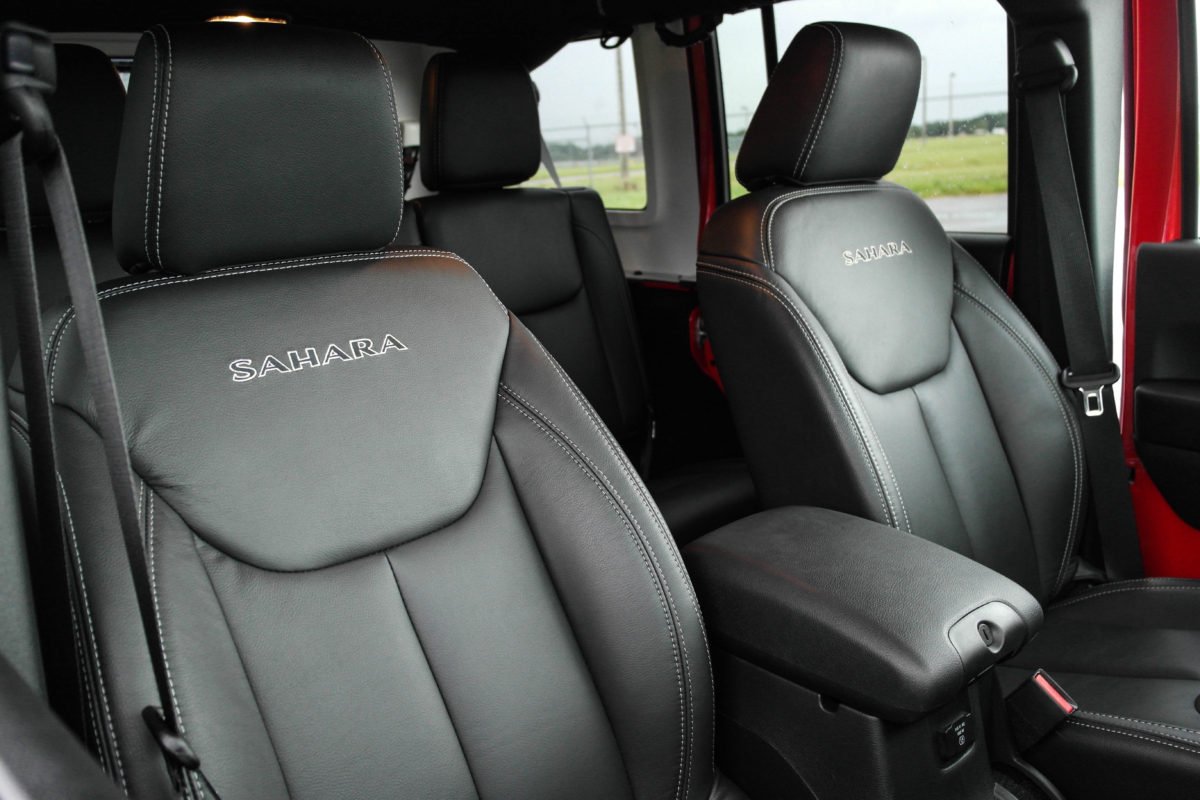 For as many foibles as the classic Jeep presents, there are twice as many pleasant surprises. The upright windshield and stubby wipers lend it a feel of the past that no other vehicle sold today captures. The ride is surprisingly civilized, given how tough the underpinnings are, and it holds itself to the road at highway speeds with no disconcerting movements. Sure, the steering feels linked to the wheels with rubber bands and sticks, but what do you expect for something designed to hop over fallen tree trunks and then cruise home at 70 MPH? 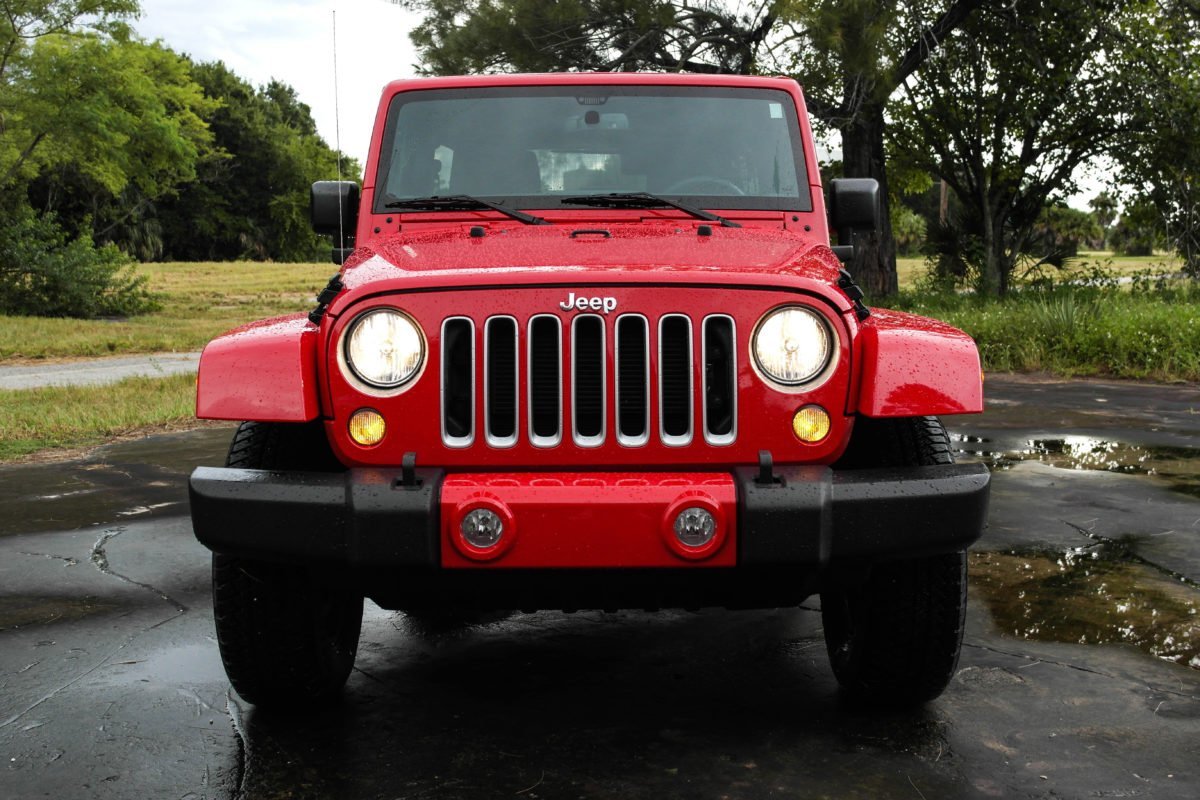 With the endlessly flexible (albeit pricey) Freedom Top configuration of our tester, there’s no excuse for not taking advantage of fair temperatures and sunshine when the mood strikes. It’s not quite as easy as the one-move top of the Miata, but it’s no more difficult than popping the targa roof off a Corvette. With a bit of elbow grease, the rear roof section and doors will come off in short order, as well. You could probably fashion something similar with another SUV, but you’d need a few hours with a sawzall to make it happen, and it may negatively affect resale value – something the Wrangler has in spades. 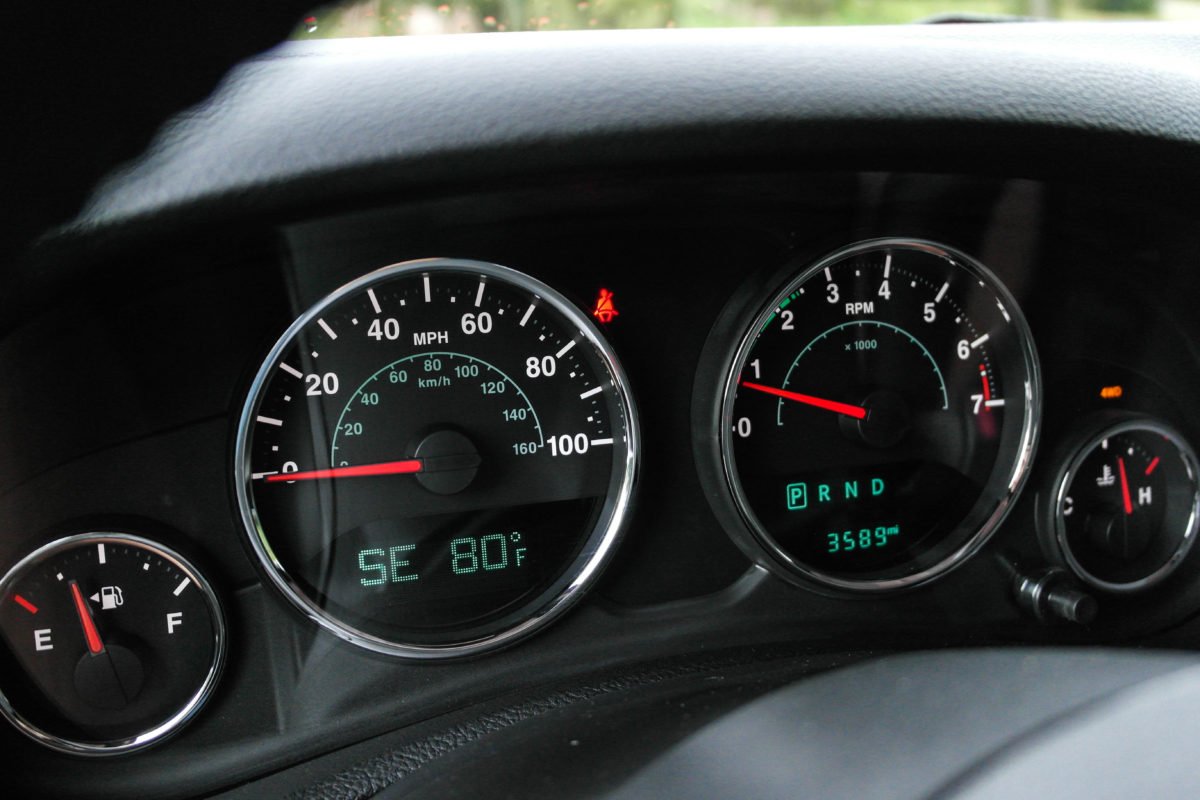 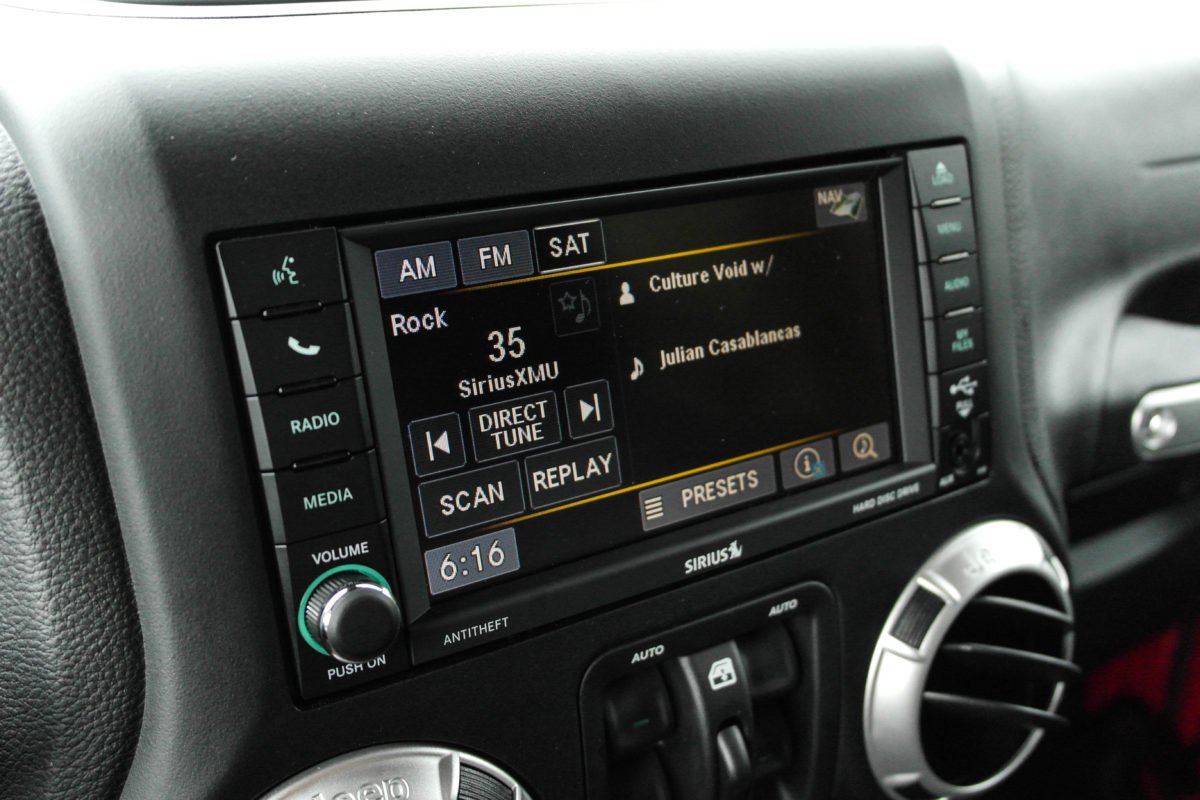 Because the Wrangler has no true rivals now that the FJ Cruiser (which was sort of a wanna-be rival anyway) has left the market, it’s tough to properly judge the price it commands. The Wrangler’s resale values have proven that because it offers such a singularly unique motoring experience, Jeep can charge almost whatever they want for the Unlimited – within reason, of course. Any sane person would find the $44,495 commanded by our tester ludicrous – the floors are barely carpeted, sound deadening is nonexistent and the fit and finish is questionable. But then again, maybe it’s a Jeep thing – and they just don’t understand.