Undeterred by this season’s heaviest snowfall, Speed:Sport:Life trudged over to McCormick Place from our downtown Chicago offices – AKA my apartment – to check out the assorted new metal spread across what is actually this country’s largest new car show. The layout of the place is impressive indeed, with one million square feet and no fewer than three indoor ride and drive experiences hosted by manufacturers. Amid the wide diversity of vehicles on display, a few stood out – below are the ones that left a mark, as well as the show award we feel they’re most likely to win. 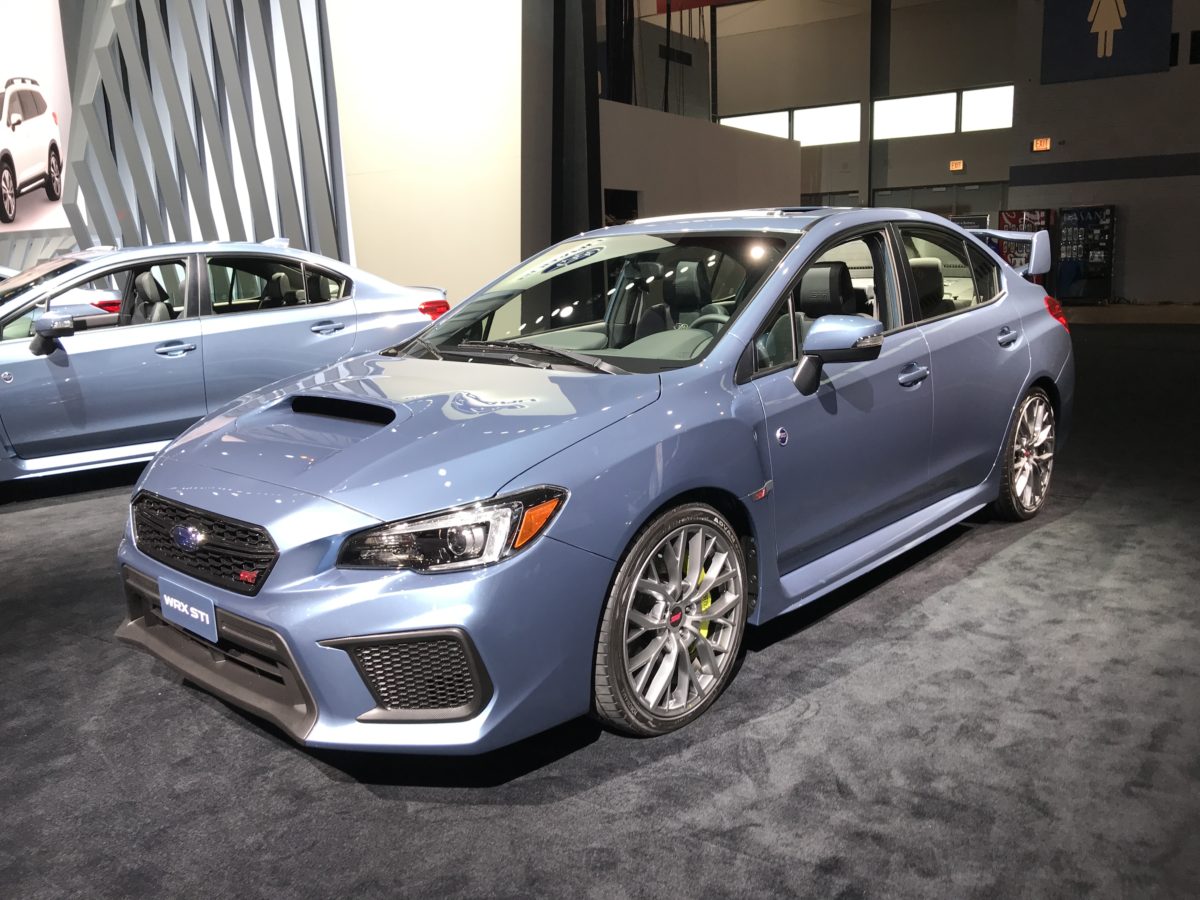 Chicago has a reputation for hosting mostly “special editions and tape-and-stripe package” reveals, so it makes sense that Subaru chose to unveil its full line of 50th Anniversary special edition models here, which celebrate half a century of the brand’s presence on our shores. And I must say, the color they chose to paint each of them looks particularly awesome on the STI. Baby-blue-meets-mauve shouldn’t be this appealing on a sporty vehicle, but for whatever reason, it works. Only 200 will be made, so if you find this color as fetching as I do and are in the market for an STI, get in line quickly.

The one big “unveiling” of the show was the VW Arteon, which was first shown to global audiences last year but hasn’t yet been seen in US spec. Luckily, the important bits from the Euro-market model – notably its sleek, low-slung styling and 268-horse turbo four – stay exactly the same for us. Ostensibly an modernized version of the very-long-in-the-tooth CC, it’s essentially a far prettier Euro Passat with a nice interior and a hatchback. Pricing is still pending, but figure mid-30s to start rising to mid-40s well-equipped. 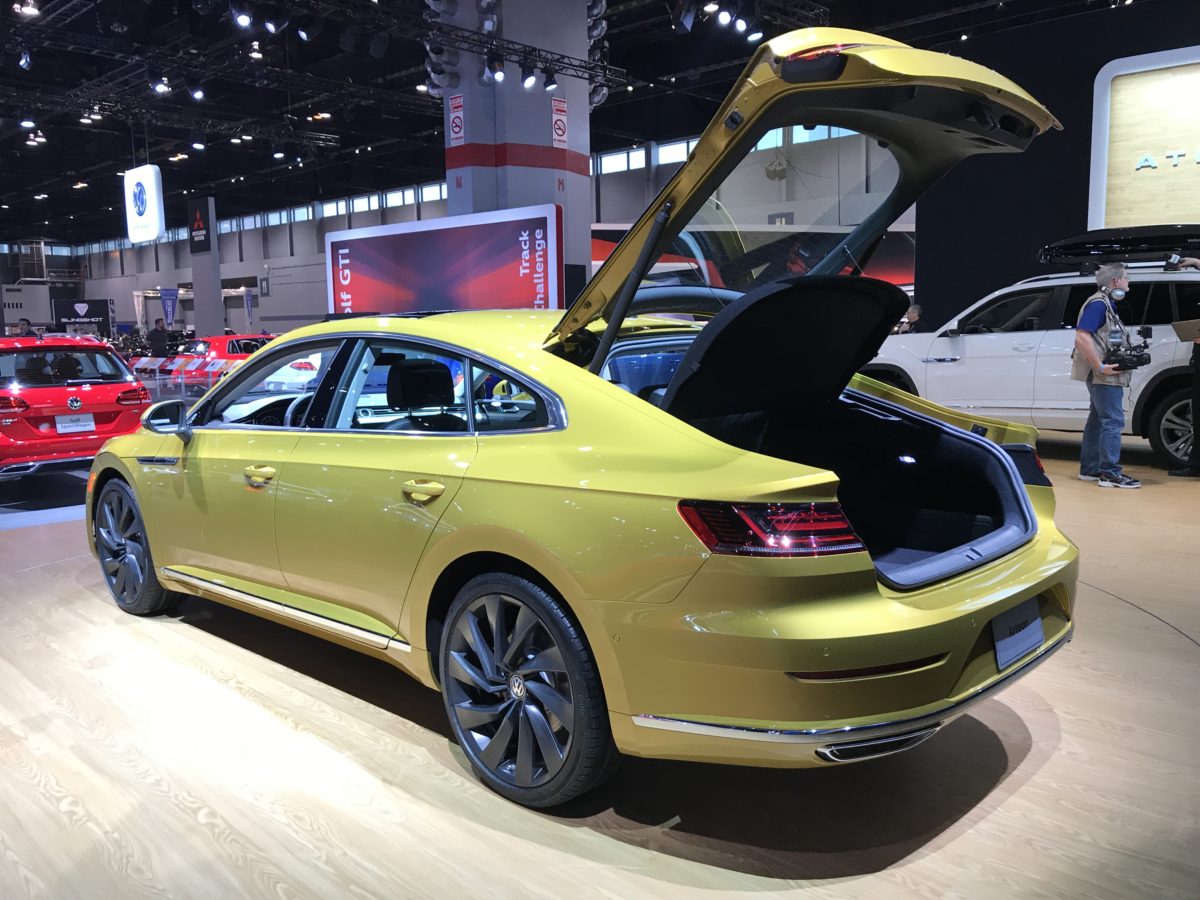 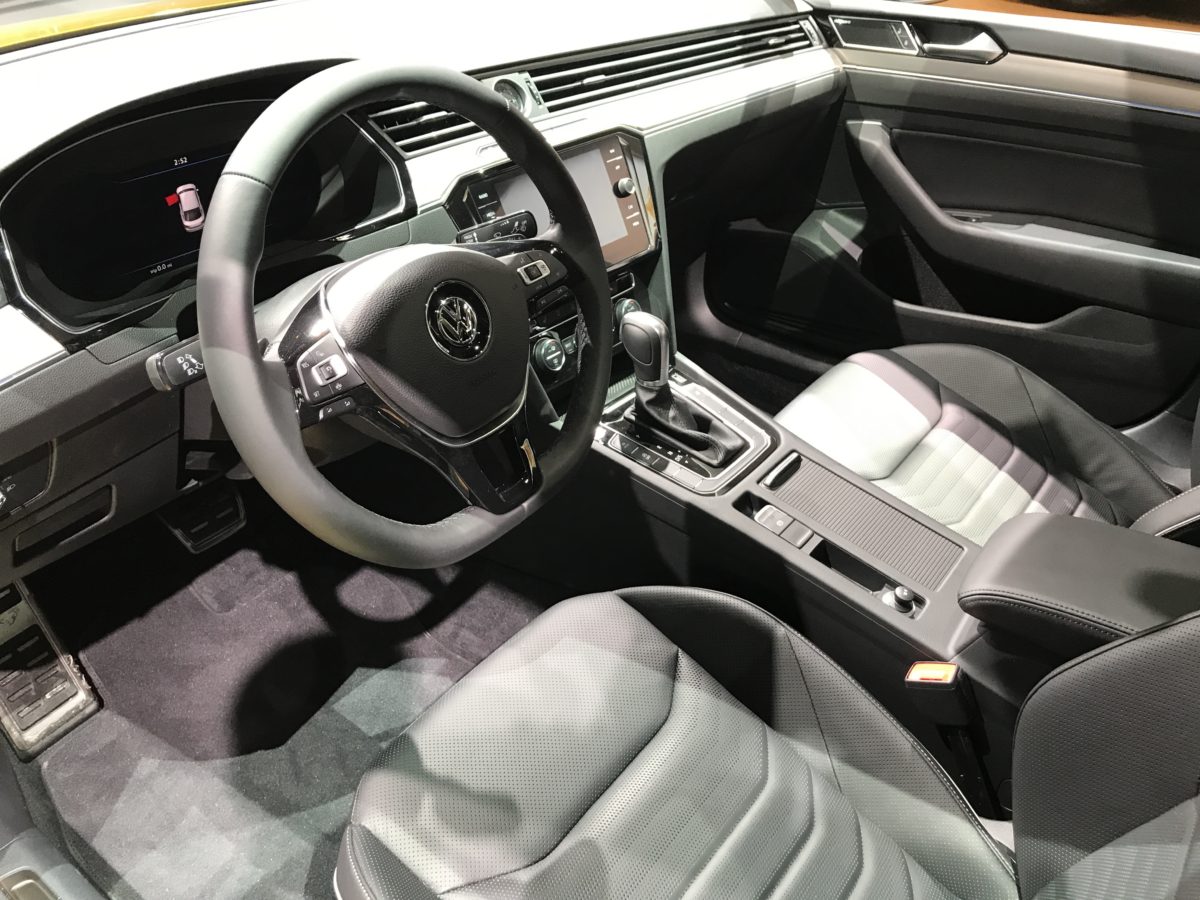 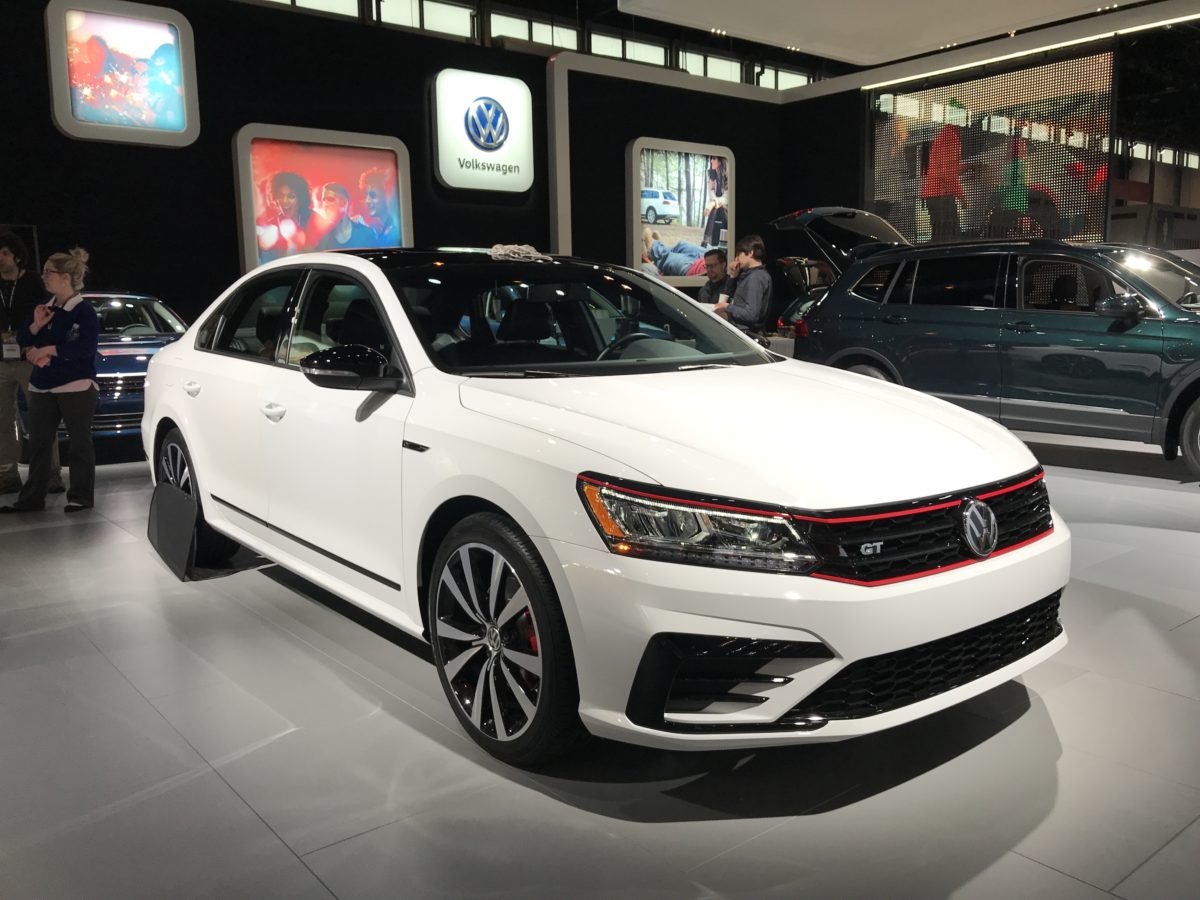 Meanwhile, if you want a Passat with GTI visual cues, there’s the actually-not-bad-looking Passat GT. I can’t imagine too many buyers besides hardcore VW loyalists being swayed from the newly redesigned Accord or Camry for one of these, but the option of a US-built Passat with additional visual verve now exists for those who want it. 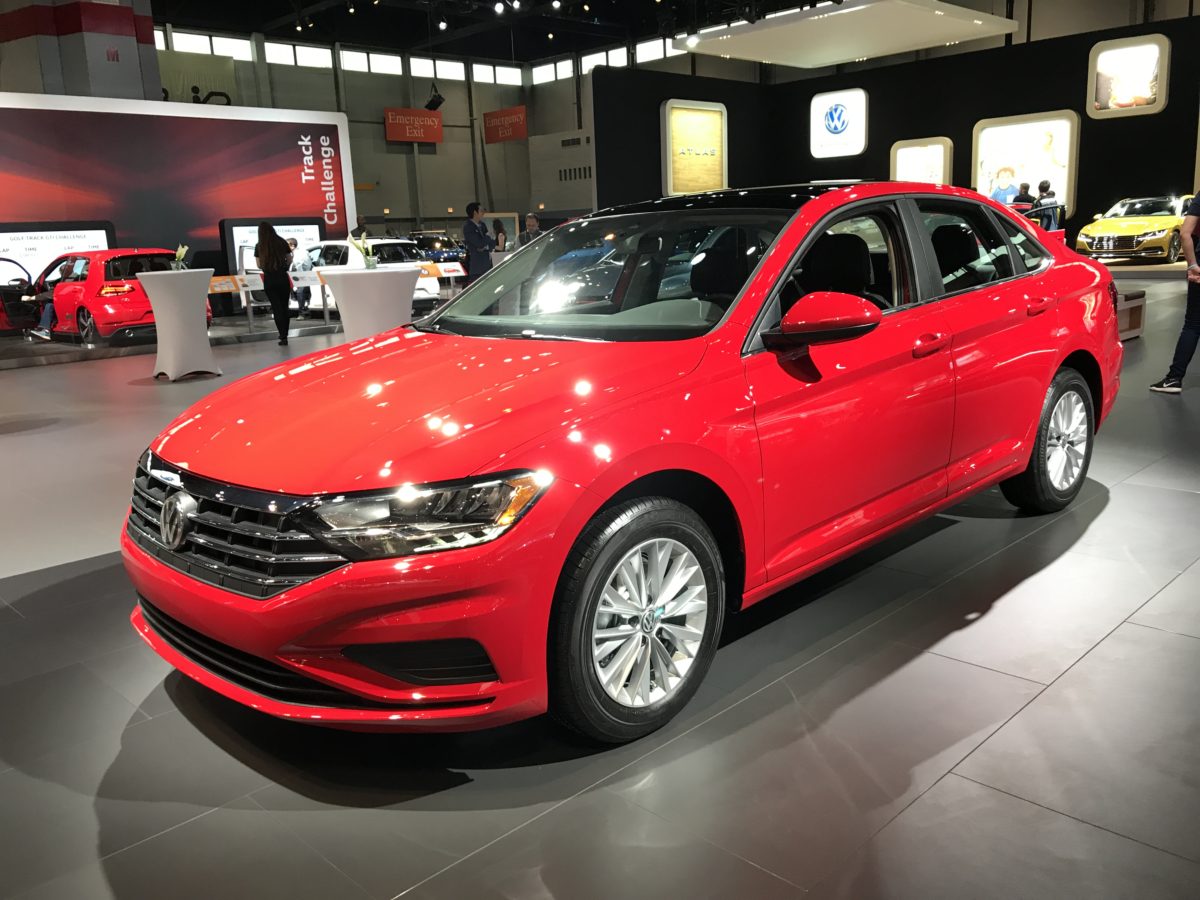 Alright, I know the model pictured is not the most loaded trim level with the nicest wheels, but even for a mid-level model, this new Jetta looks pretty sorry for itself. Why do we get this high-rider that looks prepped for the rough streets of the third world when even Honda now sells us a sleek, stylish Civic sedan? Couldn’t we have gotten a mini-Arteon instead of this scaled-up Fox? 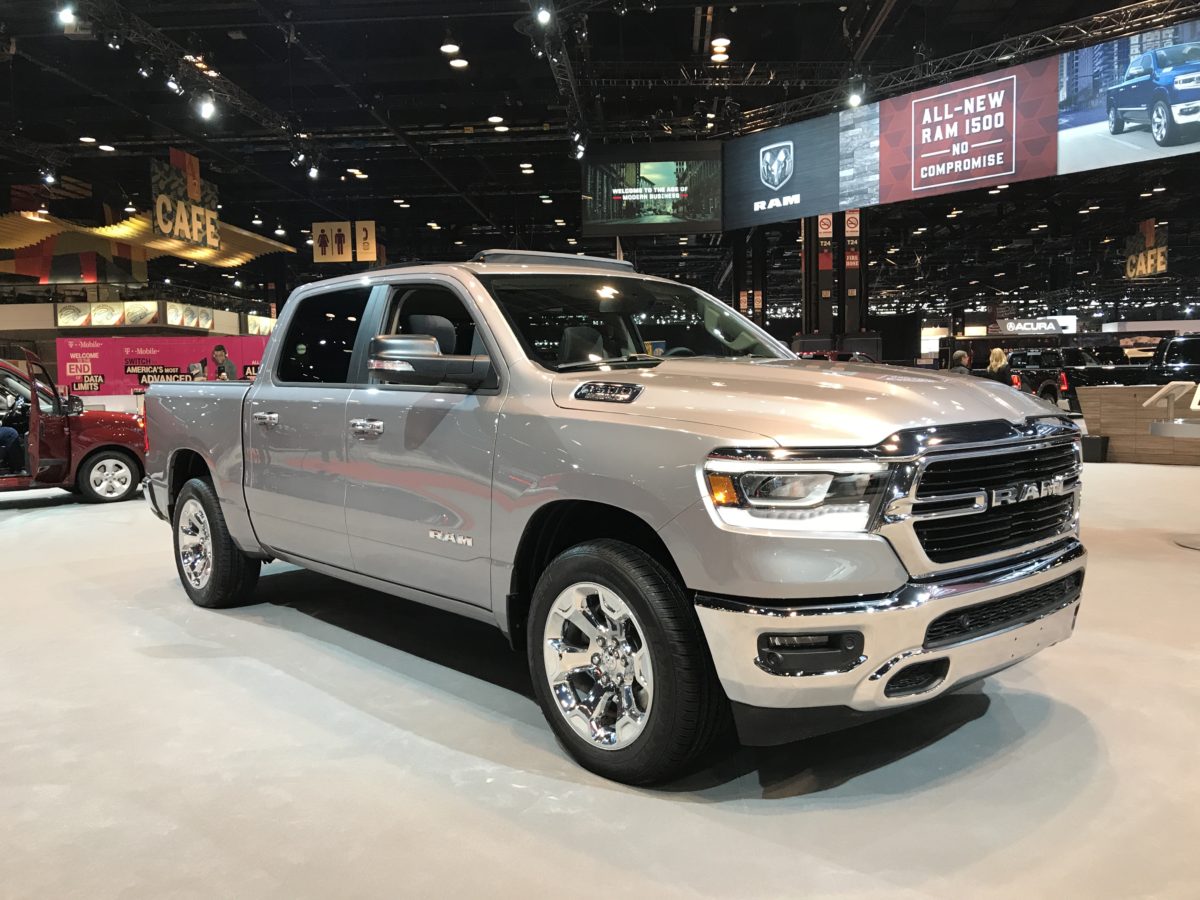 The new Ram was one of those vehicles that failed to “wow” me in photos when it was unveiled last month, but completely reversed that impression in person. While it doesn’t break new ground visually, it does look clean and comprehensively updated from the model it replaces. And that interior. Even the lower-level Bighorn model pictured here has a snazzy, substantial-feeling cabin. Every element feels well thought-out and nicely screwed together, and there’s honest-to-God cloth seats that feel likely to hold up far better than the typical cheap leather jobs. If you have to have leather, the Limited model (second photo) covers the dash and grab handles in rich, contrasting-stitched swathes of the stuff. 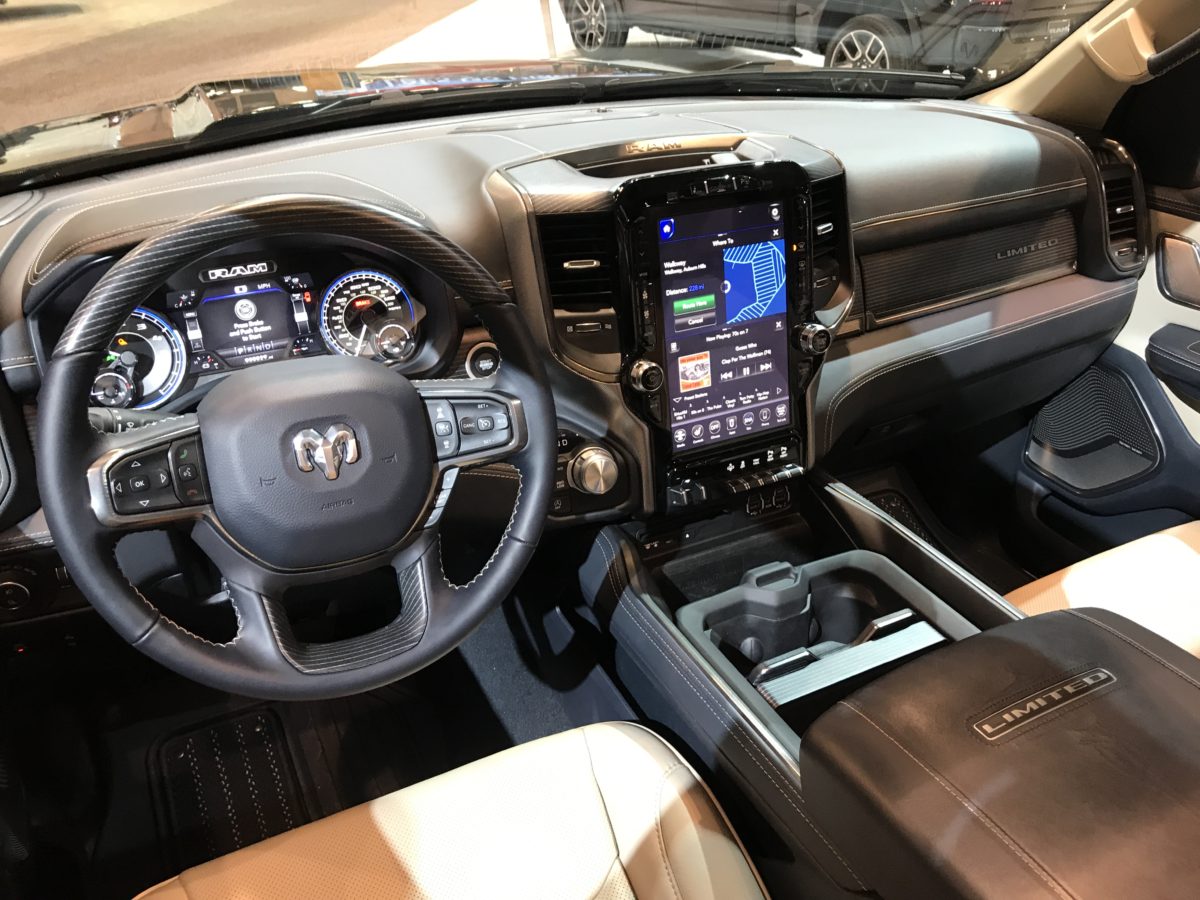 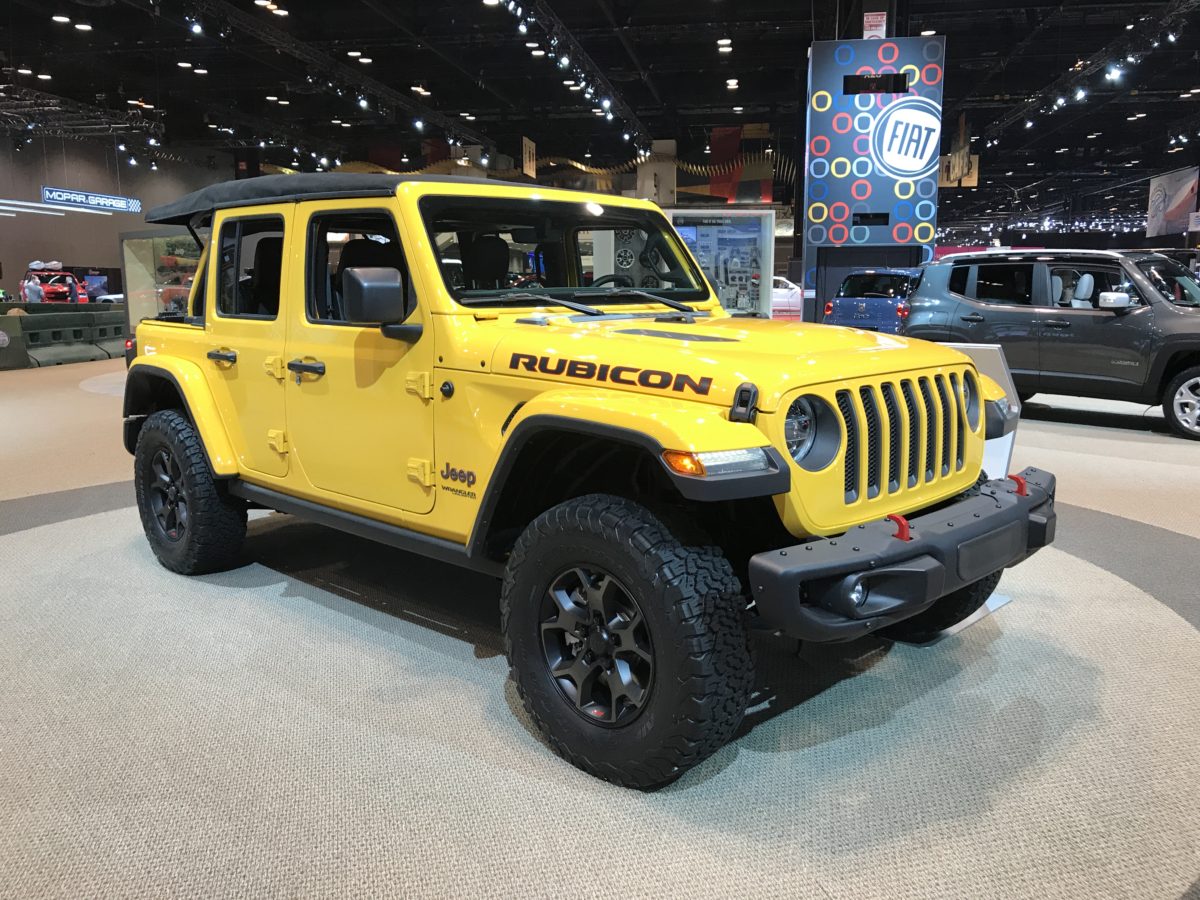 More evidence of FCA pulling their collective thumbs out comes by way of the revamped JL Wrangler. There was a serious opportunity for the Jeep brand to screw this one up with too much tech, too much refinement, too much watering-down to appease the kind of daily commuting use these things mostly see. And yet, despite all the new technology and doo-dads, this JL is still firmly a Wrangler at heart. The short-dash, bolt-upright greenhouse vibe remains, and the interior, while admittedly a nicer place to be, feels every bit as rugged as you’d want a Jeep to be. The fact that they’ve added even more capability and flexibility to the package is icing on the cake. They’ll sell a ton of these. 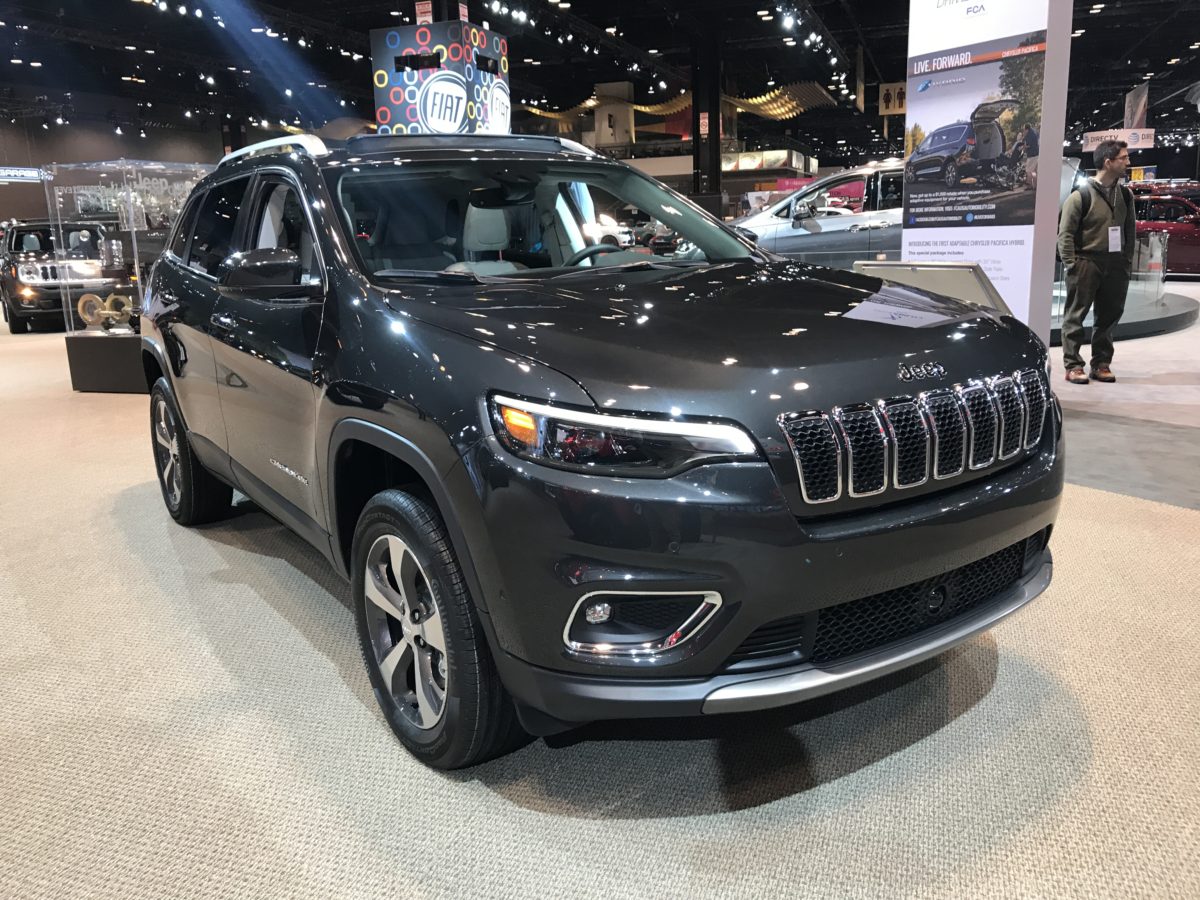 While the Cherokee plays the rental lot darling role more often than retail sales queen within the compact crossover world, it nevertheless brings in plenty of money for its maker and thus proved itself worthy of a semi-comprehensive mid cycle refresh for 2019. This one sees the much-maligned, squinty face of the previous model softened into a slightly more pugnacious-yet-appealing maw that better blends into the suburban background. A new turbo four pairs with the less-than-appealing ZF 9-speed automatic as the range topping powertrain combo.

Volvo’s recent “me too” addition to the small luxury crossover game is actually quite an interesting little thing. With a contrasting roof option (black as seen above, or white for other colors), upturned C-pillar and the option for ORANGE CARPETING, it’s banging the style drum pretty loudly. It’s also got a slew of handy cabin storage cubbies, a hidden cargo floor in the trunk, and the same tech-heavy option sheet as its larger -60 and -90 series Volvo siblings. The T5 model pictured here sports 248 horsepower, available all-wheel drive, and a 3,630-pound curb weight. Assuming the R-Design model doesn’t ride like an oxcart (an affliction of its stablemates), it could be a very strong contender at its $35,000 starting point. 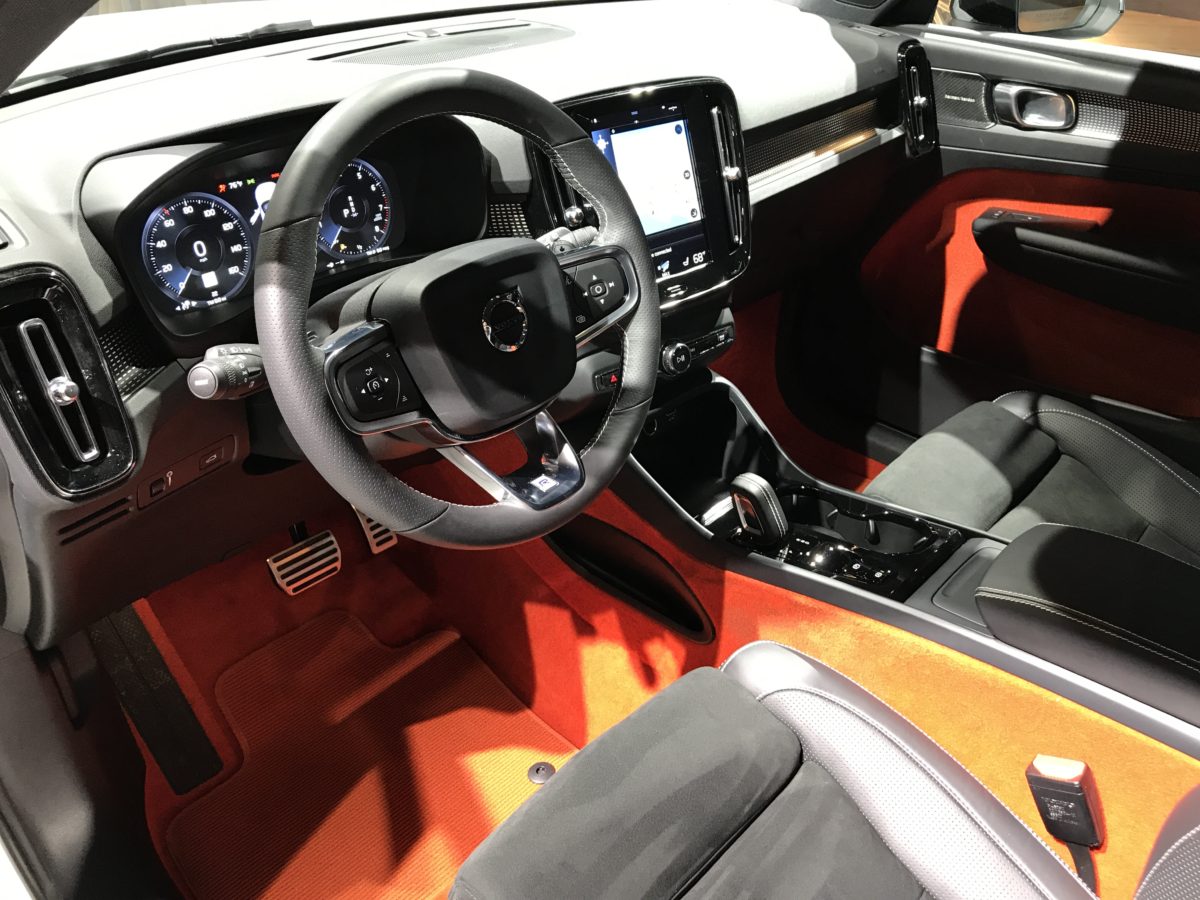 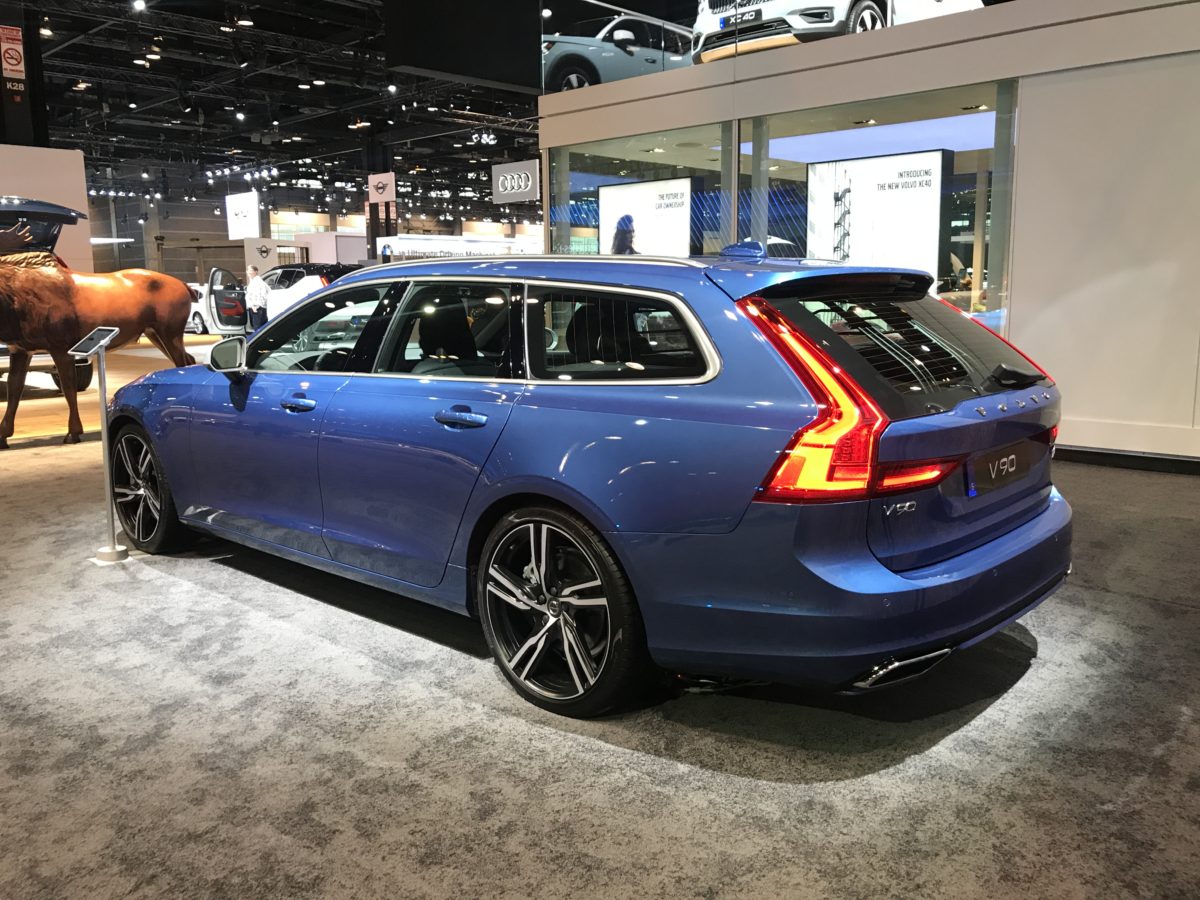 What we have here is a long, blue, stunning-looking station wagon with a turbocharger, a supercharger, and 316 horsepower. It’ll be showroom poison despite receiving numerous kudos from enthused forum-frequenters, who will snap them up like hotcakes once they drop below $20,000 on the used market. Actually, you probably won’t even see one in a showroom – the R-Design is custom order only. But this one certainly looked excellent sitting on McCormick’s floor. 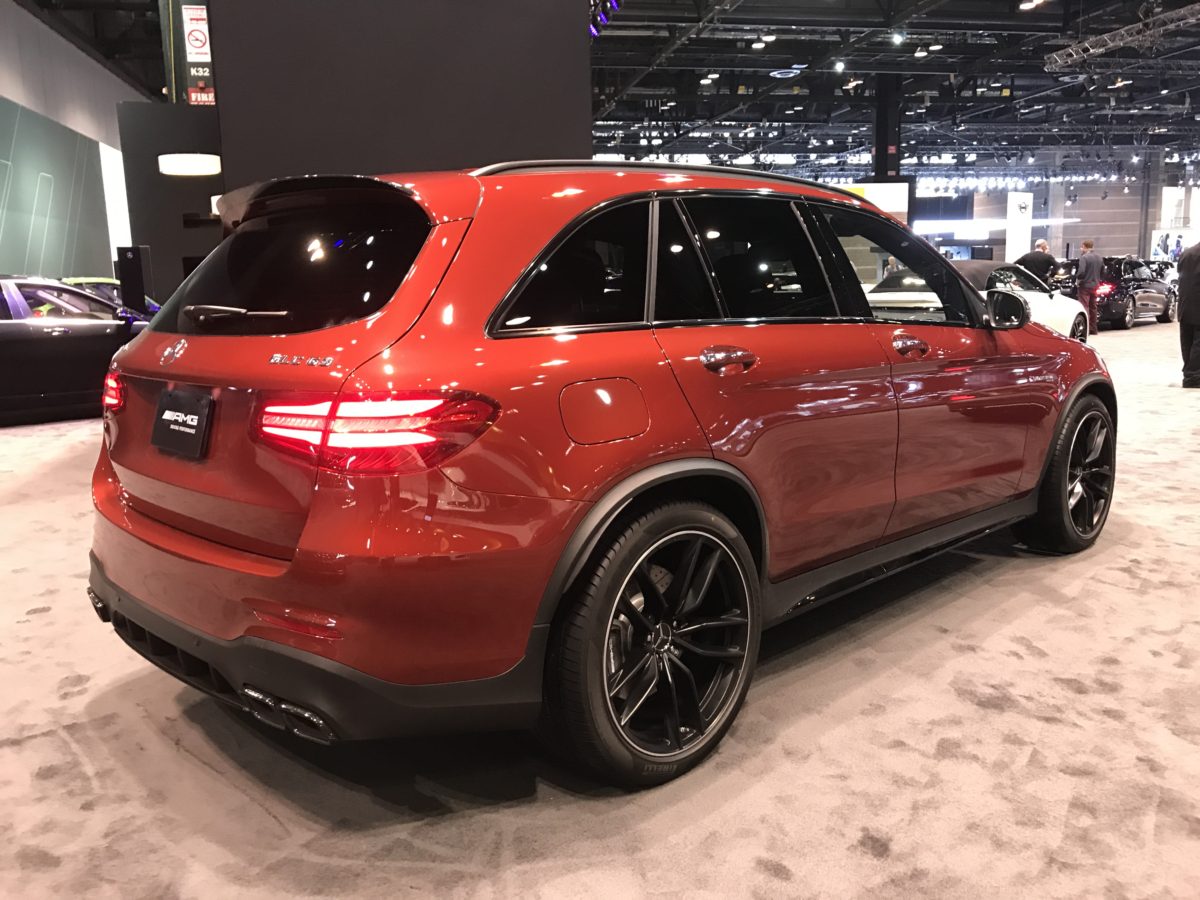 If there was ever a vehicle to change my mind about the proposition of crossover ownership, this is it. A version of AMG’s bawdy 4-liter biturbo V8, churning out 469 horsepower and 479 lb-ft? And the AMG GT’s bullet-shaped oval grille to go with it? Yes, please. Double yes. If Mrs. Kucek plays her cards right, she might not have to work too hard to convince me into one of these someday… 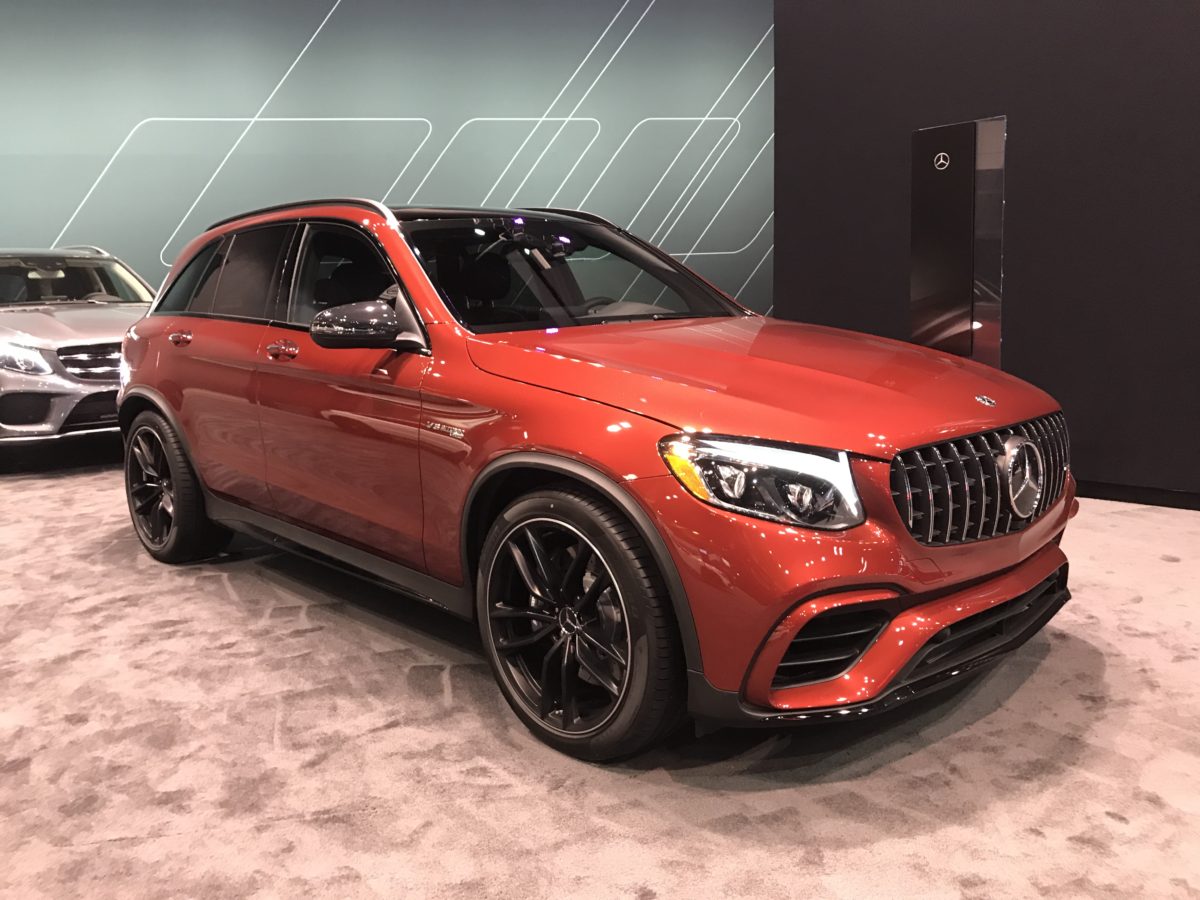 Porsche 911 Carrera T
My most wanted

As is so often the case with great Porsches, the 911 Carrera T isn’t so much about the parts that have been added – this is still an entry-level Carrera with 370 hp, after all – but rather what has been removed. In this case, it’s a little weight, a few options, and a whole lot of reasons as to why you shouldn’t put one in your garage. Don’t forget to get your garage ready for this beautiful automobile, by checking out the benefits of a concrete epoxy floor for your car to be stored on in a safe and clean environment. This one had the optional lightweight carbon bucket seats, which hug in all the right places and are mounted oh-so-low, as well as the standard 7-speed manual gearbox, which snicks into gear with all the precision and positivity you’d expect from a 911. It’s hard to call a two-seater with 370 horsepower that starts at north of $100 grand a “good value”, especially when you can get a Corvette Z06 with nearly double the firepower for less, but there are certain intangibles at play here that make the T feel like the sweet spot within the 911 range. That is, unless you can afford the… 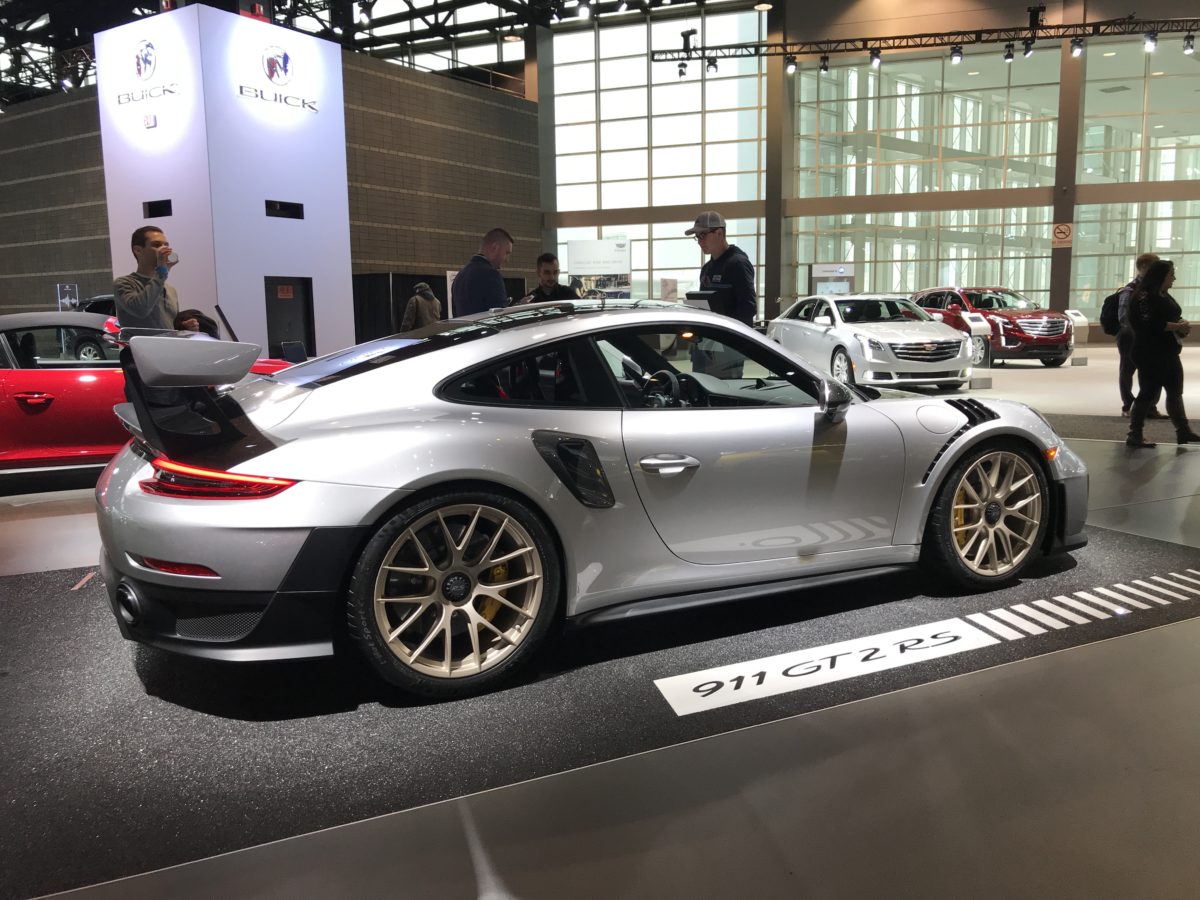 Alright, scratch that. The 911 T simply isn’t “mega” enough, to coin an overused British expression. Just give me the GT2 RS, preferably with the Weissach package that saves a whopping 40 pounds and costs a mere 31 grand. Totally worth it. I mean just look at this headrest embroidery! 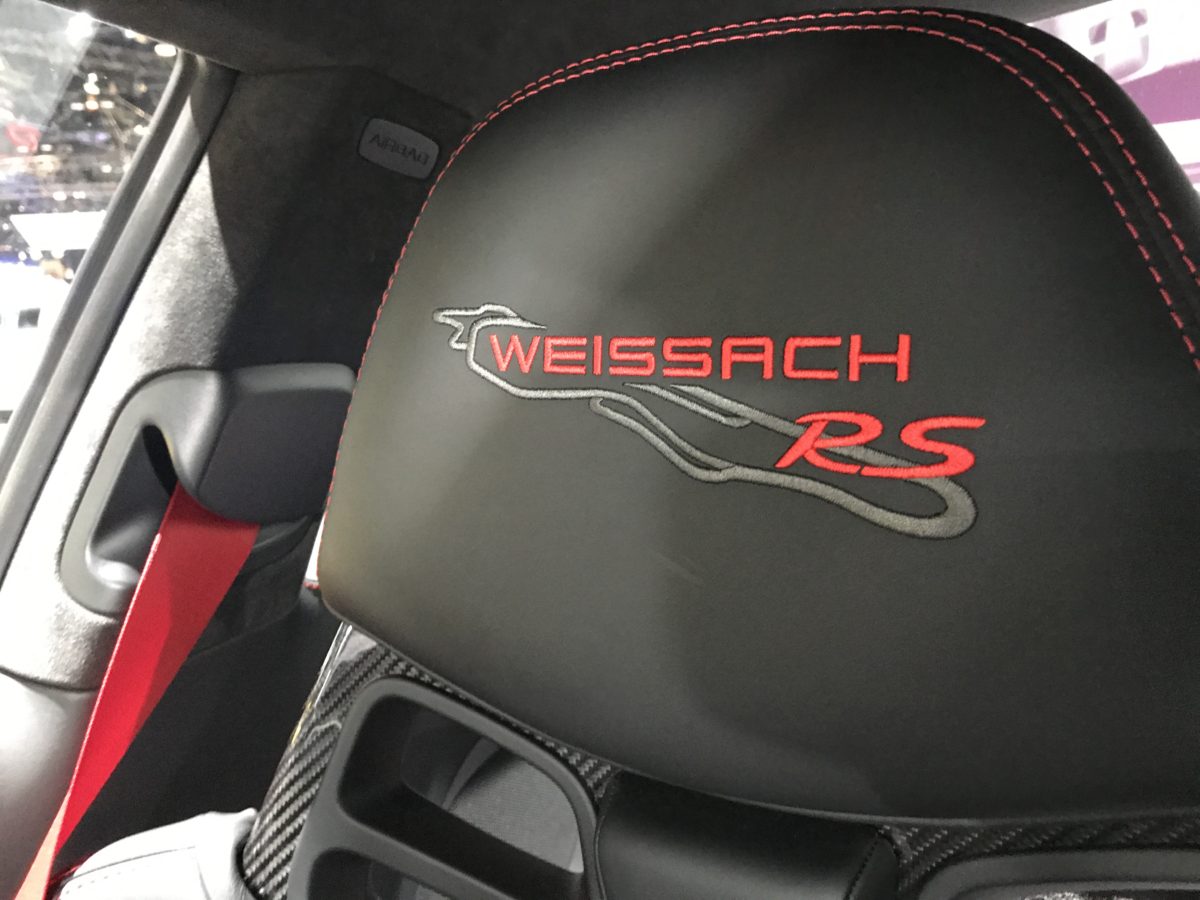 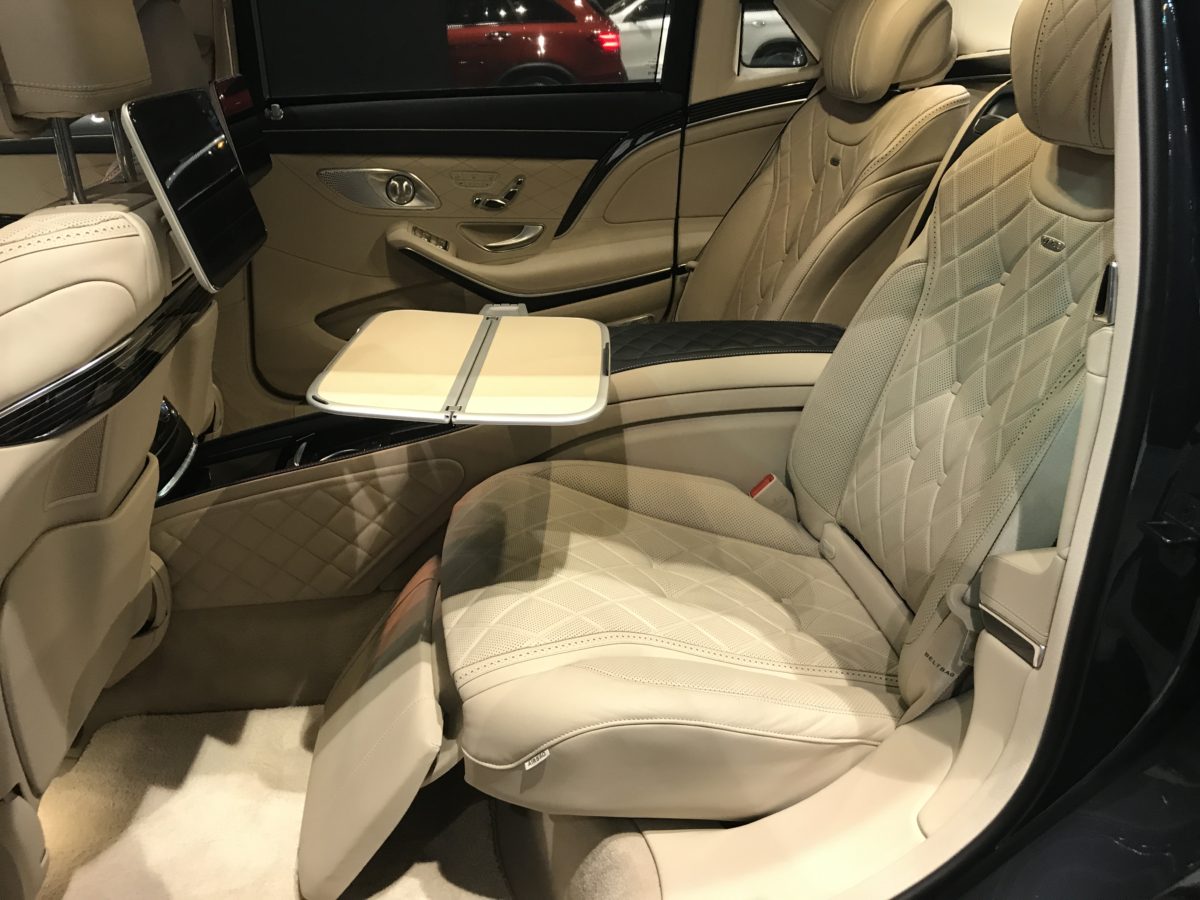 I’m not sure quite who buys these things to actually be driven around in, but make no mistake, the rear seat is the proper place to be sitting in a Maybach S650. If the powered leg rests and retractable tray tables aren’t too far over the top for you, then perhaps the wine fridge between the rear seats is. But then again, it’s just so damn cosseting…so why not, Mr. Hostile Corporate Takeover? You’ve earned it. 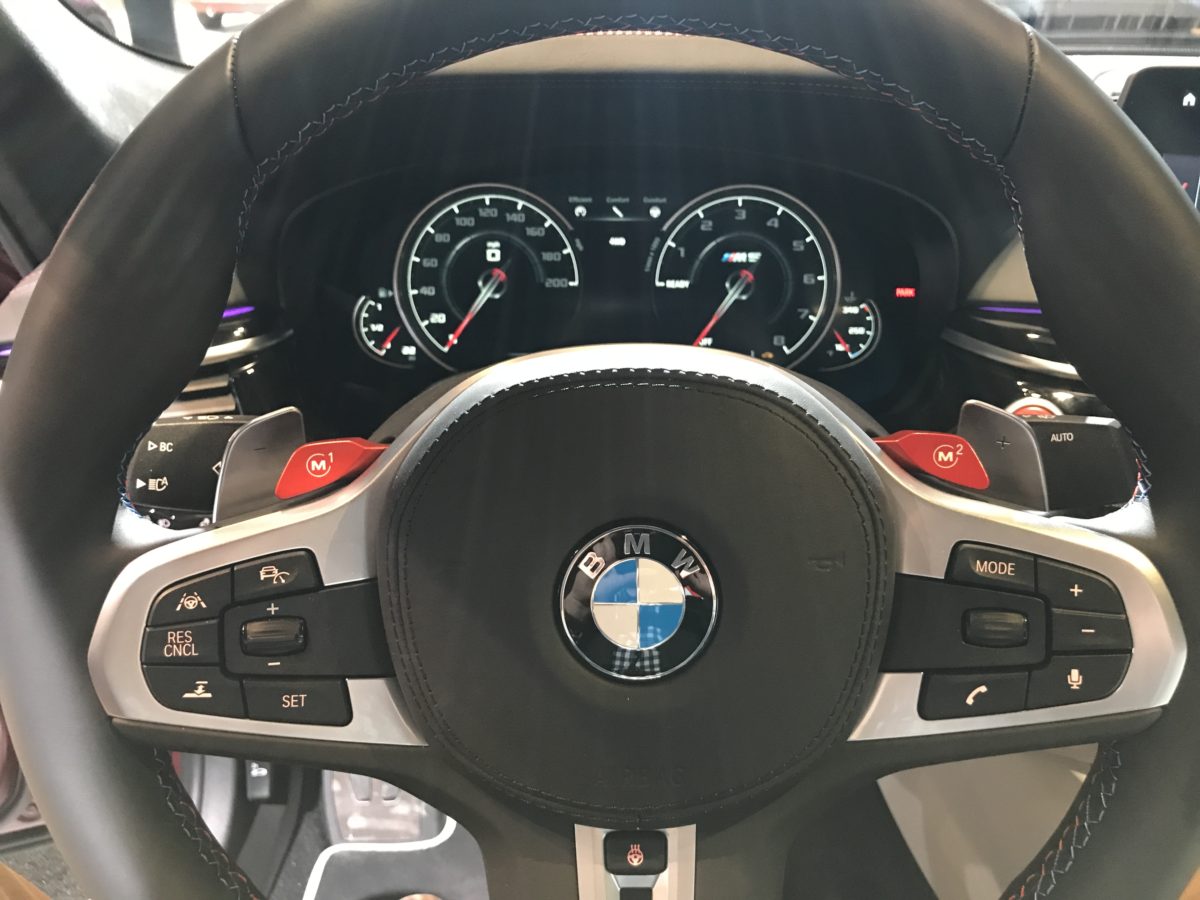 Bright red, shiny driving mode buttons? What has become of the BMW we once knew and loved? 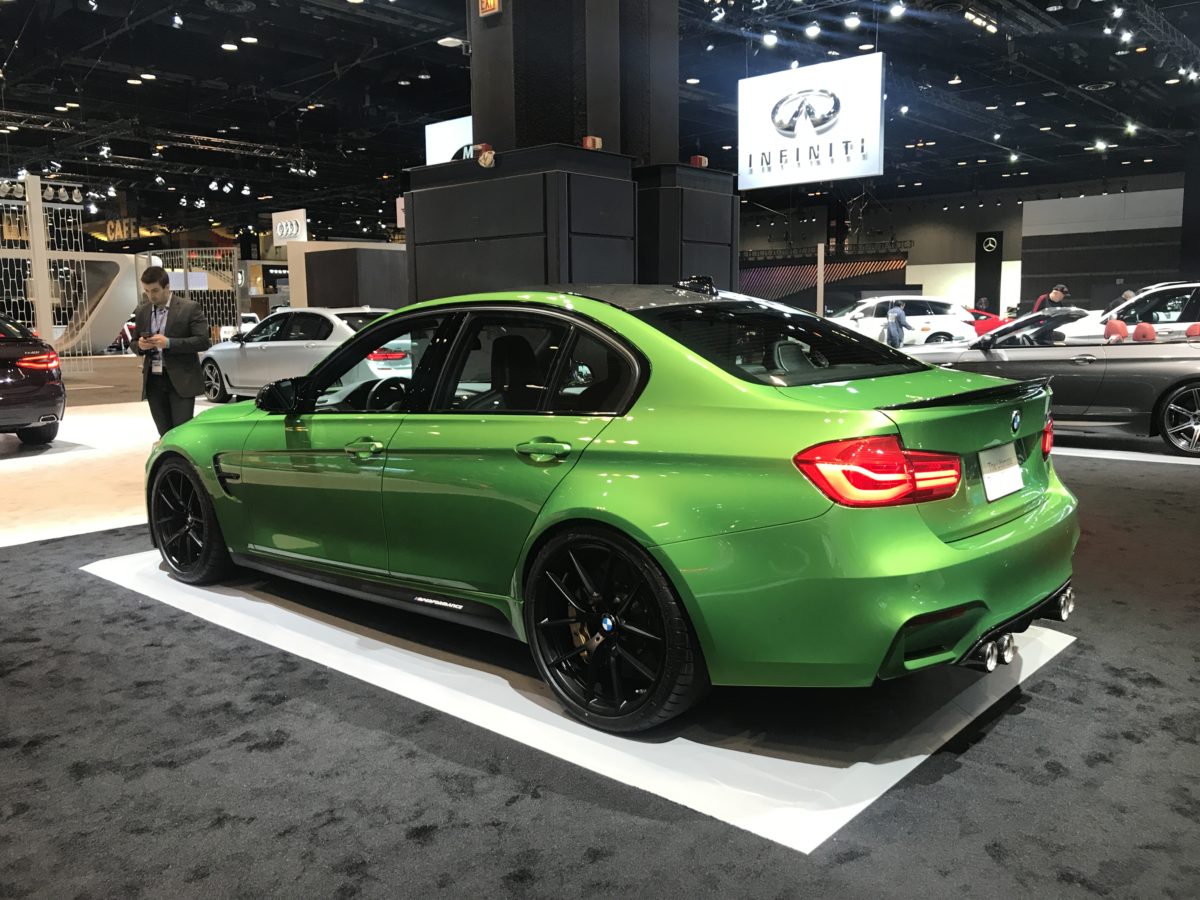 And then there’s this thing; I can certainly abide the color, but again, flashy styling cues seem incongruous with BMW’s driver- (and technology-) focused ethos.

Acura NSX GT3
Most understated use of carbon fiber 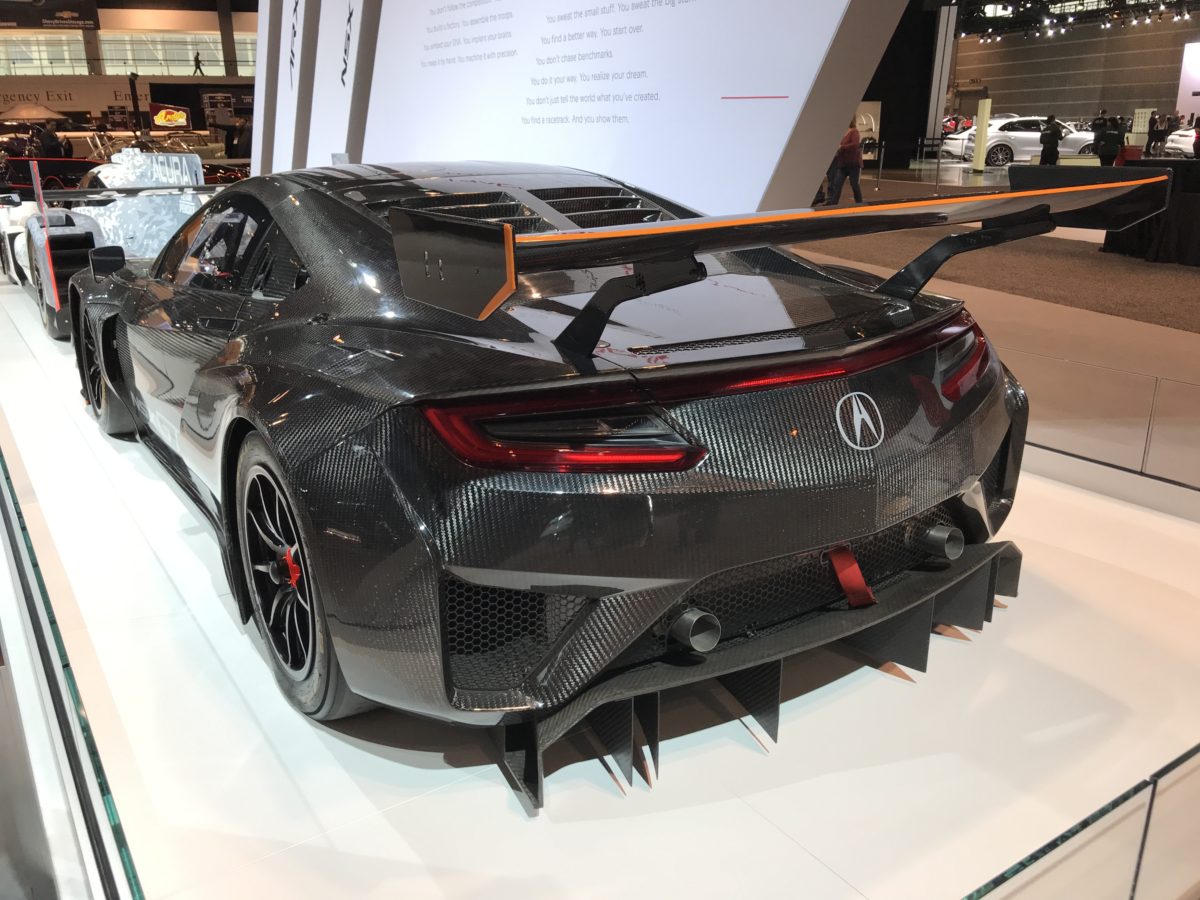 Let’s end this one with a bang. Outstanding.