Rumors of a mid-engine Corvette as a successor to the C7 Corvette have been flying all the way back since 2004, with the first spy shots coming out in 2005. Along the way, enthusiasts have made just about every guess you could imagine about what this next-generation Corvette would be.

Well, the long wait is over and the speculation can stop. Behold the mid-engine 2020 C8 Chevrolet Corvette.

There’s no need to bore anyone with all the PR verbiage that goes into every detail about the C8 Corvette, but there are some key facts that everyone wants to know.

So What’s It Called?

As no real surprise to anyone, it retains the Corvette Stingray name.

What Kind of Engine Does It Have?

The C8 Corvette features an all-new 6.2-liter V8 dubbed the LT2 which sits behind the driver, making the C8 Corvette a true mid-engine sports car.

How Much Power Does It Make?

Will The 2020 Corvette Stingray Have a Manual? 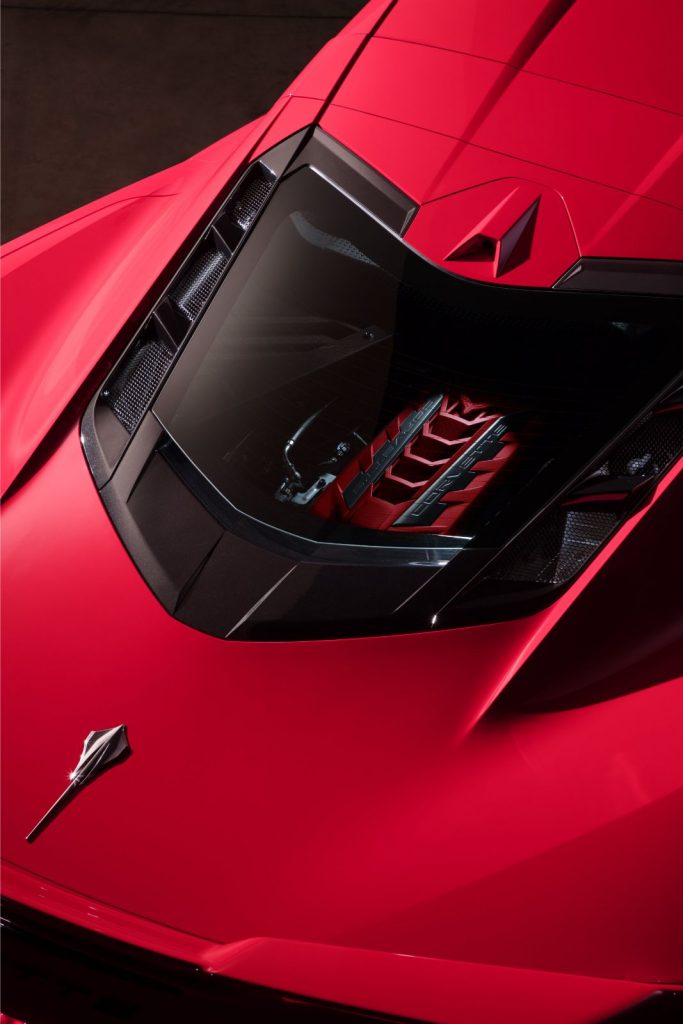 How Fast Is It? 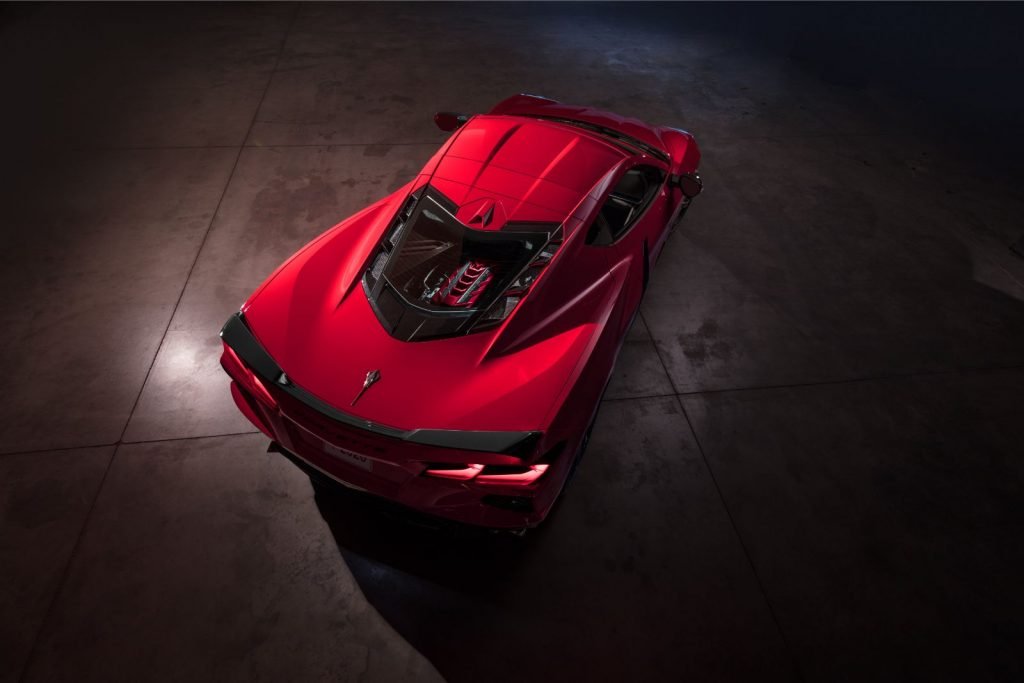 This Is Going to be Expensive, Isn’t It?

Probably the most mind-blowing figure about the C8 Corvette Stingray is that Chevrolet says it will start right around $60,000. That’s right, it’s still one of the best sports car values you can buy. 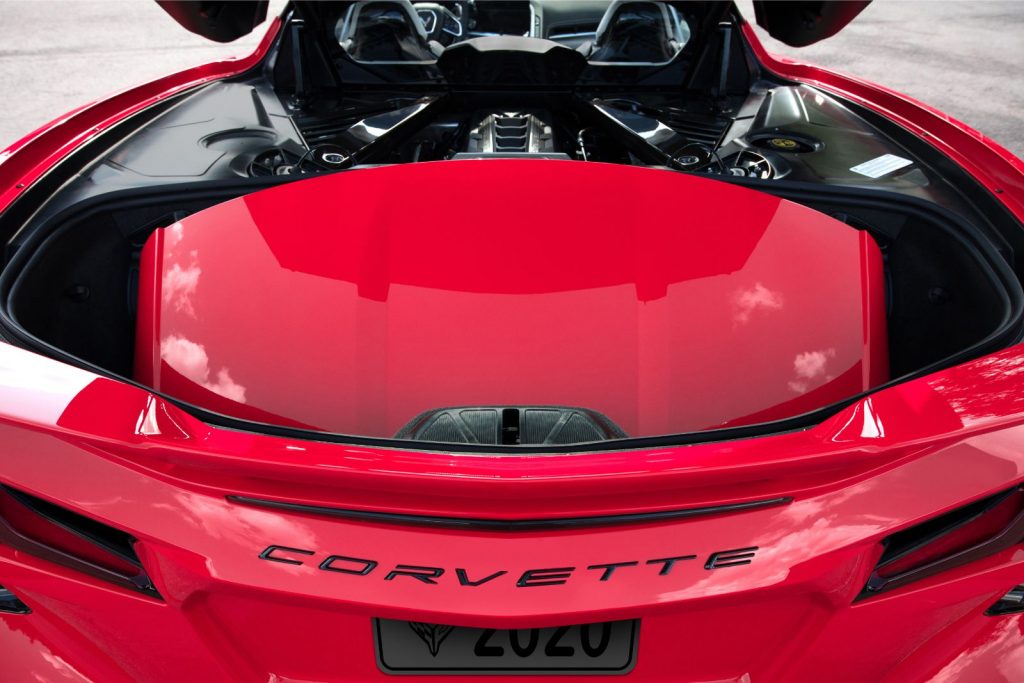 The new 2020 Corvette Stingray has a bit of a controversial interior layout, with a huge wall of buttons dividing the driver from the passenger. Chevrolet says the interior was inspired by jets. I’m not sure personally if that’s a good thing or not based on the photos. We’ll see what it is like to use in practice soon enough. 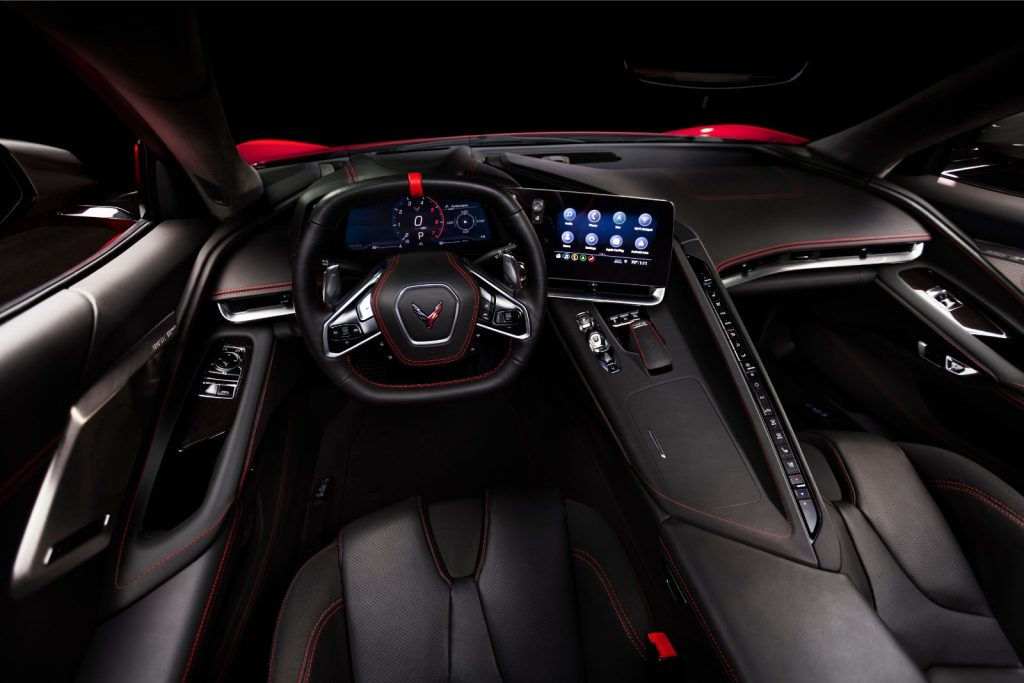 As seen in the photos, the 2020 Corvette Stingray still retains a Targa top which can be stored in the trunk. Speaking of the trunk, Chevrolet has designed the C8 Corvette with enough cargo space out back to hold two golf bags, along with a cargo compartment for smaller bags upfront.

Another cool detail on the 2020 Corvette is the ability for owners to set locations where the front end of the Corvette needs to lift for clearance, and it will do so automatically using GPS. Hopefully, the days of painfully scraping the nose of your Corvette getting out of the driveway are over.