Porsche pulled the wraps off the much anticipated all-electric Porsche Taycan today in an event that spanned three continents. Porsche revealed the Taycan Turbo S and Taycan Turbo models, which will sit at the top of the Taycan lineup. 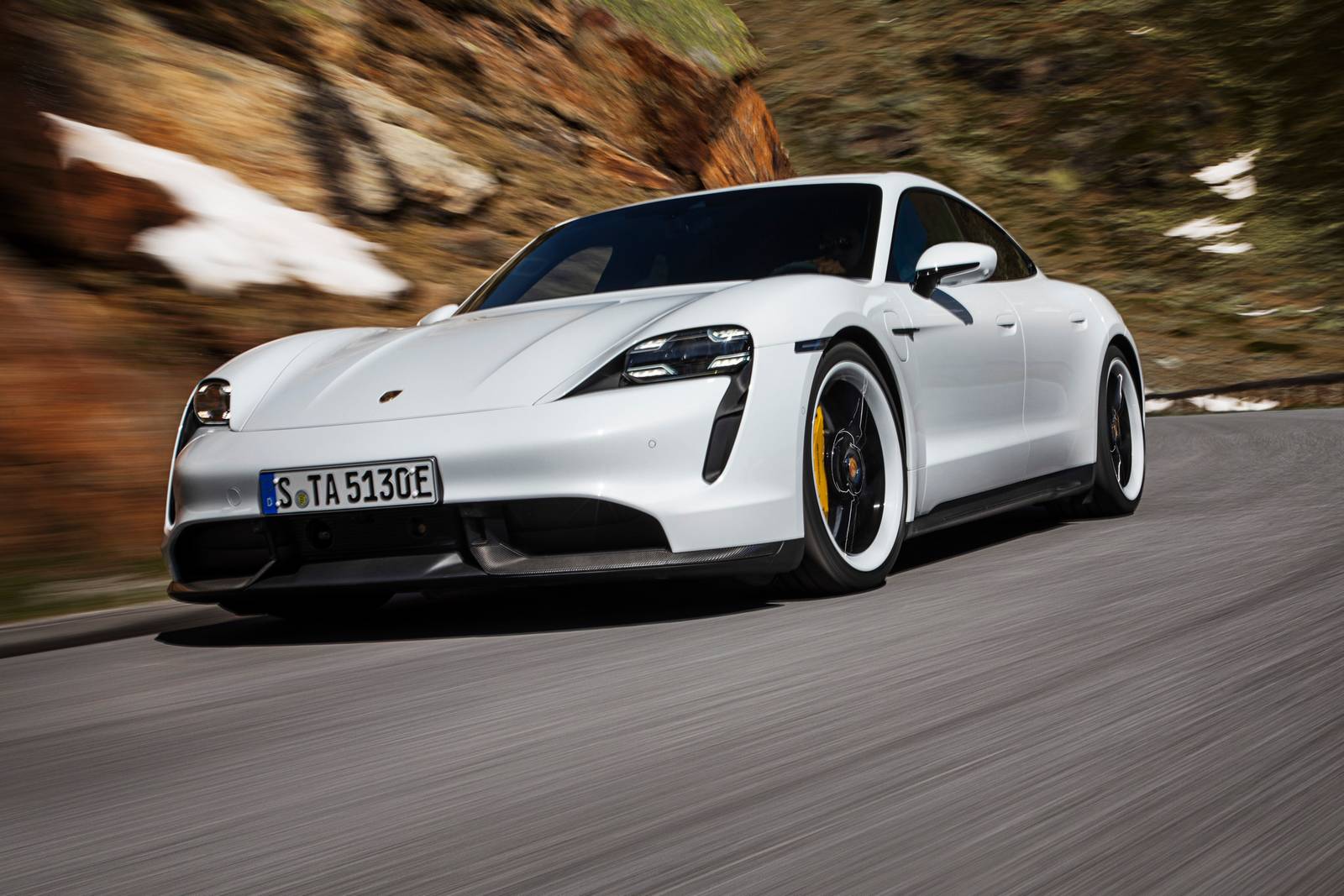 Based on an all-new Porsche electrified platform, the Taycan is the first production vehicle to feature an 800 volt system, rather than the more commonly used 400 volt system used in other electrified cars. This gives the Taycan’s 93.4 kWh battery an 80 percent State of Charge in just 22.5 minutes with the proper charger. The Taycan uses a standard SAE J1772 charger connector.

Power is generated by two electric motors located on the front and rear axles, giving the Taycan all-wheel drive. The electric motors, transmission, and pulse-controlled inverter are combined to form a single compact drive module. A Porsche developed two-speed transmission is installed on the rear axle, which is the first of its kind. First gear is designed for off the line acceleration, while second gear is meant for efficient cruising at high speeds. 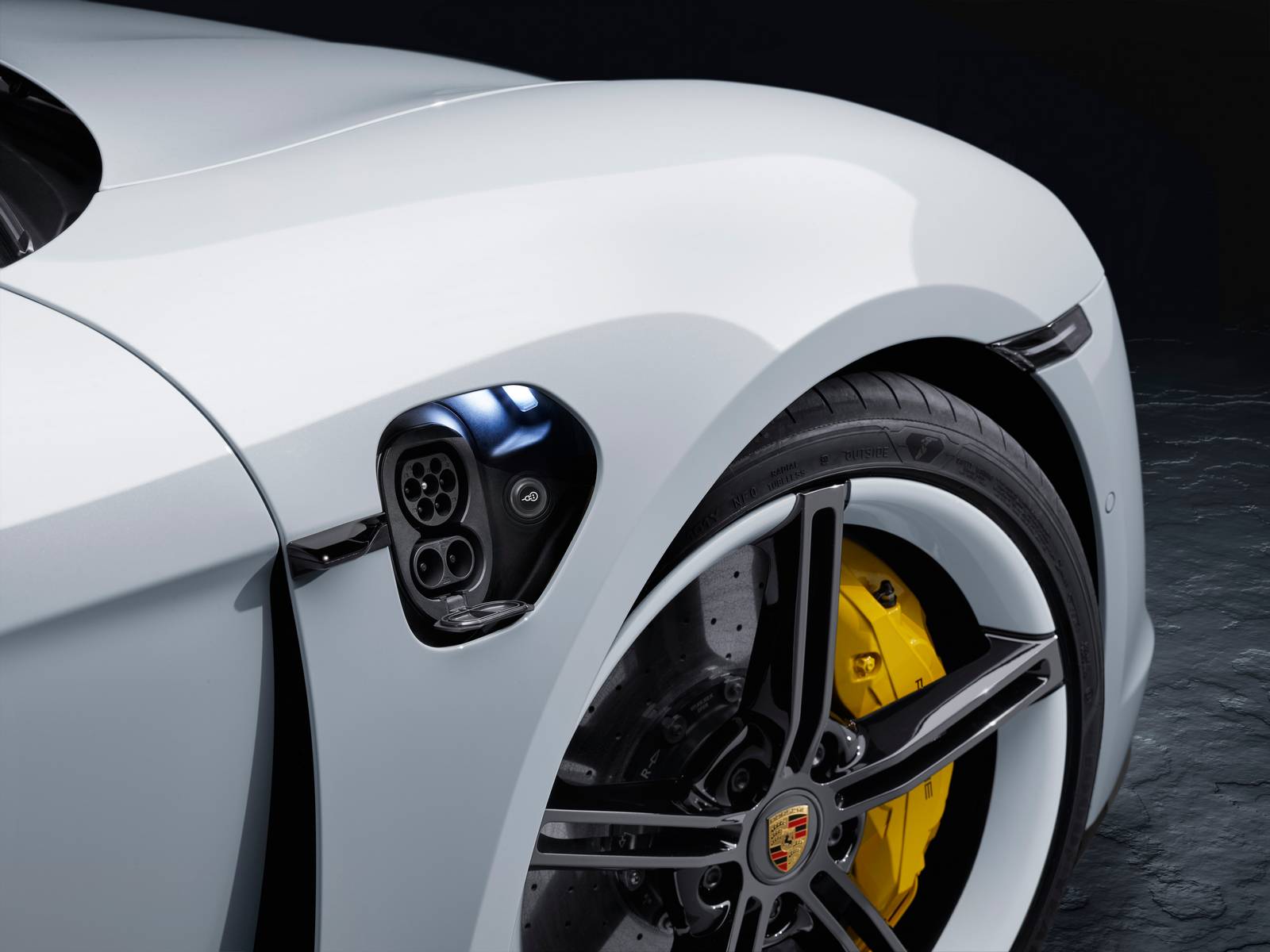 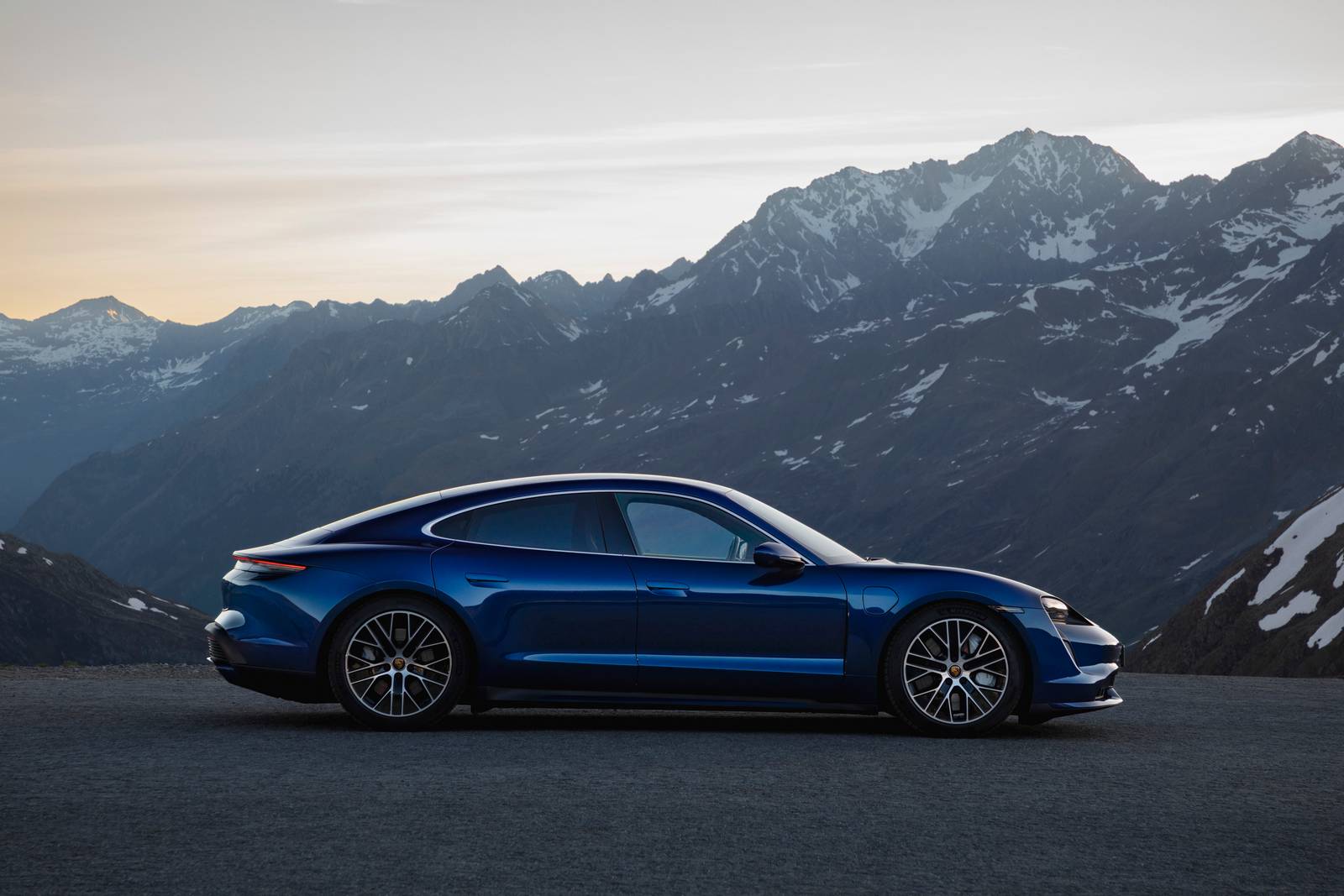 Porsche has designed the Taycan with Porsche DNA clearly visible throughout the car. The sleek shape of the Taycan gives it a coefficient of drag value of just 0.22, giving the Taycan an aerodynamic advantage to lower energy consumption and increase the overall range.

The interior of the Taycan is driver-focused with a curved instrument cluster forming the highest point on the dashboard. The center screen features a 10.9-inch infotainment display, while a third optional passenger display combines to create a seamless looking display area across the dashboard.

Porsche has reduced the number of physical buttons from a traditional Porsche product, instead of relying on intelligent touch or voice operation. The Porsche voice assistant can be beckoned by saying “Hey Porsche”.

The Taycan will feature an optional leather-free interior for the first time in a Porsche. Porsche is focusing on sustainable recycled materials for the interior. The Taycan features two luggage compartments in the front and rear of the car, with 2.8 cubic feet and 12.9 cubic feet of cargo space respectively.