With a seemingly endless number of crossovers available for consumers to choose from, Chevy aimed to forgo anonymity with the aggressive Camaroesque styling found the 2020 Blazer RS. Forget the body-on-frame Blazers of years past, as the new Blazer brings on-road performance and style to buyers searching for the practicality afforded by a modern crossover. 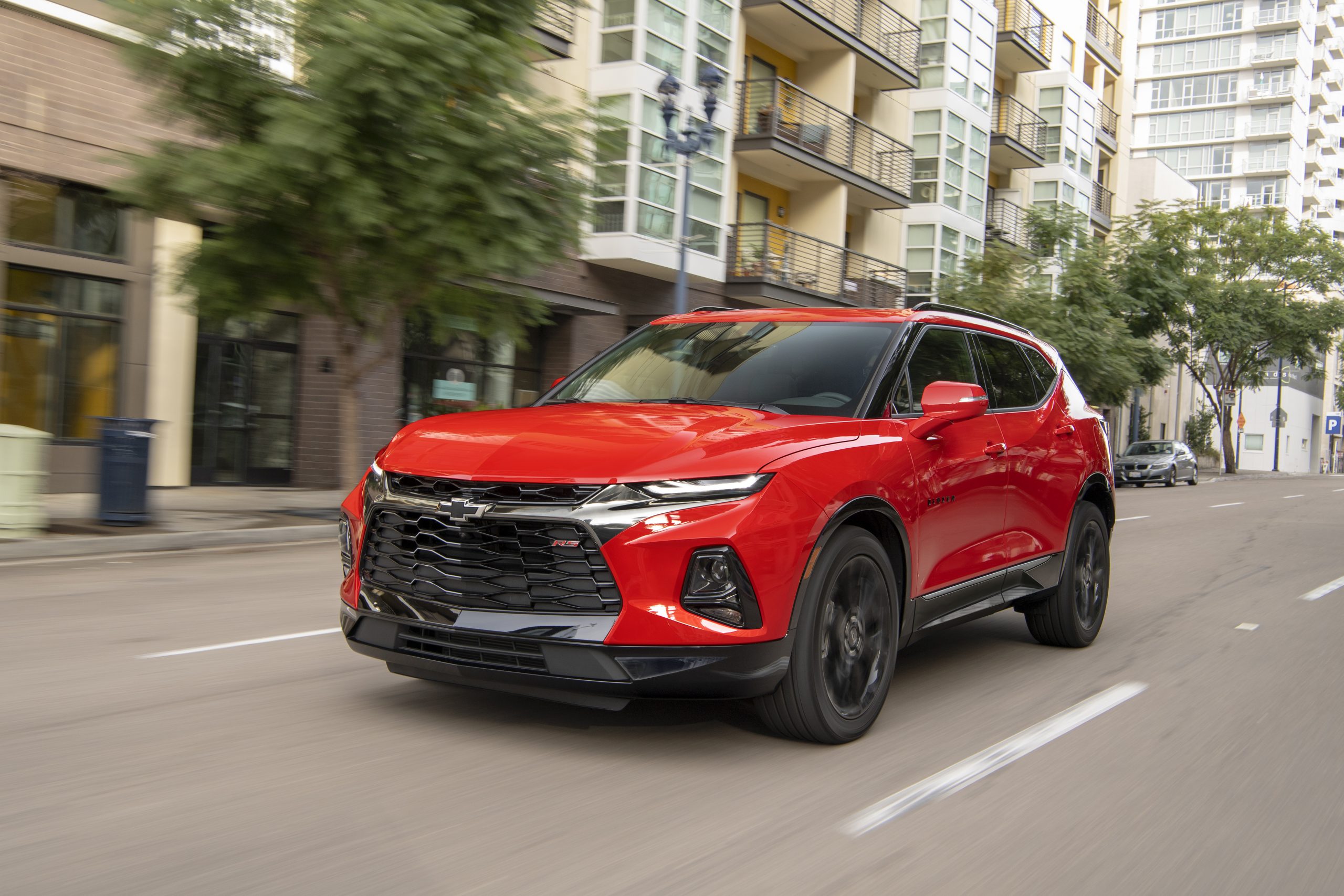 Whether or not you agree with a crossover wearing the Blazer name, it’s hard to argue with the aggressive and athletic styling of the 2020 Blazer RS. The Blazer has chiseled fenders, a low-profile roof, and a front end that looks like it came straight from the high-performance Camaro lineup. The Blazer’s styling certainly helps it stand out in a parking lot. 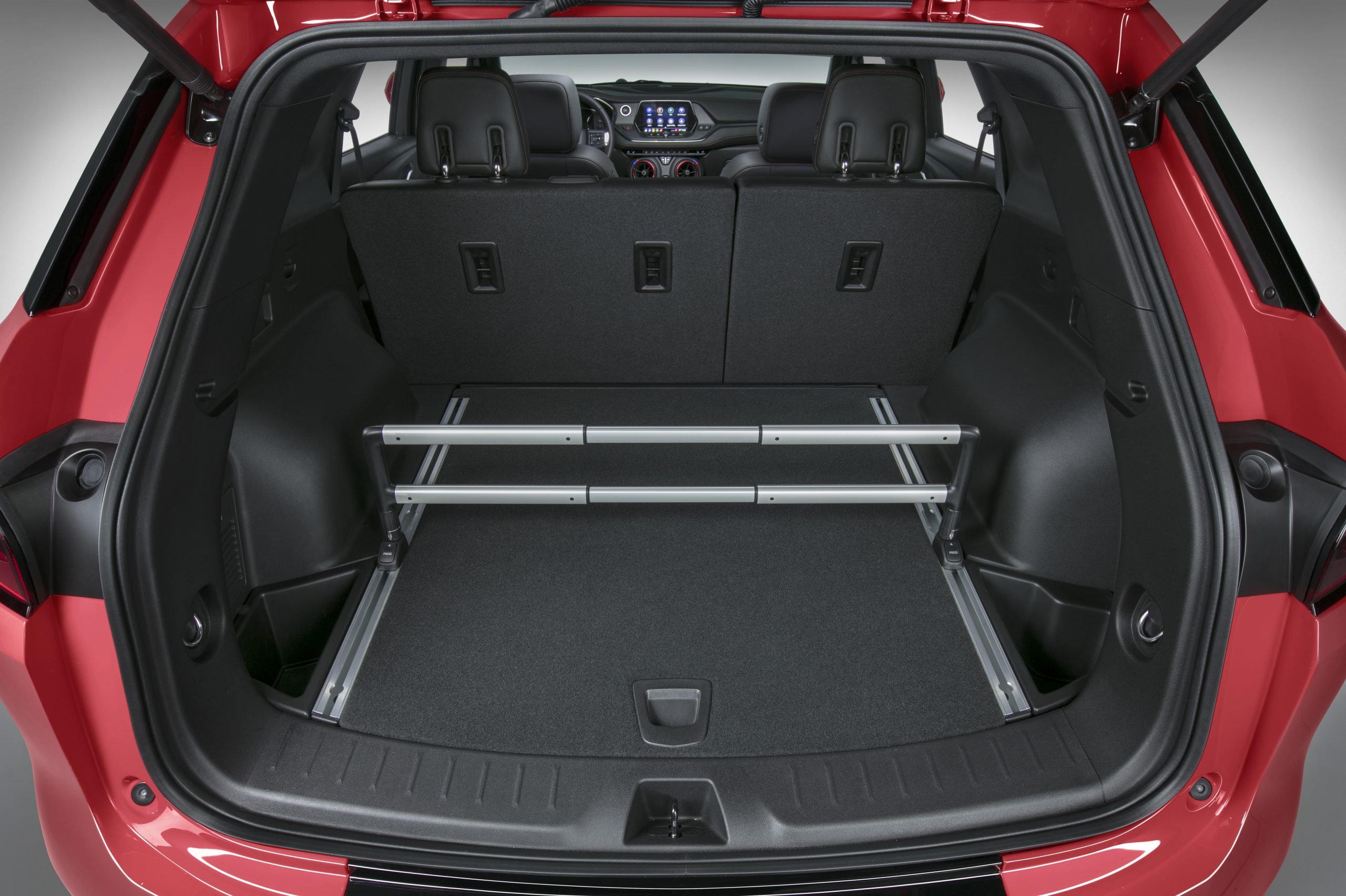 Those issues aside, the Blazer RS interior is attractive and is loaded full of the latest technology Chevrolet has to offer. Leather seats have contrasting stitching, as well as heated and ventilated functions. The 8.0-inch touchscreen infotainment system is very responsive and fast. The UI/UX is clear and easy to use, with just about any feature only three presses away at most. Apple CarPlay and Android Auto with wireless charging are included, as well as navigation functionality, if you prefer not to rely on your smartphone. The eight-speaker Bose system is adequate, if not fantastic. The RS also includes a total of six USB ports (including USB-C) and an easy to read 8.0-inch digital gauge cluster for the driver.

Other interior bells and whistles include 4G LTE hotspot functionality, a rear bench seat that reclines as well as slides, and easy to access USB ports. A 120v outlet is also available on the RS. There is no shortage of safety technology with the Blazer RS, either. Blind-spot monitoring, rear cross-traffic alerts, forward-collision warnings with emergency braking, lane departure and lane keep assist, and adaptive cruise control are all available on Blazer RS models.

From a performance standpoint, the Blazer RS is a little more crossover than it is Camaro at heart. The Blazer RS comes standard with the 308-horsepower 3.6-liter V6 engine, which is mated to a nine-speed automatic transmission. Our Blazer RS tester was equipped with the optional all-wheel-drive system.

The Blazer RS is one of the quickest in its class, and always has plenty of power available for any driving situation. Zero to Sixty is reached in the low 6-second range, finishing the quarter-mile in the upper 14-second field. Keep in mind that Ford Edge ST, another performance-oriented crossover, is slower than the Blazer in these areas despite having more power. That’s not a knock on the Edge, but a definite kudos to the Blazer’s performance. The Blazer RS feels sharp in day to day driving with quick steering that gives enough feedback for a crossover, and braking performance that also stands at the head of its class, lagging only behind the Edge ST.

Pricing for the 2020 Blazer starts at $29,995 for the FWD Blazer L with the 2.5-liter 4-cylinder engine and tops out at $46,795 before options for the Blazer Premier AWD. Our Blazer RS AWD trimmed tester starts at $44,595 but can kiss $55k when all the option boxes get checked. That’s a large chunk of change and puts the Blazer RS into European crossover territory in terms of price. Actual transaction prices are likely to be much lower, but it’s still worth mentioning.

Compromises and costs aside, the 2020 Blazer RS is a competent crossover that will meet the needs of any buyer looking for a fully-loaded feature set with unique styling and more performance-oriented driving experience.